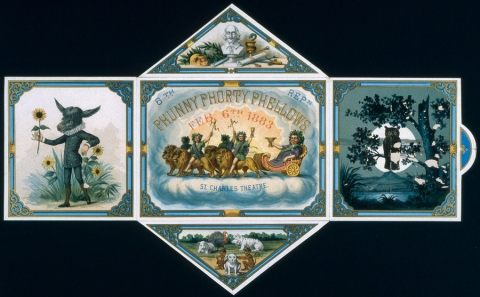 For most Americans, New Year's Day marks the end of the Christmas season. New Orleanians, however, still retain the ancient Christian holiday of Twelfth Night in their holiday calendar, since it not only ends the Christmas season, but begins Carnival season, which lasts until Mardi Gras - Fat Tuesday - a floating holiday which can land anywhere from February 3 to March 9. In 2015 Mardi Gras will be on February 17.
Read More... 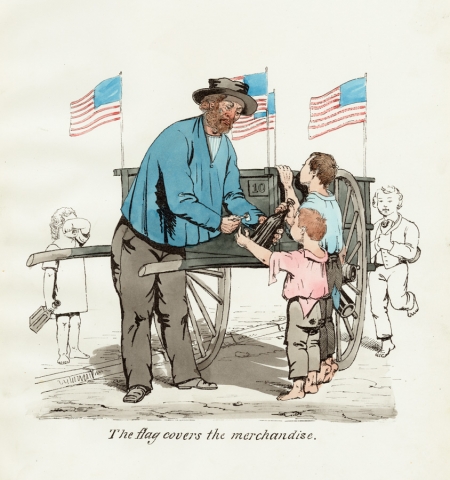 Today the French Quarter is one of the world's premier adult party destinations, and children are not generally part of the scene. That has not always been the case, though. Prior to the mid-20th century, kids were an ever-present part of the Quarter's environment. Notable New Orleanians who spent their childhoods in the Quarter include mid-19th-century chess great Paul Morphy, composer Louis Moreau Gottschalk, clarinetist Pete Fountain and exercise guru Richard Simmons.
Read More... 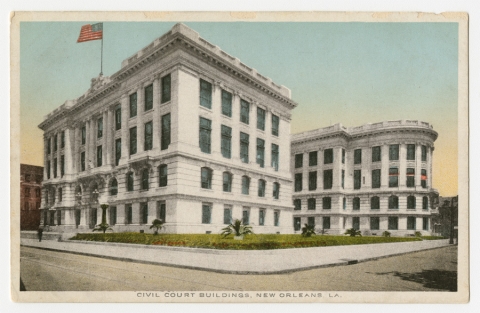 The movie industry has become an important part of the Louisiana economy, with the lush and diverse landscape and architecture serving as the setting for dozens of films over the years. While a popular choice for filmmakers today, before the 1950s location filming was rare, and movies set in New Orleans were generally filmed on constructed sets in Hollywood, California.
Read More... 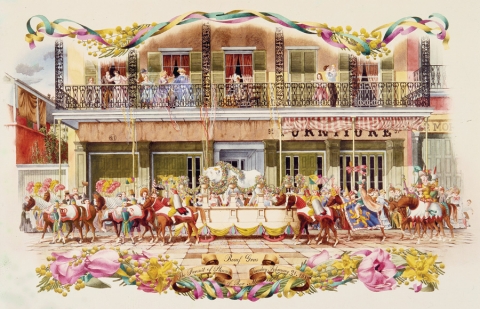 One of the most instantly recognizable architectural features in the French Quarter is the lacy ironwork that lines many of its narrow streets. For numerous Mardi Gras participants, the Quarter's ironwork balconies - which are attached to buildings and supported by brackets, as opposed to galleries, which cover the sidewalk and are supported by iron poles - are considered prime party space. Here partiers gather to watch the passing parade of street revelers and lavishly costumed marching groups, as well as toss coveted plastic beads to people begging for them from below.
Read More...

Out with the Old, in with the New: Crescent City Holiday Traditions 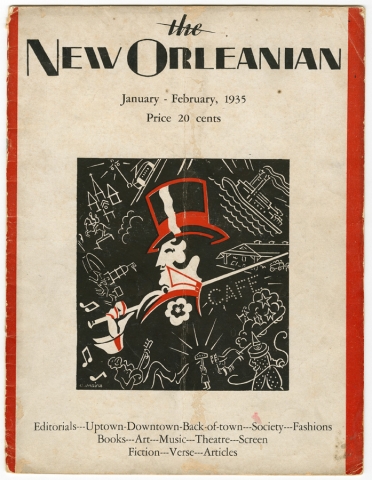 Not until the 18th century was January 1 regarded by most European countries as the start of the New Year. Eventually celebration on this date - or, especially, on New Year's Eve - was not only accepted but marked by convivial gatherings of bounteous good cheer. Boisterous New Year's parties have long been a part of life in New Orleans. Like Christmas and Mardi Gras, the holiday was introduced when the city was a French colony and reinforced later by European immigrants who helped populate the city.
Read More...

Turning on the Streetlights in the French Quarter 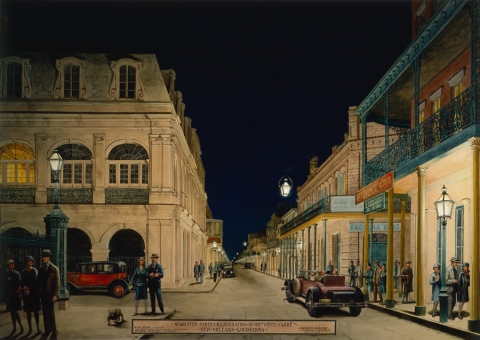 Whether one believes in ghosts and vampires, or just imagines footsteps in the dark, the Crescent City's French Quarter, with its worn walls and overhanging galleries, helps one conjure up thoughts of such things. The Quarter is a wonderfully exotic place that can be made eerier by night, although long ago this was undoubtedly truer, since today's bright lighting tempers the gloom and shadow.
Read More...

Down by the Riverfront in the French Quarter 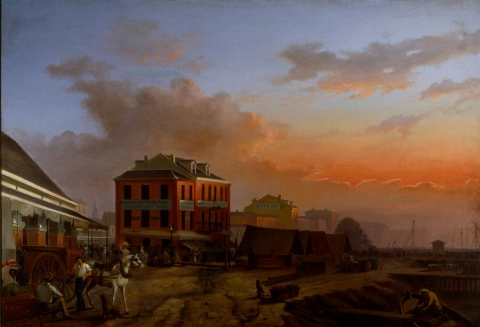 "The Crescent City" - the traditional nickname of New Orleans - refers to the Mississippi River's sweeping bend at the French Quarter, the site of the original city, founded in 1718. The Quarter is on the river's natural levee - ancient silt deposits from floods that created ground higher than found in nearby swamps - but its location was flood-prone, necessitating the construction in 1722 of a low levee that has since been considerably expanded.
Read More... 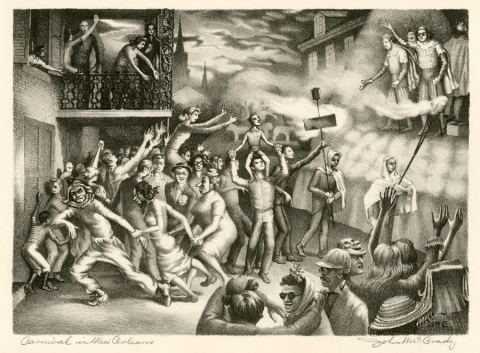 From its founding in 1718 New Orleans has annually celebrated the Carnival season, beginning on Twelfth Night and ending with Mardi Gras, to usher in the solemnity of Lent, following the Catholic tradition of the city's French founders. Costuming and exchanging roles are ancient parts of European Mardi Gras, and in 18th-century New Orleans, there were already men dressing as women and African slaves impersonating Native Americans. In 1912 the Daily Picayune said some female impersonators "made the fair feminines [sic] themselves feel ashamed ... others ...
Read More... 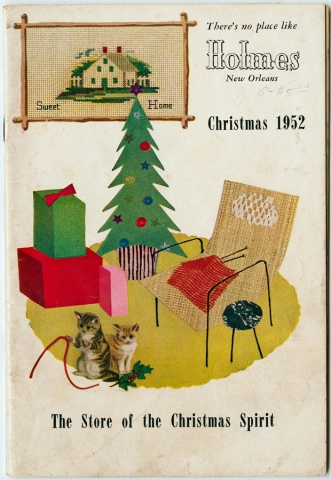 Canal Street was New Orleans's premier shopping destination between about 1850 and 1990, and most New Orleanians have fond memories of Christmas shopping there. Though Canal Street - planned in 1810 as the site of a canal, which was never built - is not in the French Quarter, the two border each other, making the street a vital part of French Quarter retail history. For Christmas shoppers from other parts of town, the Quarter was an added Christmas attraction, since its many restaurants were ideal holiday lunch spots.
Read More...

Out with the Old, in with the New: Crescent City Holiday Traditions