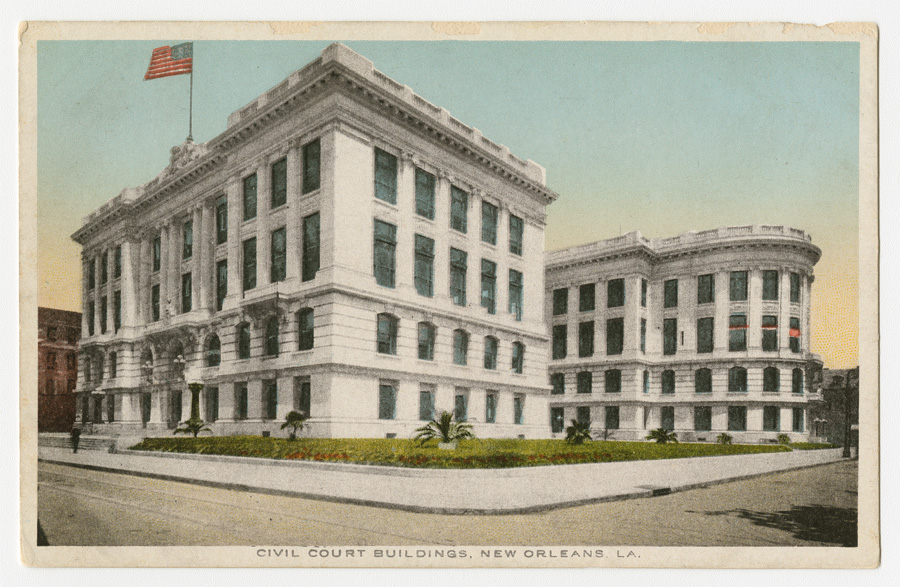 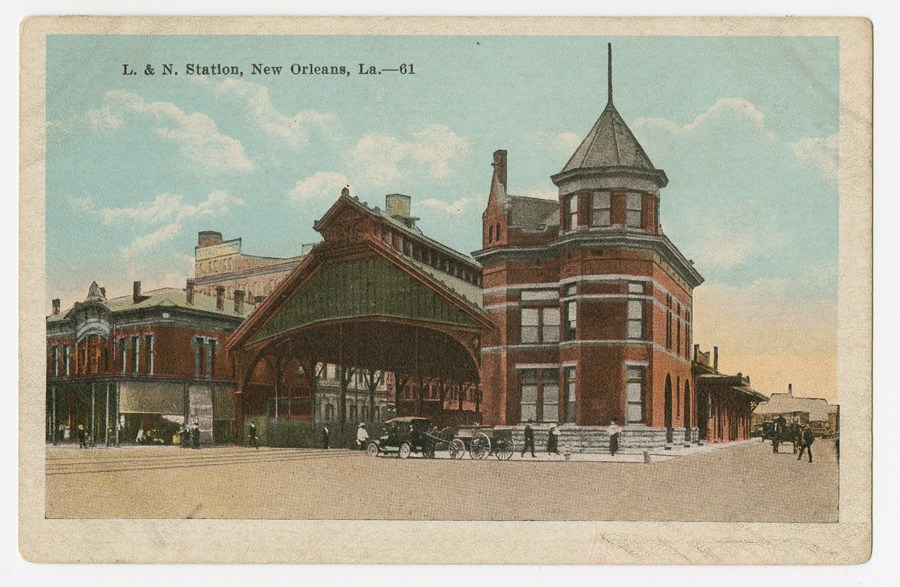 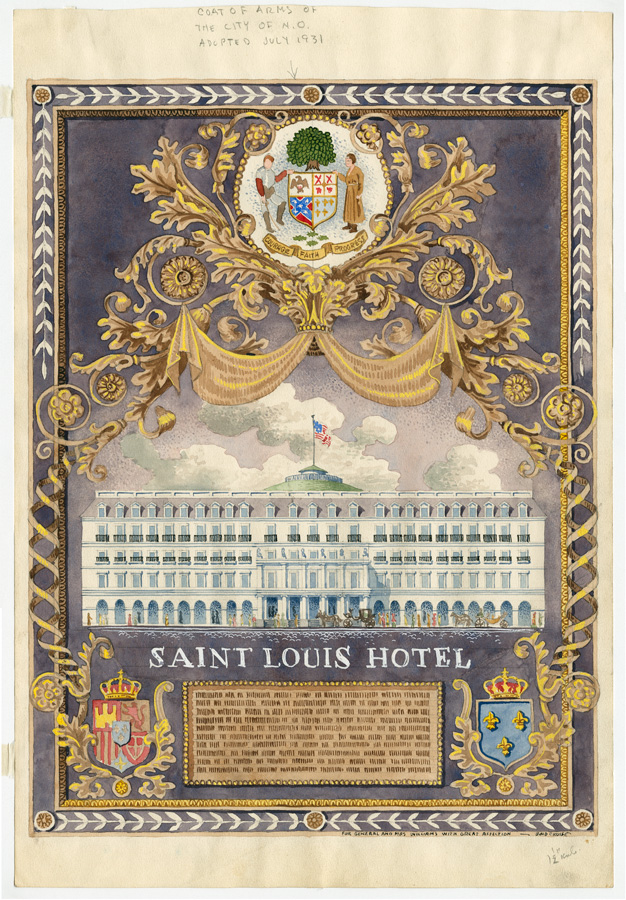 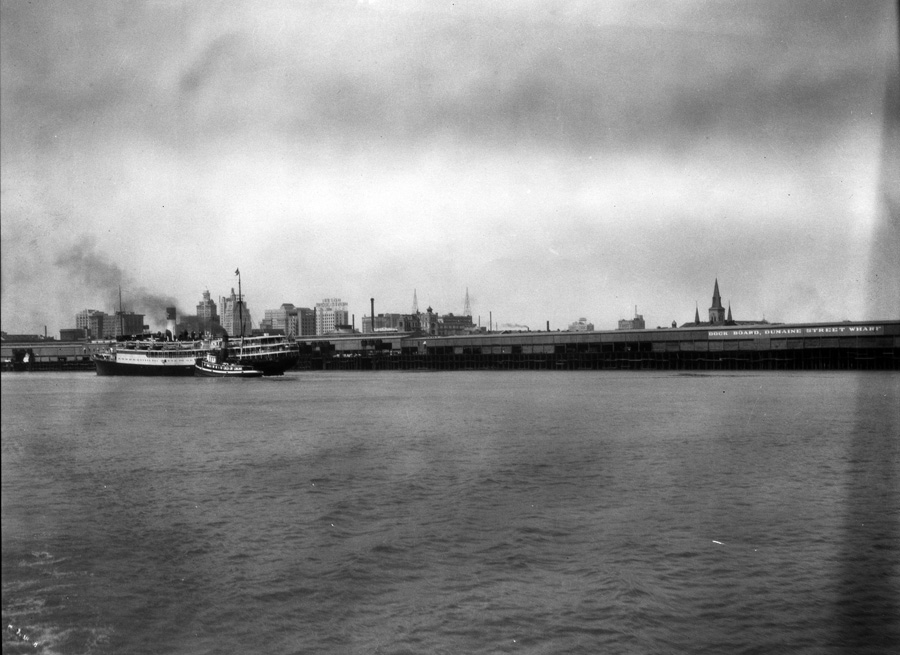 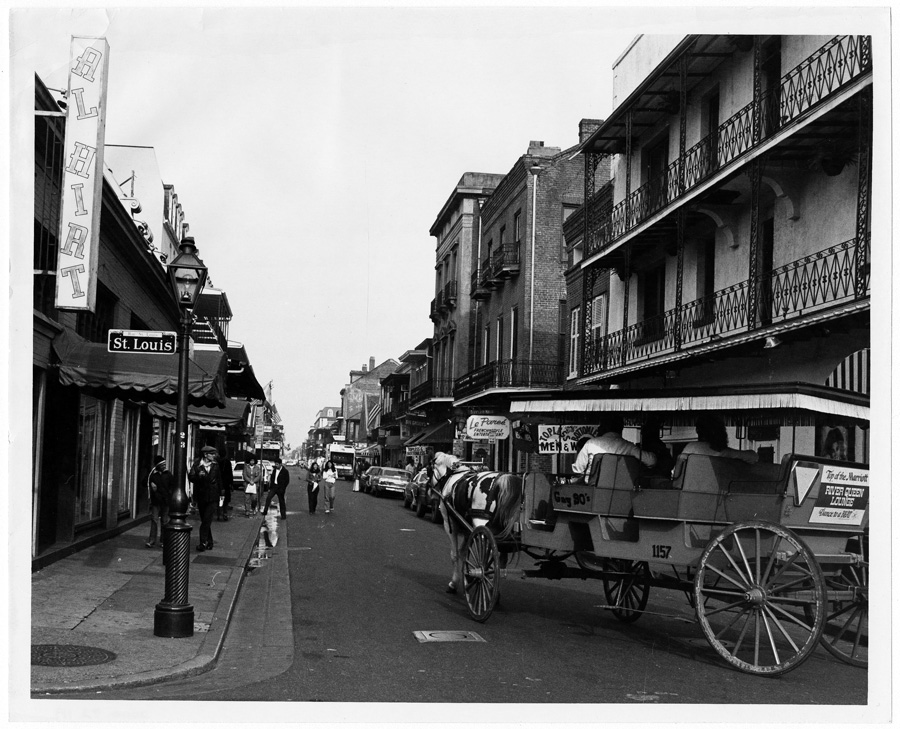 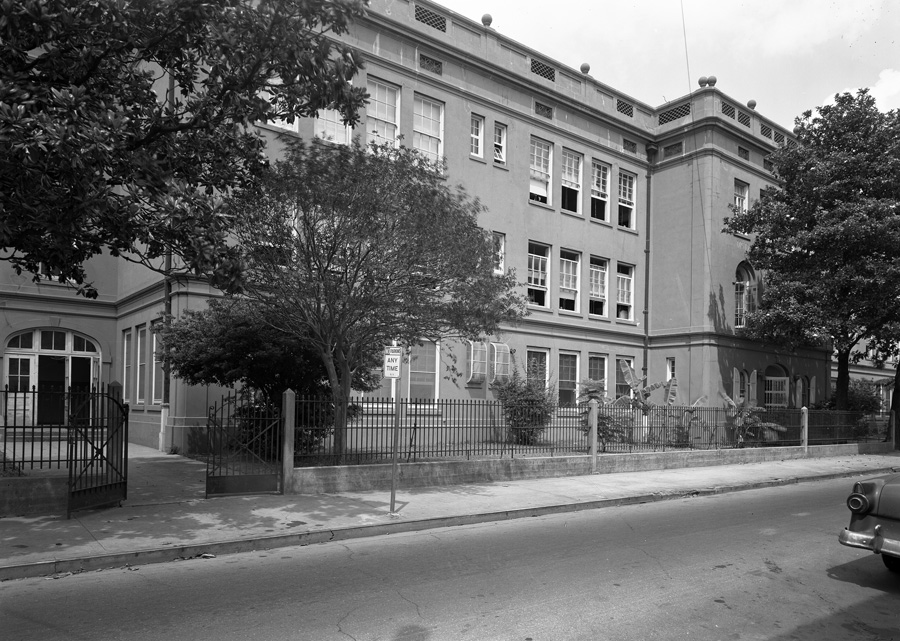 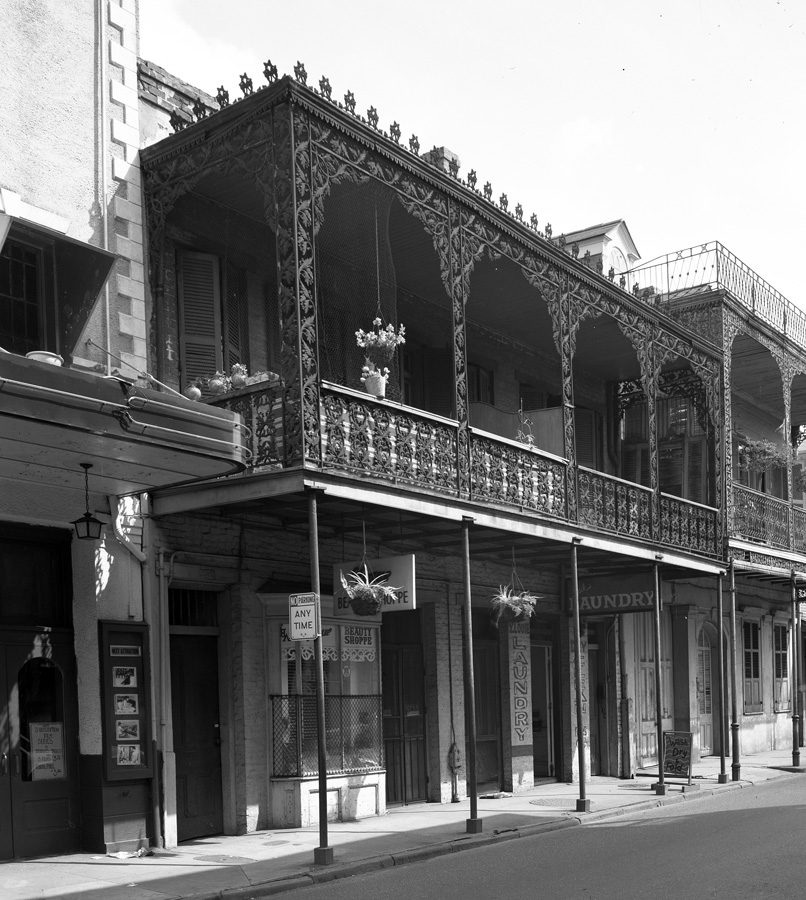 The movie industry has become an important part of the Louisiana economy, with the lush and diverse landscape and architecture serving as the setting for dozens of films over the years. While a popular choice for filmmakers today, before the 1950s location filming was rare, and movies set in New Orleans were generally filmed on constructed sets in Hollywood, California.

Not a single frame of Jezebel (1938), starring Bette Davis and Henry Fonda, was filmed here. Set in 1853, it presents the Crescent City as a wealthy, elegant place beset by a yellow fever epidemic. A featured site is the St. Louis Hotel. Built in the 1830s on the site of the present Omni Royal Orleans and demolished in 1916, the St. Louis Hotel is presented as an elegant establishment, though the ornate basement bar presented in the film did not exist. Gone with the Wind (1939) features equally elegant stage sets for Scarlet and Rhett's New Orleans honeymoon.

Louisiana Purchase (1941), an Irving Berlin musical about Louisiana corruption, stared Bob Hope and was also mostly filmed in Hollywood. While the scenes at the State Capitol in Baton Rouge are real, the glamorous French Quarter scenes are sets. A courtyard restaurant in the film exudes French Quarter character with its ironwork, while the sweeping staircase serves as a good stage entrance. The same year Flame of New Orleans debuted with Marlene Dietrich, another film in which the New Orleans scenes are all sets. Civil War era melodrama Band of Angels (1957) with Clark Gable was filmed in Louisiana's Ashland Plantation, portrayed as a sugar plantation, but the well-crafted French Quarter scenes replete with ironwork and courtyards are all California sets.

By the 1950s New Orleans was increasingly shown in films as a dark, rough place, particularly in the French Quarter, which was then a heavily populated working class area. Location shooting was also becoming more popular, and Panic in the Streets (1950), directed by Elia Kazan and featuring Richard Widmark, was shot almost entirely in New Orleans. The movie follows Widmark's character as he attempts to quell a potential outbreak of pneumonic plague. The French Quarter riverfront, while picturesque now, was dotted with railroad tracks and warehouse wharves at the time, providing the movie with a much grittier atmosphere. Decatur Street, which is today a tourist strip, was also an area of warehouses, manufacturers, and cheap rooming houses. Perhaps the only familiar site is the French Market, which remains relatively unchanged. Elvis Presley's King Creole (1958) is based on Harold Robbin's Brooklyn-set boxing novel A Stone for Danny Fisher, but the movie's location was moved to the Crescent City. Elvis sings from an ironwork gallery at 1018 Royal Street, and in the movie he attends the fictional Royal High School, which was actually McDonogh 15, an elementary school built in 1932.

In Walk on the Wild Side (1962), the French Quarter is an integral part of the film. The movie is adapted from Nelson Algren's bleak 1956 novel A Walk on the Wild Side, where there is little connection to the French Quarter. The film's center of action is the Doll House, a brothel headed by Barbara Stanwyck's Jo Courtney located at a non-existent Chartres Street address near the corner of Dumaine Street. Set in the 1930s prior to the French Quarter's resurgence, the film should have portrayed the neighborhood as ramshackle and dilapidated, but the building exteriors used for the film show the renovated, gentrified Quarter that was emerging by the 1960s due to a widespread preservation movement.

Also set in the 1930s, This Property is Condemned (1964) was filmed in the vicinity of Dumaine and Bourbon Streets, where Natalie Wood's and Robert Redford's characters resided. Loosely based on a Tennessee Williams one-act play where New Orleans does not play a role, the Quarter instead becomes the center of the film. It does not show a shabby, neglected '30s Quarter, but rather 1960s streets that are virtually indistinguishable from today. A few businesses that are still in operation today can be seen, though, including Clover Grill, the Washing Well, and LaunDRYteria, none of which existed in the '30s.

Cincinnati Kid (1965) with Steve McQueen highlights Preservation Hall at 726 St. Peter Street, although this music venue would not have existed during the movie's 1930s setting. However, the building was there in the 1930s, and very little has changed since it was built in 1817. Another scene happens on the Canal Street ferry with the skyline in the background showing the tall 225 Baronne Street building, which was not built until 1962.

Easy Rider (1969) has become an iconic cult favorite that focuses on drug culture and Mardi Gras. Drugged-out characters played by Peter Fonda and Dennis Hopper take a walk down crowded Bourbon Street during Mardi Gras. The film exposure, editing, and sound creates a surreal, claustrophobic experience that leaves an indelible impression on the viewer.

Hard Times (1975) is a Charles Bronson and James Coburn film set again in the 1930s. The gallery at 923 Royal Street was used for one scene and highlights the ornate ironwork of the Miltenberger Houses across the street. Viewers also see the Cornstalk Hotel and its courtyard at 915 Royal Street set up as a tearoom.

The James Bond film Live and Let Die (1973) with Roger Moore staged a jazz funeral at the intersection of Chartres and Dumaine Streets. Nearby at 828 Chartres Street the Fillet of Sole Restaurant is a fake cover for drug dealers, while across Chartres the movie's central murder takes place. The area has changed little with its typical French Quarter mix of private homes, small shops, apartments, and bars. The same intersection appeared in the television series Longstreet (1971 - 72).

Courtroom dramas JFK (1991) and Runaway Jury (2003) were both filmed in the lavish 1909 Beaux Arts Louisiana State Supreme Courthouse in the 400 block of Royal Street. The latter film was based on a John Grisham novel, while JFK concerns the real-life trial of local businessman Clay Shaw, played by Tommy Lee Jones, accused by Kevin Costner's District Attorney Jim Garrison of conspiring to assassinate President John F. Kennedy. Shaw, a French Quarter resident, was a preservationist responsible for numerous renovations in the neighborhood. In 1954 he installed the first French Quarter swimming pool at 505 - 7 Dauphine Street, and in 1972 he converted horse stables into apartments at 716-24 Gov. Nicholls Street. In 1964 the Times-Picayune called Shaw "a one man French Quarter restoration society." His own home at 1313 Dauphine Street was restored in the 1950s and raided by the police in 1967 ahead of his trial.

The French Quarter's exotic personality, architecture, music, and moodiness provide movie makers with a rich tapestry, which results in a stunning screen presence. Prompted by Louisiana's tax credit program for filmmakers, in 2013 the state became one of the leading filmmaking centers in the world, even outranking California. That status, however impressive, does not preclude a decades-old tradition of setting films in Louisiana and the French Quarter.