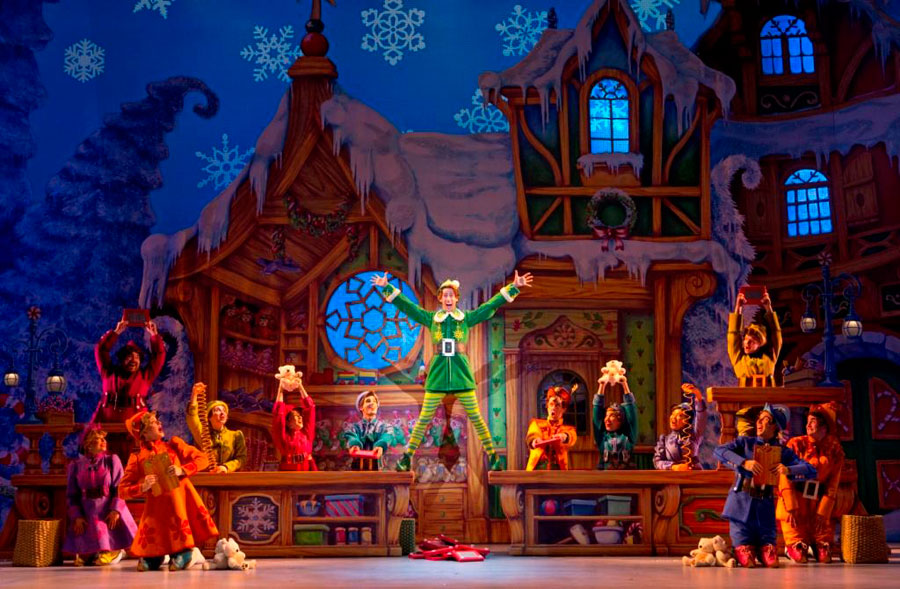 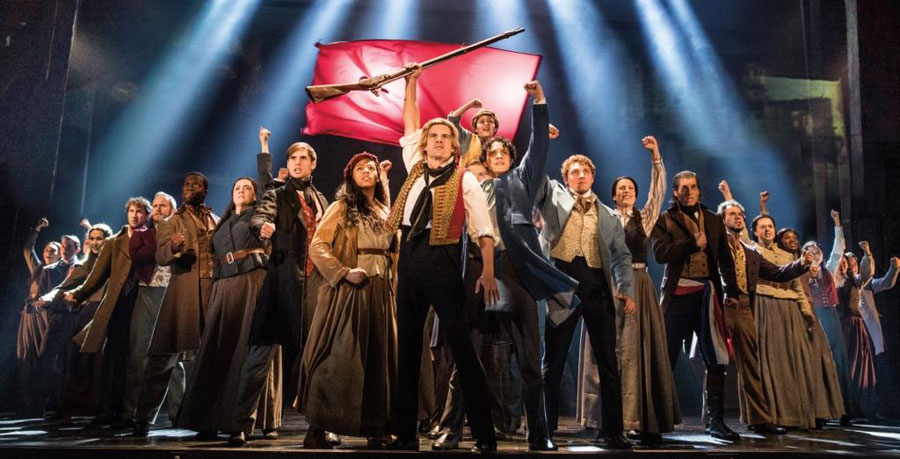 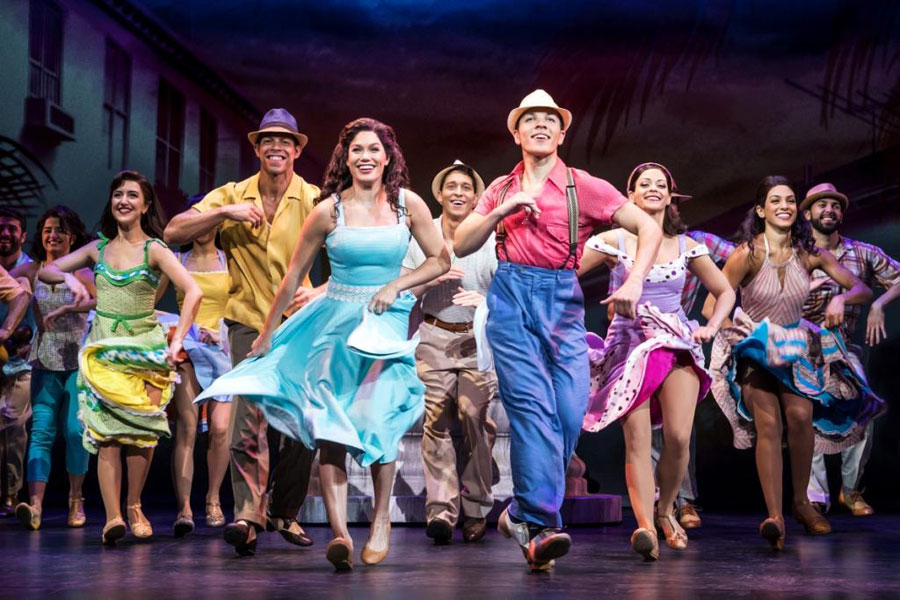 Proximity, convenience, dazzling entertainment and dining choices--all in a town that has no respect for closing times. The reasons for visiting New Orleans are varied and often dizzying.

New Orleans is celebrating its 300th birthday and from the energy of the place, you would not guess the town is anywhere near that old. On most nights, the pace of choices can be pleasantly confusing. Where to go can be a question to ponder. Yet, the harder answer is arriving at a decision from the myriad of unfolding selections.

The really good news is that all the choices are good and they are all close. New Orleans is a year-round walking town, and that is what many want to do. Even along the walk to wherever locals and visitors decide, and whatever fills the evening’s bill, the adventurers are going to find unexpected surprises and fun detours.

Of the many occurrences of Hollywood following Broadway and vice versa, a fine example of Hollywood meeting Broadway is The School of Rock which brings fourteen new Andrew Lloyd Webber compositions to a high-energy story of a substitute high school teacher taking education to an unexpected place. The Saenger Theatre presents eight performances beginning October 30 through November 4.

No American city owes more to the Caribbean than New Orleans, and to prove the point, the Joy Theatre hosts a performance from Thievery Corporation November 2, with special guest, Julian Marley, son of legendary musician, Bob Marley. The concert features varieties of reggae music styles, interpreted by musicians who have lived the life.

New Zealand born country music superstar Keith Urban, has determined that New Orleans is a must-do stop on his Graffiti U World Tour. The four-time Grammy winner will perform on stage at the Smoothie King Center, next door to the Superdome, November 2.

The 70s never sounded so good as the music of Led Zeppelin, recast with the full support of the Louisiana Philharmonic Orchestra. “Stairway to Heaven”, “All of My Love” and “Black Dog”, among others, are brought to their full musical potential in a concert setting Jimmy Page and Robert Plant could only dream about. This extraordinary production will be presented November 3 at the Mahalia Jackson Theater for the Performing Arts.

The Joy Theater hosts Underoath’s Erase Me Tour November 4. This American Christian post-hardcore group will also feature Dance Gavin Dance, Crown the Empire and The Plot in You.

The famed Scottish rock band, Simple Minds, present a 40-year retrospective concert, appropriately titled, Walk Between Worlds, at the Saenger Theatre November 6. Notable hits include, “Don’t You (Forget About Me)”, from the movie, The Breakfast Club, as well as “Alive and Kicking” and “Belfast Child”.

California-based, Slightly Stoopid, rolls into town November 8 with their Just Passing Through tour at the Joy Theatre. These guys mostly live on the road, and they bring a heavy sound of horns, percussion and keyboards.

Grammy-award winning superstar, Christine Aguilera, struts the stage on her Liberation Tour at the Saenger Theatre for one-performance only, November 9. This will be her first tour since 2008, so it will certainly be a show not to be missed.

For more than fourteen years a wildly successful television show, The Price is Right!, has been entertaining its legion of fans on-stage with The Price is Right Live, an interactive theatrical experience that gives lucky guests a chance to spin the Big Wheel. It’s coming to the Saenger Theatre November 14.

Turning back the clock to a simpler time musically is Post Modern Jukebox: Back in Black & White. The music shared is all over the range of styles from rock to ballads, ragtime to Motown. No two shows are alike so surprises are expected. The event is scheduled November 15 at the Joy Theater.

America’s favorite dance competition, So You Think You Can Dance Live!, taps its way into the Mahalia Jackson Theater for the Performing Arts, November 17. The show’s most recent top ten finalists will all perform their winning routines onstage.

The singer, rapper, producer, designer and electrically entertaining, Lil Yachty takes over the Joy Theater November 17 for a one-night only tour de force. Special guest star will be Bhad Bhabie.

Soul, R&B, modern bounce, and jazz/rap blend into harmonies created by August Greene, the stage name for the group composed of musical superstars, Common, Robert Glasper, and Karriem Riggins. While in the studio recording Common’s 11th album, these good friends felt something special happening. You can experience the magic at The Saenger Theatre November 20.

The Orpheum Theater, in a significant departure from their usual fare, classical music, brings black metal music to the stage on November 21. Grammy Award winners in the heavy metal category, Ghost makes their New Orleans stop of their national tour, A Pale Tour Named Death.

One of the definitive industrial rock bands of the late 1980s, Nine Inch Nails, moves their American tour and entourage into the Saenger Theatre for three evening performances, November 23, 24, and 25.

An important fund-raiser for the New Orleans Musicians’ Clinic, The Last Waltz, brings a number of this town’s musical talents together to support an important cause, November 23, at the Joy Theater.

On Your Feet! brings the incredible story of Emilio and Gloria Estefan’s glorious ride through the crossover music originating in their native Cuba, the impact on their new home, Miami and America, and their struggles just when they were enjoying great artistic success. Join the experience at one of the eight performances at the Saenger Theatre, November 27 – December 2.

Daughtry, the rock band founded and fronted by Chris Daughtry, American Idol finalist, will be in concert at the Mahalia Jackson Theatre for the Performing Arts, November 29.

The Louisiana Philharmonic Orchestra at the Orpheum Theater presents Modest Mussorgsky’s masterpiece, “Pictures at an Exhibition,” arranged for orchestra by Maurice Ravel, on November 29. Also on the bill will be a special musical presentation commissioned in honor of the New Orleans tricentennial of the city’s founding, and pianist Anne-Marie McDermott offering her memorable rendition of Beethoven’s Piano Concerto No. 2.

One of the most important and prolific songwriters to emerge from Australia, John Butler, and his trio will bring their singular brand of music from down under to the Joy Theater December 5.

The very next night, December 6, Atmosphere takes over the Joy Theater bringing the culmination of a song writing and live-performance career to an appreciative fan-base.

Meanwhile, just a few blocks away at the Smoothie King Center, the idol of scores of hard-core fans, Elton John, will play his final tour in New Orleans December 6. After more than half a century in live performance, John has announced this is the final go-round, appropriately named Farewell, Yellow Brick Road.

A real family favorite, Peppa Pig, takes to the stage at the Saenger Theatre for one performance only, December 7.

It’s very likely Charles Dickens, infamous English author, would be quite surprised to find that his story, A Christmas Carol, has become quite the holiday classic story, being performed on stage and also serving as the story for innumerable movies.

However, here in New Orleans, December 7 – 23, one of America’s most historic theatres, Le Petit Theatre du Vieux Carre, undertakes the challenge to create something new from a story everyone knows so well. The theater’s development project, the Young Conservatory Program, will take a leadership role in the staging of this Victorian classic tale.

The back-story of Le Petit Theatre du Vieux Carre is itself amazing. Founded in 1916 in a corner structure off Jackson Square, the theatre each season mounts a full presentation of theatrical productions and concerts. The theatre shares the building and the courtyard with Dickie Brennan’s Tableau Restaurant and Bar, assuring patrons of the arts of fine, artful dining and full bar services.

The holidays wouldn’t be complete without a visit and concert from Mannheim Steamroller. Chip Davis, the creator of the group’s smash Fresh Aire series, has put together a show with seasonal material and plenty of Steamroller fan favorites. Enjoy it December 15 at the Saenger Theatre.

The heartwarming tale of a regular-sized, good-hearted person who thinks he is one of Santa’s elves is brought to the Saenger Theatre stage in ELF, the Musical, over December 18 – 23, in ten performances.

The sets are hand-painted, the performances dazzling, and the music classical. The one and only Moscow Ballet will be in residence at the Saenger Theatre performing their Great Russian Ballet, The Nutcracker, December 26, with two performances.

Rock of Ages Tenth Anniversary Tour makes an important stop at the Mahalia Jackson Theater for the Performing Arts, January 5 & 6. Nominated for five Tony Awards®, Rock of Ages features hit music of the 1980s presented in the aesthetic of a Broadway musical.

Following its return to Broadway with an all-new presentation, Les Miserables returns in triumph to New Orleans. This musical has received every accolade and award a theatrical masterpiece can achieve. Eight performances will be presented at the Saenger Theatre, January 8-13.

BBC Young Musician of the Year, Sheku Kennah-Mason, makes his first appearance in New Orleans, performing several classical pieces for cello, including Rimsky-Korsakov’s Scheherazade January 10 and 12 at the Orpheum Theater. The classical music presentations continue with the Louisiana Philharmonic Orchestra’s performance of Mahler’s Ninth Symphony, which will feature violinist Nikki Chooi. Also on the evenings’ bill will be a presentation of Mozart’s Violin Concerto No. 3.

A Gentlemen’s Guide to Love and Murder, a hilarious musical direct, from Broadway will trod the boards of Le Petit Theatre du Vieux Carre during January 18 – February 3.

Teen heartthrob turned big-time entertainer, Justin Timberlake, added a New Orleans stop to his national tour, January 15, at the Smoothie King Center. This is The Man of the Woods Tour, and more than 450,000 tickets have been sold worldwide.

Prepare to jump out of your seat again as Steven Spielberg’s movie masterpiece, Jaws, is up on the big HD screen while the Louisiana Philharmonic Orchestra plays the score, January 19, at the Mahalia Jackson Theater for the Performing Arts.

Also on January 19, The Steeldrivers from Nashville share their hard-to-compartmentalize country rhythms, which also include elements of blues, rock, power bluegrass, and soul at the Joy Theater.