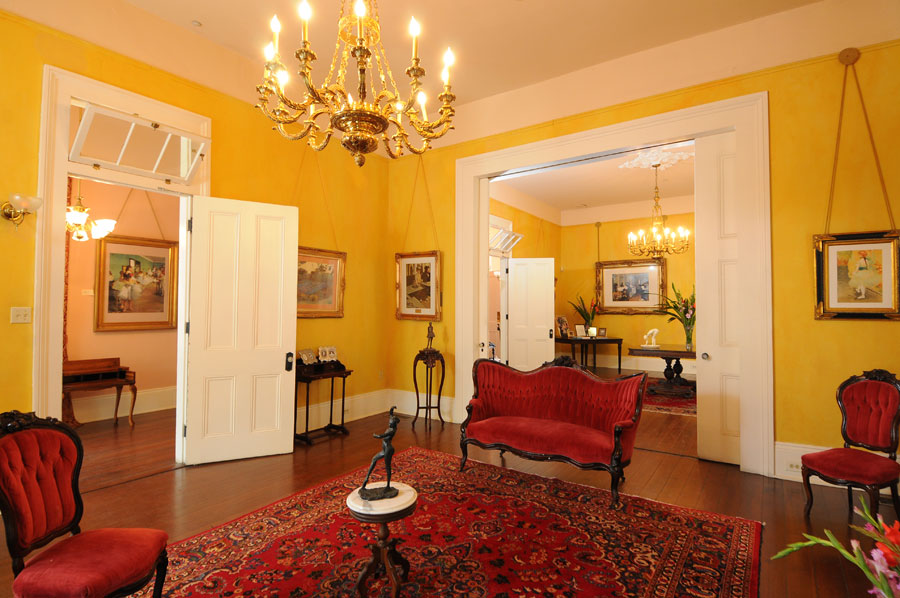 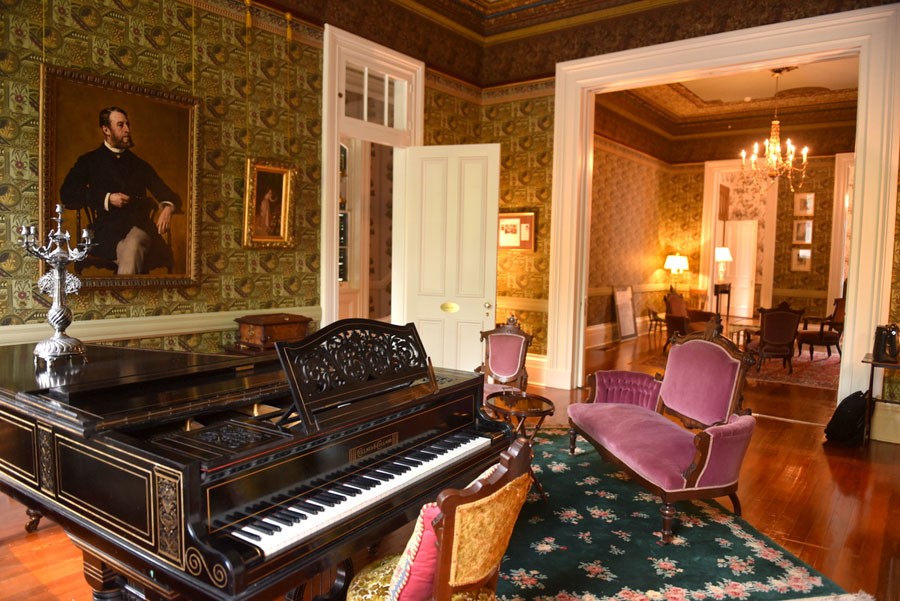 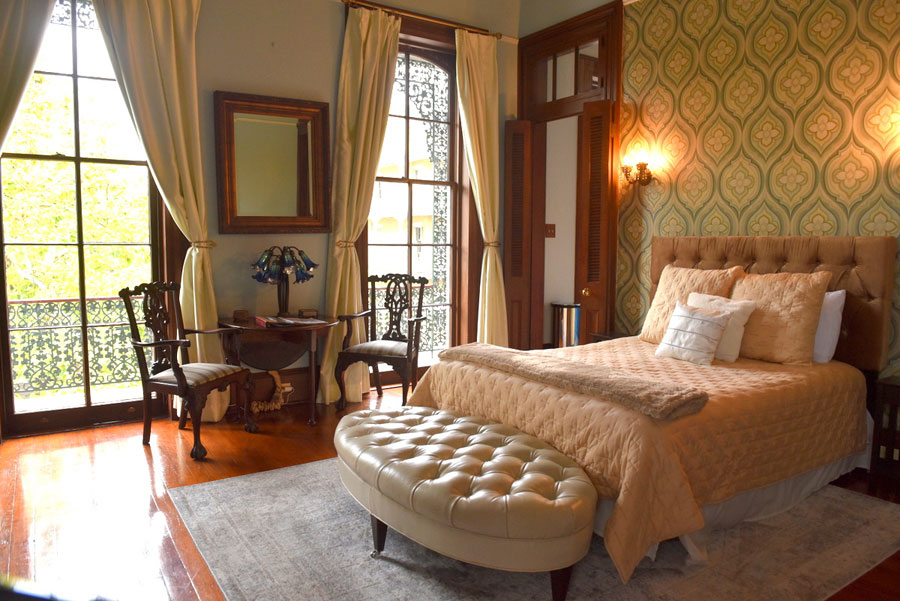 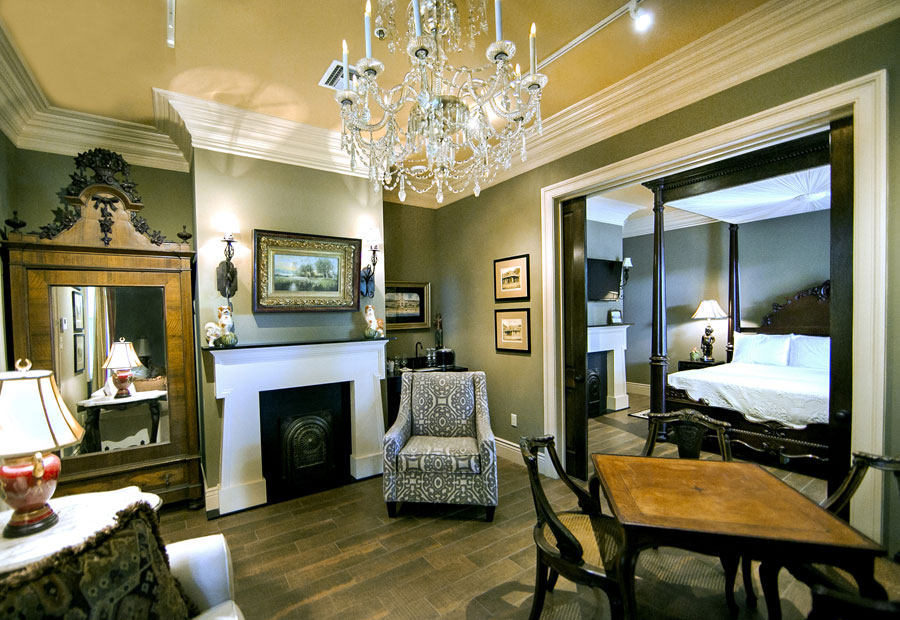 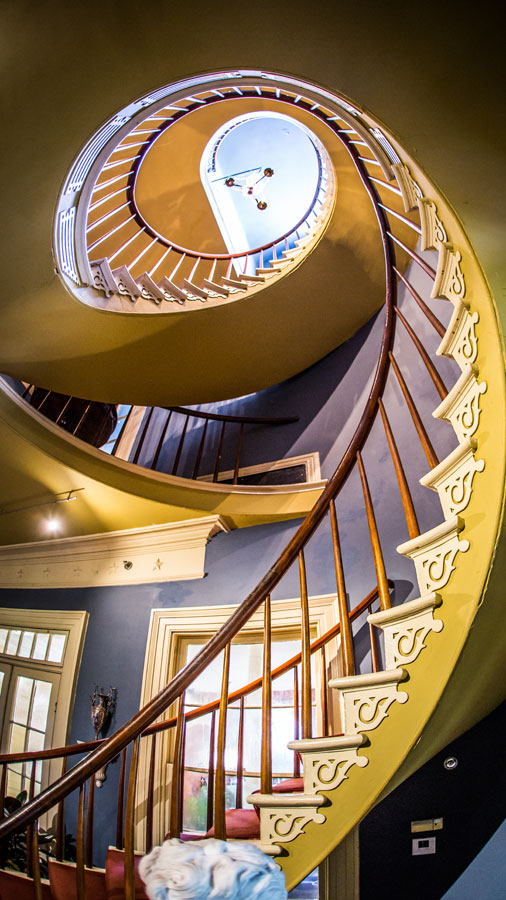 In 18th-century America, the first lodgings which offered a bed and breakfast came into existence. With more travelers than rooms available, locals began renting out extra rooms in their homes to guests. It later became a way for homeowners to make money, and for travelers to cut expenses during the Great Depression. By the end of World War II, several middle-class Americans, inspired by trips to Europe, began establishing their own bed and breakfast services. Today’s tourists enjoy the benefits of staying in a home, sharing experiences with locals, and relishing in true hospitality.

Over 140 years, The Lanaux Mansion has changed owners only four times. Most recently, the historic site was run by Ruth Bodenheimer, the gregarious, accomplished New Orleanian businesswoman, as a much-loved bed and breakfast and a living museum for almost four decades. After Ruth’s passing in 2019, her daughter Beth now proudly carries on the legacy of exquisite comfort, inspired by Ruth’s love for the house and the one-of-a-kind city of New Orleans. Beth and her mother share the same vision for The Lanaux Mansion: to keep its architecture and historic charm intact while gracefully weaving in modern comforts, such as air conditioning, Wi-Fi, and HDTV, for a perfect French Quarter experience.

Built in 1879 by wealthy attorney Charles Andrew Johnson, the lovely Victorian mansion has played host not only to actors and film crews, but to prominent historical figures, including General Robert E. Lee. Some even claim there’s a ghost among its distinguished list of guests.

The Lanaux Mansion is situated perfectly in the French Quarter on the corner of Chartres and Esplanade, two of the most historic streets in New Orleans. Experience undisturbed privacy in the old-world atmosphere of your suite, or relax in the peaceful Victorian Garden by the oak-draped avenue. thelanauxmansion.com

The world-renowned Degas House, is the only home or studio of the French Impressionist Master anywhere in the world that is open to the public. Degas' mother was a Creole woman from New Orleans and Degas painted 18 paintings on an extended visit here to his maternal family home in 1872.

The house today serves as a Historic Bed and Breakfast and a Historic House Museum. The house is on the National Register of Historic Places. Additionally, the Degas House has recently been added to a group of French Landmark Houses around the world, including 236 other “Maisons des Illustres” (Houses of the Illustrious) Landmark Houses, including the houses of Joan of Arc, Napoleon, the French Impressionists, Jules Verne, General Charles de Gaulle, The Count of Monte Cristo, Yves St. Laurent, Madame Curie, Eric Satie and others. Degas House is one of two houses in the U.S. to be included and one of four houses in the world to be included outside of France and the French territories.

Guests at Degas House experience an unforgettable taste of the legendary Creole lifestyle. Hot Creole breakfast and brunch are served daily with such offerings as Crawfish Etouffe Omelettes and Bananas Foster French Toast. Of course, Mimosas and Bloody Marys are also included. Additionally, our guided tours are offered to the public and included in all bed and breakfast stays. Let one of Degas’ great-grandnieces take you through a two-hour timeline of Degas' life and the impact his New Orleans visit had on the Impressionist movement of 1874 and beyond.

During this period, his painting style changed to Impressionism, which he called the “better art” in one of his letters. He returned to France with this new sense of artistic direction and resolve. Reproductions of many of Degas’ paintings adorn the walls and one can visit his actual bedroom and studio, watch the award-winning documentary, “Degas in New Orleans, a Creole Sojourn,” stroll his Creole neighborhood, and stay in one of the nine rooms and suites. It's like going to another country in the last century, but you don’t even have to leave New Orleans! Degas House has an ancient story to tell. The atmosphere is unlike anywhere else, where one imbibes in a 19th-century potion, both calming and invigorating with a touch of history and mystery. Whether you are a fan of Edgar Degas, an art lover, or are interested in New Orleans history, a tour and stay in this wonderful bed and breakfast is sure to delight. Degashouse.com

Plantations in Louisiana are one of the most sought-after attractions throughout the state. Located between Baton Rouge and New Orleans, the crown jewel of Louisiana’s River Road is Houmas House Mansion and Gardens. It allows visitors to experience life on a sugarcane plantation in the 1800s. The mansion has been restored to the antebellum era, reflecting the opulence and wealth this sugarcane farm once boasted. The guided mansion tour walks through its 250-year history, showing the architectural evolution of this manor house into a grand estate. Rare period artwork and artifacts are displayed and used to explain plantation life. The expansive gardens are the most exquisite in all of Plantation Country. Its three restaurants have captured the attention of food critics nationwide and have been voted among the top places to dine in the country. Luxurious cottages are available for guests seeking an overnight plantation experience at Louisiana’s most elegant bed and breakfast. The quaint cottages nestled along an ancient oak alley, surrounded by lush gardens, allow guests to get lost in the tranquility of the South. Comfortable and romantic, each room is decorated with old world furnishings: unique artwork, cozy seating nooks, and a porch with a view. While enjoying the bygone era, the need for modern amenities is not overlooked. Each room includes a large flat-screen TV, Wi-Fi, and coffee and tea makers. A breakfast buffet and guided tours of the mansion are included.

The mighty Mississippi River is just steps away, providing a peaceful setting to watch the sun rise or set as the mariners navigate the water. Explore their captivating Great River Road Museum and then relax in a swing hanging from a huge live oak tree, mint julep in hand, as you take in the ambience. If you happen to be traveling on Thanksgiving Day, they offer a sumptuous luncheon buffet that should not be missed! houmashouse.com

Whether you choose to stay in the city or in the country, bed and breakfasts offer superior accommodations for experiencing the best of Southern hospitality—personalized service, insider advice, and an intimate taste of the local flavor and lifestyle.