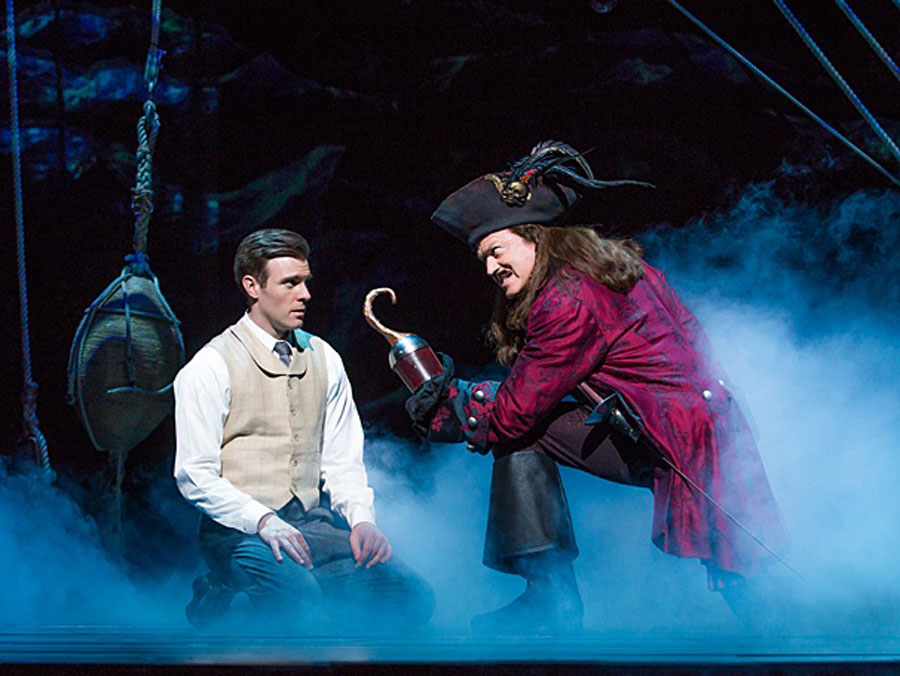 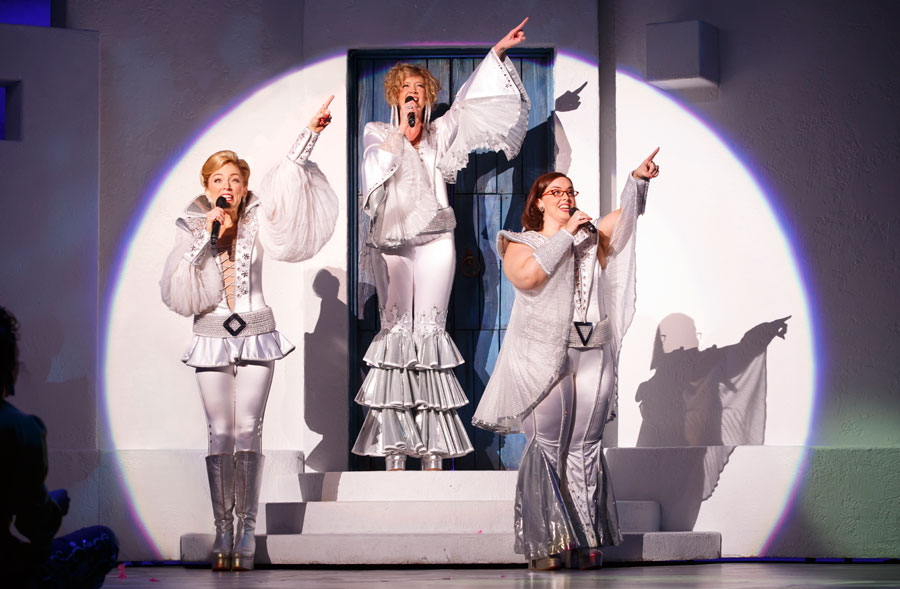 Bursting at the Seams

In many communities the final notes of Spring are indicators that residents will be heading out for vacations to the beach or the mountains, and that social activities in the town will be taking a break or ceasing completely.

As is this town’s style, New Orleans does not zig or zag on the same schedule as everyone else. The pace of festivals and theatrical presentations, in fact, only increases during the onset of summer.

While outdoor pursuits are tempered by sno-ball “breaks,” and other refreshments seemingly created to be enjoyed with lots of sun, evenings are particularly suited for air-conditioned comforts and presentations in theatres of renown with entertainment rivaling the finest anywhere.

Internationally recognized talents who perform around the world are not immune to the performance magnets that draw cultural and fun-seekers to New Orleans.

Blockbuster concerts don’t come much bigger than this. Neil Diamond takes the stage at the Smoothie King Center May 2 , and, no doubt, will command the entire venue. This is Neil’s 50th Anniversary Tour and will celebrate 125 million albums sold, 37 Top 40 hits, 16 Top 10 albums, multiple Grammy Awards, and an honored place in the Rock and Roll Hall of Fame.

It would not be Jazz Fest without Marcia Ball, and Le Petit Theatre du Vieux Carre sees to it that the local favorite is featured on May 2, leading up the second and last weekend of the Fest. This will be Marcia’s third annual appearance at Le Petit and her infectious stage presence along with a musical blend of New Orleans, country and jazz makes for a terrific way to spend a mid-week evening.

The Pixies come to New Orleans as an important stop on their five-week tour of North America, making the Saenger Theatre home for one performance on May 3. If you’ve seen them in other cities, you will want to join them in New Orleans. The band has no set play-list of their classics and new songs and the group changes selections right up until show time and beyond.

,Ragefest, featuring Lettuce, moves into the Joy Theatre May 4 and so does the funk factor. Using psychedelia and hip-hop for inspirations, this group discovered that jamming during road trips led to new sounds and new beats, more wide open yet still true to funk.

In the very early morning hours of May 6, at the Joy Theatre, The New Mastersounds pay tribute to, appropriately, 10 years of Late Night at JazzFest.

Rock band Little Feat, beloved in New Orleans since their founding in 1969, returns to the Saenger also on May 6 with plenty of material, most of it gleaned from their largest-selling album, “Waiting for Columbus.” This concert, dubbed “New Orleans is Waiting for Columbus,” is certain to become one of the must-attend musical events this year. The hit single inspired by this city, “Dixie Chicken,” will never sound so alive or authentic.

The Grateful Dead come in for some special treatment with “Joe Russo’s Almost Dead” at the Joy Theatre May 7. This quartet is right-on with their sound and the tight, true-to-form arrangements.

One of the hottest stars on the scene today, The Weekend, comes to New Orleans for his first concert appearance May 9 at the Smoothie King Center. Bringing his own brand of Rhythm & Blues, The Weekend; Starboy - Legend of the Fall Tour, is setting attendance records all over America.

One of Broadway’s biggest smash musical hits of recent years, Finding Neverland, moves elaborate sets and a tremendous score into the Saenger Theatre for 8 performances, May 9 – 14. Based on the Academy Award-winning film, playwright J.M.Barrie struggles to get to the heart of the story about a boy, Peter Pan, who would not grow up.

The Mahalia Jackson Theatre of the Performing Arts welcomes Jessica Lang Dance back to New Orleans on May 13. This technically stunning dance group is choreographed to amaze the audience while being true to the spirit and beauty of the discipline.

Five-time Grammy Award winning bassist, founding member of Bela Fleck and the Flecktones, and multiple Bassist of the Year winner, Victor Wooten, along with Dennis Chambers, and Bob Francheschini, otherwise known as The Victor Wooten Trio, make their way to the Joy Theatre on May 13. Bass guitar will reign.

Two previous sold-out performances, 2014 and 2015, encouraged Julianne and Derek Hough to construct another show, “Move Beyond.” This time the songs, the singing and the dancing are based on earth’s elements: earth, wind, fire and water. The Saenger Theater stage will be the setting on May 18.

Lionel Richie takes his “All the Hits Tour” to the stage at Smoothie King —which could easily be applied to Richie’s magnificent style, May 18.

The New Kids on the Block are headlining at the Smoothie King Center May 19 and the rest of the entertainment bill will feature Paula Abdul in addition to Boys II Men. This concert will truly become a piece of rock history.

Band of Horses leaves home, where they do their best work and collaboration, and climbs up on stage at the Joy May 19, to share their latest musical thoughts.

The Saenger Theatre welcomes the Icelandic experimental rock band, Sigur Ros, May 21. Formed in Reykjavik in 1994, their trademark is front-man Jonsi’s falsetto vocals, and the use of a bowed guitar. The band is named for Jonsi’s sister, Sigurros Elin.

Over 50 million people worldwide cannot be wrong, and they have seen and enjoyed Mamma Mia, the smash Broadway show that returns to the Saenger, June 6 with performances through June 11. The music of the super rock group, ABBA, moves the story forward, touching every emotion. This is the Farewell Tour for this production and this troupe.

Rock and Roll Hall of Fame inductees, Journey, headline at the Smoothie King Center June 9 along with Asia. This concert will not lack for hit songs from the ‘80s and ‘90s.

Le Petit Theatre du Vieux Carre closes their 100th Anniversary Season with the staging of Terence McNally’s outrageous farce, It’s Only a Play. Opening June 9 and playing though June 25, the production is co-produced by The NOLA Project. The play theme hinges on a hilarious story set on opening night of a new play on Broadway, The Golden Egg.

Oregon’s Fat Tire Brewery brings their beer and bicycle tour to the Joy Theatre June 11, with special feature Corey Harper, himself from Portland, Oregon. Corey’s brand of acoustic folk/Americana/country and blues seem perfect for the venue and the cause.

If dance moves you, and even if it does not, you will not be able to keep your feet still at the Saenger on June 13 when Emmy Award winning choreographer, Travis Wall, presents Shaping Sound, After the Curtain, contemporary dance at its finest.

Classic Rock takes center-stage at the Saenger June 27 when Boston brings a theatre-full of hits earned since 1976 when they first released their self-titled introductory album. The Hyper Space Tour will be Boston’s usual high-energy performance, all done live, emulating the recorded hits, which is somewhat unique in today’s rock concert environment.

Thanks to local demand, Roger Waters, the creative genius of Pink Floyd, brings his Us + Them worldwide tour to the Smoothie King Center July 8. Waters’ concerts are stuff of legends, and this is his first U.S. tour appearance since The Wall Live in 2013, seen by 4 million fans.

Hailed as the Greatest Magician Ever, David Blaine has amazed audiences around the world, starred in nine television specials, and entertained every sitting President since his high school graduation. He is coming to the Saenger’s stage on July 16. The obvious and most asked question as the audience exits the Theatre will be, “How’d he do that?”

The irresistible voice of Idina, only one name needed, comes to the Saenger July 25, Hailed as the “Streisand of her generation,” she will charm with wit, personality, and unparalleled vocal prowess.