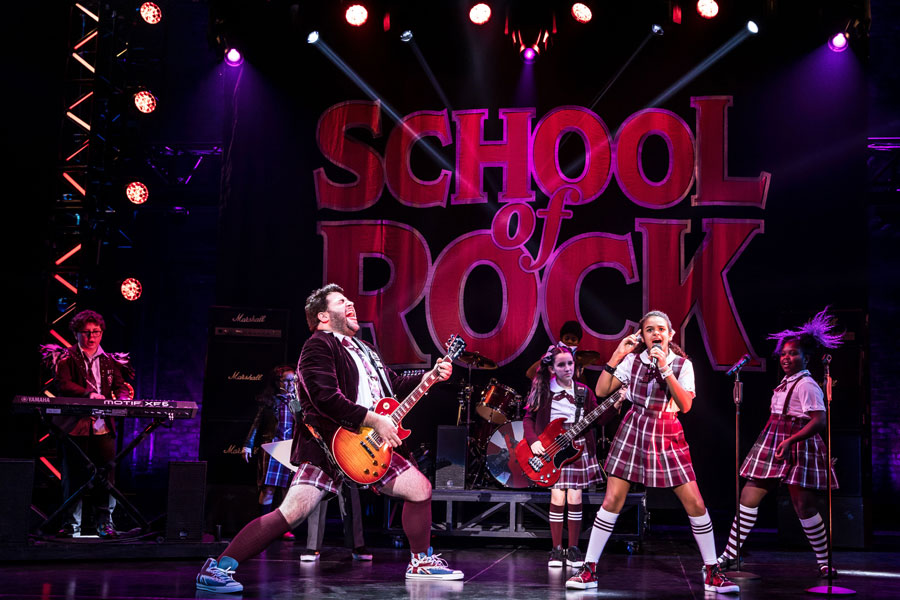 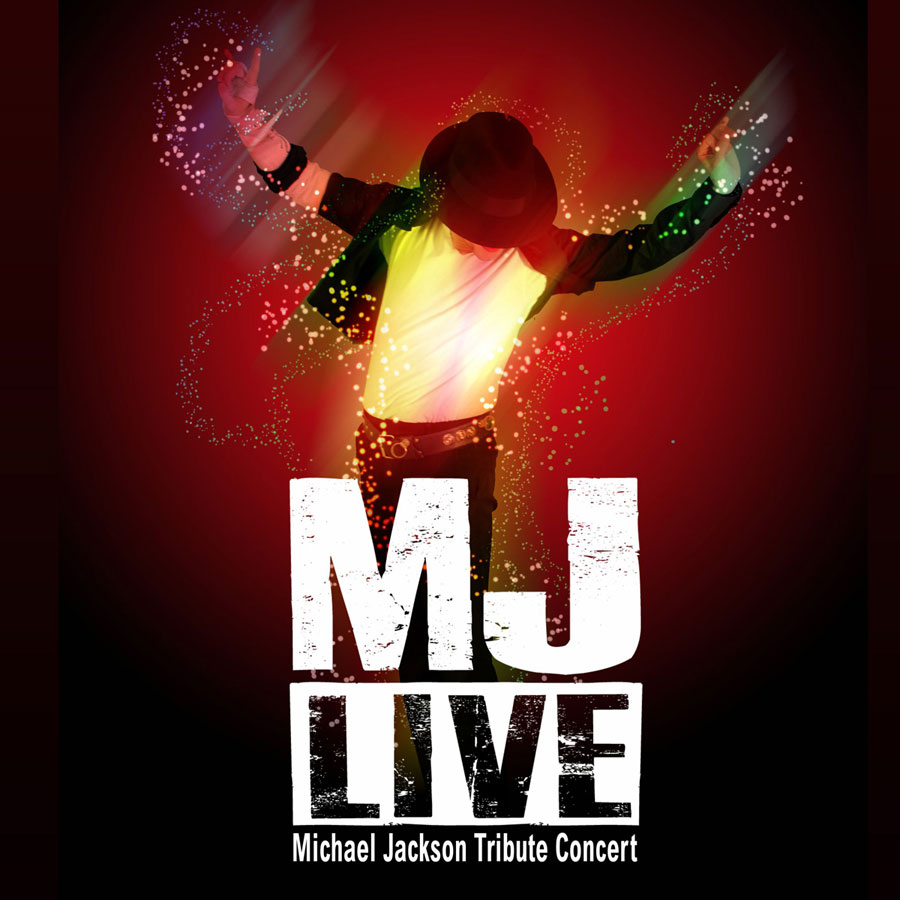 The beating heart of New Orleans culture islive performances. Concerts, theatre presentations, historic lectures, opera, dance, on the street or in one of our grand theatres, there is always something of significance unfolding. Maybe these are just artistic observations, but in New Orleans…entertainment is never far away from where you are.

There are many places of significance to the performing arts, but the grandest of them all, the Saenger Theatre, rises to the top of any listing. Constructed in 1927 and located in a premier spot on Canal Street, it was a part of the expansive theater empire of Julian and Abe Saenger. Today only a few of the grand early-era movie houses are still in existence. The Saenger Theater is one of the most luxurious, as it always was.

Original seating was 4,000 patrons, and architect Emile Weil followed an ornate plan to recreate an Italian Baroque courtyard, even inserting into the ceiling more than 150 tiny lights to simulate the constellations of the night sky’s stars. In 1933, the theatre fully converted to showing only movies with sound.

Also installed was an impressive organ constructed by the finest organ manufacturers in the world, the Robert Morton Organ Company of Van Nuys, California. Boasting four consoles and more than 26 ranks of pipes, this instrument was designed for this space. Famed theatre organist, Jessie Crawford, said the Saenger Theatre’s organ was the finest he had ever played anywhere in the world.

Hurricane Katrina in 2005 was very rough on the Saenger. There was significant water damage with flood waters over one foot above stage level, meaning the auditorium and the basements were inundated. The organ was incredibly damaged. Renovation was lengthy as the ravages of the hurricane and the passage of time required an amazing effort to rectify. The theatre opened to an appreciative city in 2011, and more than 80 bookings now take place each year.

Today, the Saenger, which was added to the National Register of Historic Places in 1977, is once again in her glory. Concerts of every musical style, Broadway show touring companies, live performances, and, from time to time, a return to motion pictures accompanied by full orchestral contingents, have once again put the Saenger squarely in the center of New Orleans’ entertainment offerings.

This palace belongs not only to bygone eras of memorable entertainment, but it is also an important part of the future of New Orleans, Canal Street, and the destination history New Orleans always was and is again.

The hit and happening television program, Bring It!, goes live on the Saenger Theater stage, August 3. High-octane hip-hop kicked up another notch assures no one will remain seated during performances guaranteed to physically thrill both performers and audience members alike.

The legendary Michael Jackson may no longer be with us, but his incredible body of work lives on, and on August 10 and 11 at the Saenger a tribute to the King of Pop will cover every aspect of his music and performance art. This cover company is widely respected and considered the very best such troupe in America.

The Civic Theatre, an historic site featuring pioneering design and sound, will host Gillian Welch, August 19. Ms. Welch, well-known Nashville songwriter, is also a performer of her own compositions as well as other talented musicians. Her songs for the sound track of the film, O Brother, Where Art Thou? garnered her deserved awards and praise, and her collaboration with T-Bone Burnett and Emmylou Harris has added to her reputation.

Any music award or accomplishment not owned by this great performer may not be worth having. For over 60 years, this standard-bearer in the entertainment industry has dazzled. Tony Bennett is coming to The Saenger Theater on August 25, one performance only, and his star still shines brightly. He will be accompanied by his daughter, Antonia, who is a graduate of the prestigious Berklee College of Music.

After almost 20 years of collaboration and communication, Umphrey’s McGee steps onto the stage August 30 at the Joy Theatre to continue their journey. The band is based on defined music but there is a good bit of improvisationamong the members which makes no two shows exactly the same. They are joined by The Nth Power and The Spirit Horns.

Africa Umoja, a lively and respectful celebration of the music and cultures of South Africa, will unwind with 6 joyous performances at the Mahalia Jackson Theatre of the Performing Arts, September 1 – 9. Honoring the music of Hugh Masekela, Ladysmith Black Mazbazo and Miriam Mekeba, and the rich tapestry of South African dance, Africa Umoja promises to entertain and educate.

The Farewell Tour for Paul Simon makes a New Orleans stop at the Smoothie King Center September 5. Simon’s career has been the stuff of which legends are made and this last tour promises to be bittersweet but highly entertaining.

Star Wars, A New Hope, the film as you have never seen it before, unspools with the incredible full presence of the Louisiana Philharmonic Orchestra playing live alongside the action. Three performances, September 7-8, will provide a richer perspective on the latest saga in the space odyssey.

The Chris Robinson Brotherhood’s latest album is called Barefoot in the Head, and the group will be featuring original material from that effort September 7 at the Joy Theatre. It all gets very personal and intimate with Neco Case and Thao (Get Down Stay Down) at the Civic Theatre, September 11, as songwriters and musicians who have enjoyed good times and bad times and are able to communicate very well with their music. Bluegrass-focused, The Punch Brothers, bring their unique brand of acoustic mandolin music to the Civic Theatre on September 12. They are joined on the bill by Madison Cunningham, a native of Orange County, California, who interprets her songwriting with her voice and guitar. Louisiana Philharmonic Orchestra’s season begins September 13 and 15 with their presentation of Schubert’s Symphony Number 7, “Unfinished,” and Beethoven’s monumental Symphony Number 9, because no symphony season should begin without a rousing performance of the “Ode to Joy” with chorus.

Lewis Black’s insights into life are so funny and on-target, they are actually scary. He will be delivering his brand of contemporary humor September 15 onstage at the Joy Theatre. The Louisiana Philharmonic Symphony Orchestra presentsA Symphony is Born, music by Gabrieli and Haydn. Three works from each classical author will be interpreted by the largest and most accomplished musician-owned orchestra in the United States, September 20, at the Orpheum Theatre, the home of the orchestra.

The Civic Theatre is once again the host venue for The New Orleans Burlesque Festival, September 21-22. This 10th annual celebration of the art features performances and a competition to determine who will reign as Queen.

Lord Huron takes a break from their studios in Los Angeles to visit the Civic Theatre on September 25 in one of their infrequent live appearances. The resulting mix is named Vide Noir, and is the result of sampling the entire spectrum of music at different times of day in their home city.

On the next evening, September 26, the Decemberists show up a bit early on the calendar at the Civic Theatre and perform the music of their careers from eight studio albums over a seventeen year period.

Disney’s Aladdin takes over the Saenger Theatre for an extended seventeen performance extravaganza, September 26–October 7. And it only takes one lamp and three wishes to make it all real. Disney Theatrical Productions has spared no amount of talent or production efforts to make Aladdin one of their greatest stage spectacles.

Tom Segura, a fixture at comedy festivals and a veteran of two comedy specials for Netflix, returns to the Civic Theatre for three shows, September 28-29, including a late-night show on the 29th which promises to be a no-holds-barred affair.

Father John Misty, the brainchild of singer-songwriter Josh Tillman, brings his comedic and philosophical musings on humanity and life to The Civic Theatre, October 6, one show only.

Finnish classical composer Einojuahni Rautavaara (1928-1916) is the recipient of a posthumous tribute from the Louisiana Philharmonic Orchestra, October 12, Orpheum Theatre. The composition Cantus Arcticus includes birdsongs recorded near the Arctic Circle. Featured on the program is LPO Principal Clarinetist Chris Pell, who will perform the challenging Concerto for Clarinet and Orchestra, composed by Carl Nielsen.

All glitter and heels, all the time, with RuPaul’s Drag Race Werq the World, is coming to the Joy Theatre October 12.

It has been twenty years since Michael Flatley dazzled us with flying footwork and energized Irish folk music and it has all come to this: Lord of the Dance, Dangerous Games. On October 18, New Orleans will revel in her Irish heritage in rousing fashion at the Saenger Theater. Words like “tame” and “understated” will have no place in the building.

Mozart’s last symphony, No. 4, Jupiter, is considered one of the greatest symphonies ever composed. It will close the evening’s presentation from the Louisiana Symphony Orchestra October 18 at the Orpheum Theatre. Also featured on the program is violinist, Jennifer Koh, who will perform Trouble, a violin concerto composed for her by Vijay Iyer.

The title of Kevin Hart’s tour sums up his attitude. The Irresponsible Tour makes a stop at the Smoothie King Center October 18 providing this very popular comedian with a very big venue.

Seattle-based rock band, Alice in Chains, brings their very particular brand of grunge to the Saenger Theater October 23. Boasting over 20 million records sold and international recognition, Alice in Chains continues their almost 30-year career in a field where such an accomplishment is almost not possible.

Andrew Lloyd Webber’s 14 new songs dominate the Broadway smash, School of Rock, arriving at the Saenger Theater October 30 for 8 performances through November 4. Based on the hit film, School of Rock tells the story of a high school teacher who takes a group of straight-A students and turns them into high-energy rock performers. Cast members will be playing the music liveon stage.