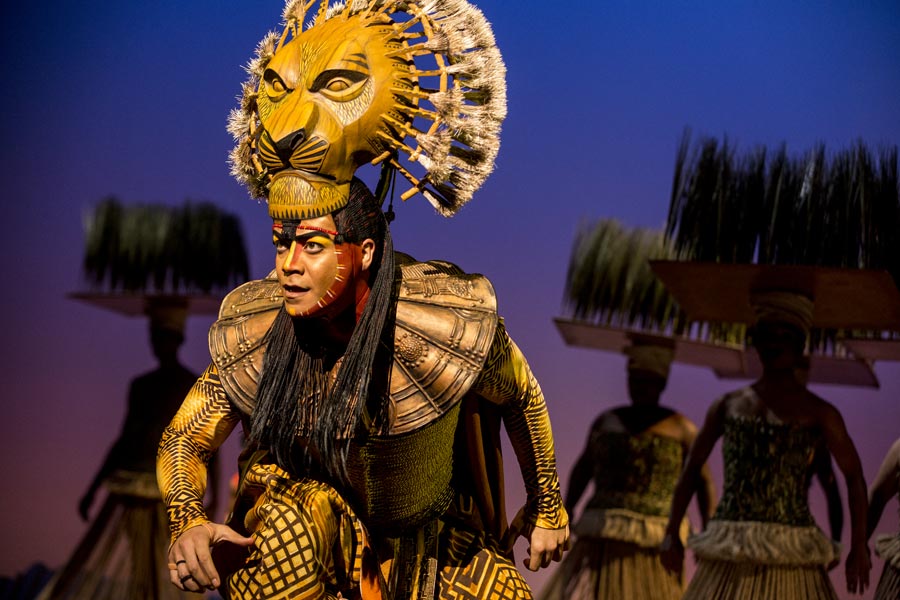 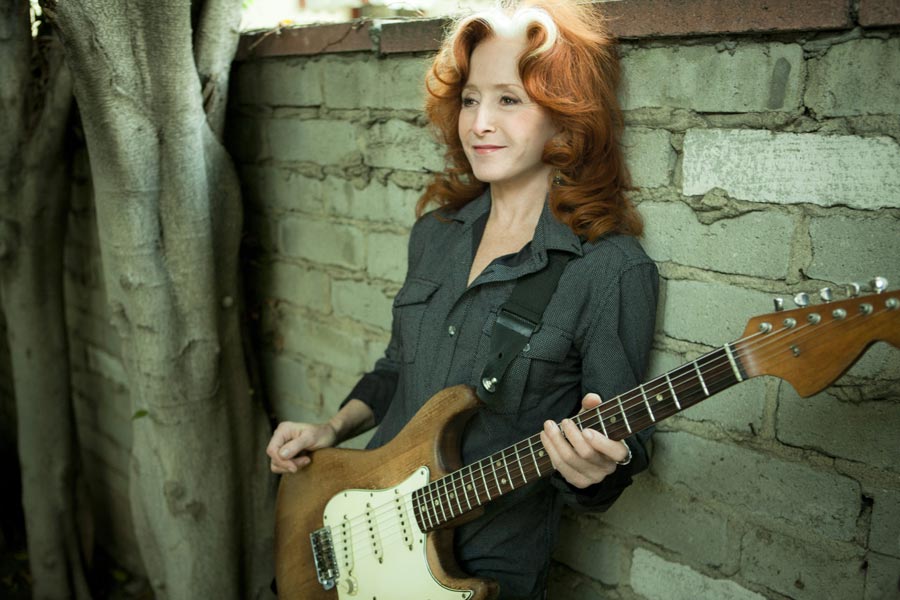 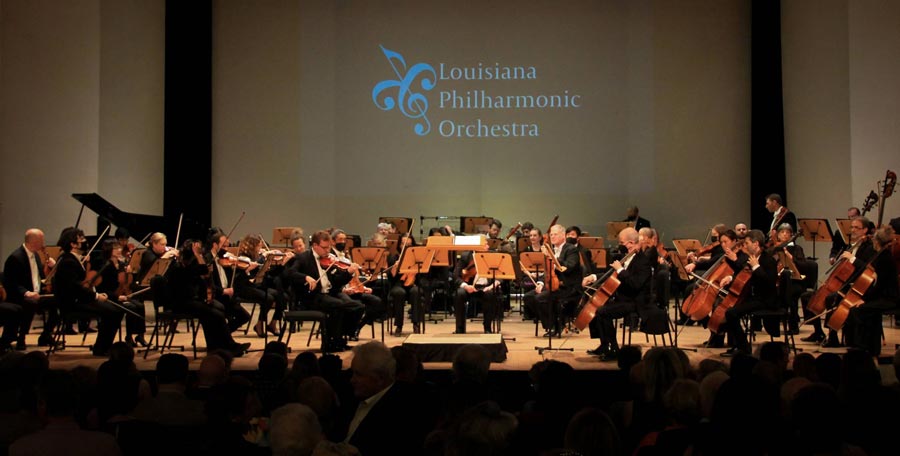 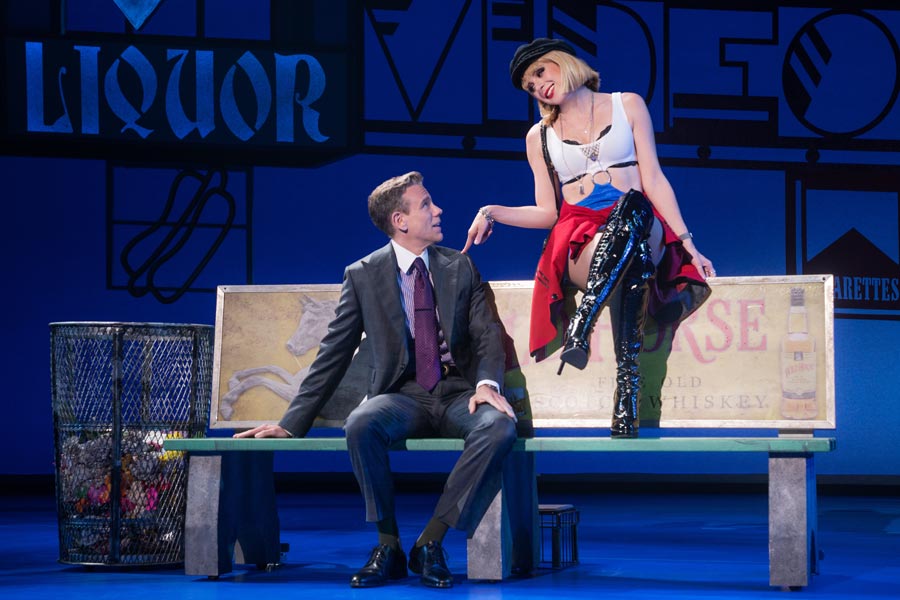 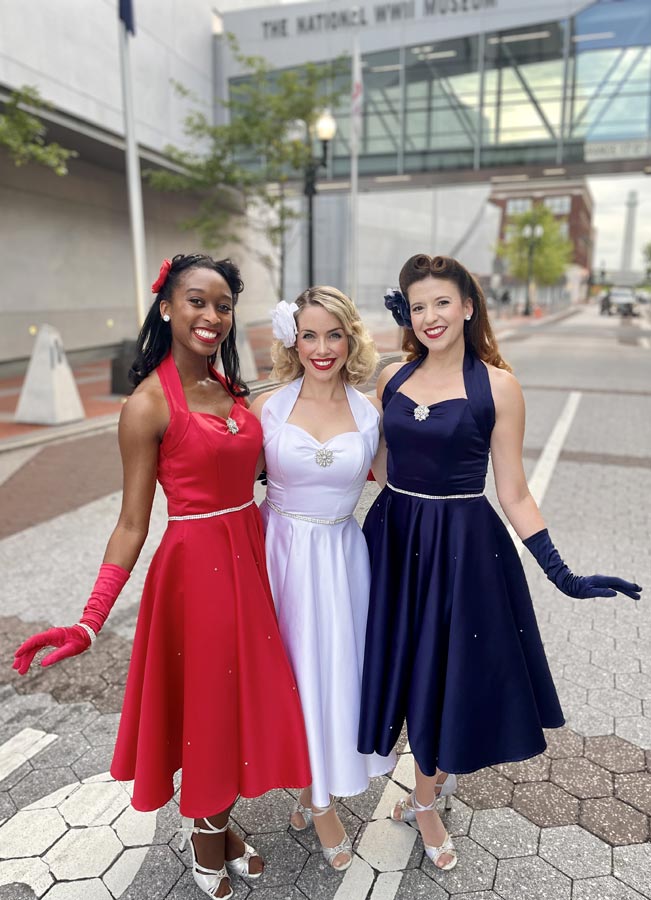 As the temperature slowly begins to drop in the Crescent City, the cultural and concert seasons are heating up. The opera, ballet, philharmonic orchestra and theater all take center stage each fall with myriad standing-ovation-worthy performances ranging from Beethoven to Broadway. And if you’re looking to laugh out loud, tap your toes or dance like nobody’s watching, there is no shortage of shows to stir the soul.

October 8: Dine & Dance with the VSO
The National WWII Museum's own Victory Swing Orchestra celebrates the great big bands of the WWII era. Also enjoy a three-course meal and a glass of wine.
September 14, 28; October 12, 19, 26; November 2, 16, 23: The Victory Belles Matinee Luncheon
Enjoy a delicious buffet-style luncheon, then tap your toes to a one-hour show from the charming Victory Belles.

October 31: Toadies: Rubberneck Anniversary Tour with Special Guest Drakulas
Formed in 1989, the Texas post-grunge band found success in the 1990s during the alternative-rock boom. Join them in their 25th anniversary celebration of their debut album Rubberneck, to be played in its entirety.

September 30 and October 2: New Orleans Opera Association presents Rossini’s The Barber of Seville
This new production is a comedy for the ages with a brand new vision. Set in the French Quarter of antebellum New Orleans, the story is an old one but could easily be our story of our people.

October 22: New Orleans Ballet Association presents Kyiv City Ballet
tickets at nobadance.com
Amid a greater struggle, the exemplary dancers of Ukraine’s Kyiv City Ballet are a “voice of resistance” (National Geographic) on the global stage, bringing light and joy in the darkness to audiences worldwide.

November 18 and 20: New Orleans Opera Association presents Humperdinck’s Hansel and Gretel
This operatic fairytale is not just for kids! Humperdinck’s love of folk melodies shines in this beautiful and complex score, which is sure to delight audiences of all ages.

October 7–30: The Play That Goes Wrong
Winner of Best New Comedy at the 2015 Lawrence Olivier Awards, the play follows the Cornley Polytechnic Drama Society in their effort to put on a production of “Murder at Haversham Manor,” a 1920s murder mystery, but nothing can go right.

One Eyed Jacks – oneeyedjacks.net
September 24: The Afghan Whigs
The Cincinnati-based alternative-rock, post-punk band embark on an extensive tour in support of their ninth album, How Do You Burn?, including one show in New Orleans.

Saenger Theatre – saengernola.com
September 20: Earth, Wind & Fire
The legendary, multi-award-winning band celebrates its 50th anniversary in entertainment—one that has taken them all around the globe playing sold out concerts.

September 23: Diana Krall
Diana Krall is the only jazz singer to have eight albums debut at the top of the Billboard Jazz Albums chart. The GRAMMY® and Juno® Award winner’s unique artistry transcends any single musical style making her one of the most recognizable artists of our time.

September 25: Steve Martin & Martin Short
Steve Martin and Martin Short's “You Won't Believe What They Look Like Today!” is a show that redefines the form in unexpected and profound ways, from two of the funniest, most influential and acclaimed talents of the past century.

September 30–October 1: Chris Rock – Ego Death World Tour
Chris Rock is one of the world’s most important comedic voices, as well as an award-winning actor, director, producer and writer.

October 4–9: Pretty Woman – The Musical
Based on one of Hollywood’s most beloved romantic stories of all time, Pretty Woman springs to life with a powerhouse creative team led by two-time Tony Award®-winning director and choreographer Jerry Mitchell. The show features an original score by GRAMMY® winner Bryan Adams and Jim Vallance, and a book by the movie’s legendary director Garry Marshall and screenwriter J. F. Lawton.

October 14: Taylor Tomlinson – The Have It All Tour
Comedian Taylor Tomlinson’s brand-new national headlining tour brings her hit stand-up comedy routine to the Saenger for one night only.

November 29–December 4: SIX The Musical
From Tudor Queens to Pop Princesses, the SIX wives of Henry VIII take the mic to remix 500 years of historical heartbreak into an exuberant celebration of 21st-century girl power. You’re sure to lose your head over this amusing and original musical comedy.

The Fillmore – fillmorenola.com
September 23: Jack White – The Supply Chain Issues Tour
American singer-songwriter, multi-instrumentalist and producer, Jack White, is best known as the lead singer and guitarist of the duo the White Stripes. He brings is bluesy, garage/folk-rock sound to The Fillmore.

September 27: The Flaming Lips: American Head American Tour
One of the most well-known cult bands of the past 30 years, the alternative, psychedelic rock, indie and pop, GRAMMY® Award-winning band has evolved from straightforward punk-rock to a more eclectic style.

November 25: PJ Morton
GRAMMY® Award-winning songwriter, producer and musician, PJ Morton, has had an acclaimed solo career as well as performing with Maroon 5. He brings his soulful sound to New Orleans for one night only.

The Orpheum Theater – orpheumnola.com
September 15: Louisiana Philharmonic Orchestra – Mahler No. 1
Experience the cracks of thunder and lightning as Mahler’s “Titan” Symphony anchors the start of the LPO’s 32nd Season. Opening the concert will be a world premiere LPO commission of a new work by Latin GRAMMY®-nominated composer Juan Pablo Contreras.

October 26: Louisiana Philharmonic Orchestra – Ravel & Debussy The sounds of romance, heroism and adventure will fill the Orpheum Theater for a night of Ravel & Debussy.
November 11: Louisiana Philharmonic Orchestra – Dvořák Symphony No. 8
Guest conductor Vinay Parameswaran brings the joyous symphonies of Dvořák and Price with Gabriella Smith, who has been described as having “the coolest, most exciting, most inventive new voice” by Musical America.