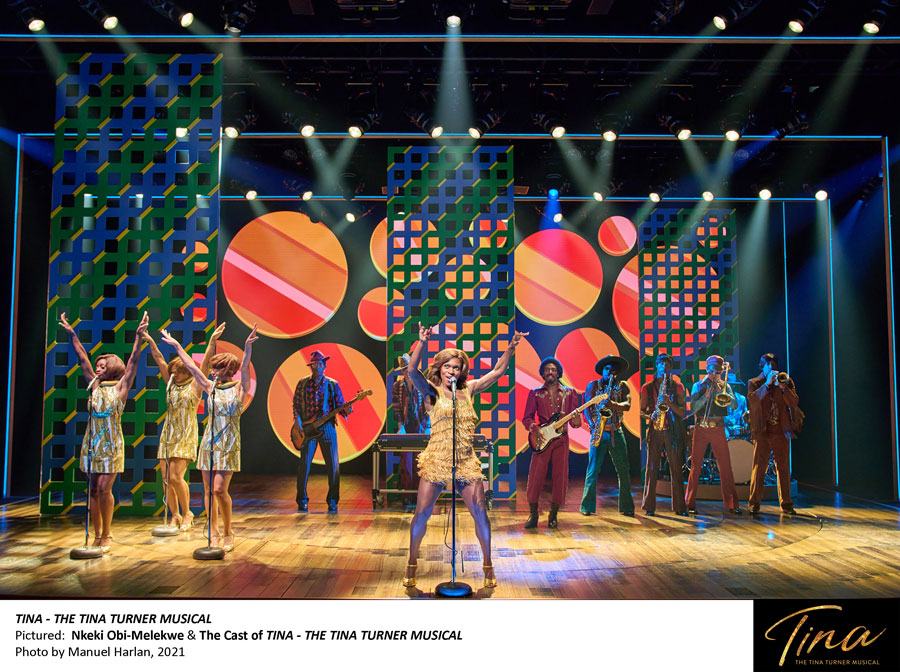 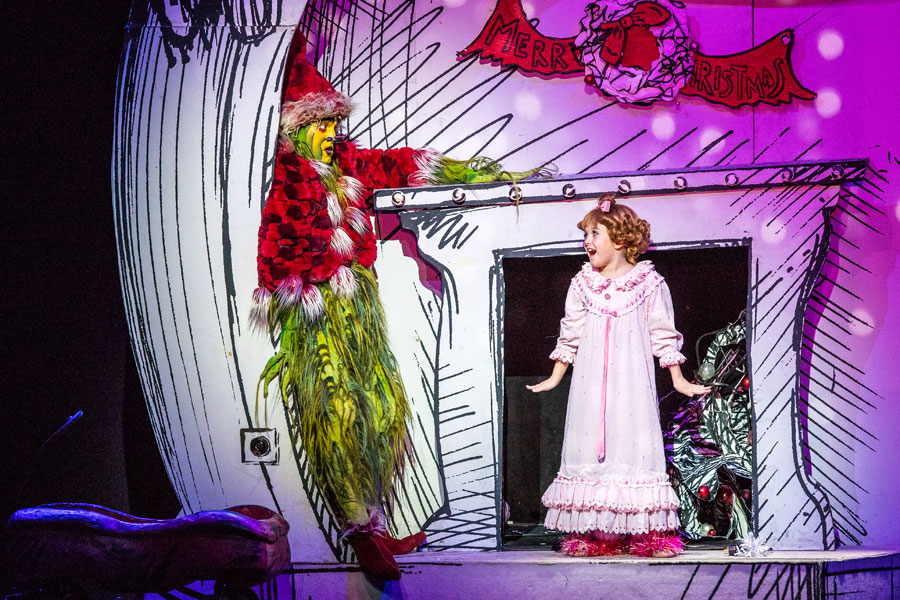 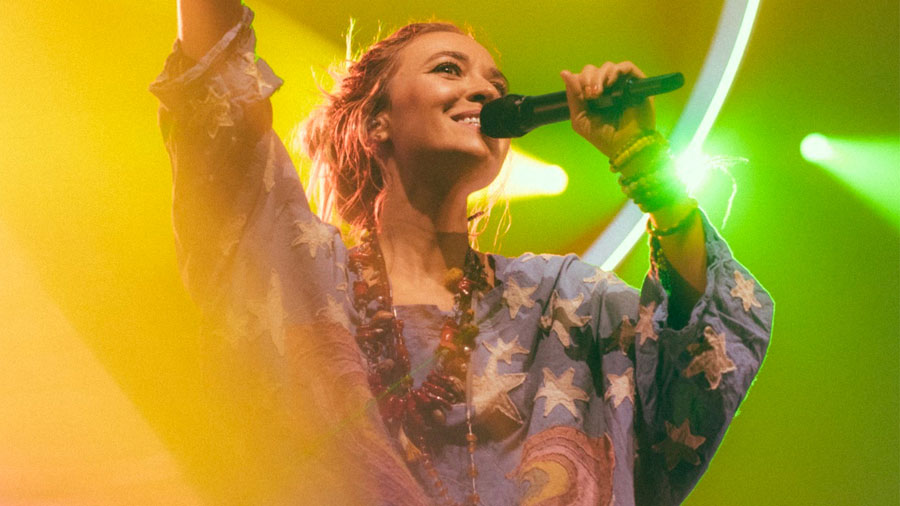 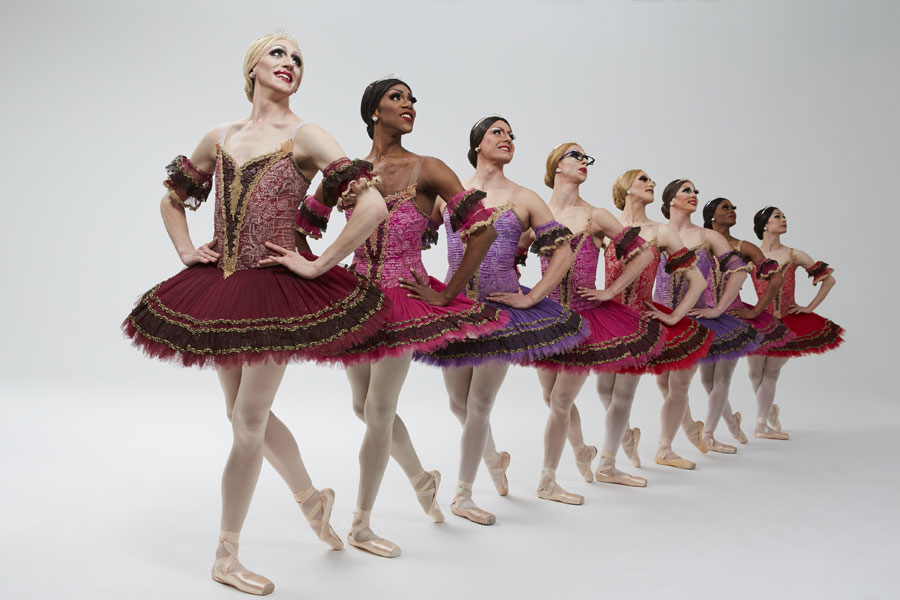 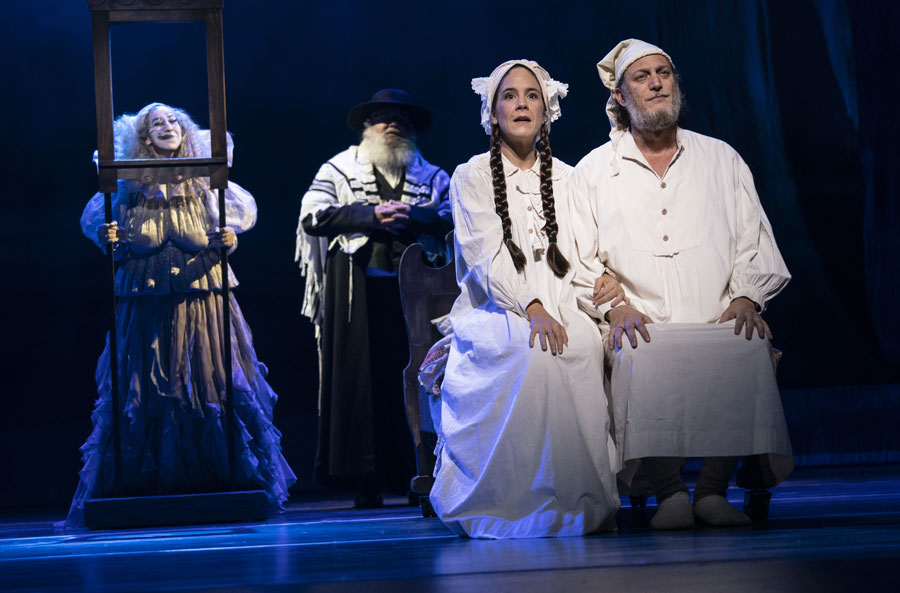 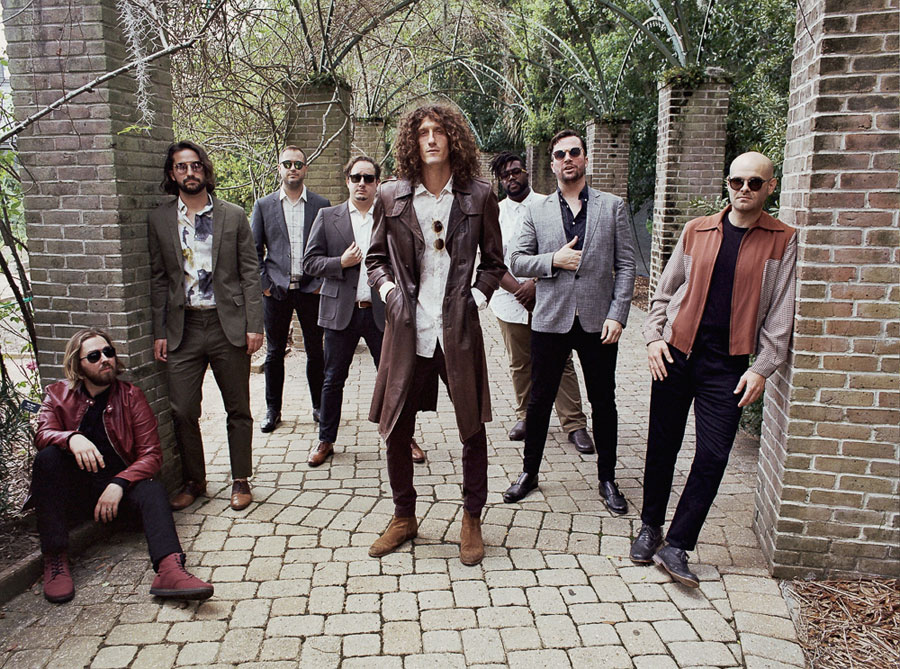 Whether you’re a fan of the classics or prefer contemporary, there’s something to warm the heart and soul every music and performing arts lover this winter. Get into the holiday spirit with The Nutcracker ballet, Dr. Seuss’ How the Grinch Stole Christmas! The Musical or enjoy traditional holiday tunes performed by renowned singers Chris Isaak and Lauren Daigle. Get ready to laugh out loud with award-winning comedians, tap your toes to top musicals, and dance without care at exhilarating concerts. Bravo!

National WWII Museum – nationalww2museum.org
December 2–23 (daily except Saturdays): Louisiana Christmas Day
Spend the holidays Louisiana style as the Victory Belles take us on a musical tour from the raucous Cajun bayous to the splendors of caroling in Jackson Square during this matinee luncheon. Written and directed by Ricky Graham.

December 3, 10, and 17: Teddy Bear Tea
The perfect holiday experience to share with children and grandchildren features delicious food and sweet treats, lively music from the Victory Belles, and a special visit with Santa!

January 26: Louisiana Philharmonic Orchestra – The Violins of Hope
The Violins of Hope is a collection of violins and other instruments that were played by Jewish musicians during the Holocaust. Join the LPO at the US Freedom Pavilion for a special free concert featuring violinist Philippe Quint.

December 17 and 18: Delta Festival Ballet’s The Nutcracker
This new production is a comedy for the ages with a brand new vision. Set in the French Quarter of antebellum New Orleans, the story is an old one and it could easily be our story of our people.

Le Petit Theatre – lepetittheatre.com
January 12–29: The Color Purple
Tony- and GRAMMY®-nominated musical based on the Alice Walker novel set in the early 20th-century American South, spans the life of Celie, an African-American woman with dreams of escaping her husband’s control to reunite with her loved ones. Despite being oppressed, Celie embarks on a remarkable journey toward empowerment and self-love complimented by a joyous musical score.

December 13–18: Dr. Seuss’ How the Grinch Stole Christmas! The Musical
Re-discover the magic of Dr. Seuss’ classic holiday tale as it returns to New Orleans! Magnificent sets and costumes inspired by Dr. Seuss’ original illustrations transport audiences to the whimsical world of Whoville and remind us of the magic of the season.

December 27: Nutcracker! Magical Christmas Ballet
Bringing people together during the Christmas season has always been the purpose of this magical production, and after 30 years of bringing joy and celebration to families nationwide, they continue to welcome new and returning guests to take part in the holiday classic, now rebranded as “NUTCRACKER! Magic of Christmas Ballet.”

January 10–15: Jesus Christ Superstar
Celebrating its 50th Anniversary, a new mesmerizing production of the iconic musical phenomenon returns to the stage. Appealing to both theater audiences and concert music fans, this production pays tribute to the historic 1971 Billboard Album of the Year while creating a modern, theatrical world that is uniquely fresh and inspiring.

January 19: Louis C.K.
Six-time Emmy® Award winner Louis C.K. has released over eight standup specials and is the creator, writer, director, and star of the Peabody Award-winning shows Louie and Horace and Pete.

January 20: The Temptations and The Four Tops
The Temptations, often referred to as “American Music Royalty,” are world-renowned superstars of entertainment, revered for their phenomenal catalog of music and prolific career. Celebrating their 60th anniversary in 2021, The Temptations released a new album and national concert tour. The Four Tops made their first single in 1956, and spent seven years on the road and in nightclubs, singing pop, blues, Broadway, but mostly four-part harmony jazz. Their first Motown hit, 1964’s “Baby I Need Your Loving,” made them stars.

February 24: John Mellencamp Live and In Person 2023
Live from the Rock and Roll Hall of Fame opening of his new permanent exhibition, John Mellencamp, admired for his folk-influenced hard rock with heartfelt lyrics, kicks off his 2023 tour in February.

February 28-March 5: Fiddler on the Roof
Audiences across North America are toasting a new production of Fiddler on the Roof! Rich with musical hits you know and love, including “Tradition,” “Sunrise, Sunset,” “If I Were a Rich Man,” “Matchmaker, Matchmaker” and “To Life (L’Chaim!),” Fiddler on the Roof is the heartwarming story of fathers and daughters, husbands and wives, and life, love and laughter.

Smoothie King Center – smoothiekingcenter.com
December 15: Bill Burr
An Emmy®- and GRAMMY®-nominated comedian, Bill Burr is one of the top comedic voices of his generation achieving success in TV and film as well as on stage.

February 11: Andrea Bocelli
Italian operatic tenor Andrea Bocelli is classical music’s biggest-selling living artist with record sales of over 80 million units. Noted for his unique blend of opera and pop music, he has recorded 15 solo studio albums including operas, pop, and classical over his illustrious career. He was awarded a Hollywood Walk of Fame star in 2010.

December 10: Blue October
Originally formed in 1996, Houston-based alternative-rock band Blue October are best known for the songs “Hate Me” and “Into the Ocean” from their certified gold 2006 album Foiled.

The Orpheum Theater – orpheumnola.com
December 3: Louisiana Philharmonic Orchestra Holiday Spectacular
The festive Holiday Spectacular returns to the Orpheum with all your holiday favorites! The LPO and special guests will bring an exciting holiday program to you with a few musical surprises.

December 19: Rainbow Kitten Surprise
The alternative-rock indie band, formed in Boone, North Carolina, was formed in 2013 and is known for its harmonies, instrumentation, and lyrics.

December 20: Harry Shearer and Judith Owen’s Christmas Without Tears
Get ready for the Christmas party of the year! Join musician Judith Owen and her husband, actor and humorist Harry Shearer, in an evening filled with music, laughter, yuletide cheer and special guests.

December 27: A Charlie Brown Christmas Live on Stage
Join Charlie Brown, Snoopy, Lucy, Linus, and the whole Peanuts gang as they sing, dance and learn the true meaning of Christmas. This holiday favorite is adapted from Charles M. Schulz’s timeless story and features the music of Vince Guaraldi.

January 26: Louisiana Philharmonic Orchestra – The Violins of Hope
The Violins of Hope is a collection of violins and other instruments that were played by Jewish musicians during the Holocaust. The LPO will feature Philippe Quint on violin playing romantic pieces by Korngold & Chaplin.

January 27: Dita Von Teese – Glamonatrix
Performing striptease since 1992, Dita Von Teese is one of the biggest burlesque stars worldwide. Taking audiences on a journey into fantasy and spectacle, she is renowned for her ornate sets and dazzling haute-couture costumes.

February 17: Big Thief
The GRAMMY®-nominated, American indie-rock band with folk roots comes to New Orleans for one night only.

February 25: Louisiana Philharmonic Orchestra – The Music of John Williams
Join us for a magical night full of your favorite movie tunes.