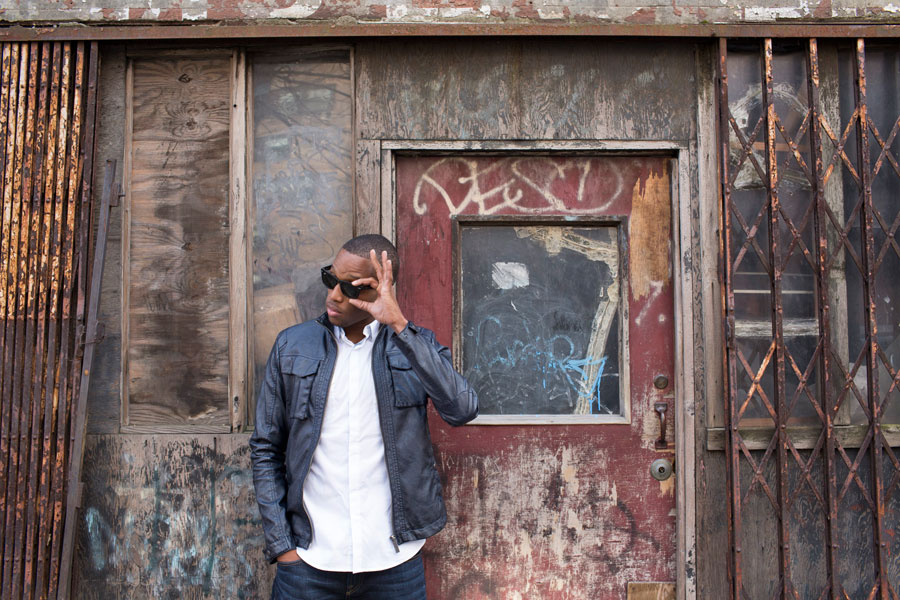 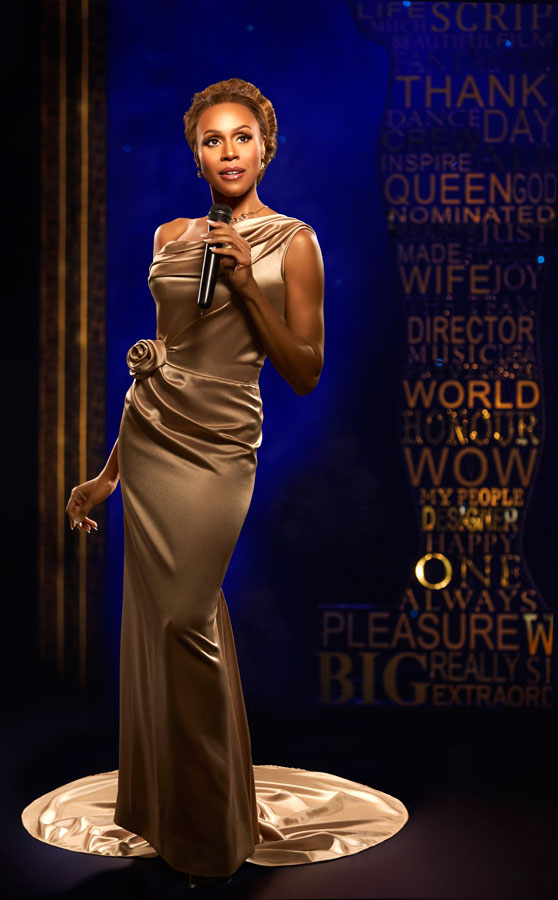 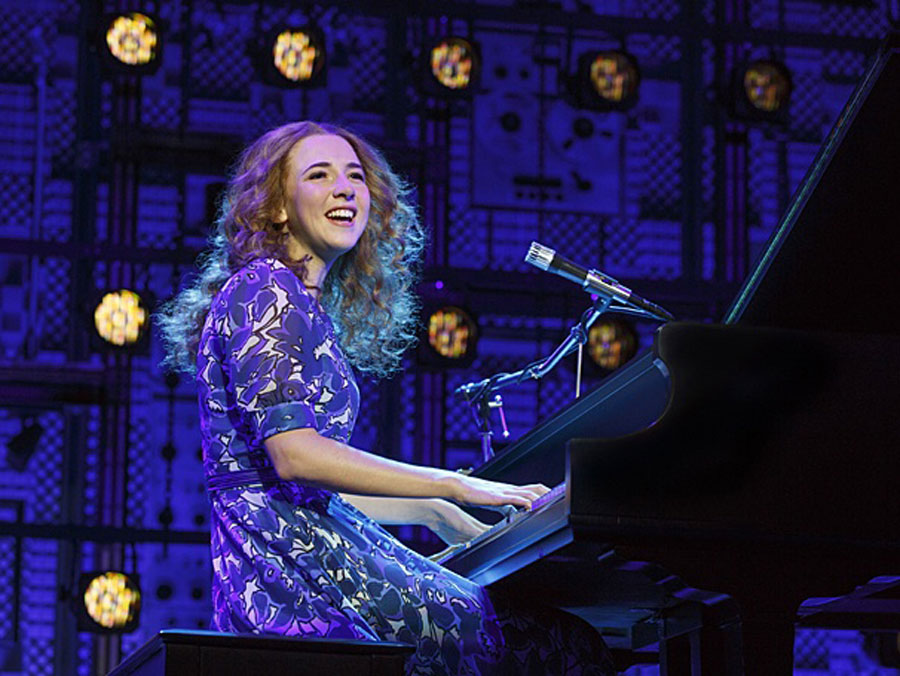 What a great time of the year! It’s a reawakening season after the annual winter’s nap. Suddenly nature decides that it’s time to bud forth once again, and social agendas pick up dramatically.

Our cultural and theatrical offerings are emerging in spectacular fashion after the Mardi Gras madness.

The opening days of February feature a modern classic play about one of our town’s most famous musicians. Jelly’s Last Jam tells the story of Jelly Roll Morton who was born and raised just a few blocks, literally, from Le Petit Théâtre du Vieux Carré on Jackson Square in the heart of the French Quarter. A much-awarded musical, including receiving Broadway’s highest honor, a Tony. Play-dates: January 27-February 12.

Great classical music will be presented by the Louisiana Philharmonic Orchestra with guest conductor Andrew Grams, in residence at the Orpheum Theater, February 3, featuring Beethoven’s Symphony No. 6, Pastoral.

The historic Saenger Theatre on Canal Street, one of New Orleans’ grandest entertainment venues, hosts a return engagement of the hit ABC television program, Dancing with the Stars Live! – We Came to Dance on February 4. Cast members entertain and amaze with an incredible range of ballroom and contemporary musical presentations, each vignette accompanied by awe-inspiring costuming.

The Mahalia Jackson Theater for the Performing Arts in Armstrong Park hosts the New Orleans Opera Association production of Sweeney Todd, February 10 and 12. The story plays out in classic opera style but with the modern music and English lyrics of Stephen Sondheim.

Dave Chapelle and Chris Tucker join their formidable forces in the Saenger February 15, 16,17,18 to add humor, but good sense to the issues of the moment. These two giants of the entertainment industry have crossed boundaries in live performances, at the movies, and on television.

Literally bursting on the entertainment scene in 2002 and never wavering, the uniquely talented Nora Jones is at the Saenger March 4 for one performance only. Receiving literally every accolade afforded a performer, Ms. Jones will graciously perform the high points from an envied canon of musical accomplishments.

Broadway comes to Canal Street once again and this time the feature is the hit show that tells the story of one of the greatest talents of her generation. Beautiful – The Carole King Musical, checks in for an extended run, March 7, 8, 9,10,11,12, for 8 performances in all. Here is music we all know but likely we don’t know the back story of Carol Klein, an immensely creative Brooklyn girl with a dream and chutzpah, who became superstar, Carole King.

Superstar violinist, Augustin Hadelich, will be featured in a concert by the Louisiana Philharmonic Orchestra, under the direction of conductor Carlos Miguel Prieto at the Orpheum Theater on March 10. The music of composer Béla Bartók will be the centerpiece of the evening’s program along with works by classical music composers Kodaly and Jánacek.

The longest running game show on television, “The Price is Right,” invades the Saenger with all its zaniness, enthusiasm, and prizes on March 14.

One of the most star-studded nights ever to grace the stage at the Saenger takes over the grand house on March 15. A Tribute to Hendrix presents the music that came to define an era. Musical stars Buddy Guy, Billy Cox, Zack Wylde, Dweezil Zappa, Jonny Lang, Kenny Wayne Shephard, among many others all in live performance will each add their stylings to the music of a master, Jimi Hendrix.

The very next evening, March 16, Bryan Ferry moves onto the Saenger stage to present important pieces in his haunting, brooding manner. He is a man of many talents: writing, arranging, performing, recording 14 albums, and bringing innovation to every aspect of his work.

Also on March 16, patrons of the performing arts face a hard musical choice, to see Brian Ferry or go to the Louisiana Philharmonic Orchestra’s presentation of noted cellist Jesus Castro-Balbi in a program that will feature Tchaikovsky’s Symphony No. 5. Carlos Miguel Prieto will conduct.

Ballet takes center stage at the Mahalia Jackson Theater, March 18, when the Stars of the American Ballet Theatre Encore! Is presented. Daniel Ulbricht of the New York City Ballet has hand-picked the dancers and will direct this company through musical masterpieces by Dove, Balanchine, and Wheeldon, among others.

The Joy Theater once again hosts Director John Waters on March 18. Waters’ candid, outrageous, and direct observations on life and his craft have proven to be very popular with New Orleans’ audiences.

Musical legend and member of the Rock and Roll Hall of Fame, Chicago, arrives at the Saenger. On March 21. The highest ranking American band on Billboard Magazine’s “Hot 200 All-Time Artists,” Chicago is the first American rock band to chart Top 40 albums in six consecutive decades. This much history and the group’s outsized talent are not to be missed.

Brain Candy bursts into The Saenger on March 22 with the promise of an especially high level of outrageous comedy. Adam Savage, who is all over television networks, teams up with YouTube sensation, Michael Stevens, and they charge forward with reckless abandon taking on modern society, politics, personalities and no telling what else. Not to be in the audience is to miss biting satire and ribald comments sure to be repeated over and over again at cocktail parties and offices everywhere.

For 5 seasons, TruTV’s hit show, Impractical Jokers, has paid no attention to guidelines of good taste or social boundaries. The live version of the show is coming to the Saenger on March 23. It is suggested that audience members be at least 16 years of age.

Le Petit Théâtre du Vieux Carré presents Horton Foote’s multi-awarded play, Dividing the Estate, appropriately in a divided run, March 24 – April 2, and then April 13-15. This is the story of a dysfunctional family squabbling over the inheritance of their recently deceased matriarch. Foote has mined some very rich humor in the situation, as only he can do.

For three performances, March 25, 26, 27, international comedy superstar, Chris Rock, will bring his considerable talents and powers of observation to the Saenger. Mr. Rock has just about done everything in show business, including movies, theatre, television and recordings. He has produced, starred, and written insightful and cutting-edge material for over three decades.

Musical genius, Brian Wilson of The Beach Boys, will be on tour for the last time to commemorate the 50th anniversary of the release of Pet Sounds, widely regarded as the greatest album of the Rock-and-Roll era. Wilson will be joined by fellow Beach Boy, Al Jardine, and former member of the Beach Boys and the Rolling Stones, Blondie Chaplin. One performance only, March 29, at The Saenger.

North Carolina folk-rock invades The Saenger when the Avett Brothers come to New Orleans March 30 for one performance only. After 14 albums and numerous appearances on late-night television, these talented musicians and writers have more than proven their chops in the entertainment industry.

First time in New Orleans, a multi-media extravaganza featuring the music and effects from the smash-hit video game, Final Fantasy, will fill the Saenger stage and giant screen on March 31. The Distant Worlds Orchestra and Chorus, more than 100 musicians, will perform under the direction of Grammy Award winner Arni Roth.

The New Orleans Opera Association will stage the classic French opera by Charles Gounod, Faust, at the Mahalia Jackson Theatre March 31 and April 2. Selling your soul to the Devil is a very popular theme, but this is one of the most-performed operas in the world.

The Bodyguard has moved from big screen movie houses to Broadway in New Orleans. The critically acclaimed and awarded musical, starring Deborah Cox, will be at the Saenger for eight performances, April 4, 5, 6, 7, 8, 9. Romance blooms when it is least expected in the most unexpected places, great music, including the hits, I Wanna Dance with Somebody and I Will Always Love You, accompanies a compelling story to make The Bodyguard a favorite of fans everywhere.

The Orpheum Theater goes into its comedy mode April 14 when the “Lovable Queen of Mean,” Lisa Lampanelli, brings her special brand of fun that falls somewhere between Don Rickles and Archie Bunker, according to no less an authority than Jim Carrey.

The entertainment and diversity of ballet will be on full display April 22 when the New Orleans Ballet Association presents another evening with Complexions Contemporary Ballet at the Mahalia Jackson Theatre. This exciting program was created and staged by alumni from the Alvin Ailey American Dance Theatre. Kinetic choreography and daredevil dancing will be accompanied by great music ranging from Mozart and Bach to Bowie.

The Grateful Dead are “willed” back into existence at the Joy on April 27, with a reprise performance the next night, April 28, with the Dark Star Orchestra. More than 2,000 shows in 15 years all over North America and Europe have honed this group into the stage presence and the sound that was lost when The Dead ceased to be.

As part of the 6th Annual NOLAFunk series, in conjunction with the New Orleans Jazz and Heritage Festival, Le Petit Théâtre du Vieux Carré presents An Evening with MOE on April 27. The series continues on April 30 with soul singer, composer and Broadway chanteuse, Morgan James.

Three-time Grammy Award winner, songwriter, singer and instrumentalist, Ben Harper, and his band, The Innocent Criminals, come to the Orpheum for one show only on April 28.