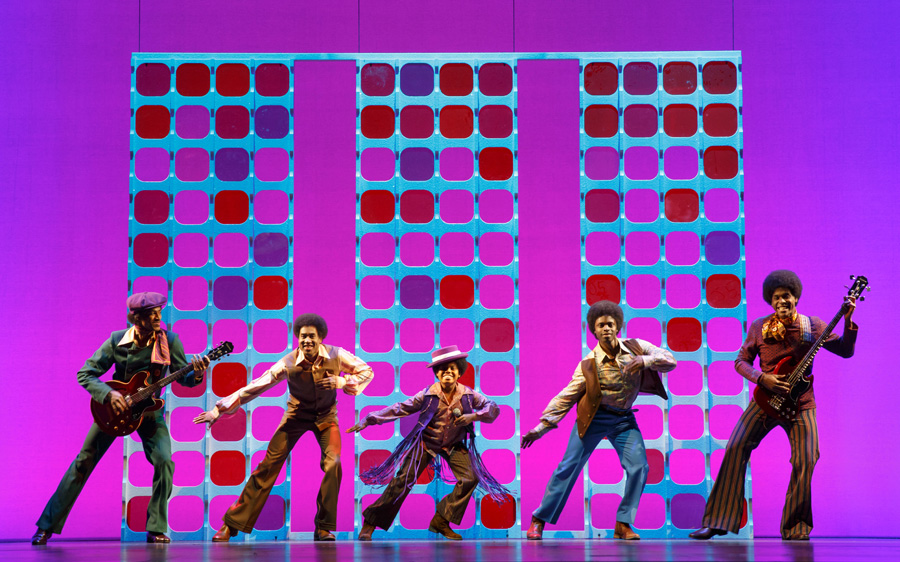 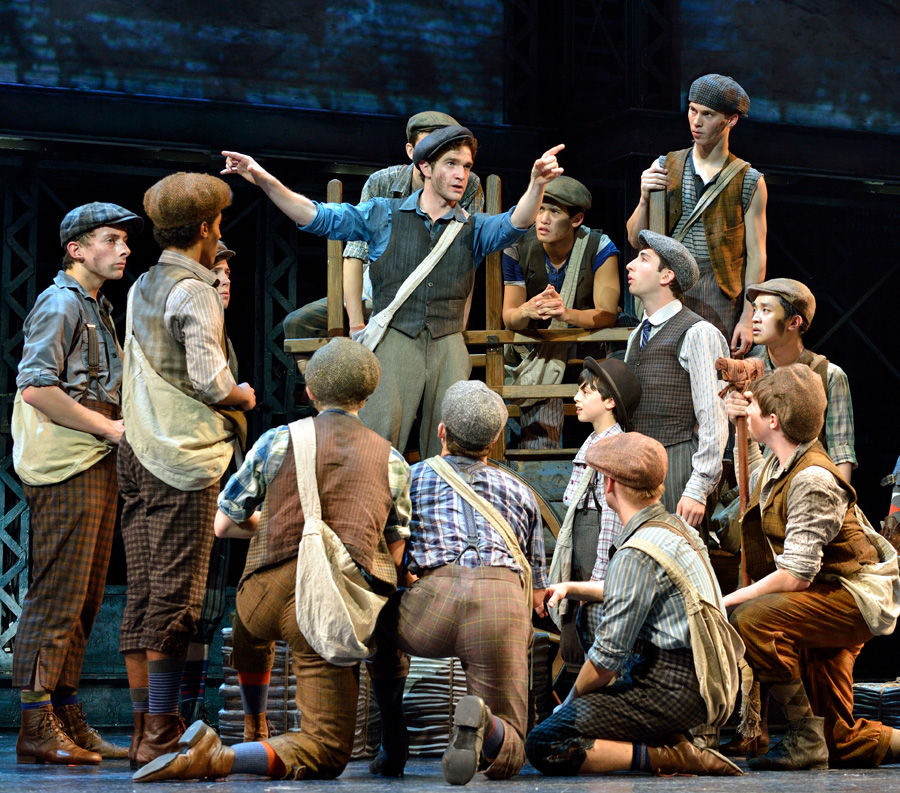 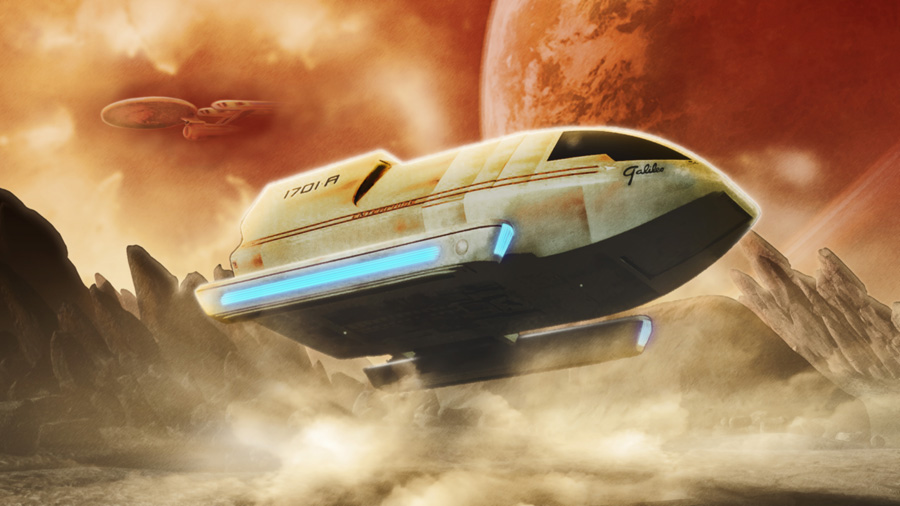 What does the holiday season mean in a city that stages festivals, almost daily parades and world-renowned celebrations year-round? It means that New Orleans has to celebrate bigger and better. And that is precisely what happens.

Many theatres are in full bloom, staging entertainment of all types at a frenetic pace. From grand productions worthy of Broadway to symphonic performances, along with intimate concerts, ballet, and everything in between. Every night there is something for everyone to enjoy. Holiday memories are waiting in the wings.

Broadway in New Orleans continues in grand fashion at the Saenger Theatre with a lavish production of Rodgers & Hammerstein’s Cinderella. The authors of The Sound of Music and South Pacific, legendary shows, have included all the elements and effects of the tale about a young, unfortunate girl who charms a Royal Prince. October 27- November 1.

The nearly 100-year-old Orpheum Theatre, home of the Louisiana Philharmonic Orchestra, has been resurrected with features such as state-of-the-art audio and lighting, restoration and repair of the original ornate plasterwork and ceiling, return of the service elevator and the installation of a moveable floor to allow for every conceivable configuration.

A true architectural jewel, he Beaux-Arts style building is one of the few remaining vertical hall theatre designs popular in the early 1900s.

On November 6-7 the Orpheum presents The Wizard of Oz with a full live orchestra. Seventy-five years after its initial release, The Wizard of Oz, the motion picture, still dazzles. This latest release has been fully digitally upgraded for a richer visual experience and with the accompaniment of a live orchestra, you will certainly feel that you are not in Kansas anymore.

The always-full-of-surprises, Puscifer, brings their electro-rock-meets-comedy show to the Saenger for one night only, Saturday, November 7. Their new album, Money Shot, is the raison d’être for a national tour and this is the New Orleans stop.

Same night, November 7, over at the Mahalia Jackson Theatre of the Performing Arts, 1964 The Tribute, will transport you back to the magical days of Beatlemania. The ultimate Beatles tribute band will cover the songbook of the Fab Four, featuring the clothes, the rhythms, the driving sounds, even the instruments from that era of music known as The British Invasion.

Ten years of winning acts from America’s Got Talent television show will be live on the Saenger Theatre stage November 8. Show stoppers, one and all. Answering the eternal question, “Can astrophysics be fun?” Neil deGrasse Tyson brings his brand of science education/entertainment to the Saenger for two nights, November 10 and 11. Host of the immensely popular Public Television program, NOVA, Science NOW, and most recently hosting the Fox Television series, Cosmos, a Space and Time Odyssey, nominated for 13 Emmy® awards, Tyson, author of 10 volumes about science, will present the story of our universe, delivered with laughs and wonderment.

On November 8, the Joy Theatre welcomes the sexiest show on the planet, Suicide Girls – Blackheart Burlesque. No one under 18 years of age will be admitted.

The sultry style of one of the most popular jazz artists of our time, Diana Krall, takes the Saenger stage, once again, on November 12, followed a few evenings later by the penultimate modern jazz Holiday music interpreters, Mannheim Steamroller, on November 14.

In between, on November 13, and following up Neil deGrasse Tyson’s Saenger appearance, is another Public Television science phenomenon, Mythbusters©, Jamie and Adam Unleashed. Jamie Hyneman and Adam Savage will not only astound but delight theatregoers.

November 13 and 15, the New Orleans Opera Association, maintaining one of the oldest operatic traditions in America dating from 1796 with annual performances, presents the classic Viennese operatic masterpiece, Die Fledermaus, at the Mahalia Jackson Theatre of the Performing Arts.

Grunge music deserves its place on the New Orleans theatre scene and the Dandy Warhols are just the group to fill the void. They will, no doubt, do so for the benefit of their legion of fans on November 14 at the Joy Theatre.

Back to the Future movie groupies will get a heavy dose of their favorite film with a documentary unspooling at the Joy on November 15, followed by a live performance of The Flux Capacitors, a Back to the Future throwback musical group. Key cast members from the films will be on hand, as will the DeLorean car, certainly an important element in the entire genre.

Comedy seems to be in vogue at this time in New Orleans’ annual calendar and to emphasize that point, the Mahalia Jackson Theatre of the Performing Arts welcomes Last Comic Standing on November 17.

The Joy Theatre hosts Atlanta-based rock band, STS9, November 19, a group renowned for their music and showmanship featured at festivals around the world. Their latest album, their 11th, When the Dust Settles, has enjoyed widespread airplay and a rousing reception from their fans and music-lovers alike.

Also on November 19 --and 20 – the Orpheum presents the Mendelssohn Violin Concerto accompanied by the Louisiana Philharmonic Orchestra with Markus Huber, guest conductor, and special guest performer, Paul Huang, violin. The music of German composer, Felix Mendelssohn, will be featured.

The comic genius, the guy who can capture America’s attention with a television program about nothing, Jerry Seinfeld, will no doubt have a lot to say about everything when he appears at the Saenger, November 20.

The classical American Dance Theatre of Harlem embraces the Mahalia Jackson Theatre of Performing Arts on November 21. Certain to be a triumphant return to New Orleans after a 15-year hiatus, the ADTH has enjoyed a rebirth in both direction and art.

When he was only 12 years old, bluesman Joe Bonamassa opened on stage for B.B. King and now, 26 years later, he is revered as a true keeper of the Blues flame. Catch him onstage at the Saenger, November 24.

If Hip-Hop is your groove, then block out November 28 at the Joy Theatre for a truly all-star line-up: Mac Miller, Tony Lanez, Michael Christmas, and Njomza. With every ticket sold, you will receive the download code, free, for their newest effort, GO:OD.

Billy Gibbons and the BFGs will perform December 1 at the Orpheum. The lead guitarist from ZZ Top, Gibbons brings his unique musical style, rooted in Texas rock and roll, to town.

The Tony Award-winning musical, Newsies, moves into the Saenger December 1 -6. This high-energy song and dance extravaganza is based on a true story. Underdog hardscrabble kids who believe in themselves and in the rewards of hard work, triumph, all to an exciting score.

Christmas Rocks, so believes The Brian Setzer Orchestra, on his 12th annual national tour, taking up residence in the Saenger December 8 for one-show only. The orchestra’s latest album, Rockin’ Rudolph, is on-track to become a seasonal favorite for years to come.

The Orpheum presents a Holiday Spectacular December 12-13. The Louisiana Philharmonic Orchestra teams with the youth brass orchestra, the Roots of Music; the New Orleans Children’s Chorus; Alexis Marceau performing vocals; and the men’s marching group, the 610 Stompers, ordinary men, extraordinary moves, for a holiday concert that will redefine the genre.

The Moscow Ballet’s Great Russian Nutcracker will stage two performances of that vaunted musical piece highlighted by amazing ballet on December 26 at the Saenger. This is always a not-to-be-missed holiday tradition.

The New Year gets a rousing start when Disney’s Beauty and the Beast comes to the Saenger for eight performances, December 29 – January 3. An amazing story to share with the whole family, experience Belle and her eventual love of The Beast who is actually a young prince under an evil spell. The musical score for this show is based on the movie, which won an Academy Award.

A serious dose of New Orleans funk might be the ticket for a New Year’s Eve celebration. The Joy Theatre delivers just that on December 31. A Funky Affair with the Foundation of Funk, featuring Zigaboo Modeliste and George Porter, Jr. of the Meters and the New Mastersounds.

It’s Carnival Season in New Orleans and the Orpheum Theatre is host to a Bal Masque January 9 celebrating the Creole heritage of the City in culture, dance, music (Jimmy Buffet and the Coral Reefer Band, along with Roots of Music and Chawa Mardi Gras Indians), and cuisine, with a dinner featuring the combined efforts of nine chefs, including Mario Batali. Black tie.

Brian Regan returns to New Orleans yet again because this city and that guy can’t get enough of each other. Regan’s comedy on-stage ranks among the best in the business. He holds the record for the most appearances on The Late Show, 28, and has decided that stand-up comedy will be the way to go for the foreseeable future. Catch him January 10 at the Mahalia Jackson Theatre for the Performing Arts.

The music of Ray Charles and Stevie Wonder will resonate throughout the Orpheum, January 16 with a Soul Revival. Ellis Hall, who backed up these artists among many more, will bring his interpretations of their songbooks to the fore.

The music will be in fine form January 19-24 at the Saenger with Motown: The Musical. One man’s story becomes the story of everyone’s American Dream. Eight performances filled with the classic sounds of Motown, as molded by Berry Gordy, Diana Ross, Smokey Robinson, Michael Jackson and many more.

For a distinct change of tempo, the Orpheum pesents Carnaval! on January 22. Carlos Miguel Prieto, music director for the Louisiana Philharmonic, will conduct a program featuring the works of composers Respighi, Berlioz, Verdi, Arban, and Chabrier.

Stand-up comedian, author, film and television actor Patton Oswalt’s surreal humor will be on display when he takes his show to the Mahallia Jackson Theatre Saturday, January 23.

Just a few days later, January 27, Star Trek : The Ultimate Voyage concert tour will launch at the Mahalia Jackson Theatre. The lavish production features an impressive live symphony orchestra and film and TV footage from over five decades of the franchise beamed in high definition to a 40 foot wide screen. The concert event is sure to enthrall Trekkies, sci-fi fans and anyone expecting an exciting and unique theatrical experience. #