Showtime: Summer in the City 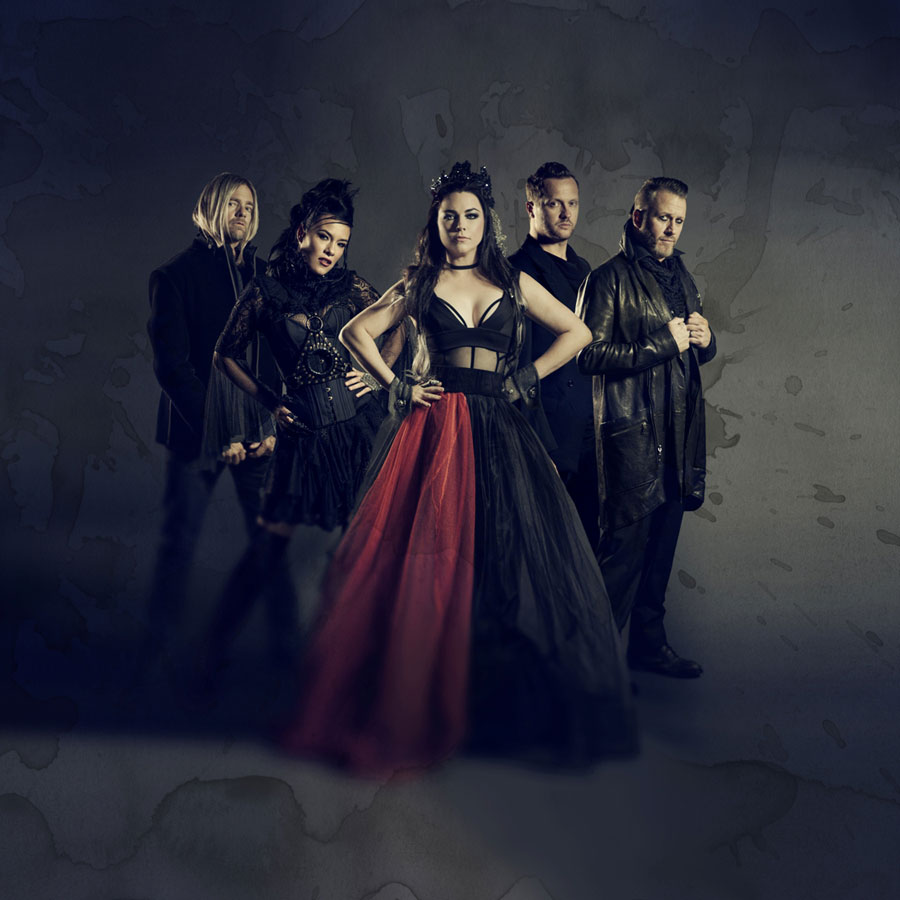 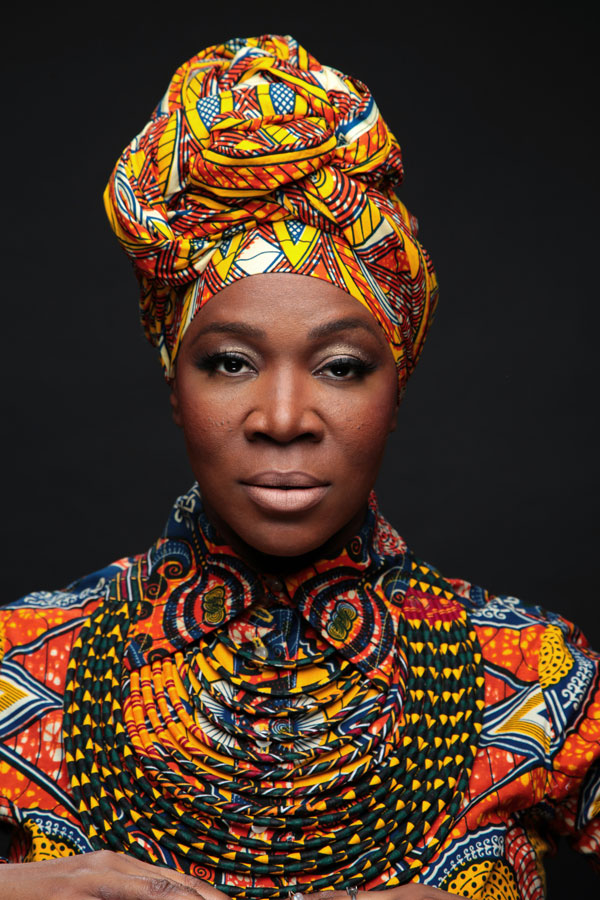 Summer is supposed to be the slow season in New Orleans…

The weather is hot, but so are the lineups at the city’s musical and theatrical venues. In music, there are long-anticipated reunion shows, particularly those featuring prodigal New Orleans acts returning in conjunction with Jazz Fest, as well as huge megastar events featuring both contemporary popstars and blast from the past concerts with throwbacks from the last several decades, and plenty of gigs highlighting up-and-coming stars from every genre.

Throw in a mix of burlesque, live theater, comedy and personal appearances. The days are long and sweaty, but a night out guarantees comforting air conditioning, cold beers, and any flavor of fine entertainment.

What better way to kick off the hottest months of the year than with the artists who brought us the chart-topping, Grammy-winning single “Bring Me to Life”? Early-aughts superband Evanescence returns to prominence, featuring their signature gothic rock stylings and the impressive vocal range of frontwoman Amy Lee, with an appearance at The Saenger Theater on May 7.

Everything he does…he does it for…a four-decade long career of mega hits, including the soft rock classic “(Everything I Do), I Do It for You” from the 1991 Robin Hood: Prince of Thieves soundtrack. Canadian rocker Bryan Adams headlines Champions Square on May 9.

Written and performed by American concert pianist Mona Golabek, The Pianist of Willesden Lane tells the story of a young Jewish pianist during the Blitzkrieg of WWII. The performance runs May 10-26 at Le Petit Theatre.

Continuing the theme of blasts from the past, The Mixtape Tour brings five of the biggest late-eighties pop groups to The Smoothie King Center on May 11. New Kids on the Block hosts with special guests Salt-N-Pepa, Tiffany, Debbie Gibson, and Naughty by Nature.

Feeling more angsty than nostalgic? “It Must Be the Whiskey” singer Cody Jinks grew up on country, fronted a metal band, and eventually returned to country. He brings his outlaw style to The Saenger with special guests The Steel Woods on May 11.

She’s not the average girl from your video…Famed soul singer India.Arie returns to the public eye with her first full-length album in five years. The WORTHY Tour brings her to The Mahalia Jackson Theater on May 16.

The Louisiana Philharmonic Orchestra’s final performances of the season take place on two nights, May 16 and 18, at The Orpheum. Stravinsky’s The Rite of Spring is the third of three works in the performance, featuring pianist Joyce Yang.

It’s hard to believe that iconic rockers Lynyrd Skynyrd have announced a farewell tour, but at least New Orleans audiences will get the chance to holler “Freebird” at The Smoothie King Center on May 17. Hank Williams, Jr. is scheduled to appear as special guest.

The Walking to New Orleans Tour marks the arrival of jazz guitarist George Benson at The Fillmore on May 21. Benson, best known for his triple-platinum soul jazz album and single “Breezin’” initiated the tour and corresponding album to pay tribute to Fats Domino and Chuck Berry.

The name Paul McCartney speaks for itself. The legend returns to The Smoothie King Center as part of his Freshen Up Tour on May 23. Two days later, the venue hosts Ariana Grande: The Sweetener World Tour with Normani and Social House on May 25.

The story is a classic, the choreography is contemporary, and this ballet is timeless. The Orpheum presents Cinderella for two performances, May 24 with performance a matinee on May 25.

The song “Is She Really Going Out with Him?” brought classically-trained Joe Jackson pop success in the early eighties. Thus, the title Four Decade Tour highlights the singer/pianist’s longevity. He appears at The Civic on May 28.

Come from Away tells the true story of 7,000 stranded airline passengers in a remote Canadian village in the days following the 9/11 attacks. The musical runs May 28-June 2 at The Saenger.

Dance dynamo Derek Hough dances his first solo tour with a stop at The Saenger on June 8. The show will feature original choreography from the versatile artist best known for his work on Dancing with the Stars.

On June 8 The Amy Celebration , an Amy Winehouse ten-person tribute act, comes to the Joy Theater with a potion of the ticket sales benefiting the MusiCares Grammy foundation.

Weird Al” Yankovic, the biggest-selling comedy recording artist in history, comes to the Seanger on June 13 with his biggest show ever. Weird Al is back to playing the hits and classics with his Strings Attached tour, a high-energy rock and comedy production featuring his original band, costumes, props, a video wall and - for the first time - background singers and a full symphony orchestra. This is a performance not to miss!

Grab your knee high boots, the Broadway smash Kinky Boots is coming to The Big Easy! Tony-award winning Broadway sensation Kinky Boots runs for just five performances at The Saenger, June 14-16. With a score by Cyndi Lauper and book by Harvey Fierstein, KINKY BOOTS tells the uplifting and heartwarming tale of Charlie Price, a young man reluctantly taking over his family’s struggling shoe factory and looking for a fresh idea. Charlie meets and finds inspiration in Lola, and together they discover that it takes a good friend to make a great pair.

Circus act or alt-rock/rap performance? Critically lauded and multiple award-winning Twenty One Pilots returns to The Smoothie King Center for the second leg of The Bandito Tour on June 19 in one of their final Northern American appearances before they return to Europe to close the tour. The show has been lauded for the abundance of acrobatic tricks performed by band members while belting out hit after hit.

Smooth as silk crooner Michael Bublé returns to The Smoothie King Center on July 17 with an added bonus for fans: every ticket purchase includes a disc or digital version of his latest album, love.

Indie rock band Built to Spill has built a catalogue of eight albums over two decades. But they are even more well known for their prolific touring schedule, staying on the road nearly non-stop. They visit The Joy Theater for their Keep It Like a Secret Tour on July 17.

Emmy-winning life coach Iyanla Vanzant brings her Acts of Faith Remix Tour to The Saenger on July 25. The best-selling author and frequent guest on the Oprah Winfrey Network hosts this interactive event on the 25th anniversary of the first publication of her book.

Rüfüs Du Sol have become darlings of the major festival circuit, playing internationally as well as the ubiquitous Electric Forest Festival in Las Vegas and Coachella—three times. July 27 is the day the Australian electronic trio takes over The Joy Theater. The Solace Tour showcases their third album.