A Season of Performance and Celebration 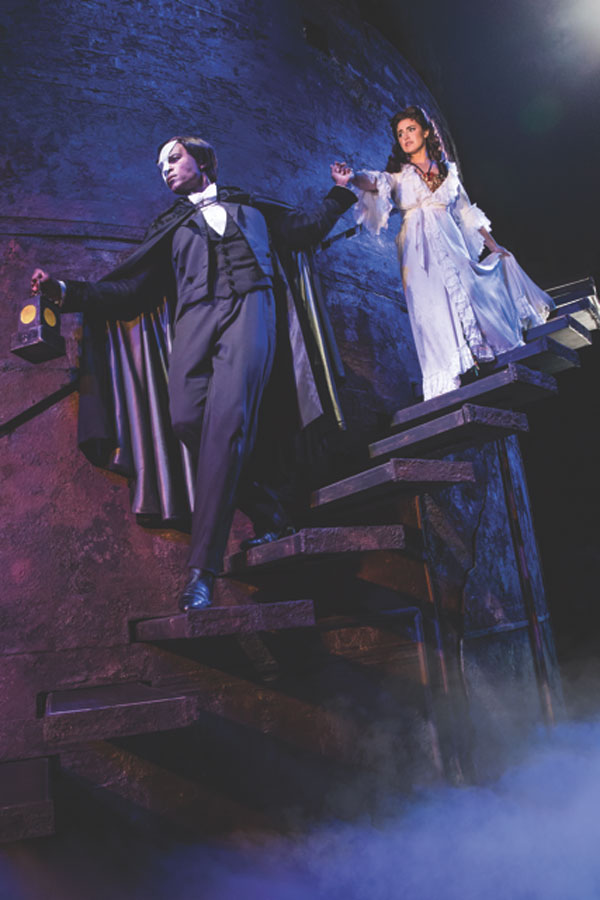 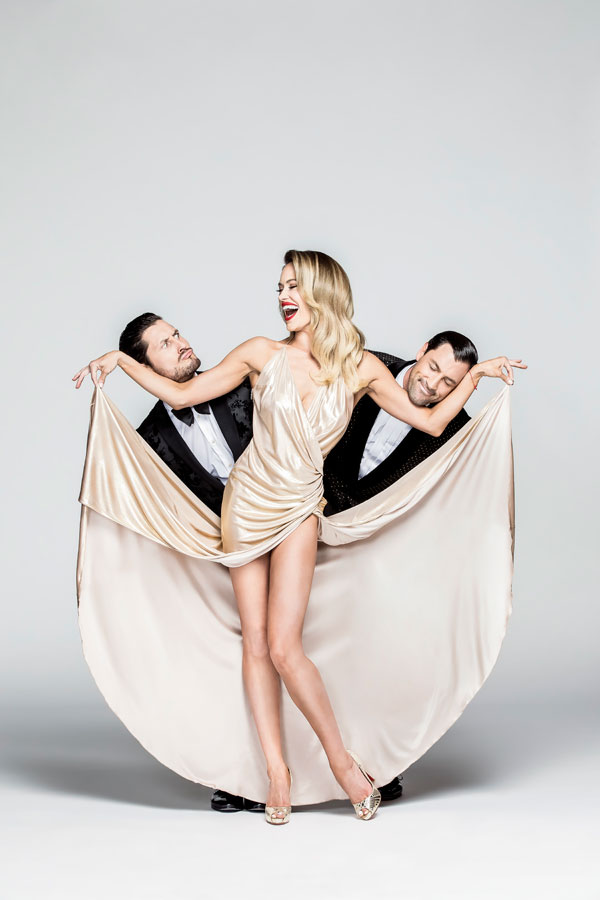 While New Orleans sets the stage for one of the world’s most fascinating winter festivals, Carnival, culminating in Mardi Gras --- the city may make a stab at observing Ash Wednesday, or giving up a pleasure for Lent. However, despite observations and traditions, New Orleans kicks the entertainment and social scene into a higher gear.

This year, Fat Tuesday falls on February 13th and from that point on, the celebrations during the 300th Anniversary of the Founding of New Orleans in 1718 will never slacken. The theatrical scene is particularly celebratory. All auditoriums will be fully booked with verve and vitality offering levels of entertainment that are, to use just one word, extraordinary!

The Mahalia Jackson Theatre for the Performing Arts, the jewel of Louis Armstrong Park across North Rampart Street from the French Quarter, will culturally shift gears as it stages a classic Chinese dance and music presentation, Shen Yun, for three performances only, February 3 and 4.

The gateway to the Valentine's Day celebration and to Mardi Gras is through the Joy Theater. Big Gigantic's “Got the Love Tour” settles in February 11 delivering driving beats, thunderous bass, and frenetic melodies. Special guest will be Shallou. It is most appropriate during the Season of Lent that the Saenger Theatre features, “C.S. Lewis – A Most Reluctant Convert,” on February 17. Max McLean stages a moving and impactful performance portraying the British literary lion in a fascinating journey of Faith.

The Saenger then hosts the 2016 Tony Award winning drama, and major motion picture material, The Color Purple, February 20 – 25 for eight performances. This musical revival, an important presentation in the Broadway in New Orleans series, is, according to the Hollywood Reporter, “a direct hit to the heart.”

It took twelve years for the reggae band, Rebelution, to hit Number 1. Debuting in that slot on Billboard's Reggae charts with Count Me In, the guys have never looked back. The album, Falling Into Place, made use of different producers, writers, and even different recording studios for each track. In concert February 21, Joy Theater, with guest artists, Raging Fyah.

The Revolution, the infamous back-up band for Prince, headlines at The Joy Theater on February 22. The Revolution merges funk, rhythm & blues, rock-n-roll, and psychedelic styles so successfully; they are considered one of the most acclaimed musical acts of all time.

The Louisiana Philharmonic Orchestra takes center-stage in its home, the Orpheum Theatre, on February 22 and 24 with a challenging and ambitious program titled, “From the Big Easy to the Big Apple Glass Orchestral Project – Carnegie Hall.” This is a preview of the program the Orchestra will present later at Carnegie Hall featuring the music of Philip Glass, including homage to the favelas of Brazil, and a performance of Revueltas’ La Noche de los Mayas.

The musical force known as Gramatik brings his brand of unique sounds and music to the Joy Theater on February 24. Haywyre will also be on stage with their own electronic and piano instrumentals.

The New Orleans Ballet Association will bring only one performance of the classic ballet, Romeo and Juliette, presented by the company, Les Ballets de Monte-Carlo. The 50 dancers will interpret the music of Prokofiev as applied to one of the world’s greatest love stories to the Mahalia Jackson Theater February 24.

Cirque du Soleil certainly needs no introduction as this European-style circus troupe continues to dazzle and amaze on every continent. The newest show is Corteo, Get Carried Away with Life. It will be presented for five performances, March 2 – 4, at the Smoothie King Center.

The outrageous Bianca Del Rio, alter ego of New Orleans performance comedy artist, Roy Haylock, struts “her” stuff to the delight of all in attendance March 3 at the Orpheum.

One of the most historic and successful plays ever penned about New Orleans, Tennessee Williams’ A Streetcar Named Desire, will be presented at Le Petit Theatre du Vieux Carre March 9 – 25. The timing of this production is no accident. This will be one of the featured literary events during the annual Tennessee Williams Festival, and will be a hallmark of the celebrations marking New Orleans’ Tricentennial of the founding of the city.

Country music superstar Luke Bryan shares his secret to “What Makes You Country Tour” at the Smoothie King Center March 10. Luke’s special guests for this performance are Granger Smith and the Brothers’ Osborne.

Trumpeter par excellence, Terence Blanchard, an international sensation, but a true New Orleanian at heart penned the American opera, Champion, which premiered in 2013. The new classical piece will be presented at the Mahalia Jackson Theater on March 9 and 11.

Fleet Fox keeps earning awards for its music in England, Australia and North America. Their third album, Crack-Up, will be featured in concert at the Orpheum Theater, March 12.

A New Orleans and international favorite returns to town for 15 performances, March 14-25 staging a bigger, bolder production of Sir Andrew Lloyd Webber’s masterpiece, Phantom of the Opera. The cast and orchestra number 52 professionals making this one of the largest production companies now on tour in America. The staging, the lighting, and the special effects (think chandelier) have been enhanced and made even more dramatic.

Joe Rogan, centerpiece of the eponymous radio comedy-conversation program broadcast daily on Sirius-XM, will be featured in a podcast on the air from the Mahalia Jackson Theatre, March 15, for two shows, 7:30 p.m. and 10 p.m. “The Joe Rogan Experience Strange Times 2018 Tour,” is, without a doubt, aptly named.

A show that has been seen by millions will once again grace the stage at the Joy Theater March 20. Suicide Girls, “Blackheart Tour,” sets in with expected performances, but always with an unpredictable element that keeps the audience guessing where the girls are taking the evening.

The Louisiana Philharmonic Orchestra is joined by Steve Lippia for an evening of Simply Sinatra, March 24, at the Orpheum Theater. Steve has rapidly established himself, despite his youth, as a foremost interpreter of modern standards with particular emphasis on the works and the arrangements of Ole Blue Eyes.

The kids will not be able to stay in their seats at the Saenger Theatre March 30 when the “Disney Junior Dance Party on Tour” takes over the stage. The place will be rockin.’ Mickey, of course, will be joined by many new friends including Vampirina, Doc McStuffins, Puppy Dog Pals, among many others. Dancing and games for everyone!

Get ready to share your laughter April 6 when John Cleese and “Monty Python” set up in the Saenger Theatre. The absurd is the order of the day for this new classic comedy show. Cleese, a genuine comic genius, will share with you his philosophies and stories before the full screening of the classic film takes place.

Carlos Miguel Prieto conducts the Louisiana Philharmonic Orchestra with featured violinist, the internationally acclaimed, Nigel Armstrong, as they interpret Vivaldi’s masterpiece, The Four Seasons. Then, in a turn of style, the orchestra presents Shostakovich’s Symphony No. 10 at the Orpheum Theater.

The New Orleans Ballet Association will present the return of the Hubbard Street Dance Chicago troupe in the Mahalia Jackson Theater April 7. This special 40-year anniversary performance created by Resident Choreographer Alejandro Cerrudo will once again feature the artistic talents of this top-of-the-line company.

It is fascinating to compare the musical structure and the sounds of modern classical and truly classical music in the same moment. Will the modern tones hold up as well as, say, the work of Bach all those years down the road. The Louisiana Philharmonic Orchestra puts those thoughts and compositions to the test with Bach Easter Oratorio, April 12 at the Orpheum Theater featuring the work of the classical master alongside the modern works of Hovhaness and Harbison.

Both a Pulitzer Prize winner and a multiple Tony Award winner, Rent, lights up the Saenger Theatre stage for eight performances, April 17 – 22. Celebrating 20 years, this re-imagining of Puccini’s La Boheme continues to enthrall and inspire audiences with its tale of morality and desire. The production’s music is an impressive bonus to the storyline.

What promises to be two spectacular evenings, the 75th Anniversary of the New Orleans Opera Association will be commemorated April 20 and 22 at the Mahalia Jackson Theatre. Already a historic program, more details are still being developed at press time.

New Orleans is the birthplace of the only native American art form, Jazz, and the specific place of that birth was, among others, Congo Square, now known as Armstrong Park. The story of the music and many Carnival traditions will be featured at New Orleans Voices of Congo Square, April 20, the Orpheum Theater.

The Louisiana Philharmonic Orchestra pays homage to Prince and his music on April 21 at the Orpheum Theater. The Orchestra will feature a full rock band on stage as well as rock concert lighting.

Television breaks out from its little screen and takes to the big stage at the Saenger Theatre. ABC network’s Dancing with the Stars brings you closer to the talented professionals who will now share with you the personal stories and the aspirations of these young performers. The stage show is sub-titled Confidential, Live on Tour with Maks, Val and Peta taking the top billing. That would be Maksim Chmerkovskiy, Valentin Chmerkovskiy, and Peta Murgatroyd. One performance on April 25.