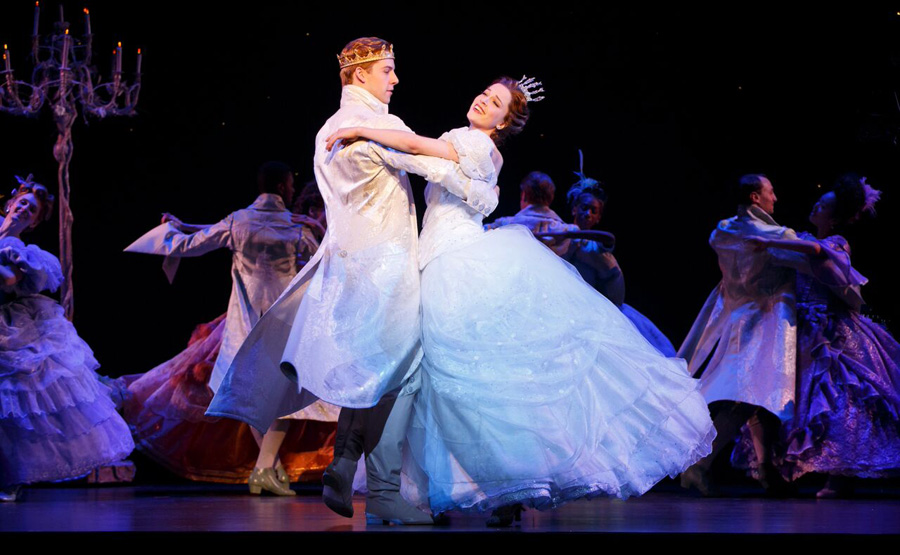 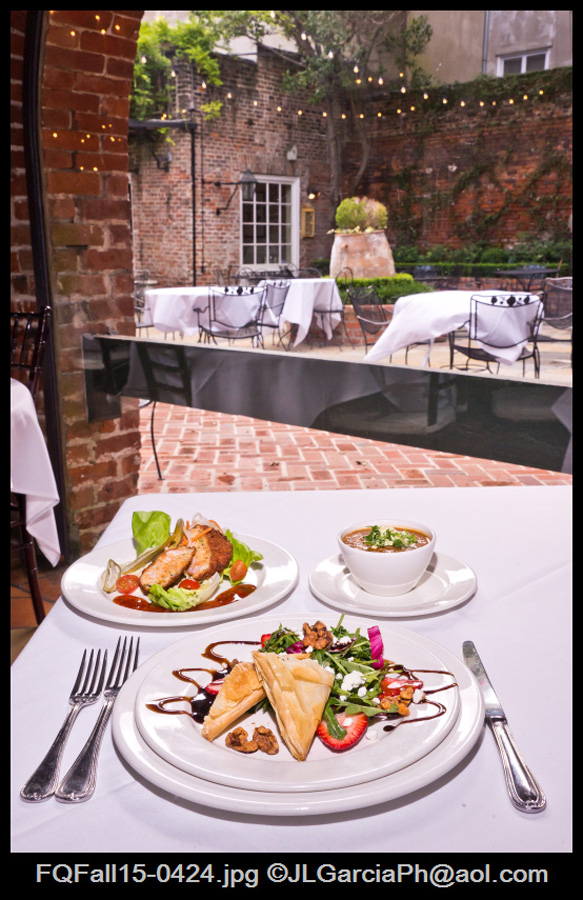 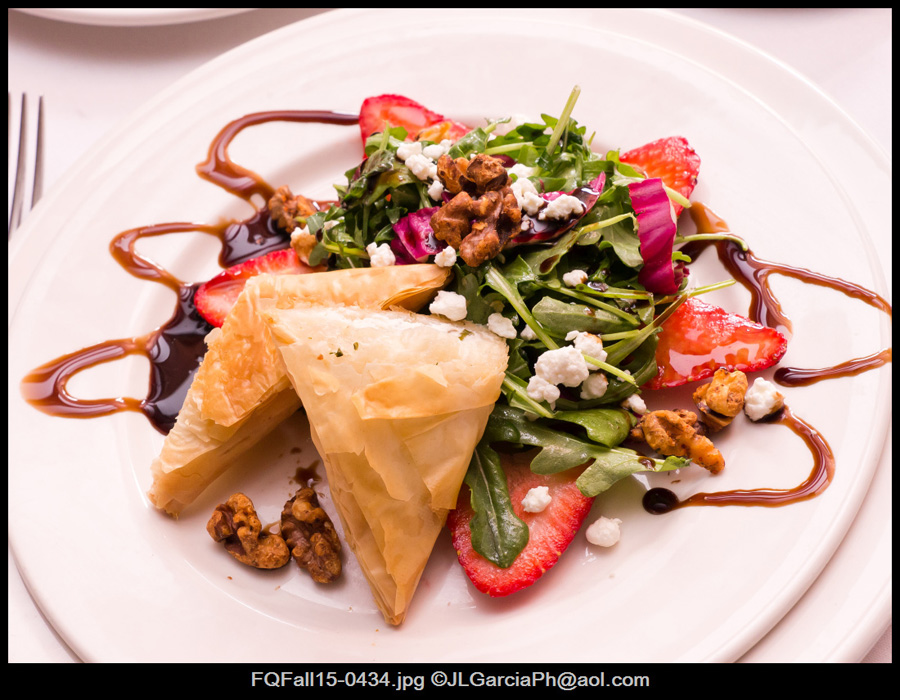 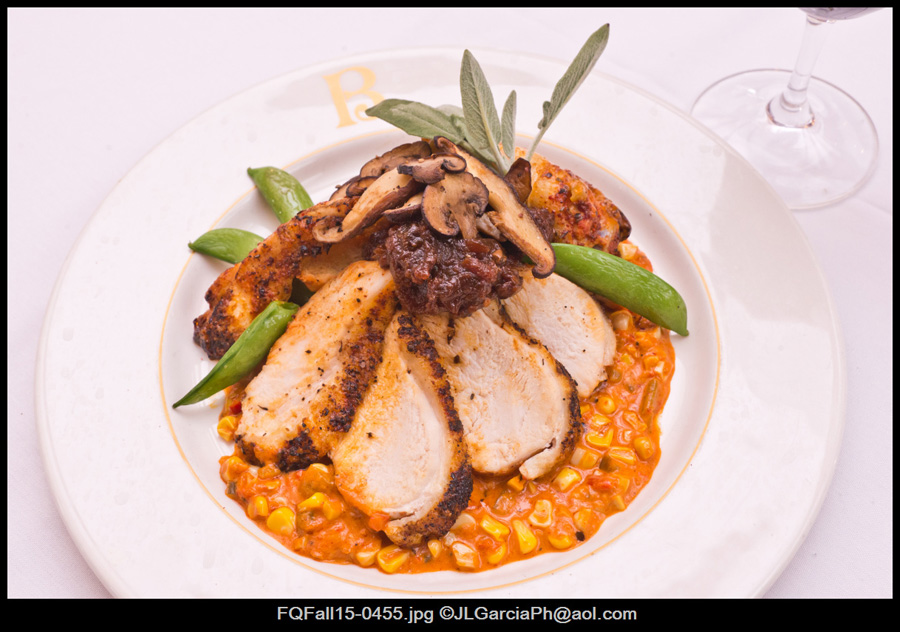 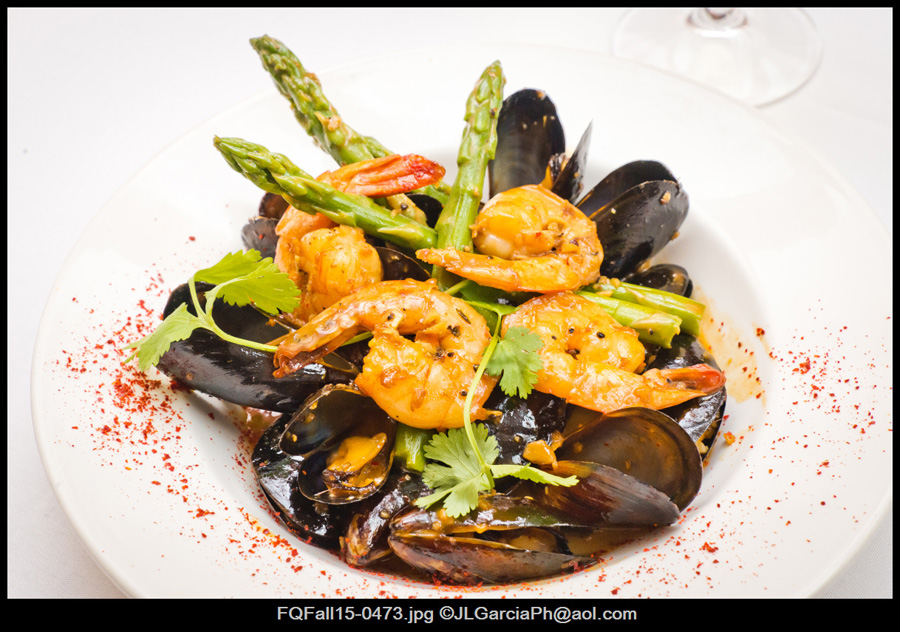 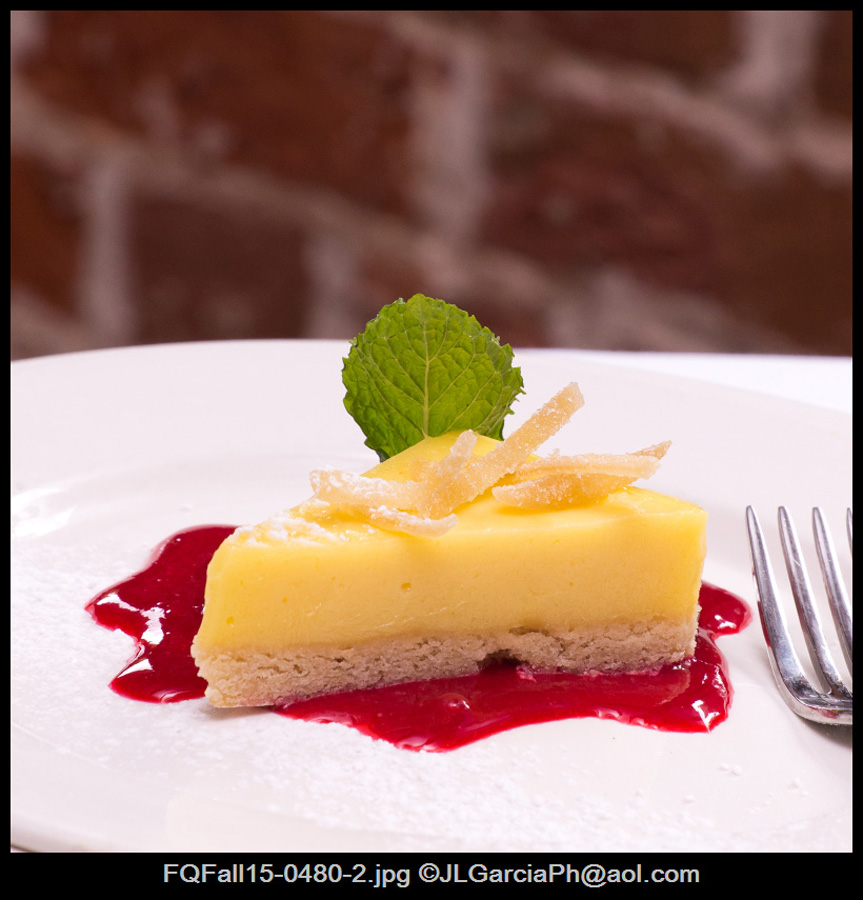 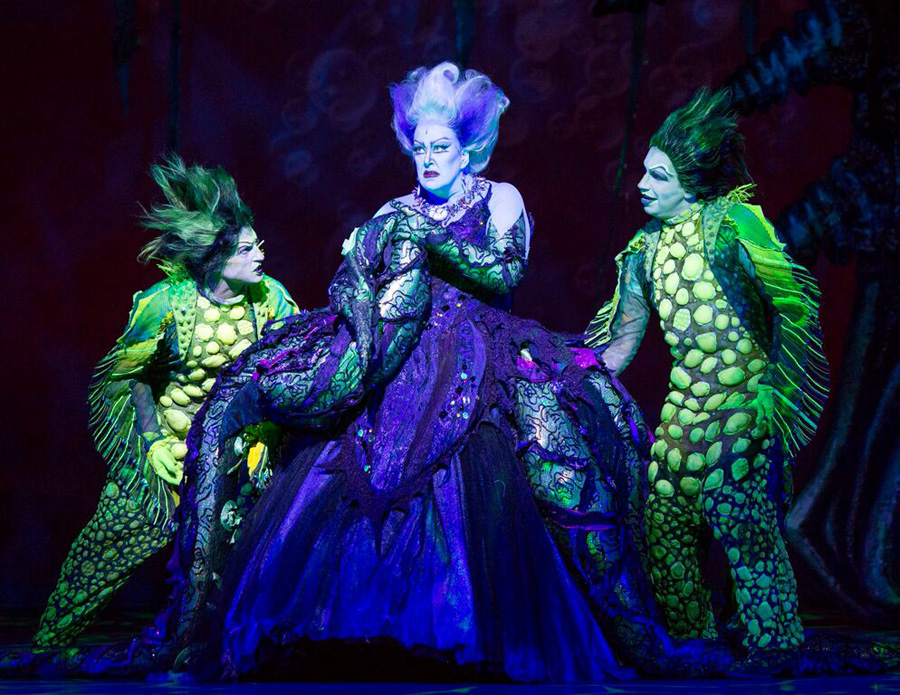 The Music and Theatre Scene Only Breaks for Cocktails and Cuisine!

However, such is never the case in New Orleans with a vivid and active social and entertainment scene during this time of year. As for these live performance productions -- all in air-conditioned comfort -- you will have quite a few choices.

This city embraces all cultures and styles. Alternative music is also a very important part of the New Orleans ‘ many attractions and one of the venues to catch these talented musicians is the Civic Theatre located in New Orleans’ Central Business District (CBD) across Canal Street from the French Quarter.

The Punch Brothers, fortunate enough and good enough to be associated with the legendary record producer, T-Bone Burnett, deliver approachable and melodic original music that crosses genres and generations. They can be enjoyed August 27 at the Civic.

Just a few blocks away, on Canal Street, the Joy Theatre continues to impress with its line-up of talent.

The Glitch Mob comes to the Joy on August 30, with live renditions from their hit album, Drink the Sea, as well as selections from the new EP; We Can Make the World Stop. As one can imagine, the LA sound is as bold as the album titles. An interesting occurrence is planned for September 9, when a bring-the-whole-family show, featuring Passion Pit and their musical repertoire, entertain one-and-all.

Back at the Civic, the finally discovered, Grammy-Award winning group, Halestorm, takes their “Into the Wild” Tour to the stage on September 11.

The Mahalia Jackson Theatre on Rampart Street showcases the talents of Patton Oswalt September 13 who brings his own unique brand of comedy to town. Known best for his supporting roles in television’s Parks & Recreation, The Goldbergs, Two and a Half Men, Portlandia, and Burn Notice, Oswalt has also received award honors for his four comedy albums. In addition, he appeared in the Ben Stiller hit movie, The Secret Life of Walter Mitty.

The Saenger Theatre on Canal Street opened in 1927 and is now completely restored to its original splendor. The grand theatre is listed on the National Register of Historic Places and continues to present the best of musical acts and Broadway shows.

Disney’s The Little Mermaid arrives at the Saenger Theatre’s Broadway in New Orleans series for 8 performances, September 15-20. The whole gang, Ariel, Crabby, Sebastian, Triton, Prince Eric, and all the other friends from under the sea will be onstage for this now legendary production, proving that Life Is the Bubbles!

Another Grammy Awards honoree, Blues Traveler, which has sold millions of albums, comes to town for one performance only at the Civic on September 22. They are joined by a new San Francisco musical sensation, Matt Jaffe and the Distractions.

After a break between seasons, Le Petit Theatre du Vieux Carre begins anew with the classic Thornton Wilder play, Our Town, October 2-18. The classic theatrical setting in the Old Quarter is perfectly suited for this American classic story.

October will see a string of high-flying musical acts at the Civic, including Ghost, October 8, the latest reincarnation of Papa Emeritus and Papa Emeritus II.

The Mahalia Jackson Theatre of the Performing Arts is also the home of New Orleans Opera, preserving the legacy of the oldest opera heritage in America, dating from 1796. This remarkable ensemble will present Verdi’s La Traviata in a completely revamped production, October 9 and 11, which celebrates the opening of the Opera season in the Crescent City.

The bayous of South Louisiana will be explored with song and sound in the Saenger on October 10 with a first New Orleans performance by Beasts of the Southern Wild Wordless Music Orchestra. As the magical 2012 film is screened in the background, the live Orchestra accompanies the presentation adding splendor to a story set not too far from here.

October rolls on with Masters of Illusion, from the hit television series featuring feats of magic that defies explanation headlining for one night only, at the Saenger on October 11.

New Orleans and the Saenger welcome Rock and Roll Hall of Fame inductee, Jackson Browne, October 15, performing all of his amazing hit songs, including Running on Empty, Doctor My Eyes, Take It Easy, and Somebody’s Baby.

Back at the Civic, a Canadian rock ‘n’ roller who is a proponent of the slacker rock and blue wave guitar styles, Mac DeMarco, will take the stage, October 17, along with Alex Calder, another Canadian import.

Alvin and the Chipmunks Live! appear on the Saenger’s stage in-person, for two shows October 18 in a music-filled interactive performance certain to have the entire family joining in.

The emerging duo from Western Washington State of Harrison Mills and Clayton Knight, together known as Odesza, will rule the stage with their electronic sounds, playing songs at the Joy Theatre October 30.

But before or after the show, theatre-goers and music mavens need to eat, and French Quarterly has just the recommendations to make your evening exceptionally more entertaining.

The youngest of the city’s four Grand Dames of Creole cuisine, the newly renovated, dazzling Broussard’s Restaurant and its Napoleon-inspired Empire Bar are celebrating the establishment’s 95th anniversary this year. The founding of the restaurant in 1920 was the motivation for a 3-course $19.20 dinner which features dishes such as Turtle Soup with Sherry and Crab or Shrimp Seafood Cake – just for starters.

However, for those holding theatre tix, who don’t have time for a leisurely dinner before the curtain goes up, there’s definitely time for a quick snack and beverage in the elegant Empire Bar that looks out over Broussard’s exquisite courtyard. Dishes such as Beef Burger or Seafood Cake Sliders, Cuban Sandwich, Devilled Eggs and Cheese Fondue are available for $3-$6.

The bar also offers a selection of punches for $ .95 as well as bar bites of Beef Brochette, Shrimp Toast, Oyster Rockefeller, Chicken Satay, and Fine Herbs Fondue Fries, for $ .95 each.

Less than a block away, the imposing Restaurant R’evolution in the Royal Sonesta Hotel, is serving a three-course pre-theatre dinner at a 5:30 p.m. seating in their luxurious dining rooms.

A collaboration between renowned chefs John Folse and Rick Tramonto, the restaurant has been recognized for its imaginative reinterpretations of classic Creole and Cajun cuisine.

Chef de Cuisine Chris Lusk designed the seasonal menu, which begins with a choice of Seafood Gumbo from Louisiana waters over scallion rice or a House Salad with haricot vert, cucumber and torn croutons. Entrée selections are Braised Boneless Short Ribs with rutabaga-citrus puree’ and red wine sauce; or Shrimp Fricassee and grits with charred tomato veloute’, tasso and fennel.

For dessert, each diner is served a delicious duo of Turbo Stout Chocolate Cake and Creole Cream Cheesecake. Yum!

In addition, Wine and Spirits Director Molly Wismeier, selected by Food & Wine Magazine as one of the top 7 sommeliers in the U.S., has another treat to match with the dinner.

Just a few blocks away on the edge of the Quarter, Meauxbar offers a more casual setting for dining with Executive Chef Kristen Essig exhibiting her creative chops with innovative cuisine based on seasonal fresh ingredients.

Meauxbar is more like a bistro, intimate and cozy, with French and Creole inspired specialties, but with Chef Essig’s own take.

If satiated all afternoon from a big lunch, and/or, your tix note that the performers are about to take the stage in little more than an hour, look at the dozen or so small plates. Dishes range from French Fries and Rouille to Sweetbreads with curried zucchini, whipped goat cheese and poppyseed bread, ranging in price from $5.- $16.

In addition, if time is really of the essence, stop at the bar for delicious food on the fly like Pork belly Rillettes and pepper jelly and half a French Onion Grilled Cheeses and a cup of soup… The bartenders are no slouches either with craft cocktails to suit everyone’s tastes, so you can always get a cocktail to-go!