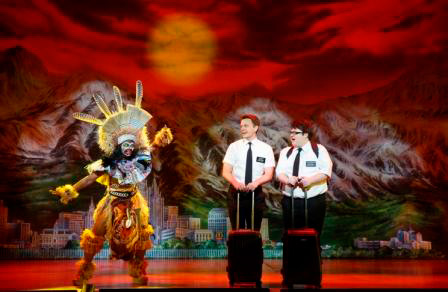 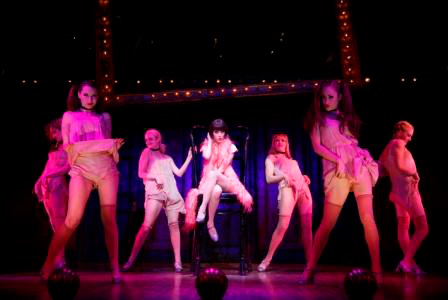 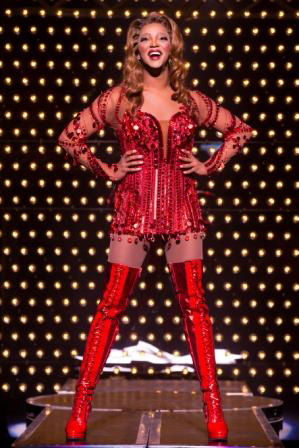 Most New Orleanians take it for granted, but at any given time --no matter what the season -- visitors to the City marvel at the barrage of constant, over-lapping cultural activities, traditional festivals and vast array of entertainment opportunities that continue to define the city as one of the most desired destinations in the world.

Many visitors who are here to enjoy the pleasures of the Crescent City, if even for just a short while, may be used to four distinct and definable “weather” seasons. But here, the mild temperatures generally, like the city’s multiple attractions -- are year ‘round. Visitors and residents can enjoy comfortable shirt-sleeve walks along the French Quarter’s historic streets to find new culinary, cultural and shopping delights almost every day of the year.

For locals, the four “seasons” can be oysters, crawfish, shrimp and crabs or Mardi Gras, Jazzfest, Tales of the Cocktail, and Voodoo Festival; and other descriptive phrases pertaining to many local events and must-have experiences.

Focusing on live, theatrical presentations, a myriad of current offerings are now being staged at the area’s many playhouses. The city, its citizens and visitors, are fortunate to have an abundance of state-of-the-art theatres, all within a short distance from the French Quarter, and all providing a wide gamut of entertainment performances.

The Mahalia Jackson Theatre for the Performing Arts, immediately adjacent to the French Quarter and named for one of New Orleans’ most celebrated entertainers, is the beautiful centerpiece of Armstrong Park, named for Louis Armstrong, another worldwide ambassador of this city.

Just a few days after the madness of Carnival subsides, the stage at the Mahalia Jackson will come alive, February 12, with a tale for children of all ages, Peppa Pig Live, with all the beloved characters from the tale, Peppa, George, Mummy Pig and Daddy Pig. Expect lots of music, dancing, games, and an interactive sing-along.

The grand Saenger Theatre sits on New Orleans’ most imposing street, Canal, serving as the main anchor in the middle of what has become this town’s Theatre District. This historic theatre, listed on The National Register of Historic Places, opened in 1927 and today is refurbished after a total and impressive makeover following the ravages of Katrina. Today the place is as marvelous and stunning as it was when it opened nearly 90 years ago.

Theatre and concert performances can ask for no finer venue than the Saenger and the events staged here are among the finest in all of America. The Saenger is the proud home to the New Orleans Broadway Series presenting top-rate performances from touring companies specifically dedicated to capturing the feel and presentation of talented artists from the Great White Way.

The amazing Broadway musical, Kinky Boots, plies the boards at the Saenger February 16-21. This six Tony award-winning show, including Best Musical, Best Score and Best Choreography, will have you dancing in the aisles with a grand production inspired by true events.

Across Canal Street from the Saenger is the Joy Theatre, where February 12, the second edition of the Summer is Forever music series will be staged on Febrary 12th, featuring Best Coast and Wavves, along with Cherry Glazerr.

Le Petit Theatre du Vieux Carre, in the heart of the French Quarter, across the street from Jackson Square and adjoining Dickie Brennan’s acclaimed restaurant, Tableau, will host the final performance on February 14th, of the month-long run of Sleeping Beauty, a familiar tale reworked New Orleans style to include the craziness of Carnival, happening right outside the theatre’s doors.

Another very recent re-addition to New Orleans’ pantheon of world-class performance venues is the Orpheum Theatre. This totally renovated - again, due to Katrina - Beaux Arts palace was constructed in 1918 and has been very recently fully restored to her original glory. The Orpheum is home to the Louisiana Philharmonic Orchestra, the only professional large-city symphony orchestra in America owned and operated by the musicians themselves.

Song stylist extraordinaire, Melissa Etheridge, comes to the Orpheum February 24th in a solo performance with songs from her amazing catalog and featuring the music of her latest album, her 12th, “This is M.E.”

One of the newest American operas, Dead Man Walking, will be performed at the Mahalia Jackson Theatre, March 4th and 6th. Set in the Louisiana State Penitentiary, this gripping tale of a nun bent on reform and an inmate on Death Row has already sent powerful messages in book form, then became an important Hollywood film, and now owns the stage in the commanding fashion only Grand Opera can deliver.

While we are on the topic of popular music, the guitar event of the year will be at the Saenger Theatre, March 6th, Experience Hendrix. Any discussion of the-greatest-guitarists-ever always includes at or near the very top, Jimi Hendrix. A legend in his own right, Buddy Guy, heads the bill, along with former Ozzy Osborne guitarist, Zakk Wylde, and Dweezil Zappa, among other performing geniuses in both the rock and blues genres.

The Saenger then returns to Broadway mode offering the back-by-popular demand restaging of Book of Mormon. Last time in New Orleans this show had the audience leaving the theatre with their sides hurting from so much laughter. Winner of nine Tony Awards, the New York Times called Book of Mormon the “best musical of this century.”

Jazz great Joe Satriani will appear onstage at the Orpheum Theatre March 12th celebrating 30 years of guitar mastery with his presentation of From Surfing to Shockwave.

Italian pop opera music group, Il Volo, performs at the Saenger Theatre March 14th, sharing music from their latest show (and album), Grande Amore. The trio recently performed in the shadows of Pompeii, the first musical group to do so since Pink Floyd in 1971. PBS captured the program and the broadcast earned rave reviews.

The timeless music of Aaron Copland’s Suite from Appalachian Spring, and George Gershwin’s Porgy and Bess, a Concerto of Songs, are joined March 17th, at the Orpheum Theatre on the Louisiana Philharmonic Orchestra (LPO) bill with composer Carl Schimmel’s Woolgatherer’s Chapbook. Under the direction of Music Director Carlos Miguel Prieto, the vocal cast includes soprano Jonita Lattimore, tenor Dwayne Clark, bassist Alvy Powell, and the Xavier University Chorus, supported by the full strength and impressive presence of the LPO.

Le Petit Theatre presents a production of the Tennessee Williams American classic, The Glass Menagerie March 18th – April 3rd, the play that sealed Williams’ reputation as one of the premier American playwrights of all time. The play is set in St. Louis but likely, at least partially, was written at his New Orleans’ apartment on Toulouse Street just a few blocks from Le Petit Theatre.

International sensation, Yanni, brings an all-new show to the Saenger March 26th for one-night only. Winner of more than 40 platinum and gold records, Yanni travels the world addressing peace and love for all people through music. His concerts are always sold-out no matter what country or continent where he’s performing.

The Legend of Zelda, of video game fame, comes to the Saenger April 1st. Favorite moments and situations from the game will be re-created onstage featuring lush musical accompaniment to the action. Expect to see many theatregoers and “Zelda” enthusiasts costumed as their favorite characters from the highly popular game.

The classic presentation of one of the longest running shows on Broadway makes a New Orleans stop at the Saenger April 5th-10th. Cabaret, set in pre World War II Germany, tells the story of Sally Bowles making her way through the decadent nightlife of the period and place. Songs, which have become standards, are “Wilkommen,” “Money Makes the World Go Around,” “Maybe this Time,” and the centerpiece, “Cabaret.”

New Orleans has had an opera company in residence since the 1790s and The New Orleans Opera Association has been fulfilling that role since 1943. On April 8th and 10th, the Opera Association will present its dramatic production of Giacomo Puccini’s Tosca, first staged at the Teatro Costanzi in Rome in 1900. Now a classic, Tosca will hold the audience in its grip until the last melodramatic note.

Umphrey’s McGee and the group come to town for a show April 14th at the Joy Theatre. The American progressive rock band is noted for its live concerts and recordings. The funk band, Tauk, completes the evening’s program.

The music of a master composer, Johannes Brahms, is featured April 15th at The Orpheum Theatre, alongside compositions by Beethoven and Bartok performed by the Louisiana Symphony Orchestra with guest artist, Jose Federico Osorio, at the piano.

The tempo changes April 16, as two masters of jazz, Chick Corea and Bela Fleck, bring to the Orpheum Theatre a performance of songs from their collaboration on the two-album set, appropriately titled, “Two.”

The Saenger turns the hands on the clock to the past with “A Night with Janis Joplin”, April 18. Her time was all too short but her music never lost its power and impact on several generations.

Comedian and host of his own show on Sirius XM, Jim Norton returns to the Joy April 21st, in between guest appearances on The Tonight Show and Inside Amy Schumer, among others.

In New Orleans, “theatre” takes on many forms with our presentation venues playing important roles in all aspects. See you there!