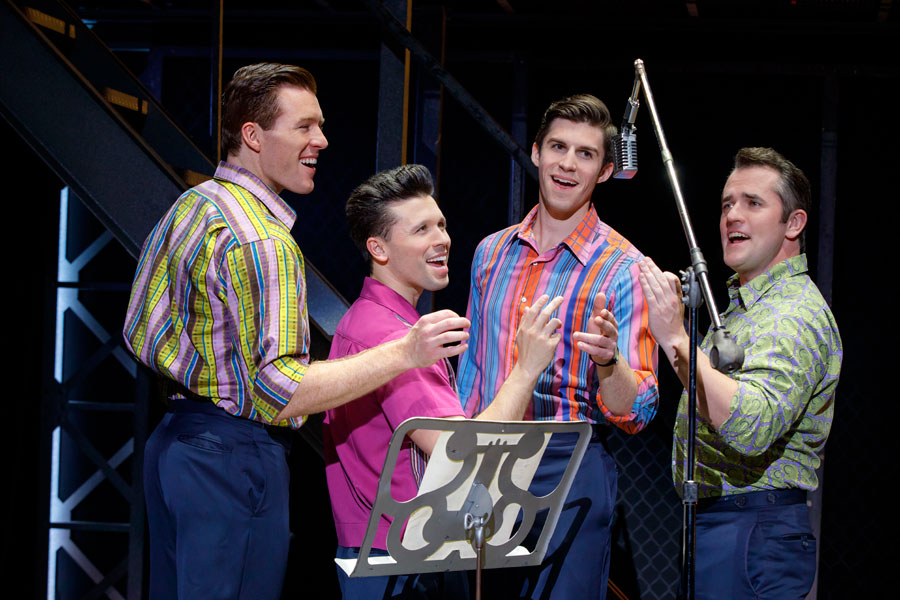 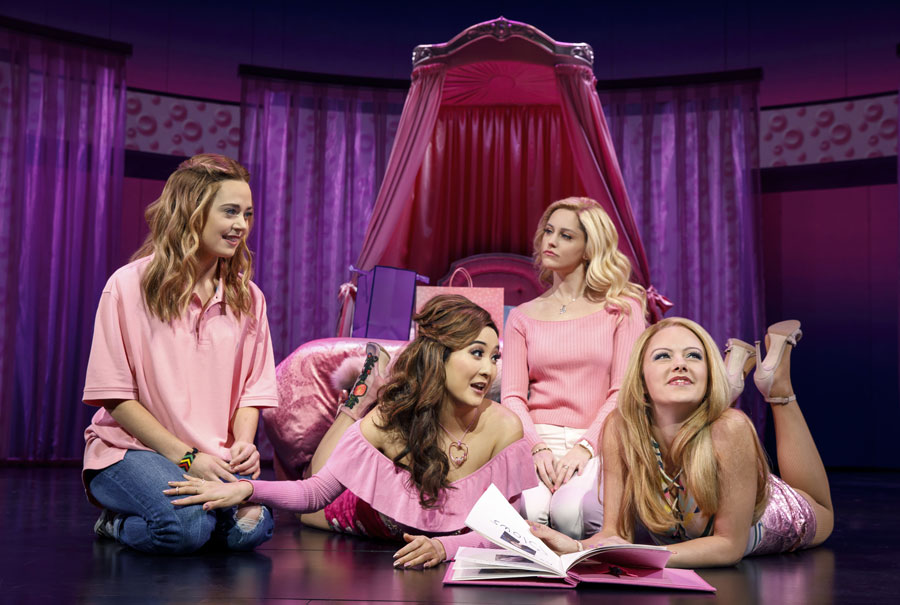 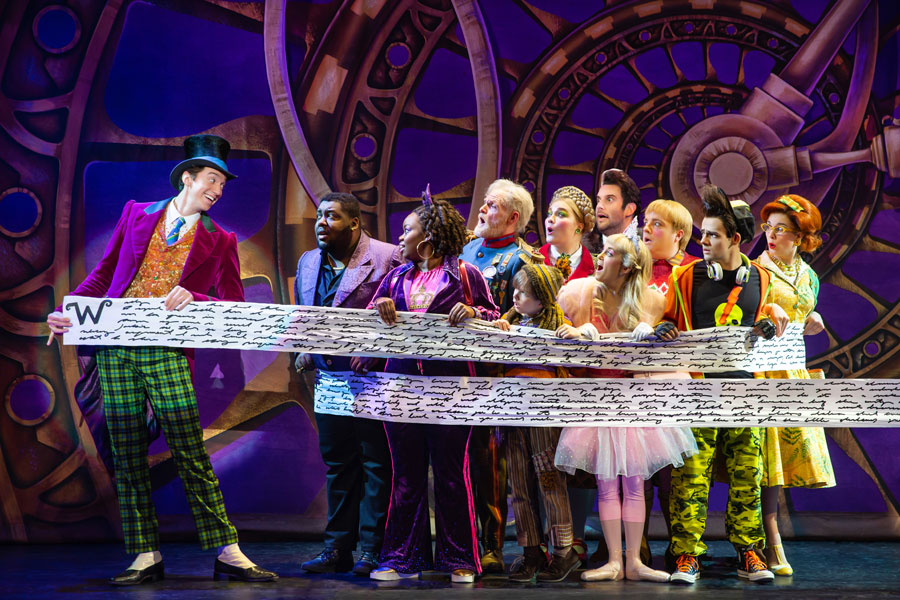 Everywhere else in the country, it may not yet be spring, or it may be spring that feels like the final throes of winter, but this is New Orleans—spring has decidedly sprung. Carnival comes early this year, and even the chilly days radiate with celebratory buzz. Mardi Gras Day (February 25), French Quarter Festival (April 16-19), and the first weekend of JazzFest (April 22-27) fire off in rapid secession to bookend the blitz between the new year and summertime.

This means that “season” ushers in the busiest time of year to witness all the best live music, theater, comedy, and variety acts in the city. The lineup for the first term of 2020 boasts acts worthy of the start of a new decade, or end of the last decade, depending on whom you ask…Which is it, by the way?

Speaking of decades, the Fillmore hosts a 90s edition of its weekly Drag Diva Brunch on February 1. Each week, the multi-talented performers lip-sync to a themed soundtrack as guests devour treats from the buffet, sip their complimentary mimosa, and of course tip the ladies.

Are you obsessed with Bravo? Do you like funny podcasts that have 2.5 million listens a month? Okay, get your hipster butt down to The Civic on February 7 to see Watch What Crappens, starring Ben Mandelker and Ronnie Karam. The hosts have appeared at South by Southwest in Austin and Just for Laughs in Montreal in addition to touring the country.

Need a little more nostalgia? Head straight down Canal Street to the Saenger Theater, where Charlie and the Chocolate Factory: The New Musical runs February 11-16. Based on the children’s book by Roald Dahl, the stage production features many of the same characters that some might remember from the movie version. The show has been touring since its Broadway debut in 2017.

Maybe you like your legends larger than life; you know, the ones who go by one name. Like Celine. That’s right—Celine Dion plays The Smoothie King Center on February 7, followed by two nights by another one namer—Madea—the fictional Tyler Perry matriarch of his Madea Farewell Play Tour on February 8-9. Just a few days later, on February 15, Country Music Hall of Famer Alan Jackson takes the same stage.

The historic Mahalia Jackson Theater unites a local legend with indie rock darlings who have adopted the city as their own. On February 14, Arcade Fire and Preservation Hall Jazz Band headline KANAVAL BALL along with other special guests. In addition to hosting this event, Krewe du Kanaval is open for membership at their website, kanaval.org/join-the-krewe. The organization seeks to serve the cultural needs of New Orleans and Haiti, with emphasis on the bond between the two places.

But…we still need more nostalgia. More 90s pop culture! How about Jay and Silent Bob with Kevin Smith? The beautifully restored Joy Theater and Canal brings another fan favorite to New Orleans on February 26, this time from the world of Kevin Smith’s smodcast.com collection of podcasts. The duo first seen in Clerks hosts a movie adventure designed to stop Hollywood from rebooting their classic in Jay and Silent Bob Reboot.

Duh duh. Duhhhh duh. Duh duh duh duh duh duh…Jaws! For decades, some of the most iconic movies of all time have been scored by one singular soundtrack master—John Williams. On March 7, the Louisiana Philharmonic Orchestra (LPO) presents The Music of John Williams at the Orpheum Theater. LPO is the nation’s oldest musician-governed collaborative orchestra, formed in 1991.

Audiences who don’t immediately recognize the title The Piano Lesson may be familiar with Fences, a more recent cinematic adaptation of Pulitzer prize winning August Wilson’s work. Both are part of Wilson’s Pittsburgh Cycle, which covers various decades of the twentieth century and the accompanying struggles faced by the black American family. The city’s most historic theater, Le Petit de Téâtre du Vieux Carré, runs The Piano Lesson March 6-22.

Wild ‘N Out sounds like what we do in The Big Easy pretty much every day, but on March 28 at The Smoothie King Center, it refers to Nick Cannon’s live comedy tour, inspired by his MTV show of the same name. In addition to performance by show regulars, musical guest Saweetie will perform.

LPO teams with the legendary New Orleans native Cyril Neville, along with special guests, on April 18-19 for a fusion of classical and contemporary styles that work as an aperitif to the upcoming Jazz and Heritage Festival the following week. The youngest Neville brother, Cyril formerly performed with The Meters and The Neville Brothers, and is a frequent collaborator with Galactic. The Fillmore will be the jamming-est place to be on April 24-25 when jam band Umphrey’s McGee comes to town. Tickets can be purchased as single night or combined. Originally formed by students at the University of Notre Dame, the band is either the most or second most famous thing to originate in South Bend, Indiana.

There are Phish-heads, and then there are Fish-Heads. The Radiators return to The Civic on April 29! The rock/funk/swamp music New Orleans natives usually turn up this time of year, and 2020 is no exception. Considering they only play a handful of shows per year, this is one not to be missed.

Taj Mahal is such a blues legend in his own right that it’s a toss up whether to list his prolific list of recordings or focus on his equally respectable list of collaborations. The Taj Mahal Quartet joins North Mississippi Allstars at The Joy Theater on April 30. A frequent Jazz Fest performer, Taj Mahal, born Henry St. Claire Fredericks, Jr, has been honored locally as well as around the world. Besides scheduled shows, keep an eye on pop-up events at all of the venues listed below.