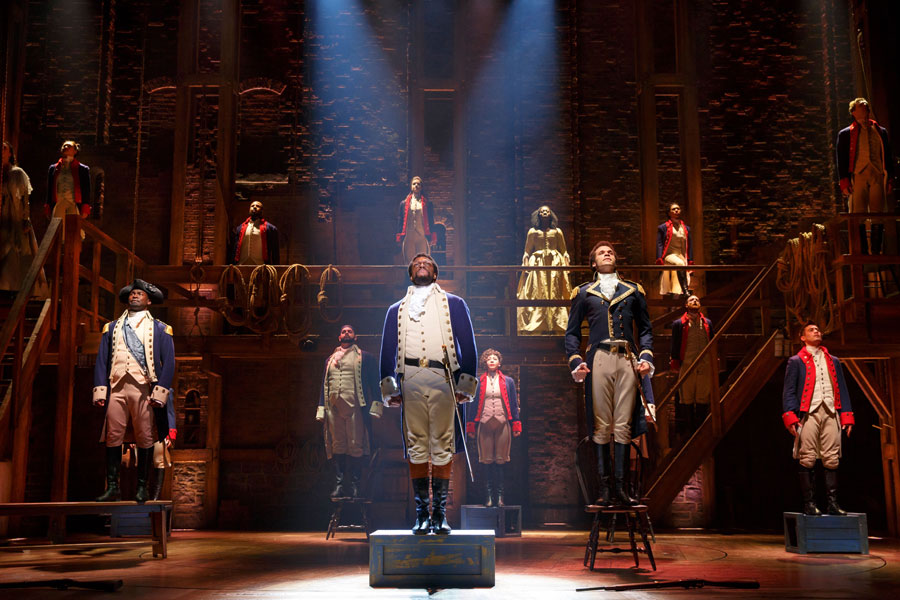 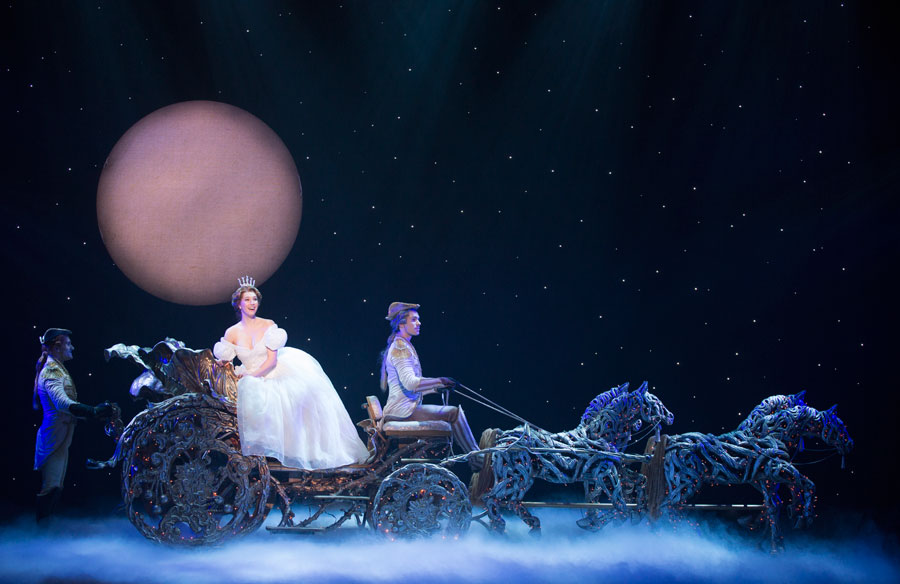 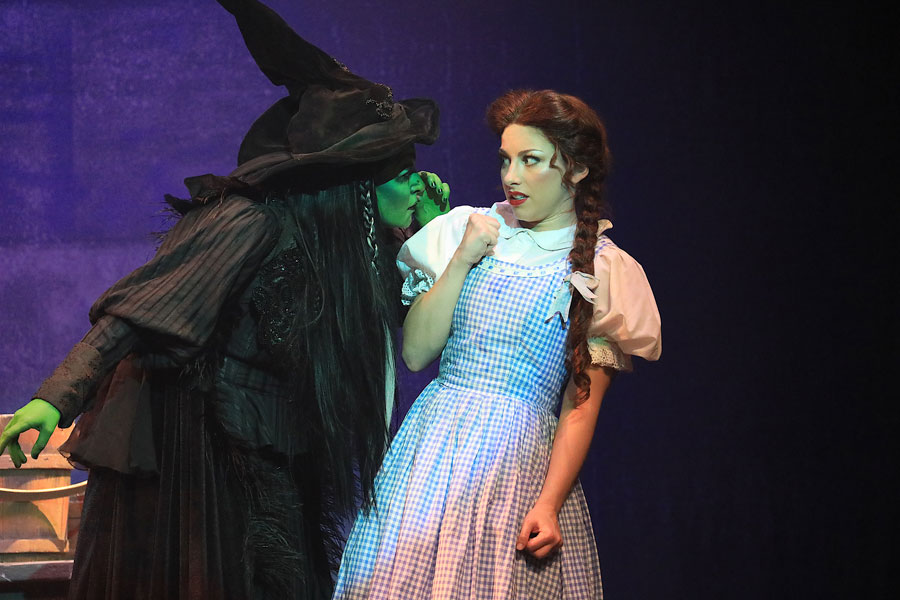 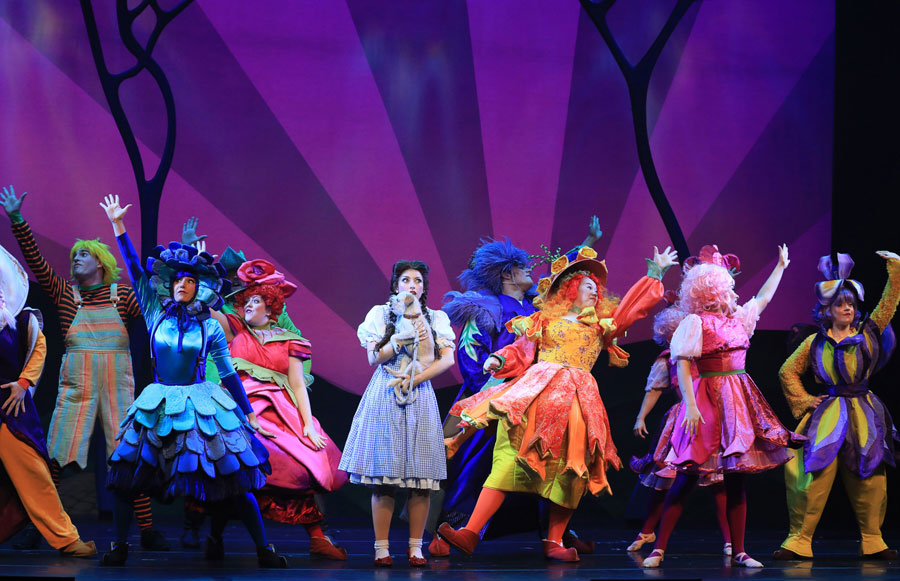 There may not be any other city in the world with as much lively “goings on” as New Orleans’ first quarter calendar. The Carnival season, and the nightly, live entertainment continues with jazz and other performances from talented musicians and entertainers. The entire first quarter is busy every year, yet the 2019 season is particularly noteworthy.

Since the culmination of carnival on Mardi Gras Day is later, on March 5 this year, there are a long stretch of parties, parades, balls, and ancillary events all designed to continue a tradition that has been a part of life in New Orleans since the founding of the city in 1718. Every event is staged to celebrate the simple joy of living life, and the festival season continues as the Irish and Italian parades take to the streets in the next few weeks after Ash Wednesday.

So when Carnival Season has played its last note, then New Orleans plunges headlong into what has become known as Festival Season--wine, food and music festivals, the art galleries’ presentations, and other historical programs. Yet the multitude of events does not preclude the more formal entertainment scene from just carrying on as it always does year-round. The challenge is trying to determine which way to go, and what to enjoy. All patrons are welcome as long as those attending seek the best times of their lives in all their experiences.

Le Petit Theatre du Vieux Carre presents the 2014 Tony Award winning best musical, A Gentleman’s Guide to Love and Murder, January 18–February 3. Here is the hilarious story of Monty Navarro, a down on this luck clerk, who learns he is eighth in line for the title Earl of D’ysquith and then plots a radical solution to move up on the inheritance ranking.

The production The New York Times hailed as the “best musical of this century,” The Book of Mormon returns to the Saenger Theatre in all its irreverent glory, February 5–10, for eight performances. The plot line is the story of young missionaries sent to fulfill their religion’s principles to spread the Good Word. Keep in mind that the creators are the same zany writers who created South Park, the animated hit TV series.

The New Orleans Opera Association takes on Wolfgang Amadeus Mozart’s tale of pirates, kidnapping, love, deception and, ultimately, redemption. The Abduction from the Seraglio boldly unfolds at the Mahalia Jackson Theater for the Performing Arts, with two performances, February 8 and 10.

Panic! at the Disco is embarking on the second leg of their Pray for the Wicked Tour, including special guests, Two Feet, February 9, at the Smoothie King Center.

Family-produced multimedia act The Adventure Zone comes to the Orpheum on February 9 and 10. Justin, Travis and Griffin McElroy carry on the stories of My Brother, My Brother and Me onto the live stage for a special podcast presentation.

Fantasy and fiction just don’t get any better than the timeless classic, The Wizard of Oz. This 1937 masterpiece has been updated, and will take the stage at the Saenger Theatre, two performances only, February 12 -13.

Music of an era, but timeless, the still-going-strong Glen Miller Orchestra will feature the music of the 1930s, the ‘40s, and the ‘50s at the Orpheum Theatre February 12.

The Louisiana Philharmonic Orchestra at an amorous time of the year, chooses a very romantic selection of music from Vienna and Salzburg, February 14, at the Orpheum. Compositions by Mozart, Strauss, and Strauss Jr. will be presented impeccably by one of the nation’s finest orchestras.

Hard to believe but the country music superstar group, Alabama, is celebrating 50 years of musical genius. They have chosen to spend some of that time in New Orleans, February 15, at the Smoothie King Center. Obviously, a show not to be missed.

The very next night, February 16, also at the Smoothie King Center, multiple Grammy-Award winning superstars, Fleetwood Mac, will regale lovers of their musical styling with hits from the group as well as hits from individual members of this much-beloved, multi-talented ensemble.

Be certain the laces are tight on your dancing shoes as Dancing With the Stars Live! A Night to Remember showcases ballroom, tap, modern, jazz, hip-hop and rock dancing with a full production on the Saenger Theatre stage, one performance only, February 19.

A legend of rock-and-roll, KISS, has decided to hang-up the platform boots and make-up after 45 years of solid hit-making music. The New Orleans End-of-the-Road concert will be presented February 22 at the Smoothie King Center.

The always and everywhere sold-out performances of NEEDTOBREATHE take the stage at the Saenger Theatre February 28. This impressive South Carolina Christian rock band, comprised of brothers Bo and Bear Reinhart, along with Josh Lovelace, travel the world spreading their special brand of acoustic hit music, stops for a one-night stint here from their alwaystraveling tours.

It’s Catboy, Owlette and Gekko, along with their new friend, PJ Robot, saving the world from the villains, Romeo, Night Ninja, and Luna Girl in the big-stage production of PJ Masks Live!, dazzling all audiences and ages at the Saenger Theatre, Saturday, March 9, matinee performance.

In the contemporary history of Broadway, few productions have landed with such impressive credentials and public accolades as Hamilton. New Orleans’ initial first-hand exposure to a towering figure of the American Revolution and one of this country’s Founding Fathers, takes over the Saenger Theatre, March 12 -31 with 25 performances that are certain not to be enough.

The Louisiana Philharmonic Orchestra encourages the unleashing of your imagination, March 1, with a musical presentation entitled, The Fantastical Imagination, at the Orpheum.

Tennessee Williams, who was a resident of the neighborhood and an internationally-renowned playwright, will once again be the center of attention when his play, Baby Doll, takes to the stage at Le Petit Theatre du Vieux Carre, March 15 – 31.

Pink bursts on the scene--she does not go anywhere quietly--with her New Orleans stop on the international Beautiful Trauma Tour, March 17, at the Smoothie King Center.

One of this country’s premier dance companies for more than 60 years, the Alvin Ailey American Dance Theatre continues to astound with showmanship, full theatricality, and, yes, even athleticism with two performances in conjunction with the New Orleans Opera Association, March 22, at the Mahalia Jackson Theater for the Performing Arts. Appropriate to the Lenten season, Bach’s The Passion of Christ, as told in the Gospel of St. John, will be performed by the Louisiana Philharmonic Orchestra, the Loyola University Chorale, and Nova VOCE on March 28 at the Orpheum.

Jeff Dunham, an extremely entertaining ventriloquist, will feature his entire cast of characters and voices in a comedy concert, the Passively Aggressive Tour, at the Smoothie King Center, March 29.

A special treat for the whole family, Cirque Musica’s Heroes & Villains, will dazzle at the Mahalia Jackson Theater for the Performing Arts, April 6. This promises to be an incredible display of circus and acrobatic talent along with superhero and classical music to enthrall every patron.

The most famous alternative rock band to come from Bellingham, Washington, Death Cab for Cutie, will perform live at the Orpheum, April 9. They will feature material from their Grammy Award winning album, Kintsugi, as well as from their latest release, Thank You for Today.

The Louisiana Philharmonic Orchestra brings mixed material to Beethoven’s Symphony No. 7, while on the same program, the LPO features the phenomenal cellist, Julian Steckel, who will feature the work of Peter Schickele, renowned musical parodist, April 11 at the Orpheum.

There is no better way to welcome the spring season than with a jewel of a Rogers & Hammerstein production of Cinderella. While the story is oft-told, this enchanting musical is certain to amaze and entertain. The Broadway road-company moves into the Saenger Theatre for five performances, April 12 – 14.

Bring together an international, highly-talented group of a dozen musicians from diverse backgrounds, an overwhelming sense of musical humor, a repertoire of songs in 25 languages, and that is the magic of Pink Martini, in residence at The Orpheum, April 15.

The story of the downside resulting from the full corruption of absolute power is told with force as only opera can depict in Giuseppe Verdi’s masterpiece, Rigoletto, onstage at the Mahalia Jackson Theater for the Performing Arts, April 26 and 28. This presentation, under the auspices of the New Orleans Opera Association, builds to its tragic conclusion but not before the full range of emotions and actions has played out.

The musical spirit of blue-collar soul and country, as heard in greasy juke joints throughout the South, will come to the more genteel surroundings of the Orpheum on April 26. The musicians are known as J.J. Gray and Mofro, and guests include North Mississippi Allstars and Samantha Fish.