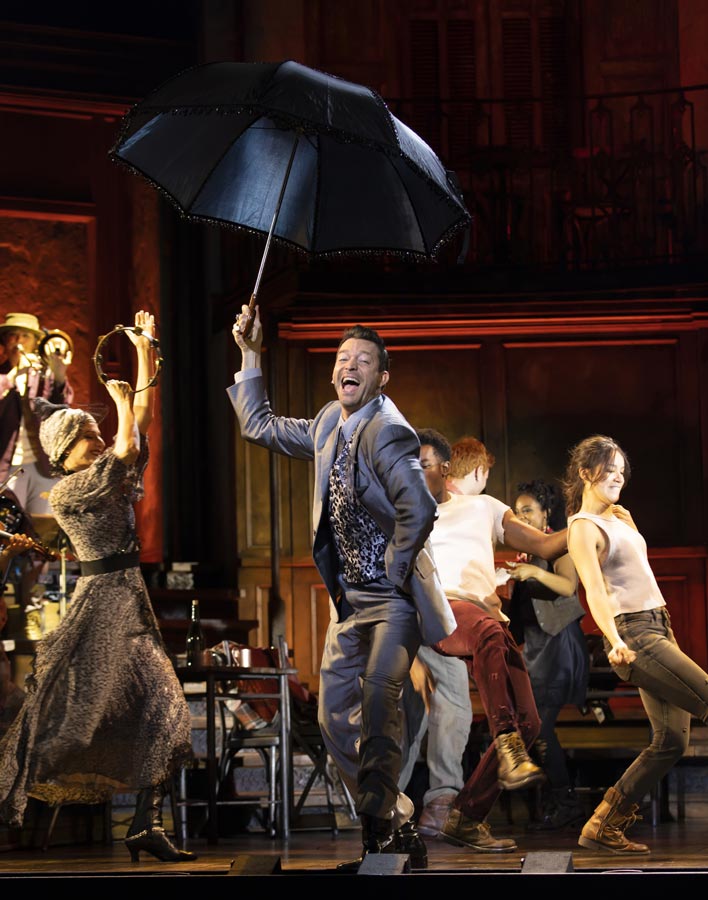 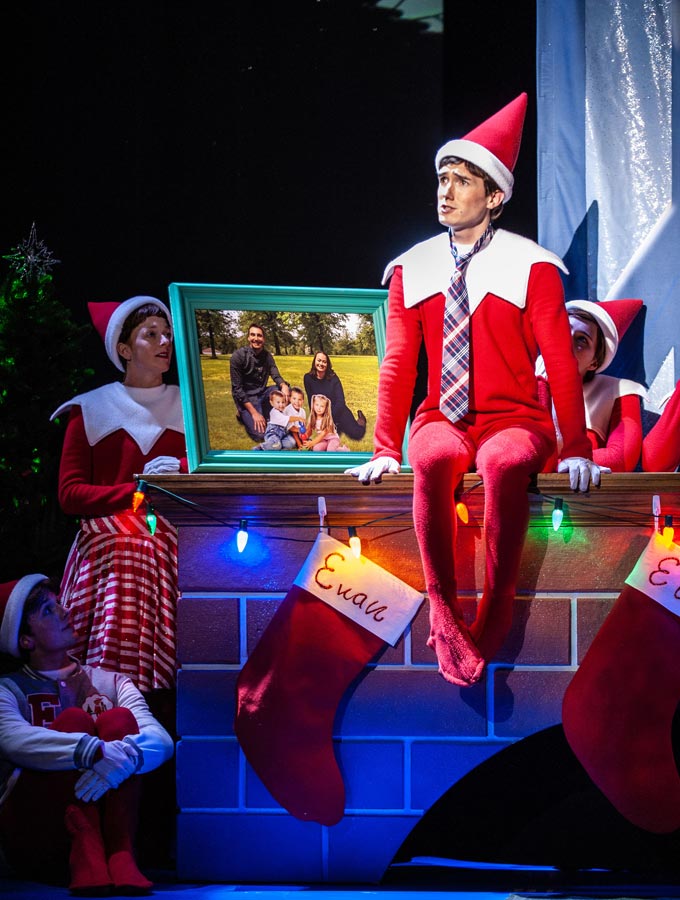 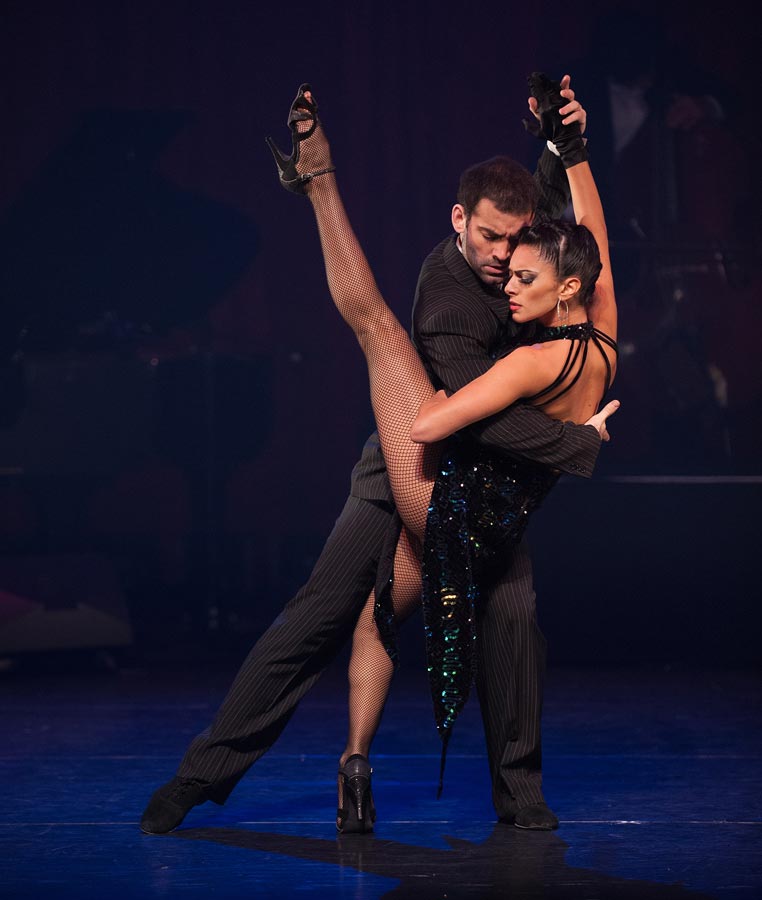 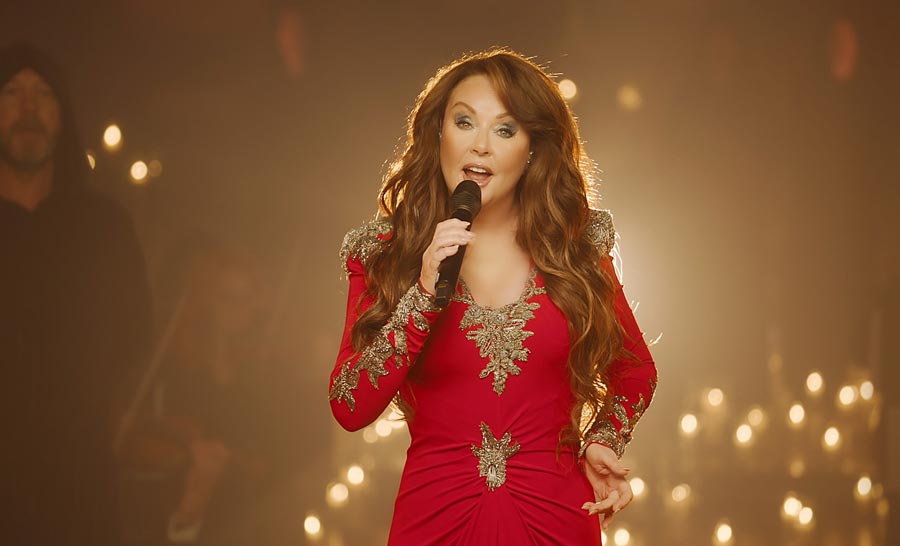 While cool winter days bring less sunshine, there’s no shortage of exceptional entertainment to brighten your day. Whether your show style is classic or contemporary, comical or heartfelt, you’re sure to find something to excite your senses. From timeless theatrical performances and beloved holiday traditions to symphonic spectacles, it’s the most wonderful time of the year for lights, camera, action!

CATS
December 14–19
Andrew Lloyd Webber’s record-breaking musical has captivated audiences in over 30 countries. Winner of seven Tony Awards® including Best Musical, CATS tells the story of one magical night when an extraordinary tribe of cats rejoices for their annual ball to decide which cat will be reborn.

Sarah Brightman: A Christmas Symphony
December 21
Accompanied by an orchestra and a choir, the world’s best-selling soprano and legendary GRAMMY® Award-nominated artist Sarah Brightman kicks off her new Christmas show in New Orleans with holiday classics, personal favorites and her greatest hits. A Christmas Symphony is sure to be an unforgettable experience during the most wonderful time of the year.

Mannheim Steamroller Christmas
December 23
Celebrate the magic of the season with the 35th anniversary of Chip Davis’ renowned holiday musical spectacle. Mannheim Steamroller blends classical music with elements of new age and rock, and is beloved for its modern recordings of Christmas music.

HADESTOWN
December 28–January 2
Winner of eight 2019 Tony Awards® including Best Musical, and the 2020 Grammy® Award for Best Musical Theater Album, this acclaimed new show is a love story for today and tomorrow. A haunting and hopeful theatrical experience that grabs you and never lets go, HADESTOWN intertwines two mythic tales—the young dreamers Orpheus and Eurydice, and King Hades and his wife Persephone—as it invites you on a hell-raising journey to the underworld and back.

Diana Krall Tour 2022 February 3
Diana Krall is the only jazz singer to have eight albums debut at the top of the Billboard Jazz Albums chart. The two-time Grammy® Award winner has earned nine Gold®, three Platinum® and seven multi-Platinum® RIAA albums. Krall's unique artistry transcends any single musical style, and has made her one of the most recognizable artists of our time.

Disney’s FROZEN
February 10–20
FROZEN is an unforgettable, magical adventure. Newsday calls it “a serious megahit with amazing special effects, eye-popping costumes, and incredible performances.” An all-new production created for the stage by an award-winning creative team, featuring the songs you know and love from the original film plus an expanded score with a dozen new musical numbers.

The Elf on the Shelf: The Musical
December 7
saengernola.com
The thrilling spectacle of music and dance that transports audiences to the North Pole to glimpse the magical lives of Santa’s Scout Elves. Featuring an original story and score, dazzling sets and costumes, and heartfelt moments that will bring the family together, this joyous and uplifting celebration will leave audiences captivated by the splendor of the season.

German Cornejo’s Tango Fire
January 2
nobadance.com
New Orleans Ballet Association begins the season with the global phenomenon and the world’s leading Tango Company. As one of the world’s most popular dance forms, this exhilarating dance spectacular melds rawness and sophistication with the seductive and sultry, mesmerizing audiences every step of the way.

Gala Concert
February 11 and 13
Neworleansopera.org
Presented by the New Orleans Opera Association, these performances bring the New Orleans Opera Chorus front and center, showcasing the important role choruses play in grand opera from the 18th and 19th centuries. Selections include highlights from Carmen, Il Trovatore, Tosca, and more, plus appearances by guest soloists. Conducted by General Director Emeritus Robert Lyall, this 90-minute performance is sure to have you humming along!

Louisiana Philharmonic Orchestra Holiday Spectacular
December 3
Celebrate the most joyous time of the year with a spirited evening of popular Christmas tunes from “How the Grinch Stole Christmas” and “Sleigh Ride,” to “12 Days of Christmas.”

The Nutcracker
December 11–12, 18–19
The New Orleans Ballet Theater presents its annual production of the holiday classic, The Nutcracker. More than 150 local professional dancers and students will perform this two-act ballet, which was originally choreographed by Marius Petipa with a score by Pyotr Ilyich Tchaikovsky.

Louisiana Philharmonic Orchestra: The Hero’s Tragedy
January 7
This Orpheum Session features inspiring music that touches on the tragic and vulnerable side of being heroic.

Tank and the Bangas with Louisiana Philharmonic Orchestra
January 14
New Orleans’ own Soul, R&B, Hip Hop and Spoken Word band Tank and the Bangas are back in the Orpheum to create an entirely new musical experience along with the full orchestra.

Louisiana Philharmonic Orchestra Always Remember, Curated by Courtney Bryan
January 20
Courtney Bryan’s Sanctum, an artistic response to police brutality, is the heart of a program to celebrate strength and pride with the works of Trevor Weston and Aaron Copland.

Choir Boy
January 14–30
Nominated for a Tony Award in 2019, the soaring, music-filled Choir Boy takes place at the Charles R. Drew Prep School for Boys, which has been dedicated to the education of strong, ethical black men. One talented student has been waiting for years to take his rightful place as the leader of the legendary gospel choir. But can he make his way through the hallowed halls of this institution if he sings in his own key?

New Orleans Jazz Nutcracker
December 3–5, 11–12
Marigny Opera Ballet’s world premiere of an original, full-length Nutcracker performance featuring a jazz score by New Orleans great Lawrence Sieberth. Set in Jackson Square on Christmas Eve, a young girl is transported through the Kingdom of Rain to the Kingdom of Sweets, and then back to her bench on the Square.

New Orleans Opera Association: An Homage to Josephine Baker
January 6–9
Thomas Cipullo’s single-scene, one-act opera imagines a backstage moment with Josephine Baker before her final performance. JOSEPHINE the ballet, directly following JOSEPHINE the opera, will feature five dancers from the Marigny Opera Ballet. The new ballet is a recreation of a Parisian revue circa 1925, and will include six songs of the period, which will be mastered into a soundtrack by New Orleans jazz great Lawrence Sieberth.

Raw Fruit
January 14–16
Raw Fruit is a collection of stories that reveals the essence of ancestral values, which have been woven into the cultural fabric of our lives. This multidisciplinary work uses the technology of the kitchen to examine legacy, identity, socialization, unity and friction inside the southern Black family dynamic. Raw Fruit is a celebration of New Orleans culture juxtaposed to the complexities of the African-American experience in the south.

She’s a Woman, Starring Miz Cracker
February 27
After a wild ride on All Stars season 5, Miz Cracker's brand new drag extravaganza has it all—standup, music, slapstick and jump splits! She's a Woman tells the story of her journey from self-doubt to self-confidence, and the ridiculous characters and calamities she found along the way. Experience the comedic world of Miz Cracker through never-before-seen videos and untold stories.

The Jazz Playhouse at The Royal Sonesta – trixieminx.com