Festive Holiday Happenings In and Around the Vieux Carre 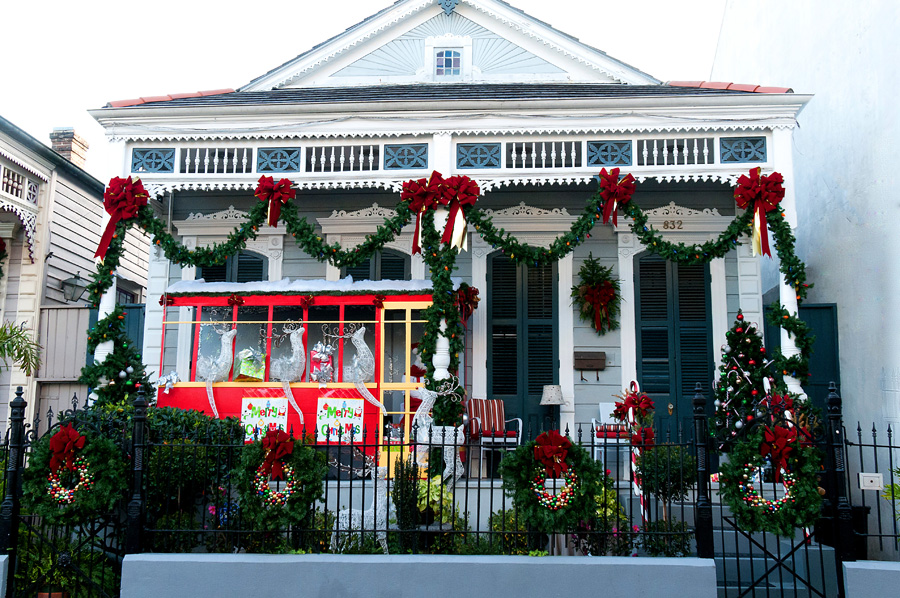 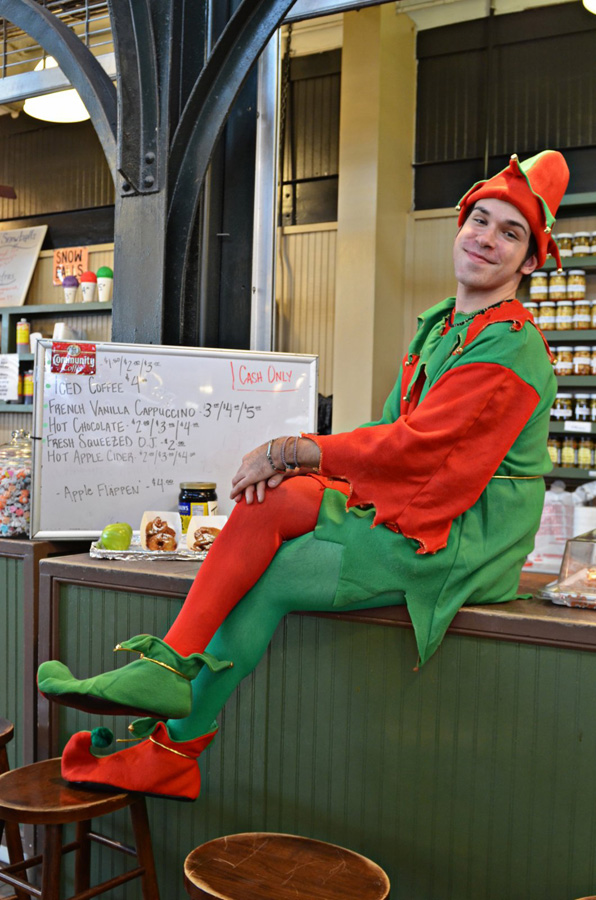 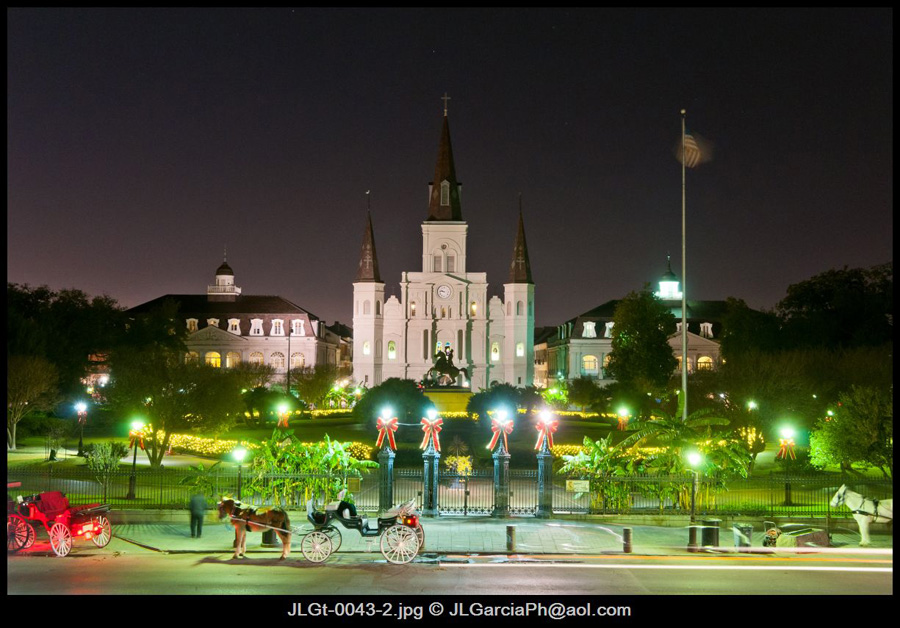 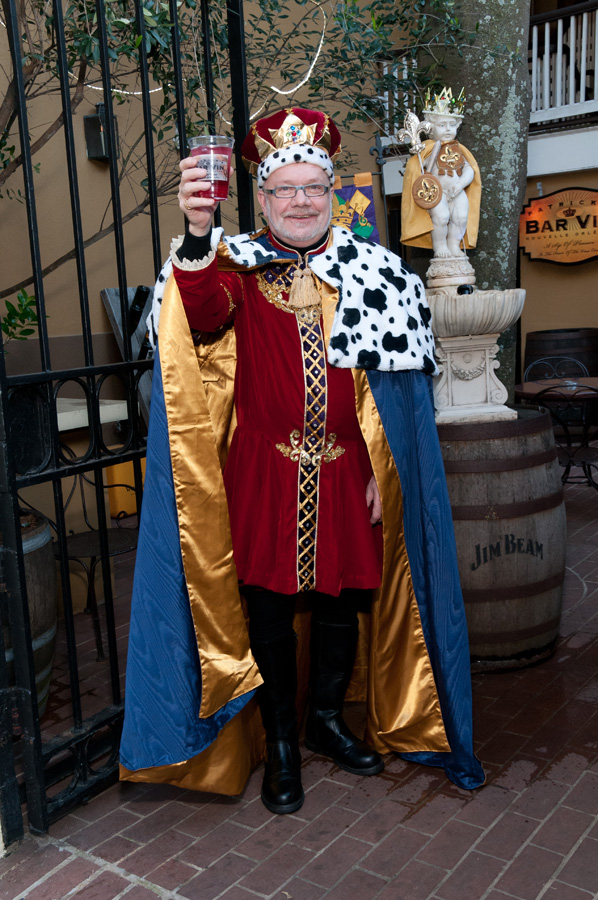 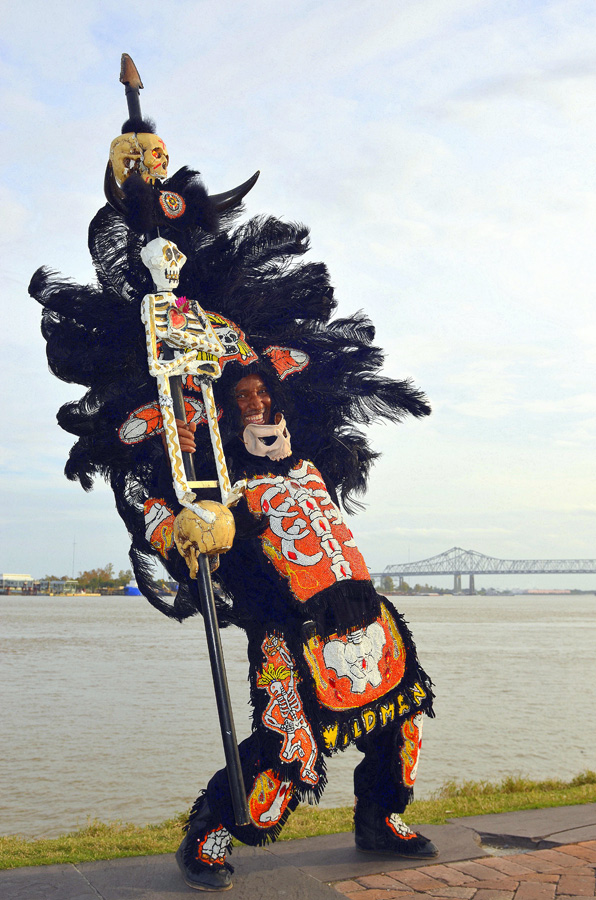 In New Orleans, holiday traditions are as thick as roux. Exquisite sights, wonderful Creole food, long-treasured Creole traditions spiced with 21st-century fun, and jazz concerts abound. When Louis Armstrong put his gravelly vocals to smooth brass on the swinging 1955 recording of "Christmas in New Orleans," his voice was like New Orleans itself"... a unique blend of rough edges and refinement. Our well-worn and mightily loved Crescent City is decked out in lights, bows, and sparkle, ready for the season's pageantry. Snuggle up in a horse-drawn carriage or break out your walking shoes to enjoy the magic of the French Quarter draped in garland and twinkling lights. We want to share some of the traditions any New Orleanian worth his Sazerac wouldn't miss. Cue the music...'Cause it's Holiday time in New Orleans.

When people think of a traditional holiday celebration around America, they don’t often think of “Papa Noel”, lavish “Réveillon” Christmas dinners, huge bonfires along the Mississippi River, and French Quarter balconies draped with holiday red and green…but that is what makes up Christmas in and around the French Quarter!

From November 30th through January 9th, step back in time and learn the holiday celebrations of three Creole families in 19th-century New Orleans in the beautiful Hermann-Grima and Gallier Historic Houses. Guided tours of these two meticulously decorated homes will include information about Réveillon, New Year’s celebrations, and Twelfth Night events common in Old New Orleans. 820 Saint Louis Street and 1132 Royal Street (504) 274-0746

With a name like “The Bayou Classic”, this football game could only be played in Louisiana! And each year during the Thanksgiving weekend, it comes to New Orleans and pits two historically black football rivals, the Tigers of Grambling State and the Jaguars of Southern University in the “Bayou Clash” at the Superdome. It’s evolved into a five-day event featuring a parade that goes to the French Market, seminars, a battle of the bands and, of course, the big game in the Dome on Saturday, November 28th. Go to mybayouclassic.com for game time and events.

On November 19th, another of the first signs of Christmas appears when a 27-foot fleur de lis topped tree is lit with much fanfare at the French Market Annual Tree Lighting Ceremony from 5 to 6pm. It takes place in Washington Artillery Park, across Decatur Street from Jackson Square. Enjoy costumed characters, caroling, and the lighting of the tree with city officials. Visit frenchmarket.org for more information.

2015 Concert Series at two of America’s most historic churches, St. Louis Cathedral, located in Jackson Square, and St. Augustine Church, located in Treme. Beginning November 19th and throughout the month of December, revel in the sounds of the season with jazz performances, gospel choirs, classical ensembles, and more. The Christmas New Orleans Style Cathedral Concerts are held at St. Louis Cathedral begin at 6:00pm, ( 11/19 and 12/20 begin at 6:30 pm), and last approximately one hour

St Augustine is the oldest African-American Catholic church in the United States and is located at 1210 Gov. Nicholls Street in the historic Treme neighborhood. Free secure parking is available in the church’s parking lot. The St. Augustine Church holiday concerts generally run for an hour, from 4:00 to 5:00 p.m. The concerts are free and open to the public. (504) 522-5730, www.fqfi.org.

Throughout December, you can visit a historic French Quarter home as it celebrates the Christmas Season in traditional ways! See the house donned in Victorian-style decorative trim of velvet, ribbons, and lace. Tours start on the hour, 10am to 3pm. Beauregard-Keyes House and Garden Museum, 1113 Chartres Street. (504) 523-7257.

Hop on Gray Line’s “Santa’s Bus for a three-hour narrated tour of “Celebration in the Oaks” that is guaranteed to get everyone of every age in the Christmas Spirit! See historic City Park transformed into a holiday wonderland. Its ancient oak trees are aglow with massive ornaments decorated with over 1/2 million sparkling lights. Exhibits include the Cajun Night Before Christmas, a “Who Dat” Tree, Santa Gator, a life size Nativity scene, and “A Jackson Square Holiday”. Live nightly musical entertainment features a mix of school choirs, orchestras, bell choirs, dancing troupes and gospel groups. Bus tours run from December 4th-22nd and 26th-29th on Tuesday, Thursday, Friday, and Saturday, from 6 to 9pm. Gray Line Tours New Orleans, departs from the Toulouse Street Dock. (504) 569-1401. graylineneworleans.com/all/seasonal/celebration-in-the-oaks On Thursday, December 3rd at 6:30 pm, the Royal Sonesta Hotel on Bourbon Street hosts the 4th Annual Lighting of the Balconies. This is an annual French Quarter celebration when the hotel throws on the switch to thousands of holiday lights. Music and fan-fare spill into the street and will delight the entire family and is free and open to the public.

Treat your little ones to the Sonesta’s annual Royal Teddy Bear Tea Experience. From December 12th through December 23rd, your children can interact with their favorite holiday characters including Marching Toy Soldiers, a Royal Dancing Bear, a Sugar Plum Fairy Princess, and Santa’s very special guests – members of the New Orleans Saintsations. (504) 553-2328 or visit sonesta.com/royalneworleans.

Bring the kids to Saint Nicholas Day Fair, held in Dutch Alley in the French Market District between Dumaine and St. Phillip Streets on Saturday, December 5th from 10 a.m. to 4 p.m. They will enjoy the petting zoo, miniature golf, craft activities, an outdoor playground with Playbuild NOLA, and a Santa secondline… all for free! frenchmarket.org

The Krewe of Jingle parade will delight the crowds with authentic parade floats, marching bands, stilt walkers, Christmas characters and many more magical surprises on Saturday, December 5th at 1pm. The parade starts at Lee Circle, goes down St. Charles Avenue then along Canal Street. It’s a great chance for visitors to New Orleans to catch a few “throws” from the floats and a taste of the Mardi Gras season.

For those who wish to view how private homes dress up for the holidays, the Patio Planters of the Vieux Carre presents an excellent opportunity on December 20th with a self-guided Holiday Home Tour of French Quarter residences and historic homes decorated for the season. The tour includes interesting and architectural styles and home furnishings as well as a variety of collections of unique Christmas decorations. Tours are at 1pm and 4pm and tickets are available for purchase at Creole Delicacies, 533 St Ann Street at Jackson Square, and French Quarter Gem and Lapidary, 527 St. Phillip Street. (888) 756-6250. Patioplanters.org.

For many visitors to the French Quarter during the holidays, the absolute highlight of the season is “Caroling in Jackson Square” on December 20th. It’s an annual tradition that started back in 1946 and has now grown to a joyful event with thousands of participants singing their hearts out. Always held on the Sunday before Christmas, Jackson Square is alight with hundreds of hand-held candles as participants with sheet music sing their favorite Christmas carols. The gates to Jackson Square open at 6:30pm and the caroling begins at 7pm but those who plan to attend are advised to arrive much earlier. For more information call (504) 220-8300 or visit patioplanters.org.

If you really want to get a taste of what the French Quarter was like decked out for the holidays back in its early years, take a memorable and educational walk with the Friends of the Cabildo. They host a Creole Christmas on December 26th and 27th, giving guests the opportunity to visit five French Quarter historic homes decorated in traditional Christmas finery. The 1850 House is a must-see. It’s not the usual over-the-top Christmas style that you might find in some of the other homes, but shows more how the Creoles celebrated Christmas in a religious way. Other featured houses include the Gallier House, Spring Fiesta House with refreshments, Historic New Orleans Collection’s Williams Residence, and Beauregard-Keyes House. Self-guided tours begin at the 1850 House Museum Store at 523 St. Ann Street on Jackson Square from 10am to 4pm. Tours are conducted all of December except for Mondays and holidays. (504) 523-3939. friendsofthecabildo.org

Celebrate a time honored Louisiana tradition, the lighting of the bonfires on the banks of the Mississippi River on Christmas Eve! Gray Line’s Bonfire Adventure Tour includes round-trip narrated motor coach transportation and a guided tour of the San Francisco Plantation, built in 1855 and reported to be the most opulent plantation house in North America. It is a galleried house of the Creole open suite style, nestled under centuries old live oak trees and contains one of the finest antique collections in the country. This house inspired the novel “Steamboat Gothic” written by Frances Parkinson Keyes. A traditional Christmas dinner will be served on the property. A police escort will then accompany our “sleigh of coaches” to view the bonfires that light the way for Papa Noel, our Cajun Santa Claus, in bayou country. Come see the "feux de joie," over one hundred bonfires of joy! Tour departs at 2:30 pm from the Gray Line Lighthouse Ticket Office located at Toulouse St. and the Mississippi River at the Steamboat Natchez Dock and returns at approximately 9:00 pm. Reservations are required. (504) 569-1401 or visit graylinesneworleans.com.

Or you may choose to join the Christmas Eve Celebration on the Mississippi River aboard the Steamboat Natchez. The cruise will feature a delicious holiday dinner, a call brand open bar and live Jazz music by the Steamboat Stompers Trio. (504) 586-8777 steamboatnatchez.com

After you enjoy your cruise or tour, top the evening off by celebrating Christmas Midnight Mass at St. Louis Cathedral! It will be a memory you will cherish for a lifetime; it is what Christmas is all about.

New Orleans was recently voted as one of the top places to “Ring in the New Year” in America and where else would you want to celebrate it than one of the nation’s largest street parties? Gather along Decatur Street near Jackson Square for the fleur de lis drop from atop the Shops at Jax Brewery with live music and fireworks to usher in the New Year.

For the most spectacular view of the New Year’s fireworks display, many people climb aboard the last authentic steamboat on the Mississippi River, the Steamboat Natchez, for their New Year’s Gala. You’ll enjoy a delicious holiday buffet, good friends, party favors, a dance band , toasting champagne, and tempting libations from the premium brand open bar. The steamboat boards at 9:30 and departs from Toulouse Street at the River at 10pm. (504) 586-8777 steamboatnatchez.com

On January 1st, the 2016 Sugar Bowl in the Superdome is the only place to be for one of the biggest college bowl games in America! If you have a hangover from the night before, grab a Bloody Mary or two and get ready for all the noise and excitement that comes with a big Bowl game in the Dome! It’s an unbeatable sporting event made even more exciting if your favorite team is participating! allstatesugarbowl.org.

“We celebrate Wine! Food! Fun!” says King Patrick van Hoorebeek, speaking of the Krewe of Cork. Founded in 2000, the Krewe of Cork has grown into a world famous Mardi Gras and wine industry phenomenon. The Mardi Gras season parade on January 29th this year through the French Quarter features wine and grape related costumes. The event culminates with a King and Queen’s party. In between, there will be wine, of course, and lunch, and wine, and a brass band, and more wine.

Whatever holiday activity you choose, you are sure to enjoy a uniquely New Orleans memorable experience. Warm wishes to you and yours as we celebrate the holidays, New Orleans style!