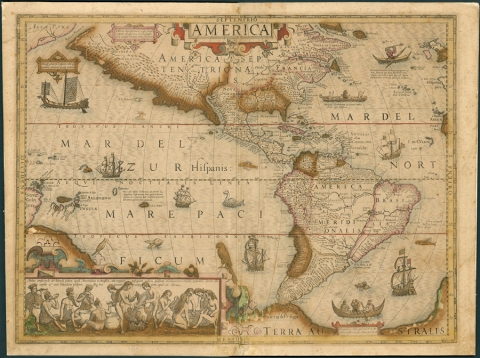 Filled with images of ships and sea monsters, one early seventeenth-century map of the Americas features a gigantic North America; so large, in fact, that it stretches across half the page and is comparatively larger than South America. Created by Flemish cartographer Gerardus Mercator (1512 - 1594), the map was originally printed in an atlas. The bottom left corner features a vignette of native women making a beverage - several are spitting into a pot, from which the men drink.
Read More... 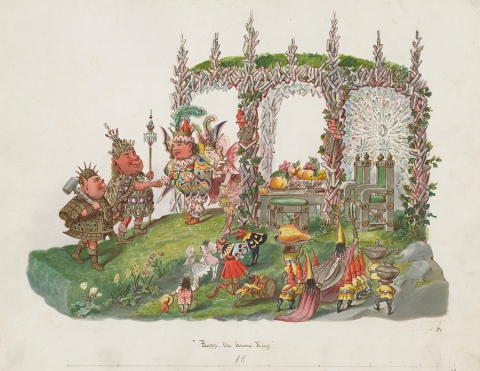 "Mrs. Betat's Sudden Death. Stricken With Heart Disease During the Strain of Carnival Work," screams the headline of an obituary run in the Daily Picayune on Thursday, Jan. 21, 1904. Although some people view Mardi Gras as a time to relax and party, for many the Carnival season is anything but relaxing. Each year costumers must top their creations of the season before, designing finery fit for kings and queens, and Louise Betat was one of the busiest.
Read More...