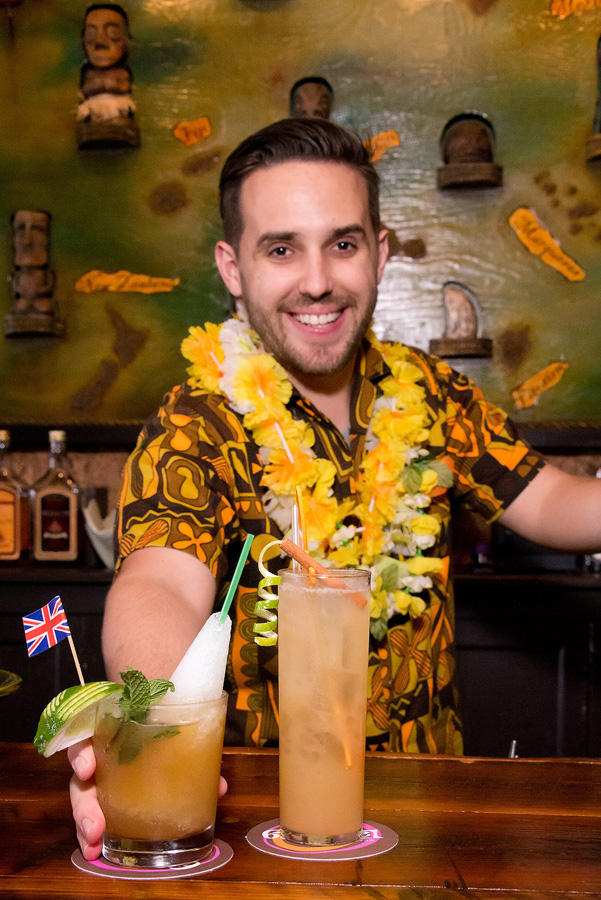 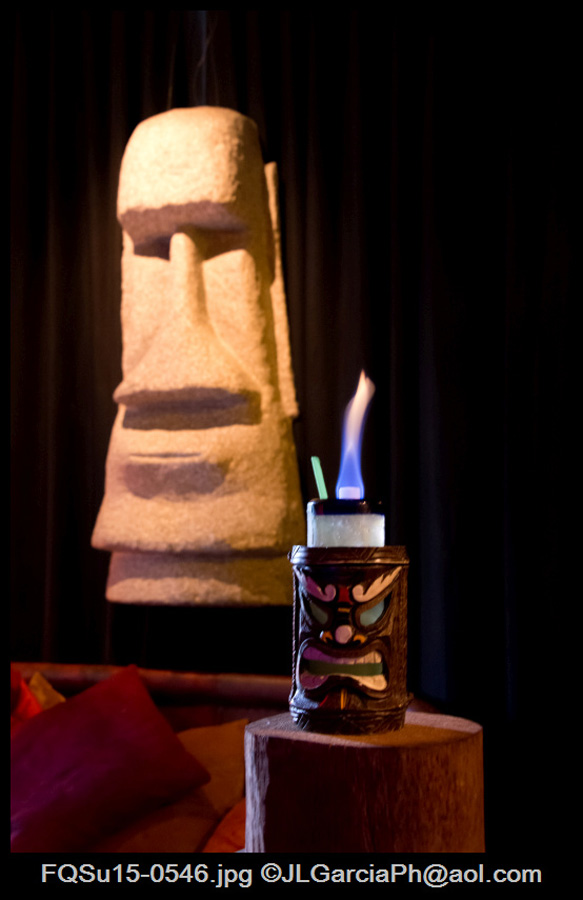 Rum! The spirit that is a seasonal favorite, no matter what the weather. In the winter, we sip rum hot toddies to keep us warm and in the summer, we have Planters Punch and Tiki drinks to refresh and cool us down!

Rum has quite a history in the Americas, through the sugar cane connection in the Caribbean. Over time it has been tied to some such untoward situations as piracy, the 1764 British Sugar Act imposed on the Colonies that perhaps hastened the American Revolution; drunkenness; the end of Prohibition when the spirit took off like a rocket because bourbon and scotch were too difficult to obtain with the world crises at the time. It had also been ingrained into a myth that lives on today.

The 1930s were a period of unease when the world was a quite serious place. Storm clouds of another World War were on the horizon. The lasting effects of the Great Depression were still very much in evidence.

Just in time, America came to its senses and ratified the 21st Amendment to the Constitution of the United States, which meant the Noble Experiment, the prohibition of alcohol, was over.

In the mythology of the Maori people of the South Pacific islands, the equivalent to our Adam, the first man, was Tiki. From Tiki, the entire civilization progressed and flourished.

And so the creators of the completely fictional culture of Tiki -- borrowed from reality, and then added a heavy dose of whimsy ".... which was sorely needed at the time.

It was in this spirit that two guys from California, not working together but having minds that ran in the same direction, created an entire cocktail culture named for the first man, according to the Maori.

Ernest Gantt (A.K.A. Don the Beachcomber) and Victor Bergeron (Trader Vic) working at opposite ends of California, Gantt in Hollywood and Bergeron in Oakland, created an entire culture around faux Polynesian history and decor. Grass cloth wallpaper emphasizes thatched roof half-structures (everything is indoors) and a couple of large island statues in the general shape of Polynesian beach figures are placed around the restaurants and bars for statement and effect.

Tiki was the hottest fad in the 1930s because it was frivolous, happy, exciting and different from anything that had gone before. Then, for whatever reasons, it faded during the 1960s. Restaurants and bars changed themes and Tiki became a fun memory, but not a popular movement any more.

But it's coming back, at least in New Orleans. What better place to breathe new life into something light and airy, with a heavy kitsch factor, from the 1930s than a 300 year old city renowned for having a good time and appreciating excellent cuisine and cocktails?!

Anyway Latitude 29 is a double reference. New Orleans itself is located just a smidge short of Latitude 30, but across the street from the restaurant and bar is a fire station, one of several in the French Quarter that proudly carries the name, Company 29. Lots of good Tiki karma at Latitude 29.

As for the drinks, Nui-Nui and Mai-Tai sit alongside Navy Grog, and Old Fashioned with Rum, the Zombie, a Suffering Bastard and the very popular, Hawaii 504.

Jeff and his charming and talented wife, Annene, will see to it that your time at Latitude 29 is spent in discoveries and pleasures. An 80 year-old culture will never seem a day over 21.

Oh, and please be sensitive when you comment on the decor. Most of it came from Jeff's and Annene's home and these are Tiki cultural items they have collected over many years of traveling the world and to every part of America. So having a drink here and enjoying the sterling cuisines is a lot like being in your hosts' living room.

Tiki Tolteca is a same-block neighbor of Latitude 29. It's one of those "you are in New Orleans so do it all" opportunities.

Tolteca is located on the second floor of one of the best and most authentic Mexican cuisine restaurants in town, Felipe's Taqueria. Quite convenient. Tolteca's decor violates none of the Tiki rules. It's fun and crazy; ersatz but works well. Tolteca's drink offerings also strictly adhere to the guidelines of this completely made-up culture. The drinks, and there are a lot to choose from, are always created with fresh citrus and fruit juices and great rums.

While the food would not be out of place on the Paseo de la Reforma in Mexico City, the drinks are Tiki through and through. A Hemingway Frozen Daiquiri, the Original Hurricane, Aku Aku Zombie, Tolteca Punch-Punch, and, of course, another take on the classic Mai Tai, prime candidate for the definitive drink of the Tiki culture.

One of the hallmarks of Tolteca is that the mixologists in the Tiki Hut behind the bar have to be experts in mixing and relating historic tales. The drinks are going to be incredible. Most of the stories being told are true.

It is absolutely acceptable to make an evening out of Tolteca drinks and Felipe's cuisine. It's a cultural mash-up that can only happen in the French Quarter. Nobody else, anywhere else is gutsy enough or crazy enough to give it a go.

Bourbon O Bar Manager Cheryl Charming was named New Orleans Magazine's Mixologist of the Year at the close of 2014. An author of 14 cocktail books, Charming holds forth at the comfortable Bourbon O Bar in the Bourbon Orleans Hotel.

Always experimenting and creating new and delicious cocktails, Charming put together a splendid list of rum drinks for the summer. The Hurricane, a throwback to the early '40s, created at New Orleans' Pat O'Brien's, is prepared just as she would imagine it from that era: fresh squeezed juices and passion fruit syrup with both Meyer's dark rum and Flor de Caña light rum.

The popular Dark n'Stormy is made with Gosling's Black Seal Rum -- the spirit used when the original drink was created, and house made ginger beer, a true crowd-pleaser.

A Char-Broiled Oyster Bowl, -- destined for a small group of 6 or 8 -- and made with fresh squeezed juices and Caña rums, is named after the oysters prepared at Drago's Restaurant. Each person who's partaking gets a lei and an 18-inch straw. Now that's rum fun!