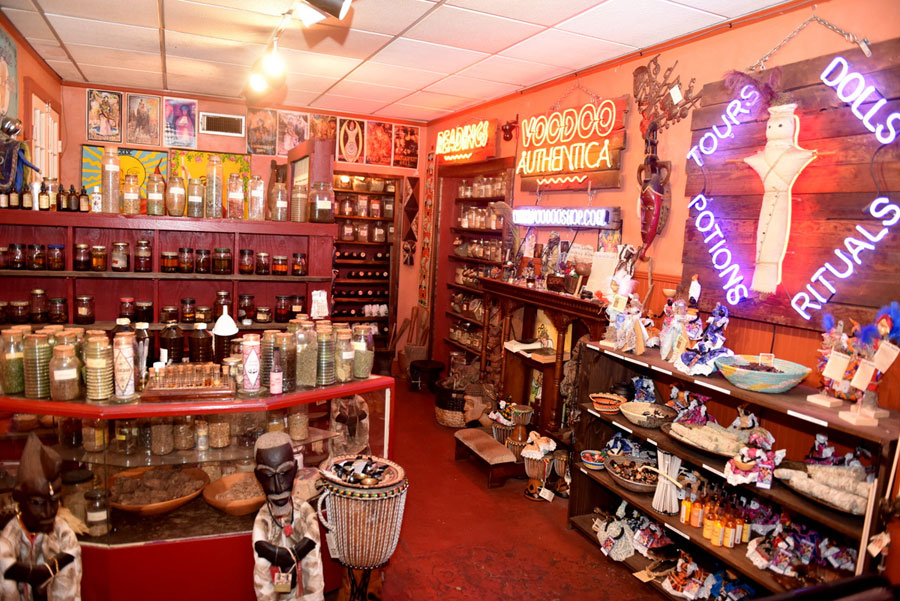 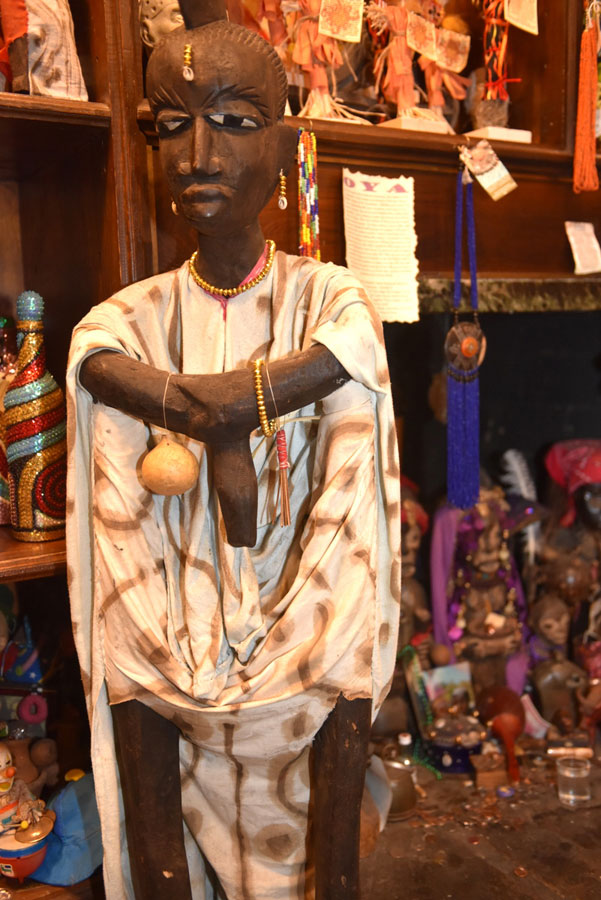 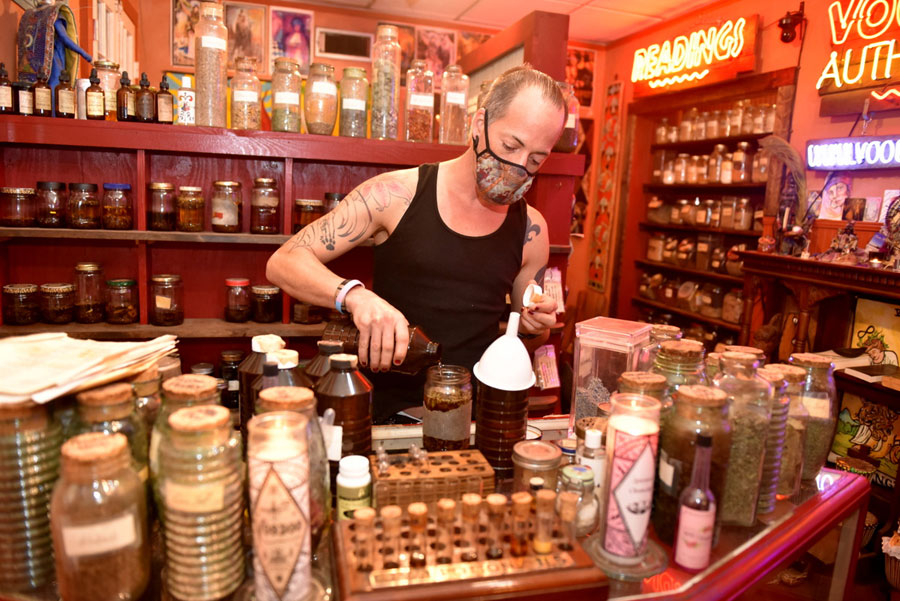 Every year, locals and tourists alike enjoy going to the Voodoo Authentica of New Orleans Cultural Center and Collection’s free annual VoodooFest, held every Halloween (October 31st) from 1pm to 7pm. In 2021, the festival will celebrate its 23rd year of sharing Voodoo’s many invaluable contributions to our city’s unique historic and present culture. Through entertaining musical presentations and educational lectures by local favorites, it endeavors to shed light on this widely misunderstood religion. Bring your drum, rattle, or clapping hands and don’t miss the festival’s closing Ancestral Healing Ritual at 7pm!

Voodoo Authentica is a practitioner owned and operated establishment since 1996. They provide a complete line of locally handmade Voodoo dolls, gris gris bags, potion oils and other unique New Orleans, Haitian, and African spiritual arts and crafts. In addition, they offer rituals, readings, classes, spiritual work and consultations by their experienced team of in-house practitioners. Admire their altar dedicated to Marie Laveax and leave an offering.

Marie Laveau (1794–1881) was a free woman of color, as well as a quadroon of African, Indian, French, and Spanish descent, she became the most famous and powerful Voodoo Queen in the world. By the 1830s, she was widely known as the Pope of Voodoo. Marie, a hairdresser by trade, was privy to the secrets of the wealthiest New Orleanians. She was also a selfless nurse who ministered to those stricken with yellow fever during the epidemic. Because she was a devout Catholic who attended mass every day, Marie gained the respect of the priests and received permission to perform her Voodoo rituals behind St. Louis Cathedral. It’s clear that throughout her very long and colorful life she wore many hats, which gained her the love, respect of the masses—and in some cases, their fear.

It is undoubtedly her role as Voodoo Priestess which brought her the most fame and brings people from all over the world to ask for special favors at her tomb in St. Louis #1 Cemetery on Basin Street. Marie Laveau’s tomb is frequently covered with rosaries, flowers, coins, and other offerings. Voodoo practitioners still perform rituals there to pay respect to their most beloved ancestor and patron.

Experience VoodooFest yourself! Come to understand the core belief of New Orleans Voodoo: that one God does not interfere in daily lives, but that spirits do. Connection with these spirits can be obtained through various rituals such as dance, drumming, music, chanting, and snakes. Voodooshop.com, open daily from 11am to 7pm at 612 rue Dumaine.