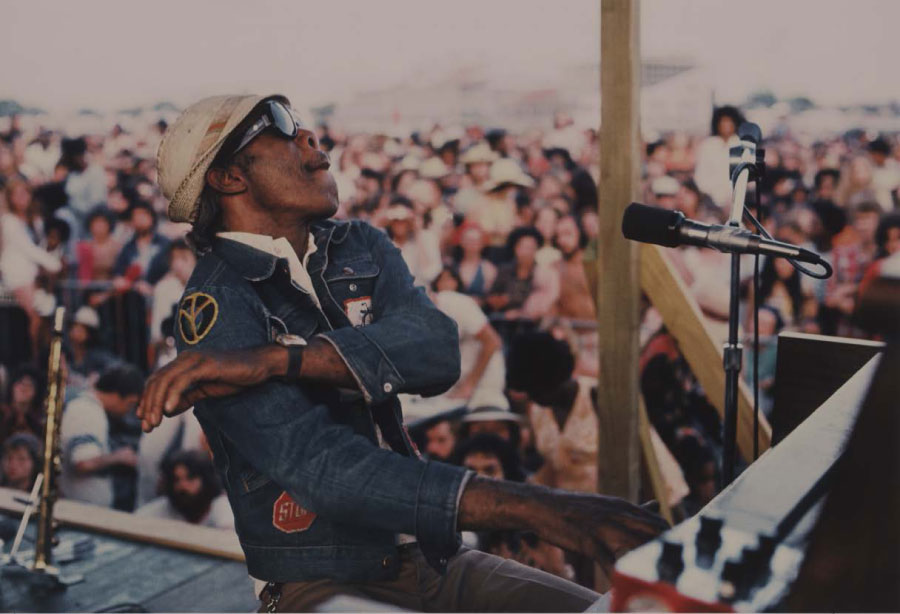 Henry Roeland Byrd, better known to the world as Professor Longhair or “Fess,” for short, stands as the foremost exponent of New Orleans piano style. As a vocalist, he was a classic blues shouter, and his idiosyncratic style is a rhythmic jambalaya reflecting the freewheeling, good-time spirit of the Crescent City. Urban legend suggests that The New Orleans Jazz Fest was begun to showcase his piano and vocal talents. Our iconic and fabled music club was founded in order for Professor Longhair to have a place to play and was named after his song, “Tipitina.” Fess was inducted into the Blues Hall of Fame in 1981 and received a posthumous Grammy Award for his House Party New Orleans Style recording. Come celebrate his centennial and experience his instantly recognizable musical stylings, which combine stylistic and technical influences from an array of world music from rumba to mambo, blues to calypso. Dr. John claimed that he “put funk into music; Longhair’s thing had a direct bearing on a large portion of the funk music that evolved in New Orleans,” and he has been hailed as the Picasso of keyboard funk. Music historians and writers from far and wide credit Fess as a father figure to an array of talents such as Fats Domino, Allen Toussaint, Dr. John, Huey Piano Smith, James Booker, Jon Cleary, Marcia Ball, Henry Butler, and many more. After a stint in the service during World War II, he returned to New Orleans and began playing at clubs like the Caledonia, a neighborhood bar just outside the French Quarter. He described his particular genius at the keyboard as “that little gimmick I does.” Fess first recorded in 1949 and scored his one and only R&B chart hit a year later with “Bald Head,” a goofy song about loving a woman who, inexplicably but not discouragingly, “got no hair.”

Fess remained locally popular as a working musician from the late 1940s to the early 1960s, rarely venturing out of town. He abandoned the music business in 1964 to work odd jobs and deal cards for a living. After languishing in obscurity, Professor Longhair was rediscovered and enlisted to play at the second New Orleans Jazz & Heritage Festival in 1971. His comeback included tours of Europe and albums for major labels as a new generation discovered his inimitable “mambo-rumba-boogie” style. All the while he remained the patron saint of Jazz Fest, closing out the final show each year until his death in 1980.

Follow the path of Fess from his birth in 1918 in the lumber community of Bogalusa, Louisiana through his life in New Orleans, to his lasting influence on rhythm and blues, Carnival, the Mardi Gras Indians, and the entire essence of the Crescent City. Experience his lasting mark on the culture itself with interviews, artifacts and performances of his iconic, timeless anthems of Mardi Gras and New Orleans. Hear and see the tales of Fess learning his distinctive style from an old piano with missing keys, his fronting bands such as the Shuffling Hungarians and Blues Scholars, and his unique view of life. The music, the philosophies, the unique styles, the hair, the utter New Orleans-ness--all of it will hit you like the horn riffs of “Big Chief” when you come to the Professor Longhair exhibit “Me Got Fiyo: The Professor Longhair Centennial” at the New Orleans Jazz Museum, 400 Esplanade Avenue, (504) 568-6993.

Samba Your Way Into Carnival