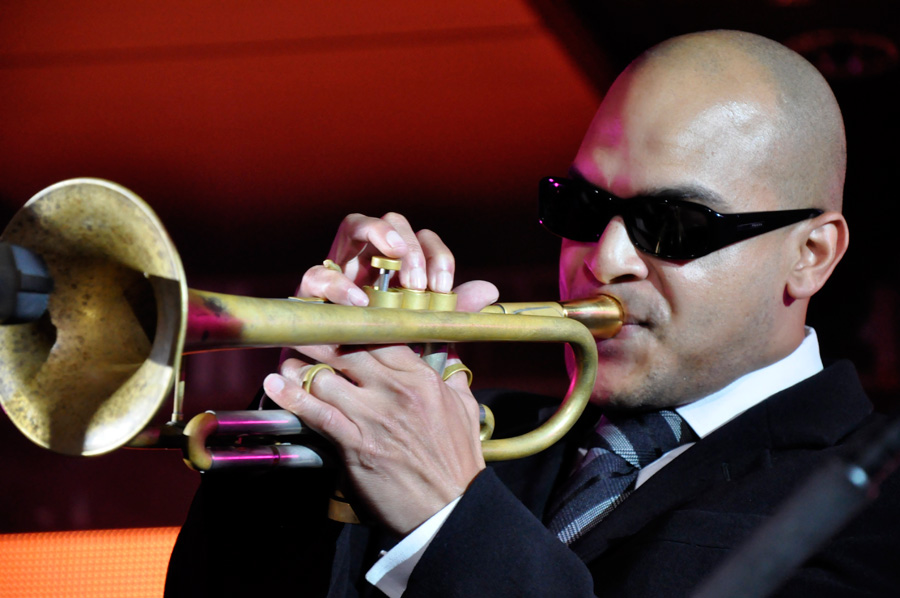 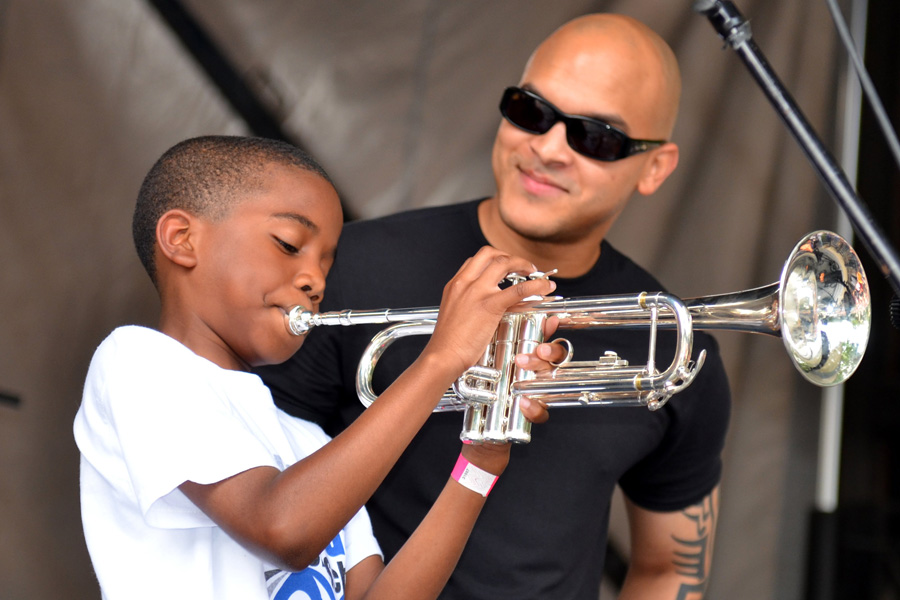 At only 35 years old, Irvin Mayfield, Jr. represents the continuity of the unfolding Jazz legacy of New Orleans. This versatile trumpeter, bandleader, composer, arranger, and University of New Orleans professor is on a path to position Jazz at the center of American culture.

He is a passionate spokesman for the rich history and cultural significance of Jazz and our city that birthed it. Appointed the Cultural Ambassador of the City of New Orleans in 2003 by the United States Senate and Congress, Irvin Mayfield has become synonymous with the still-unfolding legacy of America's only indigenous music. His virtuosity and devotion to the music has made him one of the most recorded and decorated Jazz musicians of his generation. This tireless Renaissance man considers Jazz nothing less than the manifestation of all that American democracy represents. Within the freedom so intrinsic to Jazz, Mayfield sees the story of America. In the myriad rhythms and personalities of Jazz, he finds the soul of New Orleans. He is the recipient of the Elysian Trumpet, hand-crafted for him by David Monette in honor of Mayfield's father, who was found after the storm on Elysian Fields Avenue, and all those who lost their lives in the storm. Inlayed with jewels and images of New Orleans and of the Hurricane itself, the priceless instrument has been blessed by representatives of three of the world's religions, including the Archbishop of Canterbury.

Mayfield is a true musical offspring of New Orleans. He received his first trumpet in the fourth grade, formed his first band, the Algiers Brass Band, at the age of fourteen, graduated from the famous New Orleans Center for Creative Arts in 1995, and signed his first recording contract at the age of 20. After turning down a scholarship to the Julliard School of Music, Mayfield studied at the University of New Orleans Jazz Studies program under the mentorship of jazz pianist, Ellis Marsalis. In 1998, Mayfield co-founded the Afro-Cuban jazz band Los Hombres Calientes with drummer Jason Marsalis and percussionist Bill Summers. Their debut CD won Billboard's Latin Music Award for Contemporary Jazz Album of the Year. Mayfield won a Grammy Award at the age of 32 and published his first book at 33. He was nominated by both Presidents Bush and Obama to serve as the youngest member of the National Council of the Arts.

In 2002, Mayfield created and has served as Artistic Director for the New Orleans Jazz Orchestra (NOJO), a performing arts institution dedicated to education in the performing arts. They present engaging and transformative Jazz experiences including a Saturday Music School for local 8 to 17 year-old students, established biannual "Masters Series" themed commissions, and an elementary-level Jazz curriculum is being developed. Under his artistic direction, NOJO won the 2010 Grammy Award for Best Large Jazz Ensemble for its critically acclaimed CD Book One. The 18-piece orchestra is one of the most sought after touring Jazz orchestras in the country.

Mayfield and the New Orleans Jazz Orchestra made history on November 17, 2005 when they symbolically reopened New Orleans with the performance of a historic piece composed by Mayfield titled All the Saints At Christ Church Cathedral. This commission was the first of its kind by an Episcopal diocese, and it served New Orleans as the first major cultural event inside the city post-Katrina. Regarding this event, Mayfield stated, "The most important thing I want people to understand is that coming to the concert, buying a ticket, is really participating in the rebuilding process of New Orleans. It's putting a hammer and a nail to a roof."

In 2008, Mayfield and his sextet with Ellis Marsalis released his eleventh album Love Songs, Ballads and Standards, which embodies the great New Orleans Jazz legacy. Mayfield has absorbed the music of the giants; particularly the trumpeters who have helped define the course of Jazz over the decades and set him on his own journey of exploration: Louis Armstrong, Miles Davis, Clifford Brown and Dizzy Gillespie. He considers Wynton and Ellis Marsalis, promoters of the great heritage of New Orleans, to be his mentors. His 2011 CD, A Love Letter to New Orleans' is a poignant chronicling of Mayfield's resilient love affair with his city's legacy of Jazz.

Mayfield has remained steadfast in his effort to bring New Orleans culture back to its feet and is on a mission to fortify Jazz through performances, audience building, education, and cultural rebirth. In 2009, he entered into a historic partnership with the Royal Sonesta Hotel, opening New Orleans' Premier Jazz Venue, Irvin Mayfield's Jazz Playhouse, with live music every night at 8pm with no cover. (300 Bourbon Street, 504-586-0300.) Treat yourself to an evening of New Orleans' greatest Jazz talent and indulge in your favorite cocktail and appetizers in his luxurious venue on the lobby level of the Royal Sonesta Hotel tonight!