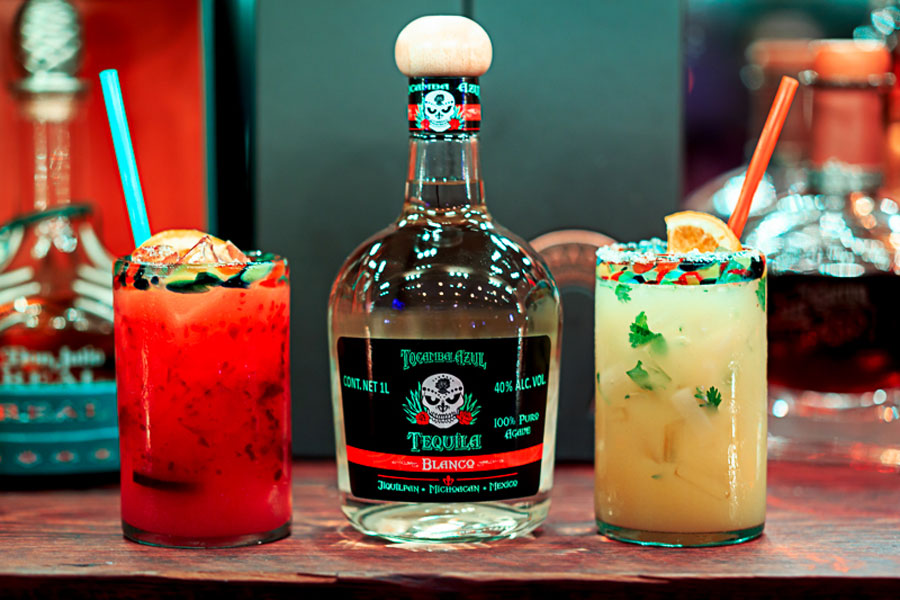 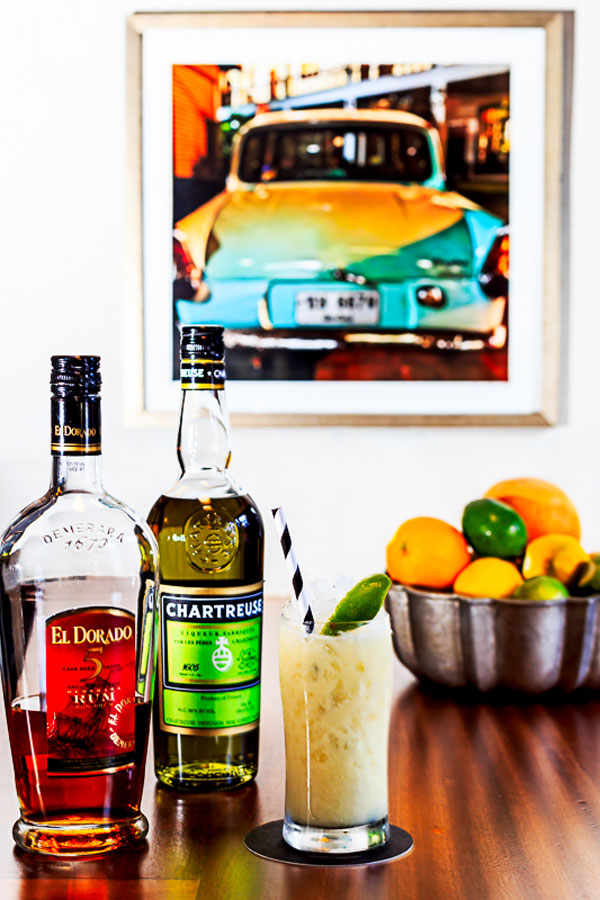 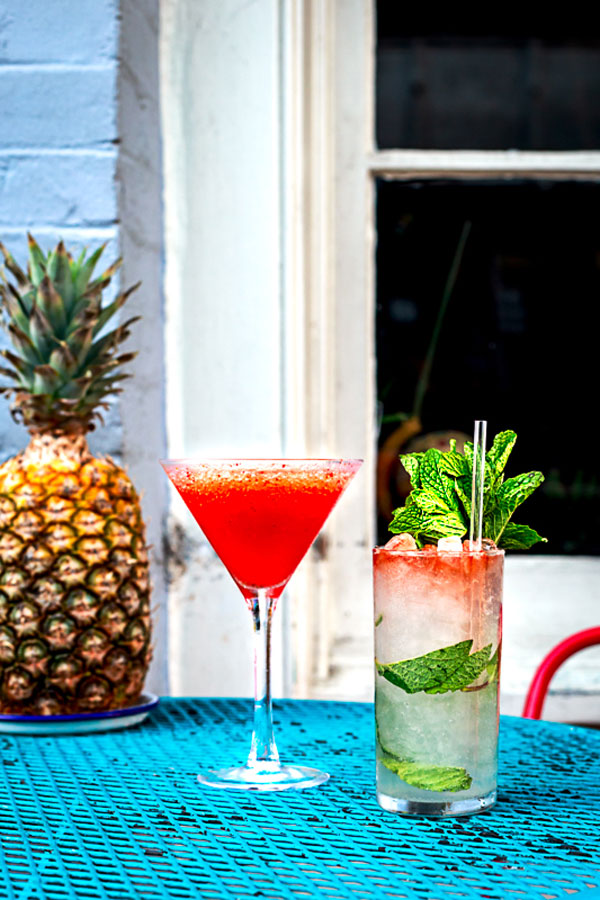 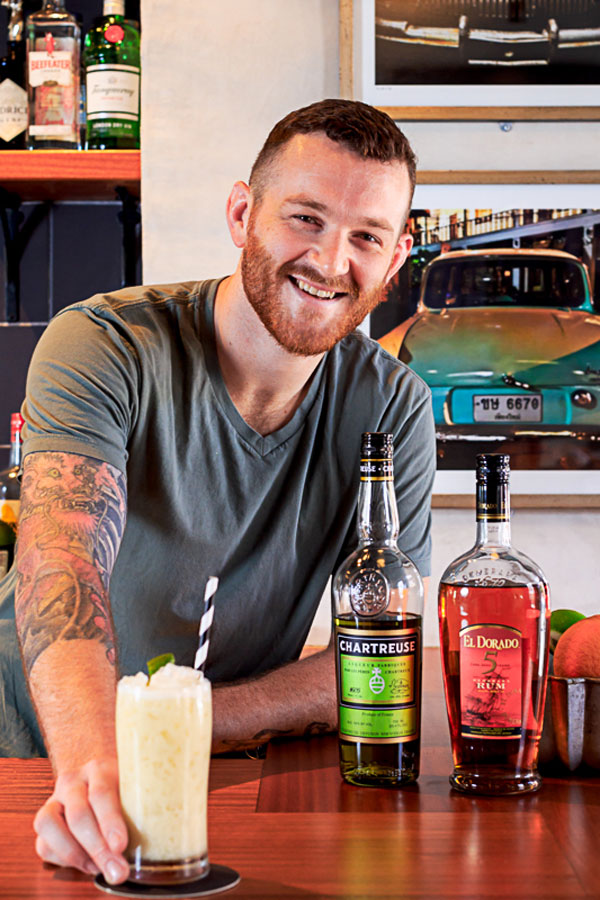 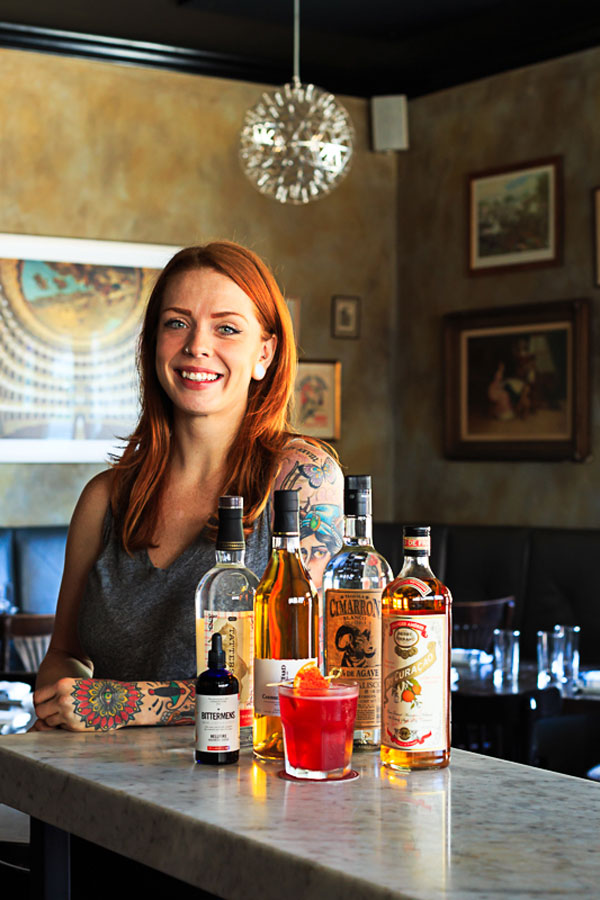 With Latino food as one of the most popular cuisine cultures in the U.S., it’s no wonder that corresponding Latino spirits and cocktails have become so appealing nationwide. As the Nuevo Latino trend continues, with restaurants popping up and the cuisine more and more familiar to diners, Latin American beverages are also becoming more accessible, even in non-Latino bars and restaurants.

While tequila from Mexico fired up our Margaritas and Tequila Sunrises, and rum from Cuba and the Caribbean laced our Daiquiris and Mojitos, producers of Pisco from Chile and Peru and BrazilCachaça were taking note. These two spirits are also rooted in the Latin libations category with Pisco Sours, Pisco Punch and Cachaça Caipirinha cocktails leading the way. And those are just a couple of the most recognized Latin spirits coming our way.

Newbie drinks are appearing often, such as the tequila and citrus-based Paloma, which is acquiring cocktail followers in Mexico and in the U.S. Bartenders are experimenting with interesting twists on classic Latin-originated cocktails to create the next best Latino drink. So, let’s see what we can find at a few French Quarter places while lounging for Latino libations!

Let’s begin at Longway Tavern, a newly opened bar and eatery with a very interesting past life. Very few cocktail palaces can lay a claim on history like Longway Tavern. When the cornerstone to the building was laid in 1796, there were only fifteen American states, and Louisiana was not one of them. In fact, the area was under the governance and ownership of Spain.

From the beginning, the welcoming nature of the address was acknowledged by travelers and residents who sought solace and refreshments. The building has welcomed intellectuals such as William Faulkner, Ernest Hemingway, and actor John Carroll, born in New Orleans, and star of the 1937 film, Zorro Rides Again.

Today, Longway is a welcoming oasis, featuring the entire range of adult beverages and the proper accompaniments. The courtyard, as is typical of so many French Quarter buildings, offers an open-air respite festooned with regional foliage flourishing in the semi-tropical environment. Of course, there is always the air-conditioned comfort of inside seating.

Of particular note are the drink selections, such as the Florodoro, a Sherry-based wonder of European and Caribbean flavors, and a Greeña Colada, a rift on everyone’s favorite beach drink, but with a deft touch of Chartreuse.

This being New Orleans, there just has to be a respectable offering of accompanying comestible, and at Longway there is. From seafood, like salmon and calamari, to meats, such as pork shoulder, lamb leg roulade, steak, chicken, and on to impressive salads and side accompaniments, Longway has an amazingly wide range of something that reaches the soul.

In New Orleans, the true meaning of the term “tavern” is never taken lightly.

Another new French Quarter bar, Manolito, takes us a bit further into the Latin genre. The owners designed it to pay homage to the Cuban bar, El Floridita, in Havana, one of author Ernest Hemingway’s favorite haunts, and its bartender for 20-years, Manuel Carbajo Aguiar.

Manolita was created by a partnership of well-known cocktail industry veterans, Cane & Table co-founder Nick Detrich and Arnaud’s French 75 James Beard Award winning bartender Chris Hannah, along with Konrad Kantor, who are all passionate about their craft and preserving the history of Cubana style cocktails and the places and people that fashioned and favored them.

Detrich and Hannah made several trips to Havana to meet with Aguiar, who shared with them the Cubana cocktail style, and to meet the cantineros--Cuban bartenders who focus on hospitality first. Detrich said, “We covered a lot of ground on our trips to Cuba.” Aguiar showed them how to “throw” and “toss“ drinks-rather than shaking--by pouring the drink from the mixing vessel in a long stream down to the receptacle.

Aguiar, who sadly passed away last year, taught the New Orleanians how to blend daiquiris the Cuban way focusing on the drink’s texture. Manolito’s serves classic Cuban cocktails focusing mainly on rum and tequila, but with other spirits as well. The El Floridita Daiquiri, El Presidente, and Hemingway’s special daiquiri, Papa Doble, are a few of the classic drinks.

The cozy downstairs bar with a few tables in a smallish space gives way to an upstairs loft. Manolito’s aura, and it’s take on Cuban bar history, décor, food and drinks, are sending a robust vibe to patrons that gives new life to Cuba’s cocktail culture in New Orleans.

One of the most notable destinations along the Quarter’s edge is Meauxbar, a vibrant neighborhood restaurant with a nod to a grand adult-beverage watering hole.

While Meauxbar’s offerings are wide and diverse, it is the creative treatment of tequila, mezcal and rum that draws interest. The origins of the spirits are the Caribbean, Brazil, Mexico, and even New Orleans. All ingredients are fresh, and a balanced mixology guides the recipes to an impressive result.

Beverage Director Gillian White and Executive Chef John Bel are in lock-step with the bar and the cuisine. The locally inspired modern bistro fare offers both local and international ingredients blended into dishes both unique and representative of what made this city a grand destination for the soul. Try the Escargot, Gulf Shrimp, Pork Belly, Sweetbreads, Beef Carpaccio, Paté, and a perfectly selected assortment of international cheeses.

When the sips and bites are accompanied by the never-ending commercial and artistic activity along North Rampart Street, nothing screams “New Orleans” like Meauxbar. The large windows assure patrons a prime view of the world moving by.

The incongruity of an English pub set in the middle of the French Quarter that actually boasts Spanish Colonial architecture is too delicious to ponder and reject.

Yet here it is: Bombay Club--dark, brimming with mahogany, loaded bookshelves, overstuffed furniture and velvet-curtained private dining booths. Phileas Fogg strolling through the door would not be a surprise.

The hidden gem Bombay Club’s entrance is set back at the end of a long driveway leading to the private car-park for the Prince Conti Hotel.

The bar here is actually quite internationally talented. Head Bartender Bret Daniel and staff know what to do to make the perfect cocktail. Besides the expected gin and tonic, best-ever martinis, and Pimm’s Cup, exotic drinks from “the islands” are stylishly and historically excellent.

The Pisco Sour, making first-rate and delicate use of the national spirit of Peru, is eye-opening. A Caipirinha from Brazil, all about the cane and the citrus, is bracing. The Midtown with Cruzan light rum and the Paloma, another beloved cocktail from Mexico, prove the mettle and international respect of Bombay’s abilities from the varied spirits and spots on the globe.

The cuisine at the Bombay Club is no less extensive and excellent. Accompanying the beverages is a notable line-up of small plates that can serve as either tidbits for a continuing evening of French Quarter frivolity or as appetizers for an extended stay of fine dining.

The Bombay Club’s decor proves the multi-dimensional aspect of having a good time in New Orleans. Just ask the person next to you. They are likely to be from anywhere in the world.

Just across the street from New Orleans’ historic French Market lies a festive Mexican bar and eatery owned and run by a Mexican-American family who immigrated to America decades ago with nothing but dreams.

El Gato Negro’s authentic and appealing food is made of family recipes derived from the western Mexican state of Michoacán, and the bar crew craft top-shelf margaritas and other Latino libations so good that will bring you to your knees--not that they’re too strong, but because they are so good!

Whether guests are in the mood for tender seared beef, fire-grilled seafood, roasted pork, or so many other options, each of El Gato’s dishes are carefully prepared with the finest and freshest ingredients available. The extensive menu has pleased hundreds–perhaps even thousands of patrons--who have sung the praises that this is the best Mexican cuisine and beverages they have ever experienced.

El Gato Negro offers a memorable genuine Mexican cuisine experience like no other!