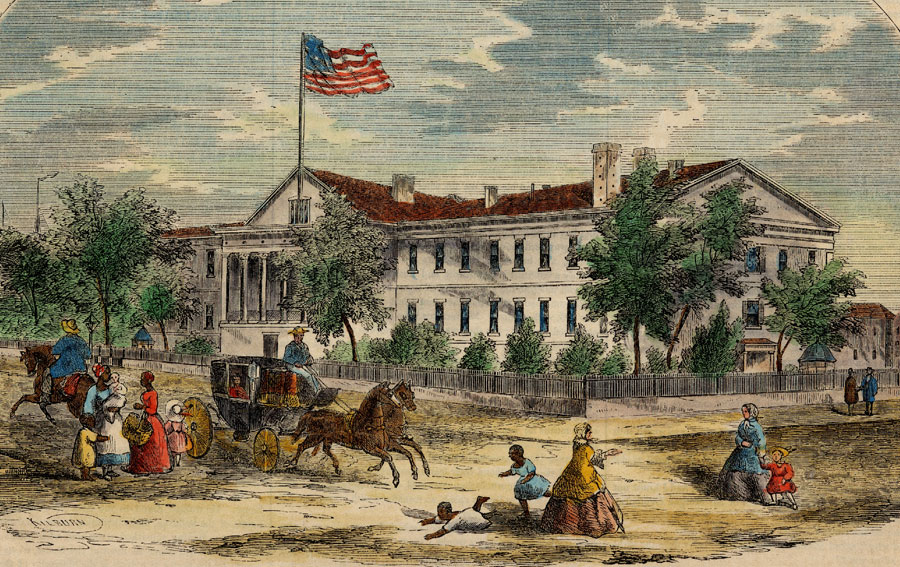 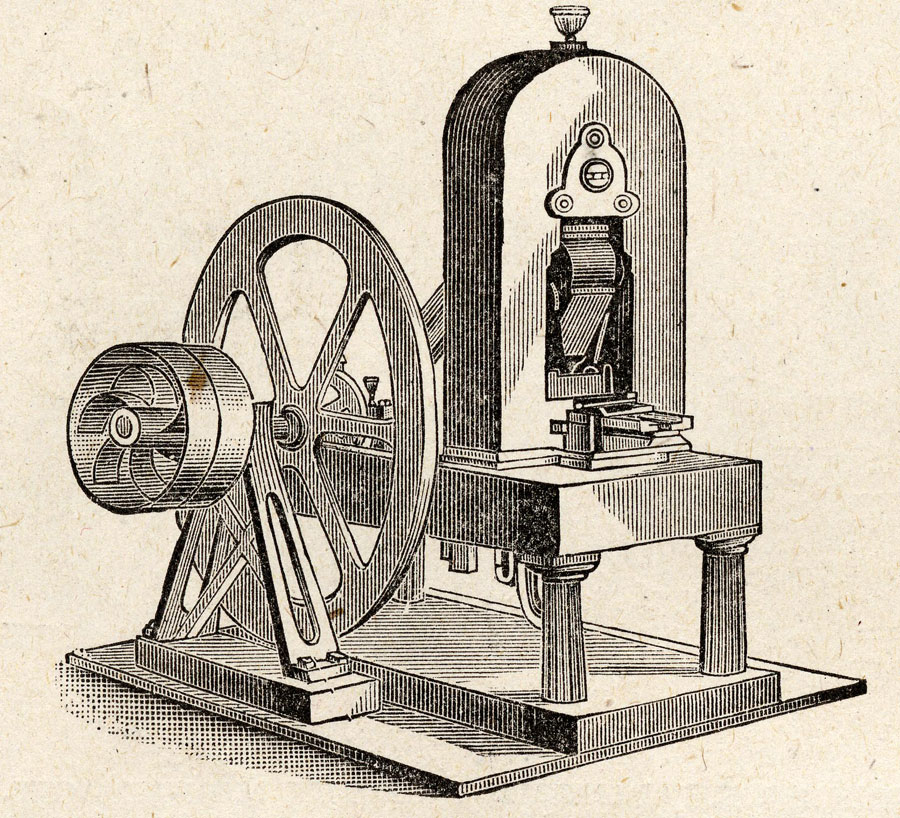 Coining operations began in the New Orleans facility in 1838, though the building was not actually completed until 1839. It became the only mint to produce Confederate half dollars (albeit test pressings) when the Confederate States of America occupied it in April of 1861. Following Reconstruction minting was resumed in 1879, but by 1909 the operation had become obsolete and was superseded by new mints in San Francisco and Denver. The assay office, however, continued during much of Reconstruction and did not cease operations in the building until 1931 when the office was moved to the New Orleans Customhouse on Canal Street.

Purportedly, the cornerstone of the Mint building was laid on the foundation of Fort St. Charles, one of five forts surrounding the city. Spanish Governor Baron Hector de Carondelet noted that Fort St. Charles, constructed in the form of a pentagon, had been built larger than the other four. In case of an insurrection, troops would have an area large enough within which to retreat. In December of 1814 the artillery company stationed at Fort St. Charles left to take part in the Battle of New Orleans. The 7th Infantry Regiment maintained the Fort as an arms and ammunition depot throughout the invasion.

By 1814, fortifications were under construction outside of the city. General Andrew Jackson, who used the Fort during the War of 1812, later favored disposing of the property. In 1821 the Fort was demolished and in 1822 the land given to the City of New Orleans. The area was made into a park and aptly named Jackson Square. The park remained until 1835 when the city of New Orleans returned it to the federal government for construction of the New Orleans Branch Mint.

By April 10th, 1835, Mint Director, Samuel Moore was advertising in a Philadelphia newspaper for proposals to build a branch Mint in New Orleans. Martin Gordon was hired to superintend construction while William Strickland was commissioned to design the building. A student of Benjamin Latrobe, the architect of the United States Capitol, Strickland adopted his use of the neoclassical style. Strickland was a popular architect in Philadelphia where he was known as the “city architect.” Some of his more significant buildings include the Second Bank of the United States, the United States Naval Home, the Merchants Exchange, the Tennessee State Capitol, and the Philadelphia and Charlotte Mints.

The design of the New Orleans Mint reflects William Strickland’s preoccupation with simplified classical forms typical of the Greek Revival era. Strickland was paid $300 for which he provided the government with four watercolor and ink drawings and sixteen pages of manuscript specifications for the New Orleans Branch Mint. He never visited New Orleans and did not oversee the construction. Strickland designed supports and foundations that were better suited to the firm ground of Philadelphia, as opposed to the soft soil of New Orleans. Accordingly, an endless number of repairs, reconstructions and makeshift accommodations had to be made in various parts of the building throughout its history.

Gibson’s Guide and Directory of the State of Louisiana and the Cities of New Orleans and Lafayette (1838) describes the building as “…situated on what was formerly called Jackson Square, being nearly the former site of Fort St. Charles and was designed by Wm. Strickland, architect, and contracted for by John Mitchell and Benj. F. Fox, builders. It is an edifice of the ionic order, of brick, plastered to imitate granite; having a center building projecting, as also two wings, is strongly built, with very thick walls and well finished… The total length of the edifice is 282 feet, and the depth about 180—the wings being 29 by 81, and the whole three stories in height. It was begun September 1835, and is now on the point of being completed—at a cost of 182,000… The Square is being surrounded by a neat iron railing on a granite basement.”

By 1837, the building was in such an advanced state of construction that heavy minting equipment-- including three coin presses-- was shipped from Philadelphia to New Orleans. The more delicate assaying instruments were ordered from a firm in Paris. Also in 1837, Presidents Jackson and Van Buren appointed the first officers with the advice of the Mint Director. The positions filled included the superintendency, assayer, melter and refiner, coiner, and treasurer.

In 1922, a supervising architect for the Treasury Department issued a report describing the general decay into which the building and its remaining machinery had fallen:

“…The attic and building generally contains old decayed tanks, masonry furnaces, old iron, piles of paper, mud and dead pipe and gas lines and flues, etc., and many holes in masonry floor arches exist without any apparent reason. Surface dirt and cobwebs exist practically throughout the building, the accumulation of years, and there is no janitor force employed. The rear lot and courtyard is filthy with trash, cans, old abandoned machinery, decayed and falling wooden and sheet metal sheds and shacks and an old brick chimney.”

At this time in 1922 the assay department was still operating on the third floor of the building. A Naval Recruiting Station, a Veterans Bureau dispensary and dental clinic operated in other parts of the building. The architect recommended in his report that the assay department relocate to the New Orleans Customhouse, where it could share the use of a newly built bullion vault. His advice was finally taken in 1931 when the Mint building was converted into a federal prison. (Report of Supervising Architect, October 10, 1922) In 1943 the prison closed. The building functioned as a Coast Guard Receiving Station until the middle 1960s when it was transferred from the Federal Government to the State of Louisiana and placed under the stewardship of the Louisiana State Museum Board. The mint opened to the public as a part of the Louisiana State Museum complex in 1982 and is now the New Orleans Jazz Museum.