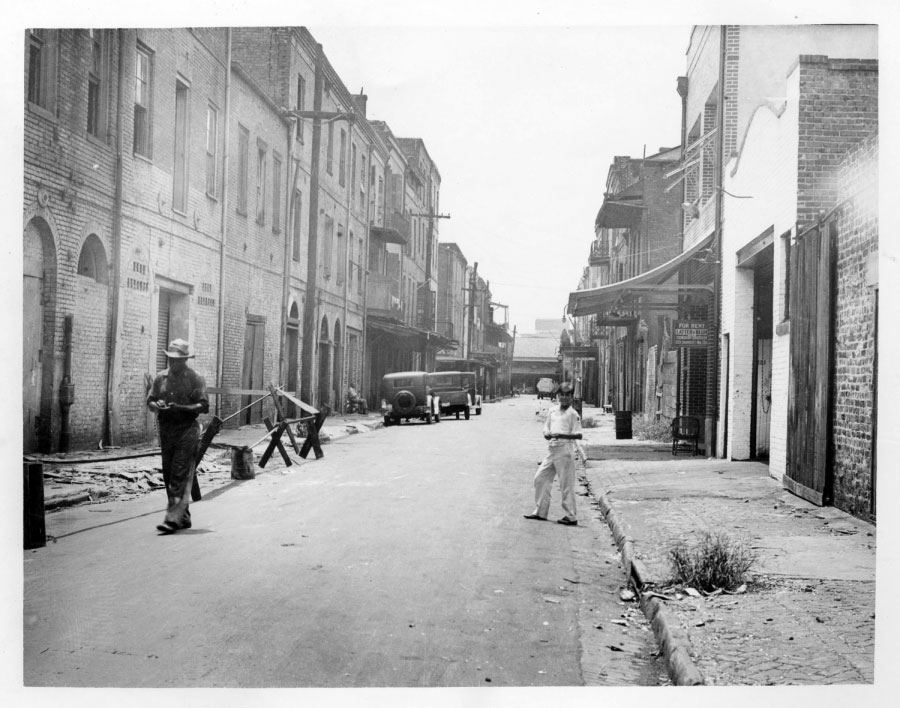 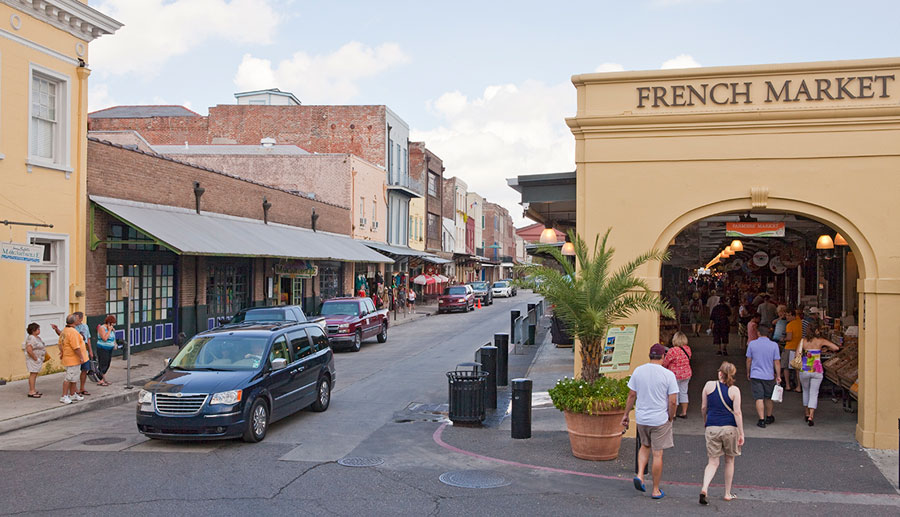 Throughout the 19th & early 20th centuries it was named Gallatin Street – and though it was only a few short blocks long – at the time of its greatest infamy, it could be considered one of the most dangerous streets in any of America’s southern city centers. At this point in history New Orleans was a city of great urban development and some outlying parts of the city presented migrants and infamous figures opportunities to rule the streets in gangs that set up businesses to manipulate and outsmart their prey in dubious ways.

Gallatin street was the section at the end of the French Quarter and near the river that sheltered the most dangerous criminals, prostitutes, street gangs and crooked conmen of their day. The neighborhood was once reported as so dangerous that police would only enter in teams and with loaded weapons. Well before Storyville’s limits had even been established, Gallatin Street boasted dance houses, brothels and saloons, where men and women of all races and classes intermixed with the criminal drudgery and sex-workers that patrolled the menacing streets. The port during this period was flush with sailors and immigrants, and Gallatin Street benefitted from its transient guests.

Famed newspaper cartoonist, John Churchill Chase, once wrote, “Beginning in 1840, these were the bawdiest, filthiest, wickedest two blocks in any community anywhere.” – “We reach the doorway of a large room, whence the music proceeds,” A visitor to the street in 1873 describes to the Times-Picayune, “We pause, look in, and a sailor with a blue shirt and trousers and a blue flat cap on the back of his head, half grunts, half hiccoughs as he says, ‘Sail in if yer after fun an’ frolicking.’–” But by 1924, Times-Picayune journalist Lyle Saxon opined that it had been long “deserted, forgotten, given over to warehouses and storage rooms of produce merchants… with the odors of decaying garbage… littered with trash and dirt—old shoes, broken barrels, rotting fruit.”

But the mid-1930s the section had been largely abandoned and slated for redevelopment into a place for loading goods, including supplies and fruit for market vendors, essentially in the very same ways it is used for today. The spirit of the music that once sounded through restless dance halls of Gallatin Street lives on in the music of New Orleans today and through the New Orleans Jazz Museum’s newly-minted record label, Gallatin Street Records.