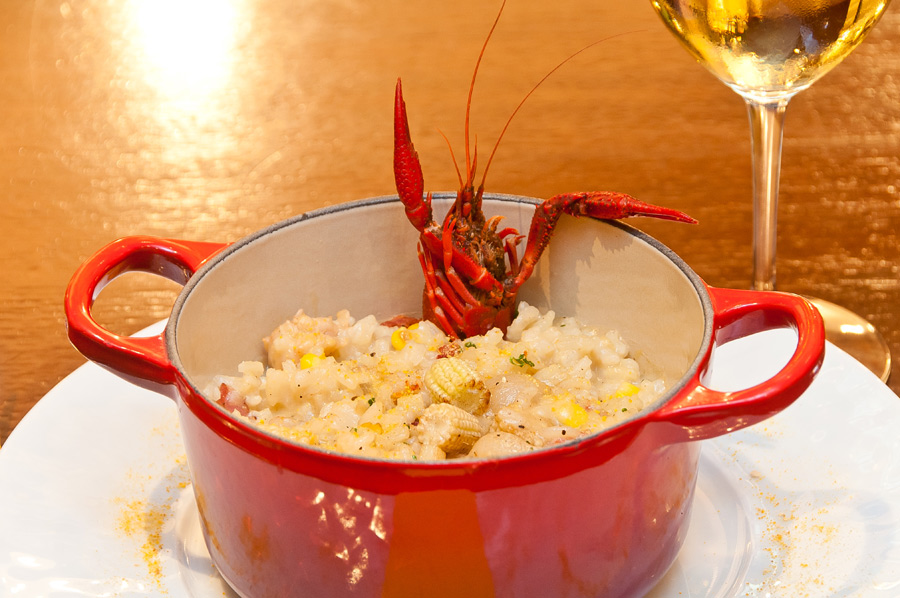 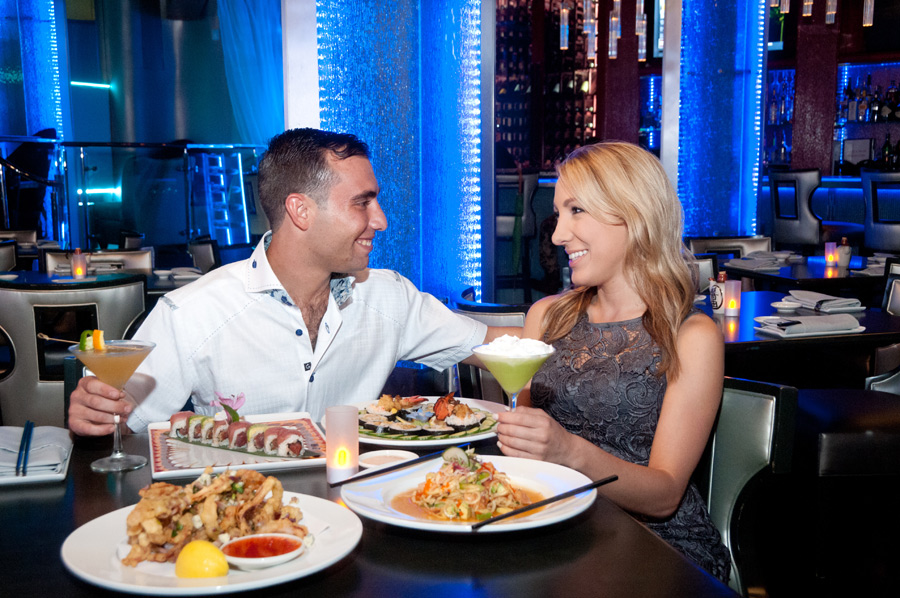 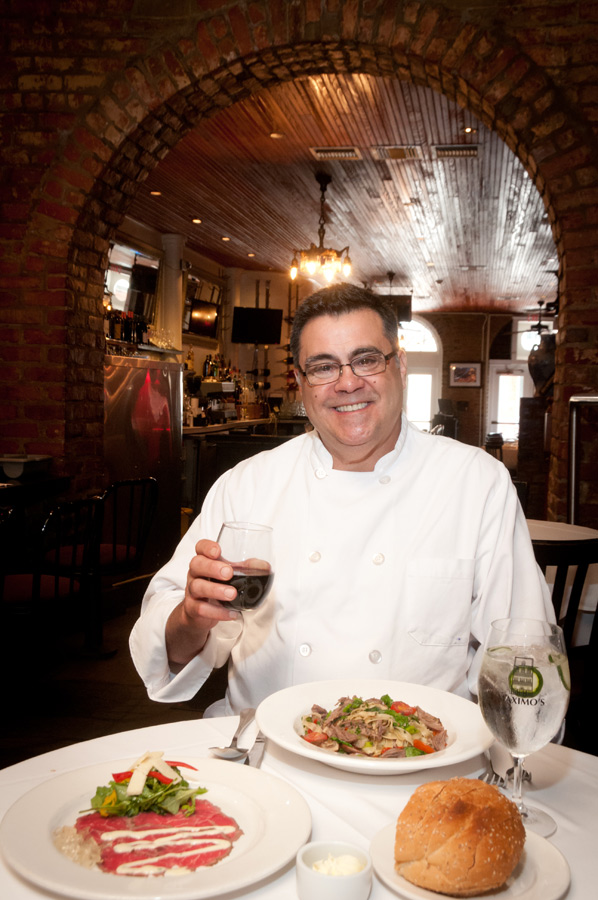 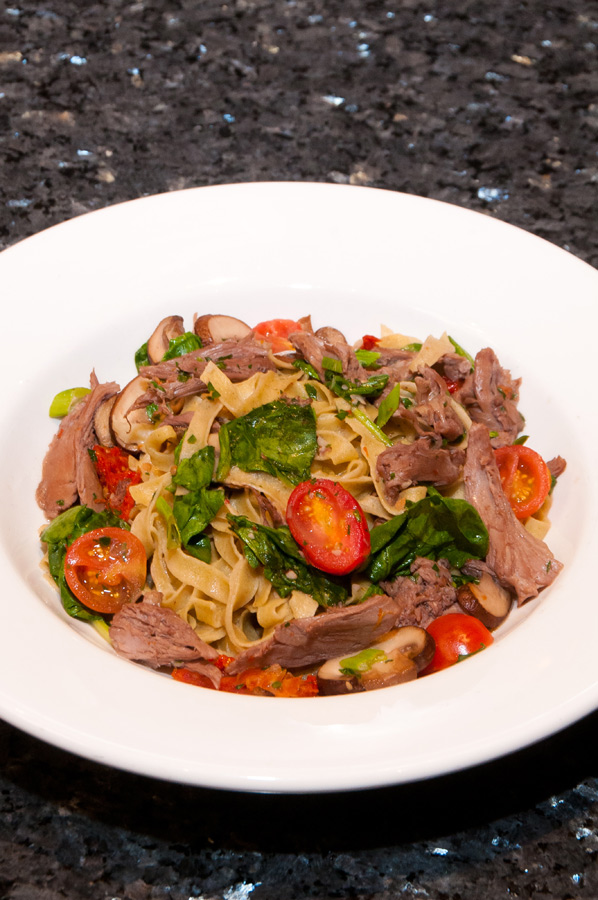 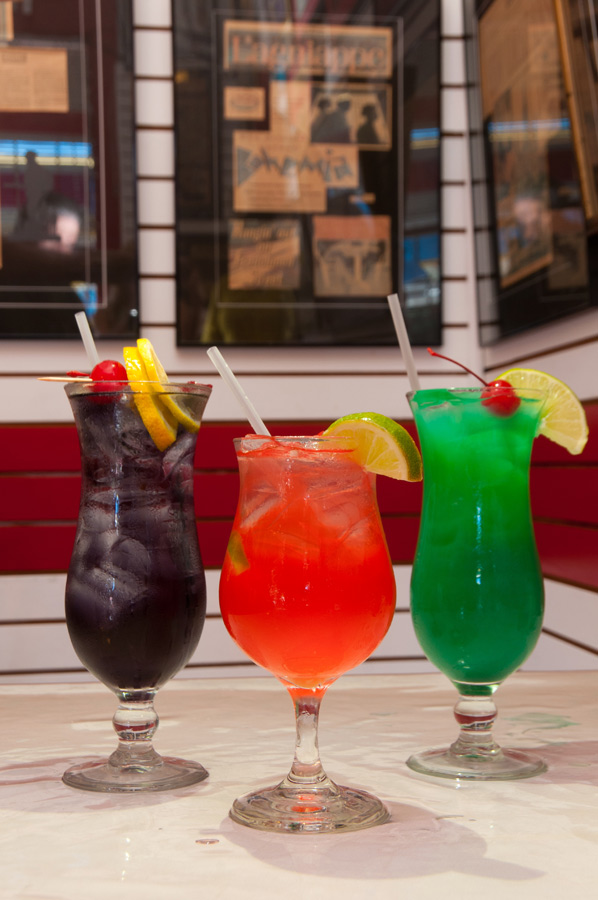 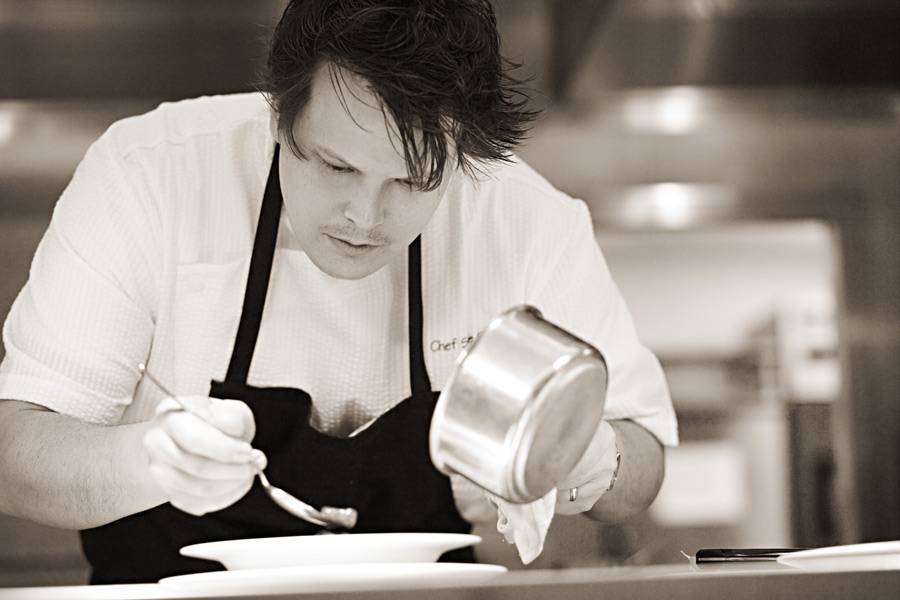 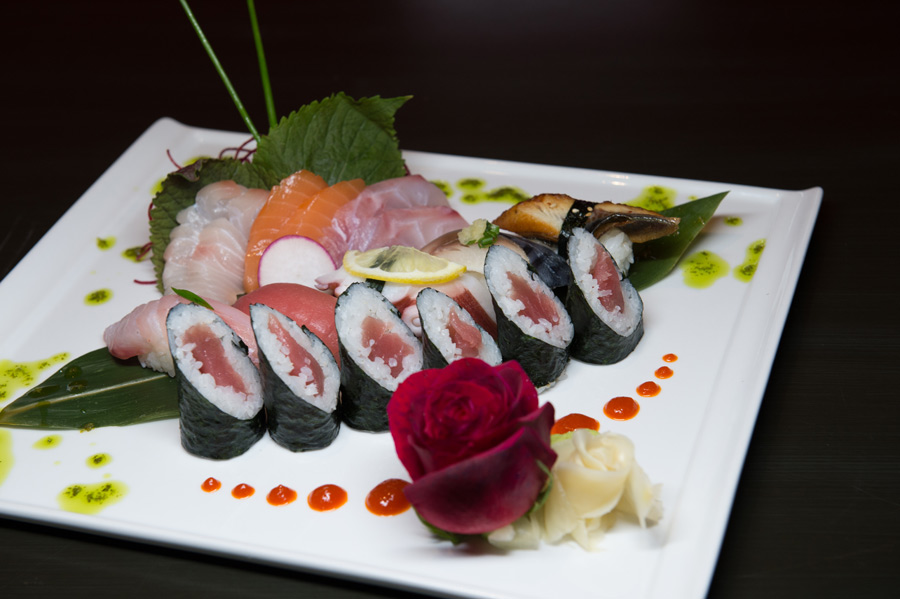 In a city that relishes its relics and shuns change (even minute modifications are often met with disdain!), the New Orleans food culture continues to undergo a metamorphosis, much like that of other great food destinations. While many of the grande dames of the Quarter, such as Antoine's, Galatoire's and Arnaud's, continue to maintain their noble stature, others are handing over the reigns, while others are simply calling it quits. Fortunately, the old adage "when one door closes, another door opens" holds true for the culinary industry, too. New eateries continue to pop up on a regular basis, chefs continue to kitchen hop and culinary styles continue to evolve. So, we say expand your palate and allow your taste buds to embrace the change - you just may discover something truly amazing, unique and memorable. And, if nothing else, you'll have one heck of a time eating your way around the Big Easy.

Maximo's
1117 Decatur St., 504-586-8883
For years, Maximo's has been a New Orleans-Italian staple on Decatur Street. Ownership has changed hands a couple of times, and while the food, for the most, has part remained solid, the new team is ready to strut their stuff. The warm, inviting ambiance still embraces diners, while the open kitchen continues to radiate heavenly aromas. But, change is in the air and in the kitchen as Chef Dan Russo, who took over culinary duties earlier this year, plans to create a new menu meant to "touch everyone." The New York native honed his cooking skills at several 4-star restaurants in Manhattan for 22 years, before moving to the Crescent City. Today, his vision for Maximo's is to mix the old with the new, offer the best of both worlds. On the new menu you'll discover oldies but goodies such as Veal Fontinella (paneed veal with Fontina cheese), Veal Marsala and chili glazed scallops with fire roasted oil tastefully juxtaposed with lighter options like grilled salmon on mixed greens with strawberries and balsamic vinaigrette. In addition to going in a lighter, fresher food direction, the wine selection at Maximo's is also evolving to become more globally inspired. The previous all Italian offerings are yielding to make way for more recognizable labels from California, Argentina and France among others. Chef Dan truly grasps the concept of customer service, so he's encouraging fans to post on their Facebook page (Maximo's Italian Grill) any dishes from the past incarnation of the restaurant that you would like to see make a return appearance.

V's Sushi & Martini
821 Iberville St., 504-609-2292
Just one foot into this swank new Asian bistro will have you thinking that you've suddenly been transported to Miami Beach. From the ultra hip, contemporary decor and popping music to the young, fashionable servers, V's Sushi & Martini is unlike anything the Vieux Carre has seen before. The 18-month-long complete overhaul has transformed the vintage brick building into an upscale, modern and ritzy space, complete with a dazzling, sleek sushi bar, an alluring lounge area and a private VIP room that boasts a spectacular chandelier. All the glitz and glam could easily overshadow the food if left in the hands of amateurs. Luckily, that is not the case. The only thing more captivating than the space itself is the culinary art that is delivered on every plate, and stunning presentations are just the beginning. You'll find classic sushi dishes, many which have been elevated by the addition of some indulgent ingredient or unique flavor. Take the Maki for example, tender rolls of beef tenderloin wrapped around green onion and foie gras toped with teriyaki fig glaze, is simply brilliant. Specialty rolls - all fresh and skillfully crafted - include Baked Salmon Roll, a succulent blend of shrimp tempura, snow crab, cucumber, cream cheese topped with delicately baked salmon, spicy mayo, eel sauce and sesame seeds. The Ninja Roll - spicy tuna, crunchy shrimp, cream cheese, cucumber topped with snow crab and avocado drizzled with avocado cream sauce, spicy graham crackers and hot sauce - will not disappoint. V's also offers a fine collection of Asian influenced craft cocktails including a refreshing Lemongrass Collins and a Lychee Martini. It's easy to envision the club scene that V's becomes later into the night (although sushi is served in the main dining space until about 3am.) Check out happy hour 4-7pm, Mon. - Fri. and Sunday, with 2 for 1 cocktails and sushi specials, as well as Sake Tuesday with hot and cold sake specials!

Meauxbar
942 N. Rampart St., 504-569-9979
When the original owners recently announced that they were planning to close their cherished French restaurant, Meauxbar mania ensued. Fans of the eatery gasped, while speculation of what was to come of the quaint, highly touted restaurant ran wild. Luckily, within a couple of weeks, local restaurateur Robert LeBlanc made his intentions clear by purchasing the building and the name and moving his entire staff from his recently shuttered central business district eatery. Chef Kristen Essig, one of the most talented up and coming chefs in NOLA who has been wowing diners at LeBlanc's Ste. Marie, remained on board at the helm of the kitchen. Essig is sticking with the French influenced menu that made Meauxbar (and Ste. Marie for that matter) dining destinations, but plans to add more bistro items. Enjoy well-executed selections such as the escargot in bone with vermouth, bone marrow, shallots and thyme butter and chicken liver mousse with roasted beet caviar and grilled bread for starters. Favorites like Moules-frites in saffron tomato broth and classic Louisiana Gulf Fish Amandine with rice pilaf are sure to please. The cozy space may see a makeover and if LeBlanc's other stylish restaurant, Sylvian, which also located in the French Quarter, is any indication, we suspect it will be chic, elegant and classic.

Brennan's
417 Royal St., (phone unknown at time of printing)
There's much talk and anticipation about the takeover of iconic Brennan's, the famous pink restaurant that for decades was a culinary playground for locals, visitors and the rich and famous. The shuttering of the historic landmark for many marked the end of a dining dynasty, as breakfast at Brennan's was one of the quintessential dining experiences in town. But, when Ralph Brennan and Terry Wine announced the purchase of the famous building and its esteemed name - not without family drama and court battles, mind you - a sigh of relief fell over the city. There is still much mystique around the new incarnation, such as the restaurants culinary direction, decor and ambiance (renovations have been underway for months.) But, what we do know is that under the tutelage of the Ralph Brennan Restaurant Group (RBRG), service will be impeccable and things will be first-class. We also know that the new top toque of the kitchen is Slade Rushing, half of the successful husband and wife team responsible for MiLa, a highly touted restaurant located in the CBD. The French Quarter is a familiar stomping ground for the Mississippi native, whose younger years saw frequent jaunts there with his family. Over the past ten years, Rushing has built a reputation for imaginative and ingredient-based cooking that maintains its style to the highest level. Prior to his return south, he enjoyed great success in San Francisco and New York. But, after several years of building his talents, the "rush" to return to the South was all too strong. Diners can expect from Rushing a cuisine that is fresh and ingredient-driven, building on the tastes and flavors of the local culture. We're waiting with bated breath!

Praline Connection
542 Frenchmen St., 504-943-3934
The owners of the Praline Connection, the famous Creole-Cajun style soul food eatery located in the Faubourg Marigny, which originally began as a home delivery service catering to busy career women, are twisting things up. Since the early 1990s, they have been satisfying locals and visitors with their beloved Southern fried delicacies, such as the chicken livers with sweet hot pepper jelly, catfish, pickles and okra, and home-style local favs including jambalaya, red beans and rice, shrimp etouffee and smothered greens. But, the casual diner is shaking things up with its newly launched cocktail menu, which consists of classic Southern concoctions, as well as signature specialty libations that are sure to stir your soul. Bloody Mary fans will go wild for the Marie Laveaux, a savory blend of the classic wake-me-up cocktail with just the right amount of heat to get the juices flowing. For those with a sweeter palate, check out the Georgia Peach made with vodka, peach schnapps and grenadine or the Jamakin-Me-Crazy, a jammin' Island-style punch consisting of light rum, Malibu Coconut rum, margarita mix and juices. The new beverage menu also offers a fine collection of well-know wines, including some reserve selections, as well as several Abita Beer choices. More exciting happenings are in the works, so stay tuned!

Restaurant R'Evolution
777 Bienville St., 504-553-2277
One last tasty revelation worth mentioning is the delectable new dish at Restaurant R'Evolution, the highly celebrated venture between world-renowned chefs John Folse and Rick Tramonto. Be sure to indulge in their new crawfish boil risotto, a mouthwatering blend of sweet corn, artichokes, Louisiana crawfish, Andouille sausage and creamy risotto that's like a crawfish "berl" in a bowl.

Even though it's called the Vieux Carre or old square, time (nor food) stand still in the City That Care Forgot. "To improve is to change; to be perfect is to change often." Winston Churchill