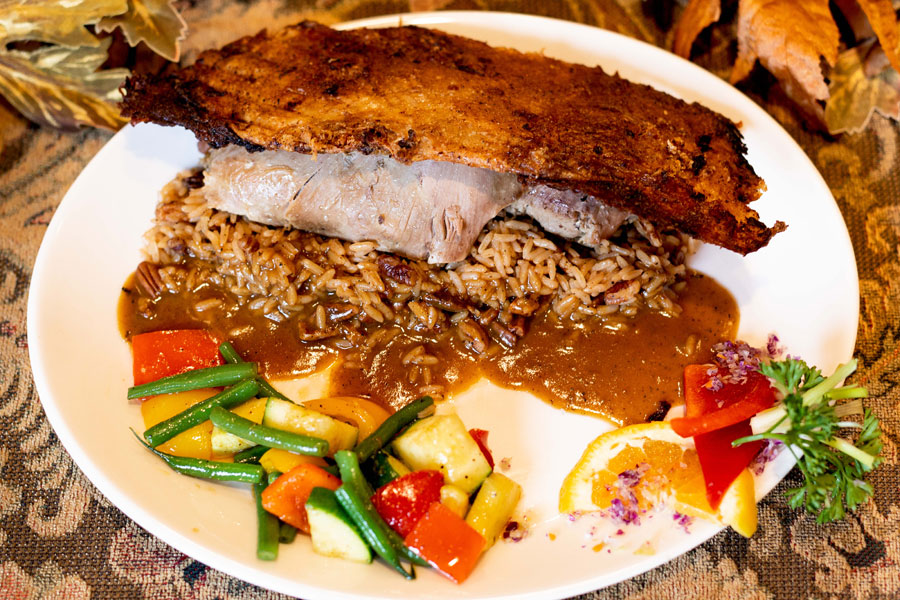 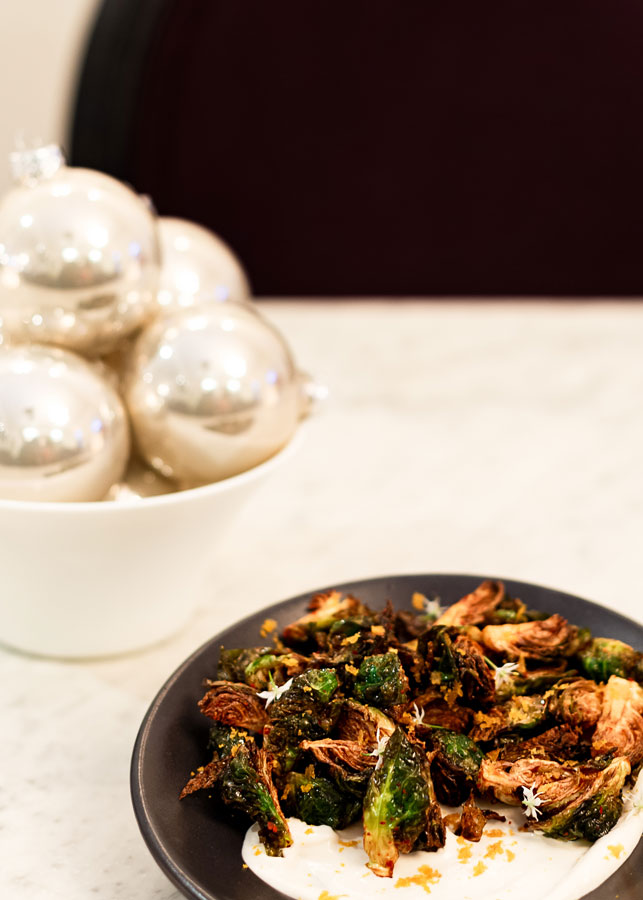 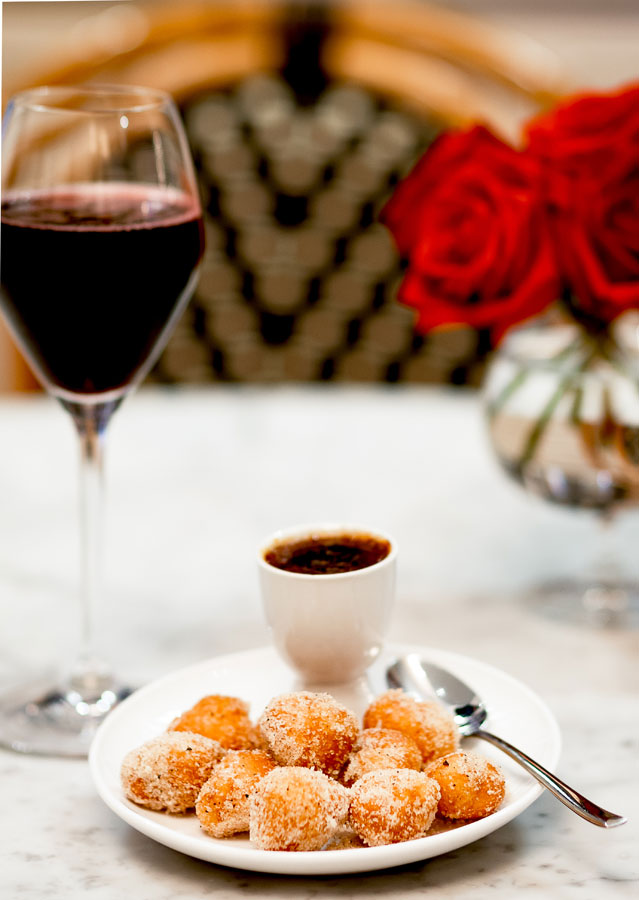 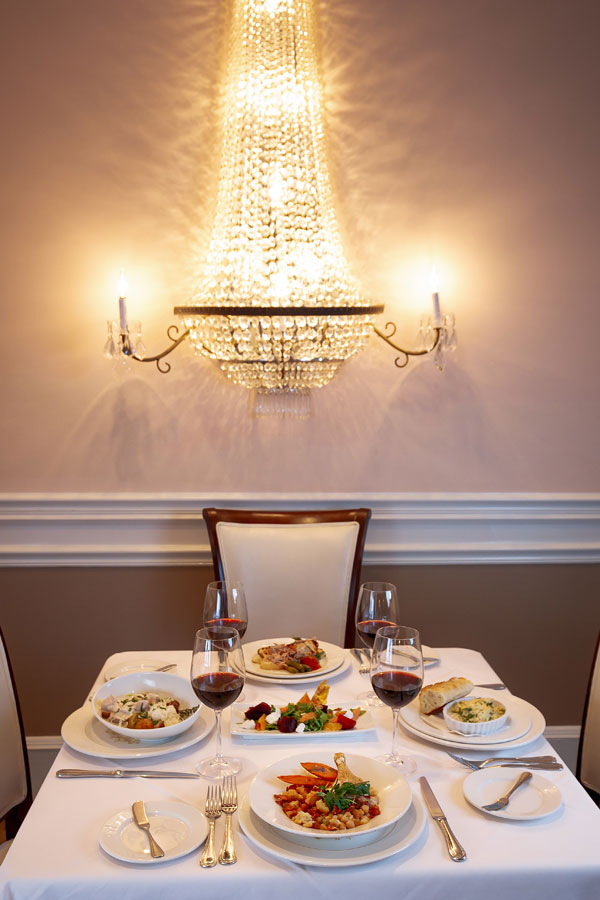 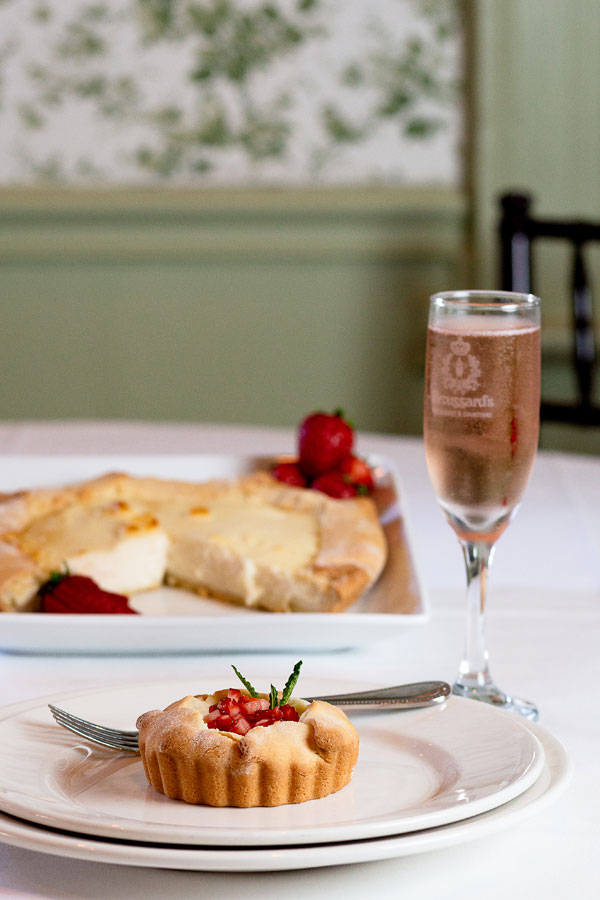 Fall is always a busy yet welcome season. There’s daily work, students’ new back-to-school schedules, weather changes, and, of course, many interesting and entertaining activities for both outdoors and indoors pleasures.

A few of these fall activities include the kick off of football season and arts and cultural events in the city like live theatrical productions, including debut presentations and award-winning revivals of classic shows. In addition, ballet, opera and classical music are on the bill. For stay-home evenings, premieres of new programming, films, documentaries and returning TV series are hitting the airwaves.

The mellow, crisp, airy outdoors is tempting for those walks in the park, hikes, early morning runs, bicycling, and enjoying the colorful fall foliage of the moment. Meanwhile, fruits, vegetables and other food are sprouting on farms, fields and gardens.

Flash forward to seasonal dining and festive holiday feasting. The restaurants below are all fine options to celebrate in the holiday spirit.

One of New Orleans’ five “Grande Dame” Creole restaurants, Broussard’s has captivated patrons for decades with its exquisite site, expansive courtyard, service staff and especially for its delicious dining and delightful Napoleon bar for nearly 100 years.

Today, Broussard’s retains the style and elegance established nearly a century ago. Executive Chef Jimmi Setchim has been preparing the restaurant’s menus for the year’s seasonal finale.

Dessert is a toss-up between two delicious items: Pumpkin Praline Cheesecake with praline sauce or Bread pudding with fresh berries and spiced crème anglaise. A limited menu of other dishes is also available during Thanksgiving Day from 11 a.m-8 p.m.

The following week, Broussard’s serves a Réveillon dinner nightly December 1-30. Réveillon dinners originated from French Catholics in New Orleans who would prepare an exorbitant feast with rich egg dishes, meats and sweets, spirits and liqueurs for the family following New Years Eve midnight mass. The family would walk back home from the cathedral and drink and dine for hours during the early morning for the re-awakening — from the French word “réveillon”-- of the New Year.

This year’s $50 per person four course gem begins with a choice of Duck Rillettes or Artichoke & Leek Gratin. Next, guests are offered a Roasted Beet Salad or Parsnip & Onion Soup.

Special menus will be available on Christmas Eve and Christmas day and New Year’s Eve.

Dickie Brennan’s Steakhouse has always been one of the top places to dine in New Orleans’ epicurean center, the French Quarter. With four outstanding restaurants – Dickie’s Steakhouse, Tableau, Palace Café and Bourbon House, the Brennan Family Restaurants group always comes up with new and enticing ideas that are like the jewels in a crown.

For example, during football season, Bourbon House came up with a crowd-pleasing black and gold–New Orleans’ Saints colors(!)--caviar-topped oysters. He also began a Bourbon Society organization for Bourbon lovers with dinners and Bourbon makers.

Palace Café’s second floor opened up the Black Duck Bar, which makes and pours great drinks, with a specialty for rum.

Brennan’s latest gambit at his posh steakhouse is a revamp of a decadent showpiece that might pop up in old black-and-white movies with nightclub scenes: a cocktail cart steered by a “master-of-martinis” rolling over to diners’ tableside, making-and-shaking–or stirring–their chosen cocktails.

“Dining is so much more than food. It’s the entire experience,” said Brennan. “Our family has a history of elevating that experience–from jazz brunch to Bananas Foster. Tableside cocktails continue this tradition. New Orleans is special in that we hold tight to many of our culinary and hospitality traditions, and it will be fun to see the return of cocktail carts.”

Several new-ish martinis are offered. Since it’s football season and the New Orleans Saints are OUR team, there’s a “black and gold martini,” with Hendrick’s Gin, caviar stuffed olives and edible 24K gold leaf. Another special cocktail is the truffled martini with a cured Louisiana Wagyu garnish. With the cart, diners can participate more closely in their cocktail choices.

When it comes to cuisine, there are some delicious fall treats added to the Steakhouse menu: Foie Gras Biscuit, Seafood au Gratin, Bone Marrow Beef Pie, Beef Shank for two and Duo of Lamb. Thirsty and/or hungry, anyone?!

Originated from perhaps the most significant chef to ever make a roux, blacken a red fish, or create “the” Turducken, the late, legendary Paul Prudhomme put Cajun cuisine and culture on the U.S.A. map during the late ‘70s and all through the ‘80s.

His travels throughout the nation, TV food shows, cookbooks, pop-up eateries everywhere there was a gas stove made him one of the most notable, celebrated chefs of the time.

He also opened the quintessential Cajun/Creole restaurant, K-Paul’s Louisiana Kitchen, which is now in the good hands of the next generation: Paul’s niece, General Manager Brenda Prudhomme-Miller, and Brenda’s husband, K-Paul’s Executive Chef Paul Miller, who worked with Chef Prudhomme for many years.

The couple and the long-term personnel revere the traditions, history and hospitality that K-Paul’s is known for and the time-honored recipes he left behind. One very special creation is the Turducken, prepared and served to patrons only once a year–on Thanksgiving Eve, this year on Wednesday, November 21.

The Turducken requires de-boning first a chicken, second a duck, and third a turkey, except leaving in the drumsticks and wings. The de-boned chicken is inserted in the de-boned duck and then the two fowls are placed inside the turkey.

Three different dressings are prepared and lightly pressed into the cavities of each fowl. For the duck, andouille sausage dressing; for the chicken, a shrimp dressing; and the turkey, a cornmeal dressing. In addition, there’s sweet potato eggplant gravy served with the Turducken. After cooking, the Turducken is sliced crosswise to include portions of the three meats and the three dressings.

Everything on K-Paul’s menu is spectacular and duck aficionados will enjoy a special treat during the December holidays when Chef Miller offers his whole roast duck, stuffed with meat magic, onion, and duck fat. To prepare, the duck roasts 4 hours at 290°F, then the duck is cooled and de-boned.

The skin is taken off and pan-fried like cracklins and served on top of the de-boned duck. Rice and onion are cooked together with duck stock and roasted pecans with fig or pecan gravy on the side. GM Prudhomme-Miller suggests a Patz & Hall pinot noir as an accompaniment or a Cakebread cabernet sauvignon.

Effervescence Bubbles & Bite is perhaps the French Quarter’s most festive new place for food and drinks–especially Champagne and other sparkling wines. (Hence, the bubbles!) … And a distinctive cuisine served in small plates.

Owner Crystal Coco Hinds, a lifelong Champagne fan, always wanted to open a Champagne bar or restaurant, and with Effervescence, she has both!

The elegant venue renovated from its late 1800s origin, features a center bar, with seating around the walls in the large open room, a great place to observe the scene and possibly, BE the scene. The location also has several different rooms with attractive settings for smaller or larger parties. In addition, there’s a charming courtyard for outdoor seating and socializing with beverages, of course.

“It will be over the top,” Hinds gleefully remarked. “We’ll have a Champagne bar, chilled Russian vodka, caviar, live music and the works.”

The event has a pre-dinner party for guests that have other engagements later in the evening, but who want to pop in early. There will be pre-dinner drinks, appetizers and chef-inspired small plates until the dinnertime begins around 8-8:30 p.m.

“We will only have one dinner seating this year,” said Hinds, who noted that only 60 tickets would be sold to the event. Tickets and more information appears on Effervescence‘s website.

Hinds has already been revving up for the holiday season with a Christmas tree adorned with Champagne bottles posing as ornaments. “Plus, we have two working fireplaces,” she added.

In anticipation of the holiday season and in order to meet Hinds’ clientele requests, Effervescence has premiered a red sparkling wine flight. Signature fall cocktails, such as the bar’s amazing “Pom & Circumstance,” are also available during the season. In addition, “Big Wednesdays” feature magnums of Champagne, poured by the glass every week. Surely, every sparkling wine drinker knows that what flows from large format bottles are the most interesting and best tasting!

During Sundays, from 1 p.m.-8 p.m., guests can purchase a bottle of an array of Pétillant Naturel, or Pét-Nat, for short, for half-price. This spritzy sparkler dates back pre-Champagne to produce sparkling wine. ... Pét-Nat is produced in the méthode ancestral.

There’s always something festive and exciting at Effervescence!