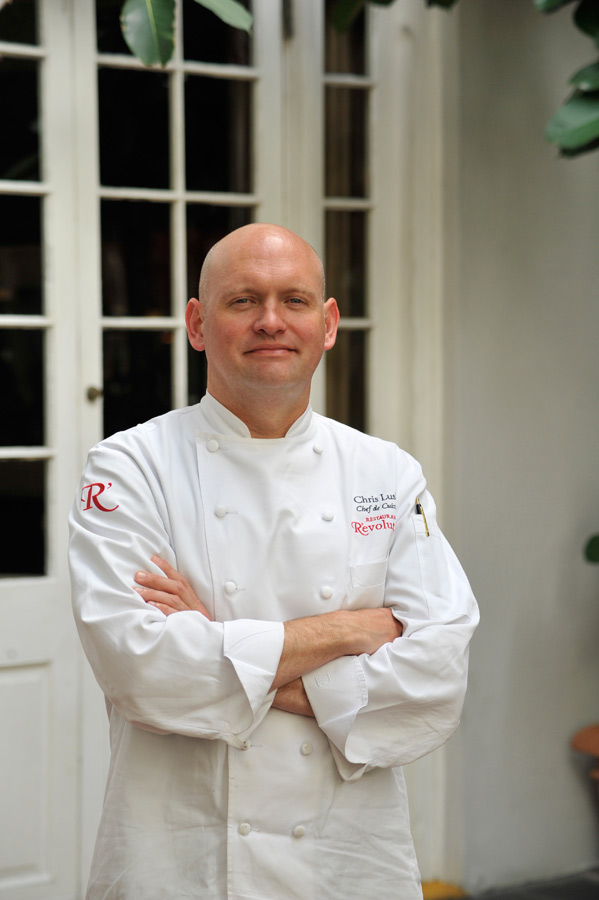 Chris Lusk's career has spanned an eclectic range of culinary experiences - from an externship in an Irish hotel and time as a sous chef cooking Tex" Mex under Stephen Pyles at Star Canyon in Dallas, to creating Asian cuisine in Florida and Italian under Mario Batali at Otto Enoteca in New York.

Yet Lusk, a Texas native, has earned his Louisiana cooking stripes, working with the renowned Brennan family at Foodie's Kitchen in Metairie and, most recently, at both Commander's Palace and Cafe Adelaide in New Orleans. Now, he joins the Restaurant R'evolution team as chef de cuisine under the tutelage of Chefs John Folse and Rick Tramanto. Chef Lusk's talent has earned him accolades both locally and nationally. In 2009, he was named one of Esquire magazine's "Four Breakout Chefs to Watch," as well as a "Chef to Watch" by Louisiana Cookin' magazine. In 2010, Lusk achieved top honors as the winner of the Louisiana Seafood Cook" Off, and in 2011, Chef Lusk was honored with an invitation to cook at the esteemed James Beard House, and was recognized again by Esquire magazine's John Mariani with a nod for "Best Dessert of 2011." With his new role at Restaurant R'evolution, Lusk's star continues to rise as he assists in introducing guests to an exciting new dining experience in the heart of New Orleans' French Quarter.