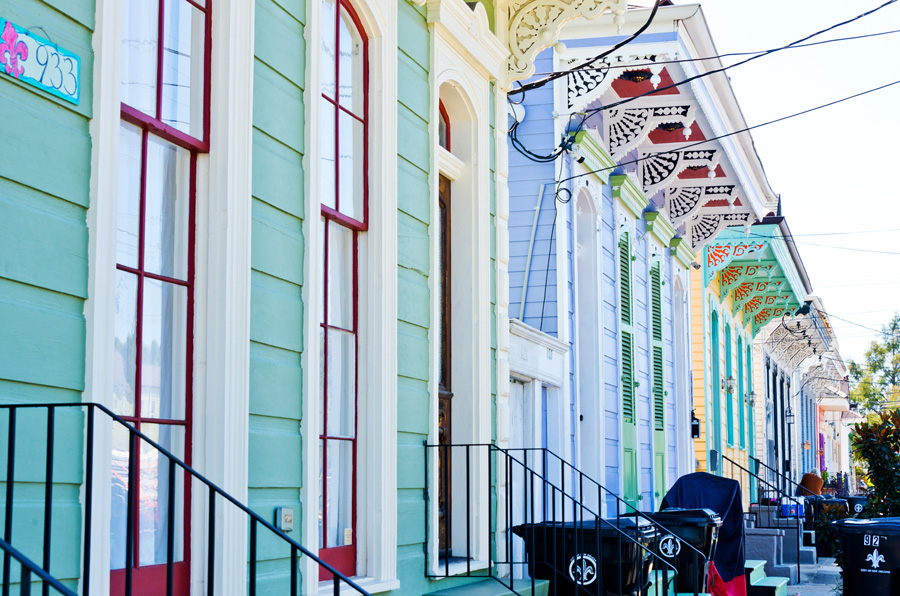 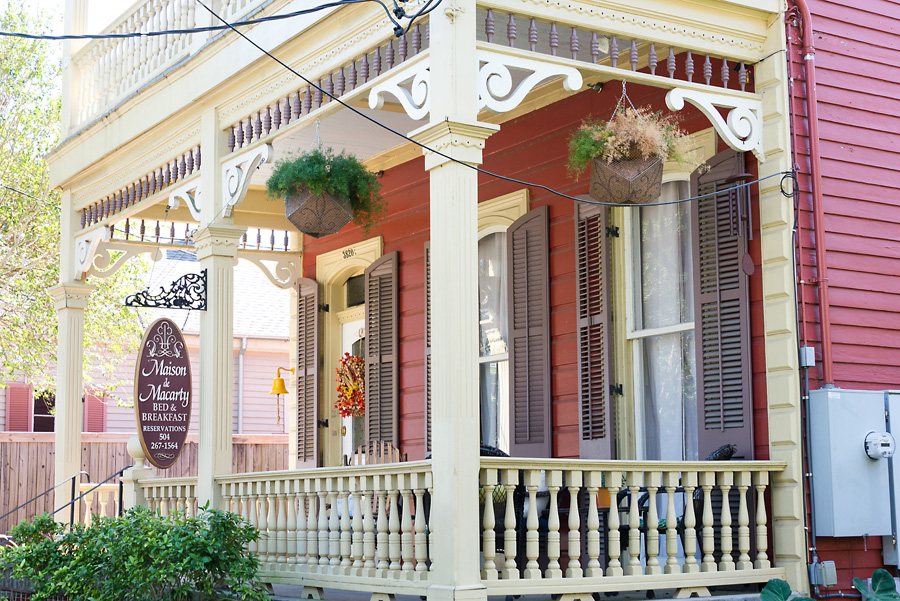 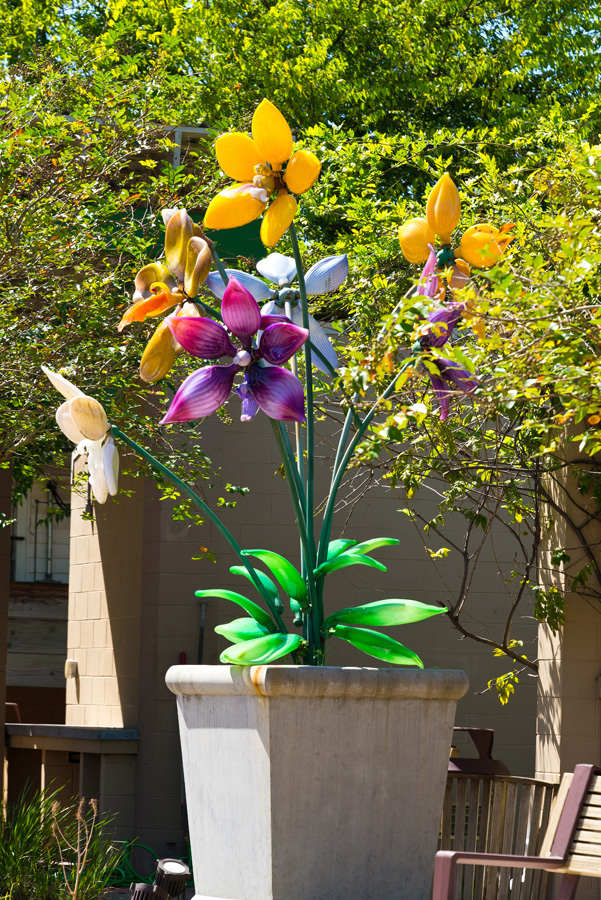 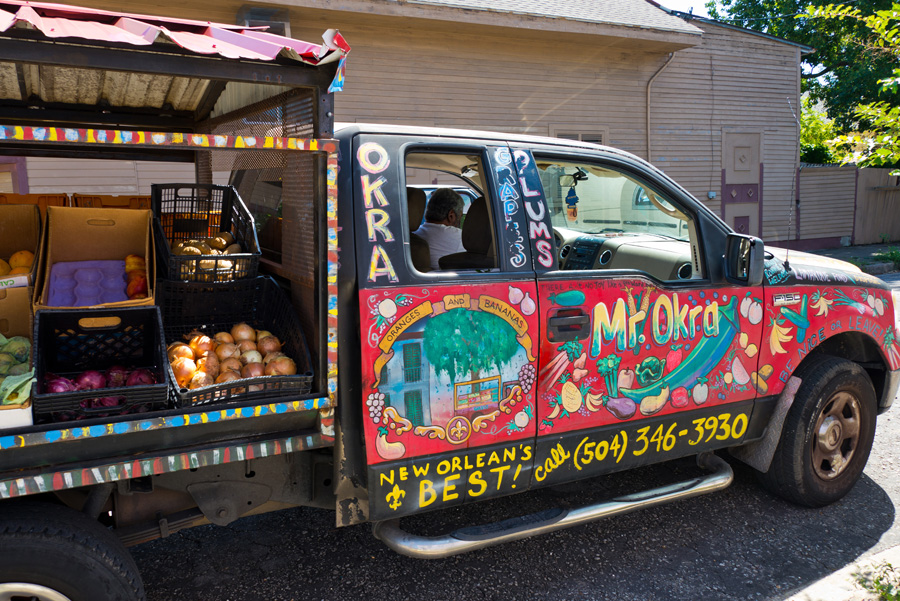 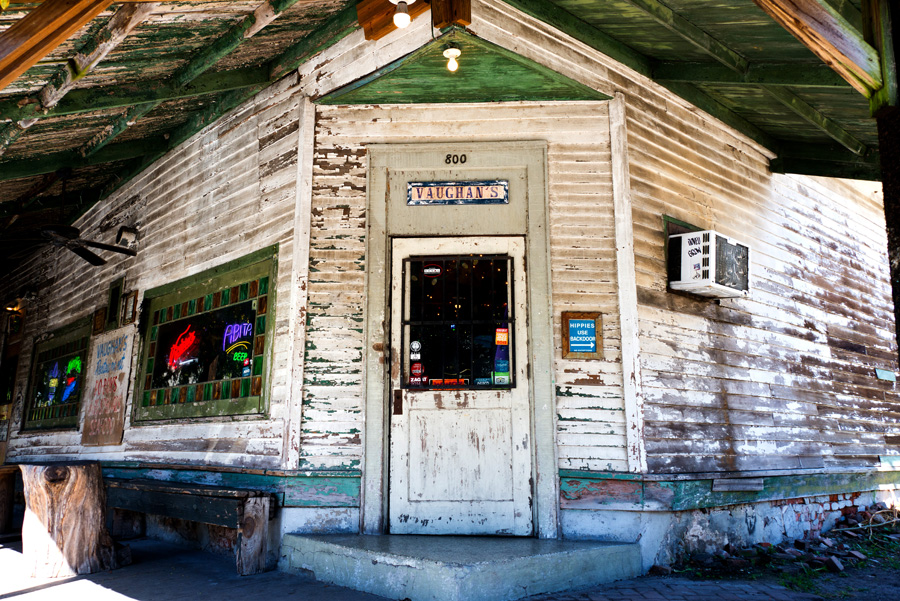 Growing up afraid of my shadow was beneficial in many ways. One way was that I never got to know the wrath of the nuns in my Catholic grade school; my fear for them came built in. That wasn’t as true for many of my classmates who, at one point in time, met the short end of a ruler, a paddle, a knuckle, or, the cold glare from the Habit.

Sister Mary André was the scariest; her reputation for being a no-nonsense drill sergeant lacking mercy and empathy preceded her. The older kids would warn us about her, and even the other sisters on campus seemed to look at the ground and scurry away when she approached. Her eminence emanated from a tiny frame of about 5’3” high. She might as well have been a giant.

You see, reputation really is everything. Anyone who doesn’t agree with that either has a good one, or none at all.

Take for example the tiny part of that “Sliver by the River” known as the Bywater. This NOLA hood is chock full of history and reputation. Even though it’s one of the smaller neighborhoods in the city, the Bywater has made a name for itself among locals and visitors with its traditions, ideology, adaptability, and uniqueness in an already unique city. Technically stretching from Press Street to the Industrial Canal, although locals will throw more streets into it than that, the Bywater welcomes you with its edgy sense of restlessness. Blink and you just might miss the “next big thing” happening in New Orleans. Recent developments along St. Claude Avenue have given birth to the St. Claude Arts District which encompasses over forty locations including galleries that feature anything from local art to performance and installation art. This newbie to the New Orleans art scene has been quickly rivaling the city’s Julia Street and Royal Street Art Districts. One reason in particular is the idea that in the Bywater you want to get it now because you never know when it will catch on and take off, literally. Less transient anchor locations along St. Claude Avenue, like The New Orleans Healing Center, help to transform the street’s reputation from a “not pleasant area of town” to “the spot” with the newest and most hip addresses. The Healing Center is a particular benefit to The Bywater given its mission to empower the individual and the community through holistic, safe, and sustainable services and programs. The Center focuses on the environment around it and has already begun to transform its own street corner into a Bywater destination.

The historical qualities of the Bywater still exist today in the arrangement of the homes, corner stores, and green spaces that still support the idea of an agrarian community within the city’s limits. The neighborhood’s first inhabitants melded together from several different walks life: free people of color, along with working class creoles, and those escaping oppression in Europe and Haiti. The close-knit dwellings reflect the modest means of most of its original residents, which is still very evident today. With many of the homes dating back to their original inhabitants, today’s residents have maintained facades influenced by the bright colors of the Caribbean, and strive to ensure that many of the businesses and free spaces also reflect the neighborhood’s roots. Construction styles with large windows allow for maximum air flow, even in tight spaces. Innovative urban planning (before there was such a thing) positioned homes and streets in the best manner to catch as much air movement as possible. These shotgun houses and Creole cottages dot the landscape and boost the reputation of this often-called adorable locale. For a real sense of the neighborhood’s agrarian origins, the Lombard House offers a glimpse into an early 19th century self-sustaining urban farm.

The close proximity of homes and businesses create another interesting and unique feature of the Bywater-- cars. While very few homes have parking, and you would be hard pressed to find a business parking lot, the Bywater has become known for the art of street parking. Cars line residential areas as well as businesses. The front of your house is as much your house as your kitchen. Tourists shower the internet and social media with photos of endless unintended windshields and license plates, making for a very odd, but unique calling card for this part of town. Another calling card in this neck of the woods is that it embraces graffiti, and celebrates its originality and style. Often times artists are commissioned to add to or redesign a tag.

That being said, the Bywater has been designated the most untouched neighborhood in New Orleans. Streets are still paved with the original bricks leading to paths, and green spaces are inhabited with tropical plants not found in any other part of the city. These tropical varieties not only survive here, but flourish and make up a major part of greenspace both new and old. Hibiscus and ginger grows like grass along with other not so common varieties, like angel trumpet plants (a NOLA favorite). The floral delights of the Bougainvillea and Tibouchina, with their beautiful magenta and purple flowers, can be seen growing in the cracks of the sidewalks on virtually any street corner.

The Bywater isn’t just a fantastic show during day light hours. Like the many other neighborhoods in New Orleans, the Bywater really comes alive at night and its reputation always delivers. Many of its hot spots have been hot for a long, long time. The Saturn Bar at 3067 St. Claude Avenue has kept the Bywater scene hoping for over forty years. Enter the world of eccentricity, where the patrons and management pay homage to the late bar owner’s need to clutter. This bar is a hoarder’s paradise, and a music lover’s haven. Weekly, the bar has either traveling bands or local bands that feature everything from garage punk to rhythm and blues. The Saturn Bar is credited with being the first punk bar in city. Farther into the Bywater, Vaughan's Lounge hides temporarily inside a residential section of the neighborhood until the music starts. The long-standing tradition of Kermit Ruffin’s Thursday night shows ended in 2013 giving way to an open door of talent, mostly local, that floods the stage. Located in what locals call the “Bar-muda Triangle,” Vaughan's is the biggest name in the four-block radius that includes BJ’s Lounge and Bacchanal Fine Wine & Spirits. Saints game-days are as important as the music venues here; at this location, bar patrons contribute to and enjoy a pot luck party and indulge in Saint’s fandom on wide screen TVs.

You can’t visit the Bywater and not compare it to what you have heard and seen from others. You can’t help but compare your time to their stories, their adventures, and the good times they passed in this “Sliver by the River”. In the end, you will share your stories, your good times, and your pictures. With that I ask you, isn’t that how good reputations are made?