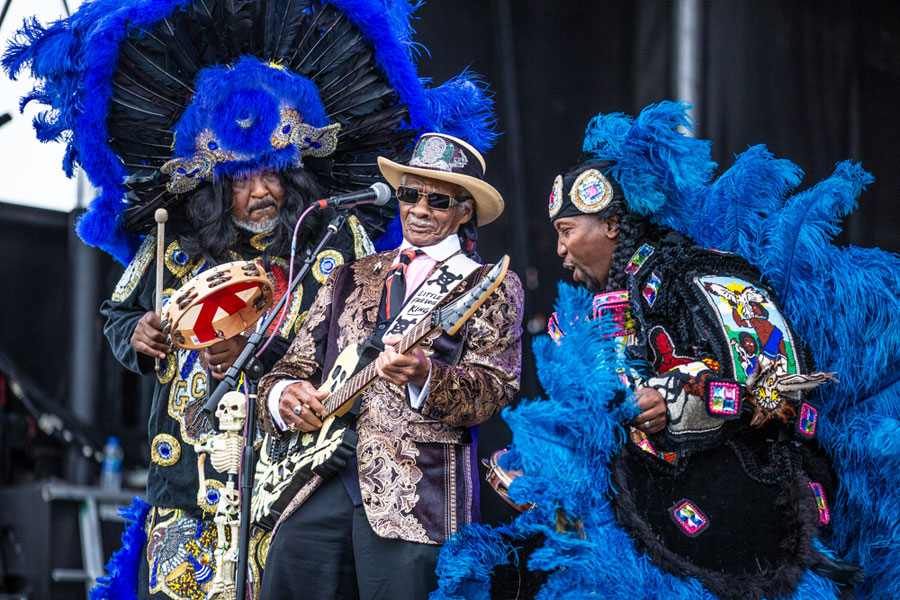 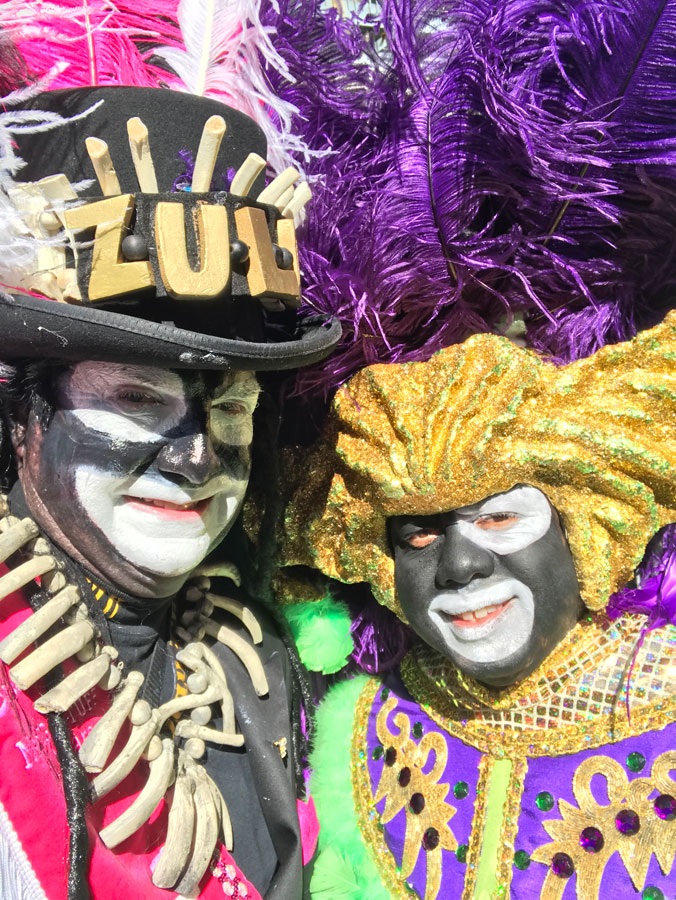 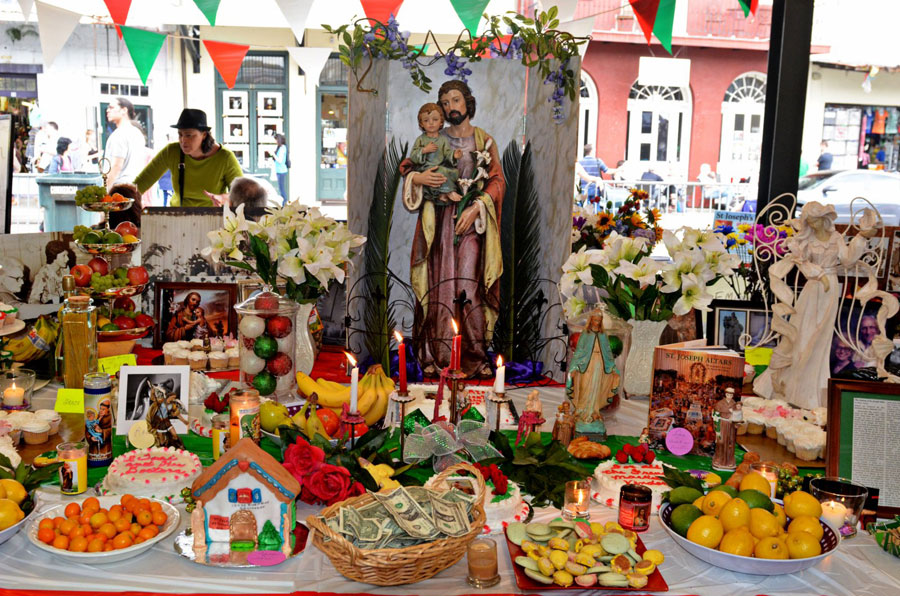 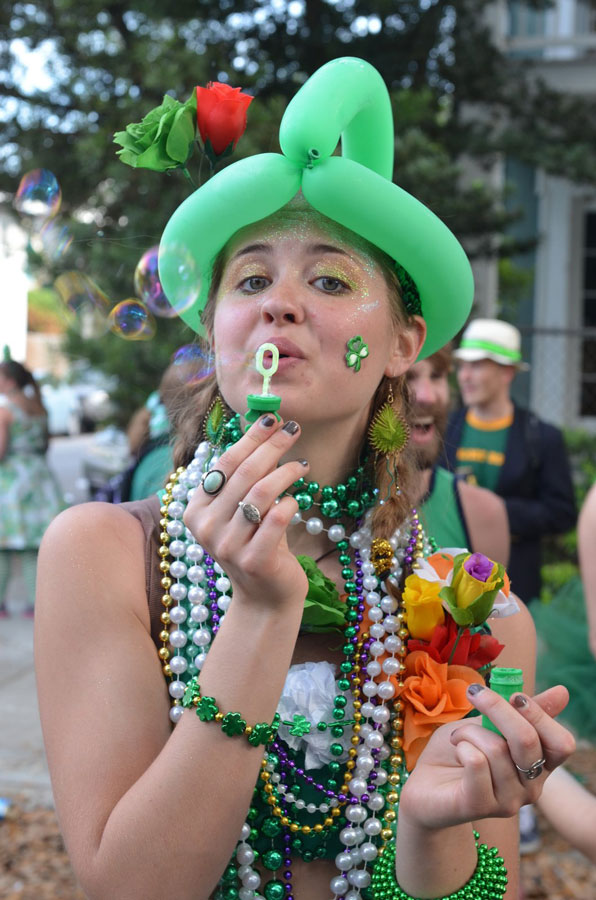 The Greatest Free Show on Earth, otherwise known as Mardi Gras, will be celebrated this year on Tuesday, February 25th. The biggest free party thrown in North America always falls 46 days before Easter and is the city's most popular attraction. Visitors and locals alike love the party atmosphere, jovial crowds, and costumed revelers.

The first Mardi Gras parade rolled on February 24, 1857 with the Mistick Krewe of Comus, Carnival’s first secret society. Comus coined the term “krewe” and was the first to choose a mythological namesake, to present a themed parade, and to follow it with a tableaux ball. For 117 years, nearly every parade rolled through the French Quarter. While the large motorized floats of the big parades have been prohibited since 1973 from going down the Quarter's narrow streets due to size and safety restrictions, a short jaunt to Canal Street takes you to see the big parades of the grandest krewes.

Mardi Gras parades are organized by Carnival krewes that begin parading at least two weeks before Fat Tuesday. The float riders toss throws to the crowd who often yell, “Throw me something, Mister!” The most common throws are colorful plastic beads, aluminum or wooden doubloons pressed with krewe logos, plastic cups, and small toys. Major krewes follow the same parade schedule and route each year, mostly along St. Charles Avenue and Canal Street. The traditional colors of Mardi Gras are purple for justice, green for faith, and gold for power. Rex, the King of Carnival, selected these three colors for their first parade in 1872, and they continue to symbolize Mardi Gras today.

For something entirely different, check out some of the alternative parades that travel on foot through the French Quarter, with floats that are human or mule drawn. Throws are often handmade and recycled. More personal and intimate in scale, these parades allow a face-to-face interaction between revelers and spectators. On February 7, Boheme is a women’s krewe headed by the Supreme Green Fairy. Krewe du Vieux on February 8 features bawdy and irreverent satire of local culture and politics. The 2020 edition takes on the upcoming national election and is definitely not for children! It is followed by Krewe Delusion with hand-operated floats and handmade recycled throws. The Krewe of Lafcadio parade on February 22 honors the local culinary industry and is ruled by a top local chef. The parade is named after Lafcadio Hearn, who lived in New Orleans from 1877 to 1888 and wrote books about local food and culture.

Friday night, February 21, features the large Krewe of Hermes and satirical Krewe D’Etat parades, ending with one of the most beautiful and premier parades, the Krewe of Morpheus, named for the Greek God of Dreams, which seeks to give onlookers a vintage parade experience. The 20th annual parade of the Krewe of Morpheus will roll with a 24-float procession entitled, “Morpheus Dreams of Aquatic Adventures.”

On Sunday, February 23, the Krewe of Bacchus--the God of wine--will parade; this Super Krewe is a highlight of the Carnival season. Its floats are bigger and more spectacular than most, and they always have a national celebrity as king leading their parade. With 32 animated floats, the Krewe of Bacchus is revered as one the most spectacular krewes in Carnival history. Signature floats, such as the Bacchagator, a 105-foot three-piece float that accommodates 86 riders, are among the most striking and eye-catching. This year’s theme is “Bacchus’ Wild, Wild West,” and floats will include Buffalo Bill, Annie Oakley, and Sheriffs and Outlaws.

On Lundi Gras, February 24, the Zulu Lundi Gras Festival is a fun-filled day allowing locals and visitors to get a close-up look at the characters who will parade down St. Charles Avenue and Canal Street on Fat Tuesday. The festival is free and the Zulu Social Aid and Pleasure Club welcome all to enjoy an exciting day of food, music, arts, and crafts along the beautiful riverfront of Woldenberg Park from 10 am to 6:30 pm. The festival features local, world renowned, and Grammy Award winning entertainers performing Cajun and brass band genres on three stages. The Zulu King and Queen will arrive at 5pm. Later that evening, the Krewe of Orpheus will stun revelers with one of the most eagerly anticipated parades of the season. It was founded by our local singer, Harry Connick, Jr., and is inspired by music. Orpheus flaunts signature floats such as Leviathan, a smoke-breathing sea monster, and Smokey Mary, a multi-float locomotive with train cars. This year, “Beastly Kingdoms of Orpheus” is the theme of the 38-float parade.

Finally, the long-awaited Fat Tuesday arrives on February 25! Be ready for a fun-filled day of Bacchanalian revelry! Don a costume to become a part of the party rather than just a spectator! One of the first marching krewes you will see coming down Canal Street and rolling into the French Quarter around 9am is Pete Fountain’s Half-Fast Marching Club, founded in 1961. After a brief interlude on Canal Street, the club enters Bourbon Street and wanders through the French Quarter, eventually ending at the Riverfront Hilton in the early afternoon. Later, at 11 am in front of St. Louis Cathedral, the Krewe of Elvis (KOE) is one of a handful of krewes that have been issued a city permit to stage a parade in the French Quarter on Fat Tuesday.

Mondo Kayo Social and Marching Club triumphantly dances down Canal Street with the color and joy of Caribbean Carnival, on to Jackson Square then Frenchmen Street where they dance and play until dark. For a walk on the wilder side, the Bourbon Street Costume Contest on the corner of St. Ann unfolds in all its decadent glory at noon. Not for tender eyes nor the faint of heart, there will be lots of fabulous feathers, leather, mile-high headpieces, and gender-bending.

The old-line krewes of Zulu and Rex will stage high-quality, all-original parades down St. Charles Avenue to Canal Street, as they have every Fat Tuesday since the mid-19th century. The most anticipated catch of the season is the treasured handmade Zulu coconut that are handed out gently to those close by for safety reasons! Louis Armstrong ruled Zulu in 1949. Rex, the oldest parading Carnival organization, uses traditional materials and rebuild their floats on old wagon chassis with wooden-spoke wheels. Rex will present its 138th parade themed “Omens and Auguries,” beautifully portraying the world of prophets and oracles.

If you are lucky enough to be in the French Quarter for Valentine’s Day or just want a nice evening out with your sweetie, a romantic little oasis is Patrick’s Bar Vin where you and your sweetheart can enjoy a little alcove or lush patio and feel like you've been transported to wine country. Treat yourselves to the cheese platter to set off the wine. Named a top ten wine bar in the US, it is managed by New Orleans’ own bon vivant, Patrick Van Hoorebeek. You will discover the warm and relaxed yet elegant gathering place full of locals and wine enthusiasts from around the world. 20% off on all bottles of champagne on Valentine’s Day! 730 Bienville St, 504-200-3180.

Just when your head stops spinning from Mardi Gras and Valentine’s Day, don some green clothing and claim to be Irish because St. Patrick's Day is celebrated on March 17 in the French Quarter in the form of more parades! Men in walking groups from Irish marching clubs in the city dress in tuxedoes, kilts, and costumes of green to give out flowers and beads, drink green beer or Guinness Stout, and kiss lucky parade goers along the route, all to the tune of traditional Irish music performed by bagpipers and drummers. The parade float riders’ most famous throws are cabbages, carrots, onions, and potatoes--everything needed for a hearty Irish Stew!

On Friday, March 13, Molly's at the Market Irish parade rolls at 6 pm from 1107 Decatur Street. Arrive early and imbibe in an Irish Coffee, a Guinness or a Harp Irish beer, and mingle with the many kissing tuxedoed marching groups and riders in horse-drawn carriages. 1107 Decatur St, 504-525-5169.

On Tuesday, March 17, the Downtown Irish Club Parade begins in the nearby Bywater neighborhood at 6 pm, and proceeds up Royal to Decatur, then up Bienville to Bourbon. The parade makes several French Quarter pit stops on its way, so be patient and hang out at Tujague’s at 823 Decatur Street. Order a green beer or an Irish Car Bomb cocktail and enjoy the camaraderie and let them stroll to you!

Pace yourself because the next Saturday, March 21, the 48th annual Italian-American St. Joseph's Parade begins to float down Royal and Chartres Streets at 6 pm. Though it includes sixteen floats, marching bands, and a whole lot of guys with puckered lips dressed in tuxedos, only the marchers and bands are allowed to venture deep into the French Quarter. Ryan’s Irish Pub at 241 Decatur Street is a sure pit stop so relax with a Jameson Irish Whiskey or a Sazerac, the official cocktail of New Orleans since the middle of the 19th century, and let the party roll in.

Just when you catch your breath from all the street parties and parades and get your beads packed away, it’s festival season! The 37th annual French Quarter Festival, April 16- 19, is the largest free music festival in the United States. More than twenty stages throughout the French Quarter celebrate local music and represent every genre from traditional and contemporary jazz to R&B, New Orleans funk, brass bands, folk, gospel, Latin, Zydeco, classical, cabaret, and international music, as well as a music stage for children and dance lessons. Our best restaurants create The World’s Largest Jazz Brunch with vendor stations in Jackson Square, the Louisiana State Museum’s Old U.S. Mint, JAX Brewery on Decatur Street, and Woldenberg Riverfront Park. French Quarter Festival has been consistently voted “favorite festival,” “favorite food festival,” and “favorite event open to the public” by locals.

There’s never a dull moment as we live to celebrate life and our cultural heritage. Join our street parades, block parties, and festivals here in the French Quarter! So, Laissez les bon temps rouler!, which is our Cajun expression meaning, "Let the good times roll!" It strongly conveys our joie de vivre or "joy of living" attitude that pervades all who come to revel in the magical and celebratory festivities of the Vieux Carre!