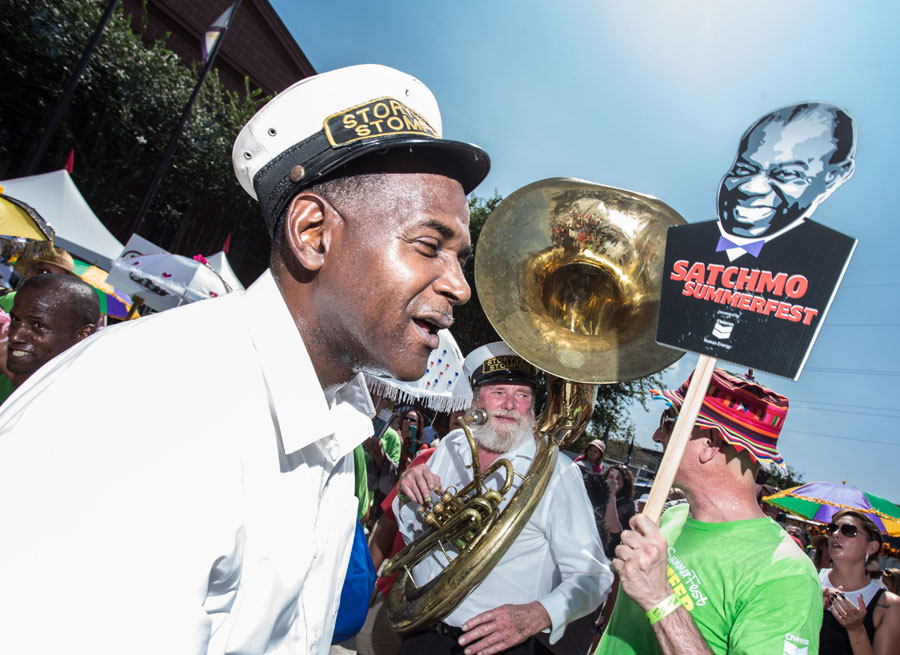 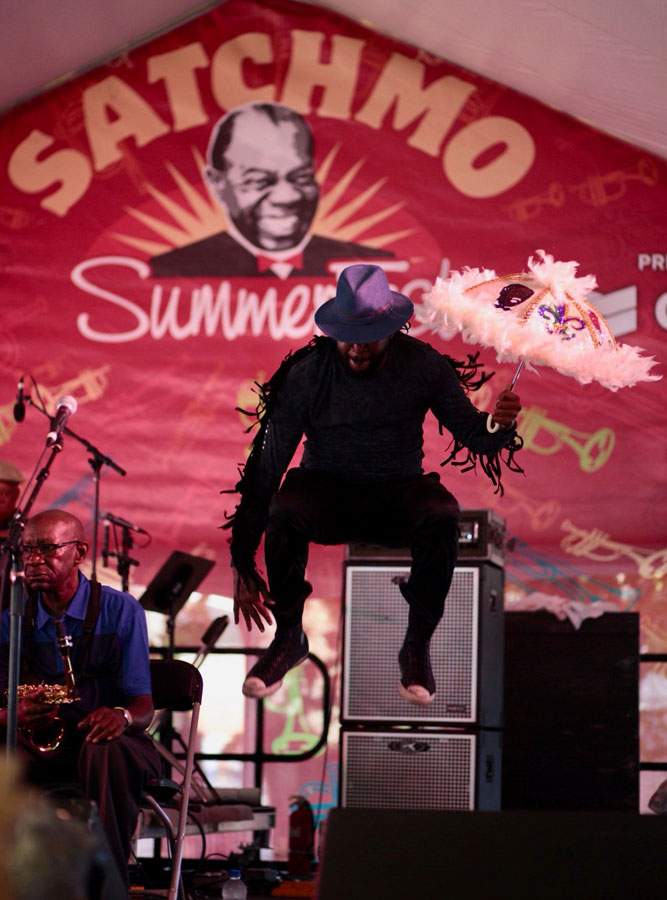 On the Hilton Satchmo Legacy stage, world-renowned Satchmo scholars and historians will present on a wide range of fascinating topics surrounding all things Louis Armstrong. Dive deep into the life and legacy of “Satchmo,” and learn how his craft continues to reverberate today. The Satchmo Symposium features three days of presentations and discussions with internationally-respected Satchmo scholars and musicians.

In addition to music and food, festival goers can enjoy a full slate of family friendly activities. Inside the museum, the Pops Playhouse for kids will feature cool and fun activities including Zulu coconut decorating, second line umbrella decoration, drum making with recycled materials, and instrument making where children can create their own red bean “Satchmo” shakers.

On Sunday, August 4th, the Saints will go marching in to Jazz Mass at the oldest African-American church in New Orleans, St. Augustine Catholic church in Tremé. Mass is followed by the Satchmo Salute second line, a showcase of New Orleans most beloved indigenous groups: Social Aid and Pleasure Clubs, Baby Dolls, and Mardi Gras Indians. The traditional second line parade will lead back to the festival site. Other special events include the kickoff party from 7 to 9pm on August 1st at the historic Omni Royal Orleans Hotel, the official hotel of Satchmo Summer Fest, and a Trumpet Tribute to close the festival featuring our best trumpet players.

While you are at the Mint, dip inside to see the exhibits at The New Orleans Jazz Museum while you enjoy the invigorating air-conditioning! Purpose and Passion: Photography by Eric Waters proves that New Orleans street culture has significant historical value worthy of documentation. “A cultural quilt is what I want to create, a visual quilt of images that will meld all of the African-retentive cultures of New Orleans,” says Waters. “I strive to be a memory keeper who bears witness to a culture steeped in African-American mores, to give vision, awareness, and respect to its people.” His vibrant and energetic scenes of second lines and Mardi Gras Indians are quite remarkable. Another exhibition, The Wildest: Louis Prima Comes Home features trumpeter, singer, songwriter, and performer Louis Prima’s swinging persona. Drumsville! Evolution of the New Orleans Beat explores the development of the drum kit in New Orleans and the ongoing evolution of rich local drumming traditions. Follow the path of Professor Longhair from his birth in 1918 to his life in New Orleans to his lasting influence on rhythm and blues, Carnival, the Mardi Gras Indians, and the entire essence of the Crescent City in Me Got Fiyo: The Professor Longhair Centennial. These and many more delightful exhibits await you at the New Orleans Jazz Museum, 400 Esplanade Avenue, 504.568.6993.