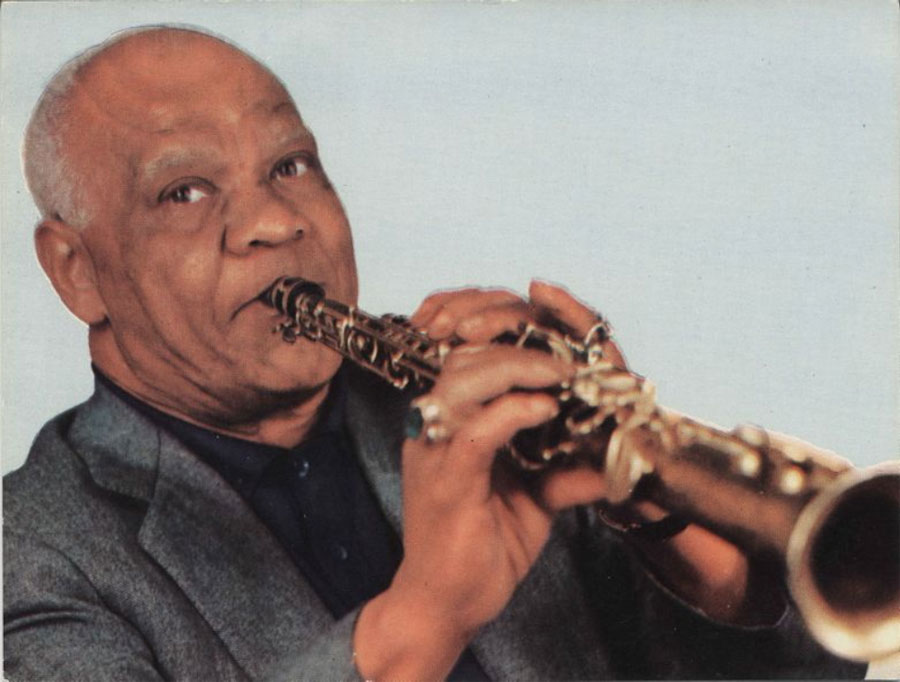 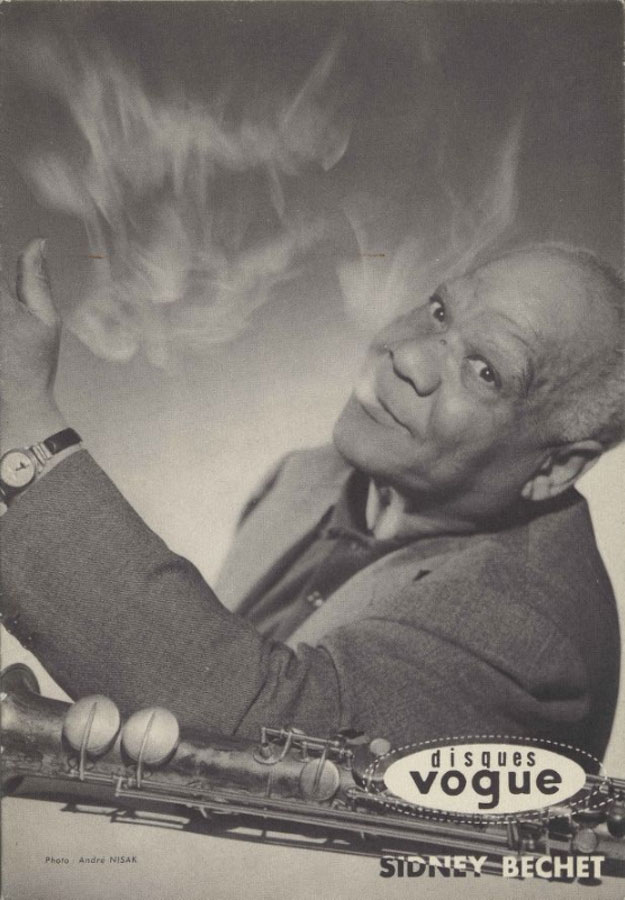 The soprano saxophone of jazz pioneer Sidney Bechet can be found in the New Orleans Jazz Museum along with many photos and recordings of the undisputed King of the soprano sax. Best known for his throbbing vibrato and piercing rhythmic attack, he infused his playing with the essence of New Orleans and is also one of the most innovative clarinetists in jazz.

Bechet was born on May 14, 1897 into a New Orleans Creole family during a period in New Orleans musical history when all the critical ingredients were coming together to create what would later be called jazz. He quickly became consumed with playing a clarinet and became a child prodigy by the age of 13, touring the South and playing in King Oliver’s band and later with popular bands in Storyville’s red-light district. Even as a boy, Sidney's fiery determination challenged authority and disheartened his parents who wanted Sidney to learn a respectable trade like masonry, shoe making, or carpentry, as was the custom in most Creole households. He seemed to grow from a boy to a man overnight, and in doing so began to establish himself as a brilliant soloist with a fondness for the night life and all its trappings. In the early 1920s, he discovered the soprano saxophone, an instrument rarely played in jazz at that time. He mastered this difficult instrument and gave it a prominent place in jazz as a solo instrument. Bechet has left a profound mark on the way the clarinet and the soprano saxophone are played today in jazz. He has influenced countless musicians and was a great improviser with a passion for life as well as music.

Bechet worked with his own group as well as Duke Ellington and Louis Armstrong. However unlike Armstrong, whom he had known growing up in New Orleans, Bechet never achieved great popularity in America. It was in Europe that he achieved his greatest success and where he eventually made his home, but he never forgot the New Orleans tradition that nurtured and inspired him. He spent extended amounts of time performing and living in Europe, eventually rising to hero status in France. Parisians were especially enthralled with his passionate and sentimental playing and found his New Orleans Creole accent charming. To Bechet, "jazz wasn't spirituals or blues or ragtime, but everything all at once, each one putting something over on the other.” He played a huge role in the development of jazz music from 1920 until his death in 1959. He was often referred to as an instrumental peer to Louis Armstrong and considered among the four most influential jazz musicians during the music's first fifty years along with Buddy Bolden, Armstrong and Jelly Roll Morton. Bechet possessed the ability to call upon spirits of his enslaved ancestors who danced in New Orleans' Congo Square or appeal to the most courtly of opera fans with dazzling technique and range. His signature sound resonates in classic recordings of "Summertime," "St. Louis Blues," or his famous composition, "Petit Fleur.” Finding an individual voice on an instrument in a way that is emotionally expressive is the standard to which jazz musicians are judged. The greatest musicians of all can play just a few notes and be immediately recognized. Few musicians ever displayed this individualistic quality like Sidney Bechet. His trademark sound allowed him to cut through everyone else on the bandstand.

In 1949, the Paris International Jazz Festival brought together mega stars Sidney Bechet, Louis Armstrong and Charlie Parker. Bechet died in Paris, France, on his 62nd birthday, May 14, 1959. If you would like to learn more about the legendary jazz pioneer Sidney Bechet, check out the New Orleans Jazz Museum located within the 1935 Greek Revival Old United States Mint at 400 Esplanade Avenue from 10am to 4:30pm Tuesday through Sunday in the French Quarter. For details and information on upcoming performances, visit www.nolajazzmuseum.org.