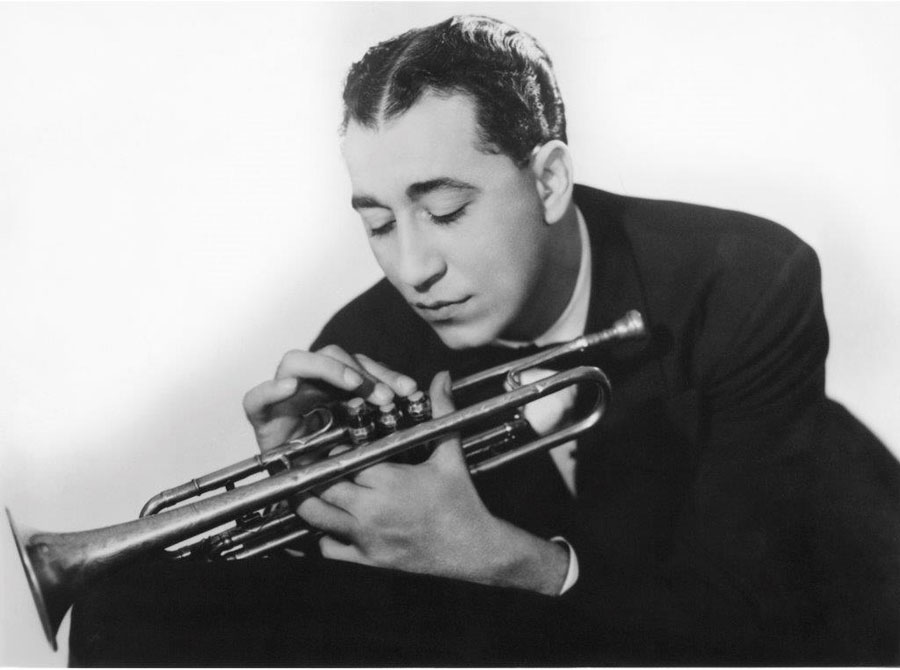 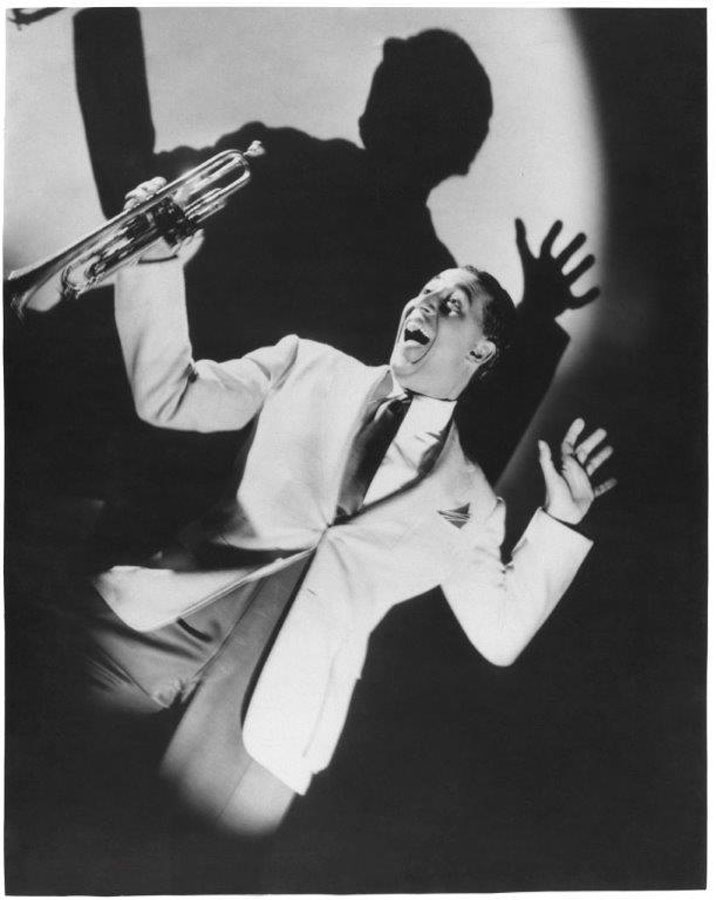 A tireless showman and a talented trumpeter, singer, songwriter and performer, Louis Prima swang his way to icon status thanks to his irresistible, infectious sound that appealed to several generations. In the Louis Prima exhibit opening on May 1st at the New Orleans Jazz Museum, visitors will find an assortment of artifacts including his Grammy for best vocal performance in 1958 for “That Old Black Magic,” his trumpet, and a couple of his suits which are almost as loud as his personality. Louis Prima was one of the best, wildest, and most beloved of New Orleans musicians and entertainers, and this exhibit will leave no doubt as to why and how he became that way.”

Prima was born in the French Quarter in 1911 to an Italian family. By 17, he was playing trumpet professionally at a New Orleans theater, influenced chiefly by Louis Armstrong and King Oliver. He moved to New York in 1934 at the urging of star bandleader, Guy Lombardo, who was impressed with his trumpet playing. Initially struggling to find work, Prima formed a Dixieland band called The New Orleans Gang and landed a regular gig at a 52nd Street club known as The Famous Door. The band was a hit, adopting "Way Down Yonder in New Orleans" as their signature song.

Prima's distinctive sound encompassed New Orleans jazz, boogie-woogie, jump blues, R&B, Italian folk music, and early rock & roll. Prima composed original material, and in 1937 he completed a song called "Sing, Sing, Sing." Benny Goodman recorded an instrumental version and had a huge smash with it the following year, spotlighting it in his legendary Carnegie Hall appearance. It remains one of the most readily identifiable melodies of the swing era. Prima also penned “A Sunday Kind of Love" for Ella Fitzgerald but saved "Jump Jive an’ Wail" for his own band. Long after “Just a Gigolo"/"I Ain't Got Nobody" was recorded in 1957, he was considered to be one of the founding fathers of rock 'n roll even though his music transcended many genres and generations.

Following World War II, Prima’s band took off, landing hits with novelty numbers that often drew upon his Italian background and accent. The first was 1944's "Angelina," a major success that paved the way for titles like "Felicia No Capicia," "Baciagaloop (Makes Love on the Stoop)," "Please No Squeeza Da Banana," and "Josephina, Please No Leana on the Bell." Prima's impact on popular culture was significant; his pronounced ethnicity made it safe for other Italian-American singers to acknowledge their roots.

By late 1954, Prima was finding bookings harder to come by. He talked a friend into booking him for an extended stay at the Sahara Hotel in Las Vegas. While passing through New Orleans, he recruited local high energy tenor saxophonist, Sam Butera, as a collaborator. Along with musicians from Butera’s band, the new group debuted at the Sahara and were dubbed The Witnesses. Their act quickly became a sensation in Las Vegas, and their engagement turned into a residency billed as "The Wildest Show in Vegas," which ran up to five times a night. Prima always had a female vocalist and his most famous, Keely Smith, the woman who had earned the title of his fourth wife in 1953 after they recorded the classic “That Old Black Magic.” Prima and Smith's comic banter was riddled with sexual innuendo, and they sometimes rewrote the lyrics to popular standards in the same spirit. Even if the music was aimed at older listeners, it shared a great deal of the spirit of early rock & roll.

In 1956, Prima inked a new deal with Capitol, which marked the beginning of the most celebrated and influential period of his recording career. His first album for the label was The Wildest!, which successfully translated the high energy of his live act into a studio recording. It featured many of his best-known songs, including the "Just a Gigolo / I Ain't Got Nobody" medley, "Jump, Jive an' Wail," "Buona Sera," "Oh Marie," and the jive-talking duet "The Lip." Over the next few years, Capitol issued six more Prima albums. Prima and Smith appeared frequently on variety shows including The Ed Sullivan Show, and in 1958 they won a Grammy for their hit version of "That Old Black Magic." In 1959, they appeared in the film, Hey Boy! Hey Girl!, which featured their renditions of the beguiling title song, "Lazy River," and "Banana Split for My Baby," among others.

Prima continued to perform in Las Vegas with The Witnesses and toured successfully as well. In 1967, Disney tapped Prima to voice the character of King Louie, ruler of the orangutans, in its animated adaptation of The Jungle Book. The swinging "I Wanna Be Like You," ranks among the best-loved Disney songs of its era.

In the early 1970s, Prima and Butera returned home to New Orleans where they made a steady living playing in the French Quarter for the tourist crowd. Prima died in 1978, but his music continues as some of the best jazz and swing music ever recorded. Prima was a performer who pulled out all the stops, giving you your money's worth, then rifling through his bag of genre-jumping musical tricks to give you more.

On opening night for the exhibit, May 1, 2019 at 6:30pm, catch a special performance by Lena Prima who has the panache of her father! Her new album, Prima La Famiglia, debuted at #10 on the Billboard Jazz Chart. Through her songs, with a voice that conveys a lush sensuality tinged with sadness, Lena Prima continues to promote her Italian American heritage through her nonprofit organization, CIAO Women!, and of course, she proudly continues the great Prima musical legacy.