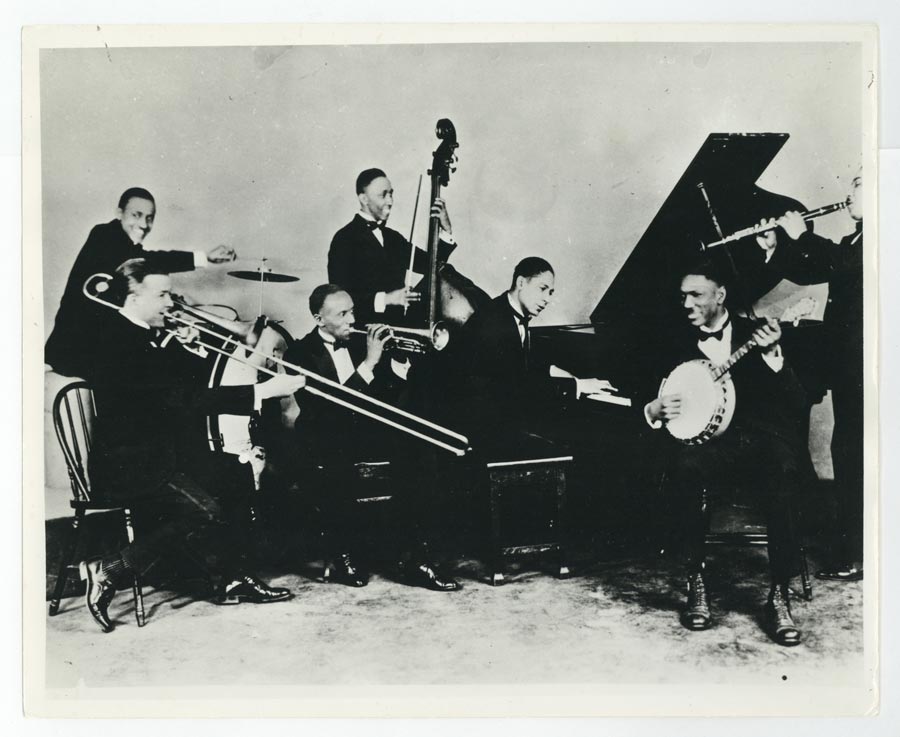 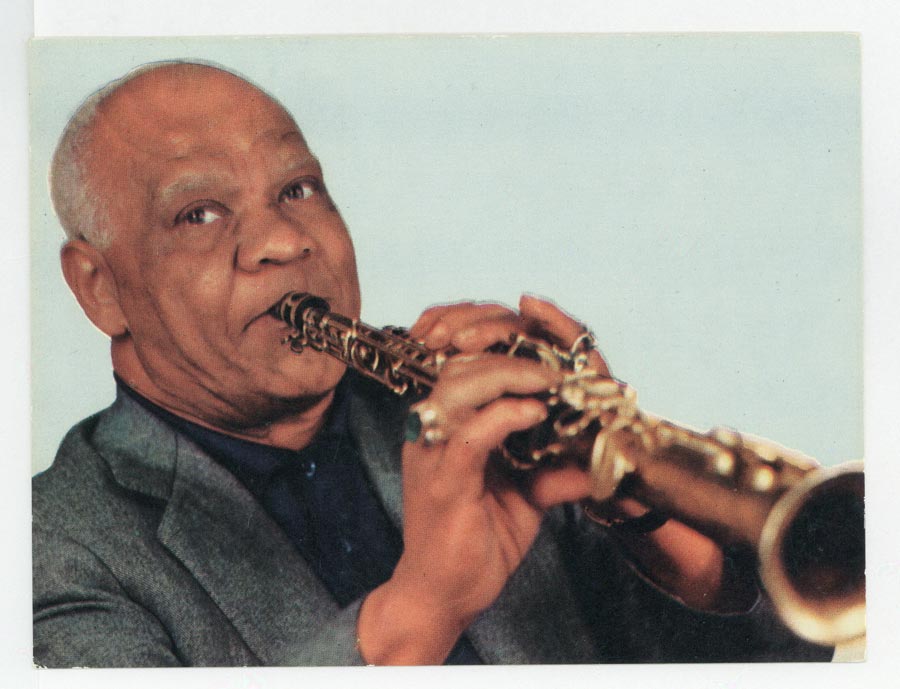 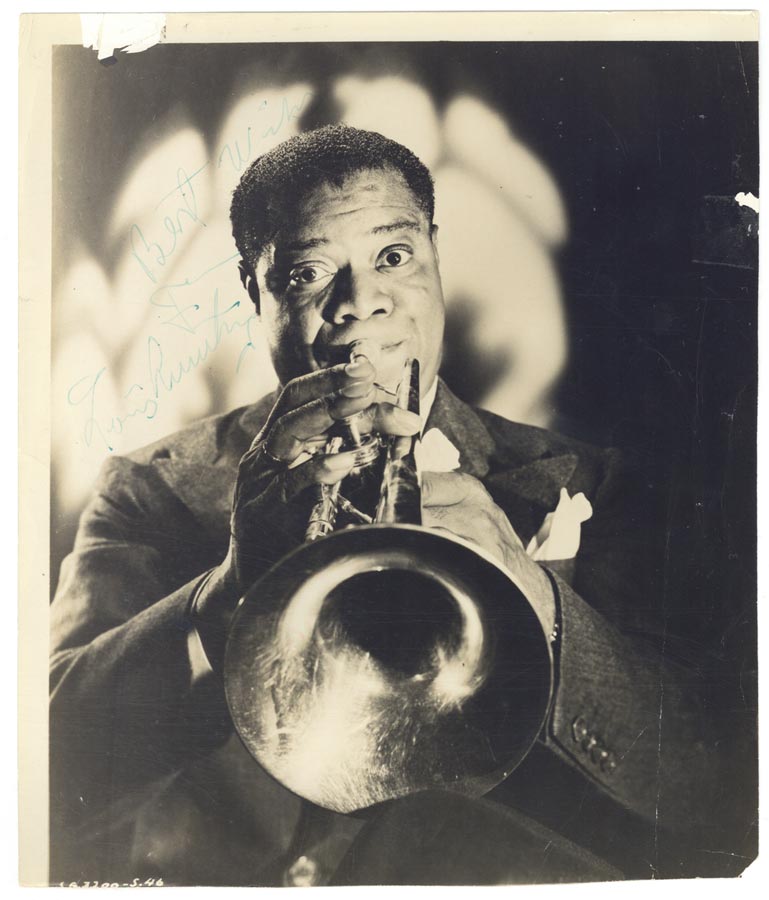 George Gershwin said, "Jazz I regard as an American folk music; not the only one but a very powerful one which is probably in the blood and feeling of the American people more than any other style."

Jazz is truly a mélange, a mixture of various cultures and genres, just as New Orleans and a good gumbo are a well-balanced mixture. Jazz is a potpourri of many musical styles and ensembles including the brass marching band, the string and ragtime bands, both classical and popular musical, and traditional blues, work songs, and spirituals. The multiplicity of ethnic, cultural, and musical conditions needed to spawn jazz combines improvisation, syncopation, blues scale, call and response, rhythm, tone color, harmony, and interpretation. Definitions of jazz are as varied as those who play or listen to it, but they always include improvisation of personal expression in syncopated rhythm. Jazz is simply one human being communicating musically to another. To fully understand jazz, one must experience live music. Who invented jazz? New Orleans did!

New Orleans' unique history and Old World culture helps us understand the complex circumstances that led to the development of jazz. The Creole culture was Catholic and French-speaking rather than Protestant and English-speaking. A liberal outlook on life prevailed with an appreciation of good food, wine, music, and dancing. After the Louisiana Purchase, English-speaking Anglo- and African-Americans flooded into New Orleans. By the end of the 1700s, people of African descent made up over half the city's population. The influx of black Americans, first as slaves and later as free people, brought the blues, spirituals, and rural dances to New Orleans. The African dance and drumming tradition had a significant influence on the origins of jazz and by the mid-18th century, slaves celebrated and danced on Sundays in an area known as Congo Square.

During the 19th century, many German, Italian, and Irish immigrants came. This rich mix of immigrants and cultures was unique in the South, resulting in considerable cultural interaction. The "Creole" community of mixed African and European blood and were often well-educated in trades or skilled musicians.

Thus, New Orleans' unusual history set the stage for development and evolution of many distinctive traditions such as festivals, food, and music. Each ethnic group contributed to the active musical environment in the city and to the development of early jazz.

Music was also impacted by the popular musical forms of the Civil War. Brass marching bands were the rage in the late 1880s. There was also a growing national interest in syncopated musical styles influenced by African-American traditions, such as cakewalks and minstrel tunes. By the 1890s, syncopated piano compositions called ragtime created a popular music sensation, and brass bands began supplementing the standard march repertoire with ragtime pieces.

By the turn of the century, New Orleans was a thriving major port and entertainment center. Theater, vaudeville, shops in the red light district of Storyville, music publishing houses, and instrument stores employed musicians. Most events were accompanied by music so there were many opportunities for musicians to work. In addition to parades and dances, bands played at picnics, fish fries, political rallies, store openings, lawn parties, athletic events, church festivals, weddings, and funerals.

New Orleanians loved dancing and most brass band members doubled as dance band players. Musicians who didn’t read music played more improvised music and drew large audiences for dances and parades. Around 1900, cornet player Charles "Buddy" Bolden began incorporating improvised blues and increasing the tempo of familiar dance tunes and was the first musician to have a distinctive style. The increasing popularity of this less refined music brought many trained musicians into the improvising bands. Also, segregation laws passed in the 1890s increased discrimination toward anyone with African blood and eliminated the special status previously afforded Creoles of color. These changes ultimately united black and Creole musicians, strengthening early jazz by combining the improvisational style with the more disciplined Creole approach, yielding the characteristic sound of New Orleans jazz.

New Orleans jazz spread to other cities as musicians joined riverboat bands and vaudeville, minstrel, and other show tours. Chicago and New York became the main markets for New Orleans jazz. In 1917, the Original Dixieland Jazz Band cut the first commercial jazz recording while playing in New York City, where they were enthusiastically received and became an unexpected hit. Suddenly, jazz New Orleans style was a national craze. With the new demand for jazz, employment opportunities coaxed more musicians to leave New Orleans. Clarinetist Sidney Bechet left for Chicago in 1917, and cornetist Joe "King" Oliver followed two years later. The appeal of the New Orleans sound knew no boundaries. By 1919, the Original Dixieland Jazz Band was performing in England, and Bechet was in France!

King Oliver, who had led popular bands in New Orleans along with trombonist Edward "Kid" Ory, established the trend-setting Creole Jazz Band in Chicago in 1922. That year, Louis Armstrong was summoned to Chicago by “King” Oliver, his mentor. Louis Armstrong swung with feeling, and his brilliant playing led a revolution in jazz that replaced the polyphonic ensemble style of New Orleans with development of the soloist's art. The improvement and popularity of phonograph records spread Armstrong's innovations and made him internationally famous. His Hot Five and Hot Seven Recordings of 1925-28 were quite popular and are milestones in the progression of jazz.

"Jelly Roll" Morton was born in Louisiana in 1885. By the age of fifteen, he was playing piano professionally in Storyville. He claimed to invent jazz in 1902, but specifically he left an indelible mark on jazz by applying a swinging syncopation to a variety of music and introducing scat singing and other improvisations including applying a 4/4 beat to a 2/4 ragtime to “play it hot.” Morton made an important jazz recording series for the Library of Congress in 1938. He recorded twelve albums on which he played piano and narrated the entire history of jazz. His work set the stage for the Swing era.

New Orleans musicians and styles influenced jazz nationally as the music went through a rapid series of stylistic changes, becoming more popular during the Swing era of the 1930s and 40s. In the late 1930s, recognizing that early jazz had been neglected and deserved serious study, jazz enthusiasts turned back to New Orleans. Many of our musicians were still playing traditional jazz, stimulating a national jazz revival and opportunities for traditional jazz players that persist today.

Unlike most of today's jazz, early jazz was intended for dancing, not listening. From Congo Square to elaborate ball rooms, dancing was our way of life! The birth of jazz was set in motion with crowds favoring cakewalks and two-steps over waltzes. In 1805, there were fifteen public ballrooms, and by 1841 there were over eighty ballrooms. Favored dances were waltzes, minuets, jigs, and reels. The more popular dancing became, the more demand for musicians. Thus, jazz was dance music first! In 1838, the Picayune described "a real mania in this city for horn and trumpet playing.” In the 1890's, bands began "ragging" or adapting music to suit the audience, making them pioneers of jazz.

Many young musicians delivered newspapers or coal and organized sidewalk bands to earn a few pennies, all while they were influenced by the music of the cabarets. Louis Armstrong undoubtedly heard King Oliver's band while delivering coal. Opera house and theater orchestras provided training for these youngsters, which was passed on to others.

Brass bands, string orchestras and black musical traditions were all important ingredients in the development of jazz, but perhaps most important was ragtime, popularized by traveling minstrel shows. Ragtime, drawn from black folk tunes and a syncopation of African and West Indian music, influenced the playing styles of brass bands and dance orchestras. This "ragged" music was heard in Storyville; a list of these jazz musicians would read like a Jazz Hall of Fame. Buddy Bolden was active between 1900 and 1907 as the first leader of a black jazz band playing traditional up-tempo dance tunes. He was dubbed "The King,” the premier, powerful cornetist. Bolden's career in music was tragically short, but he left a lasting impression on many. "Kid" Ory, "Jelly Roll" Morton, Sidney Bechet, and others agreed that Bolden started it all.