Meet Me at the Bar 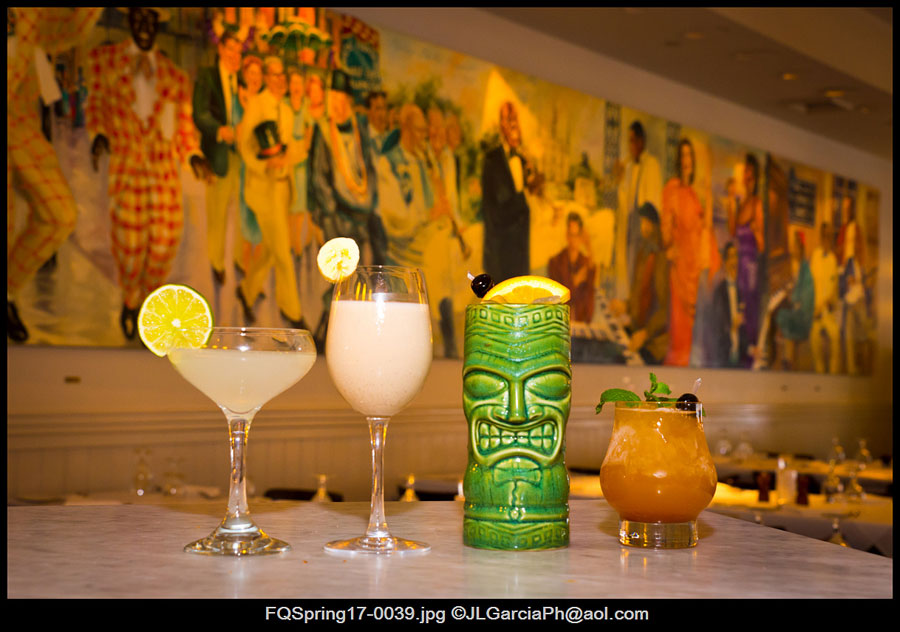 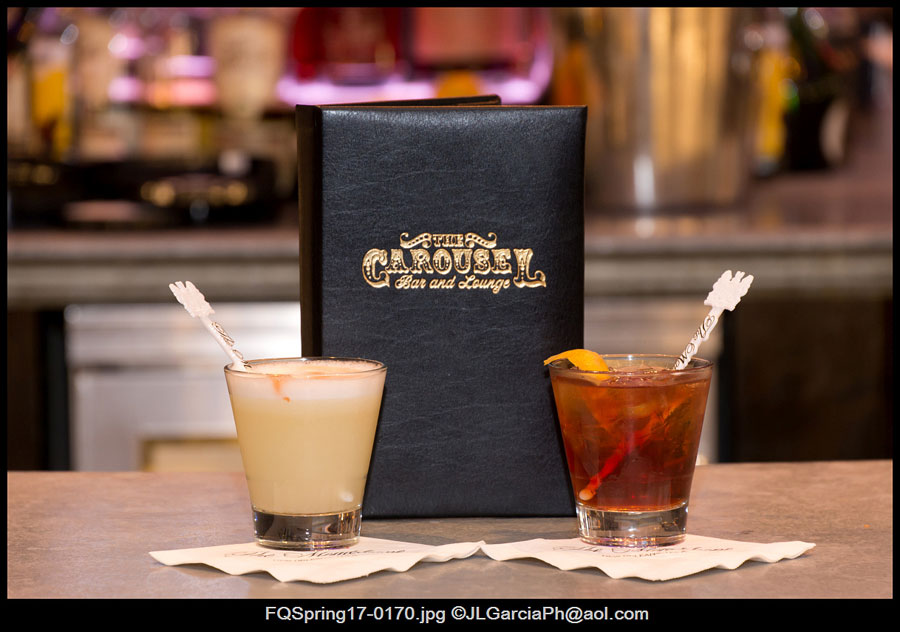 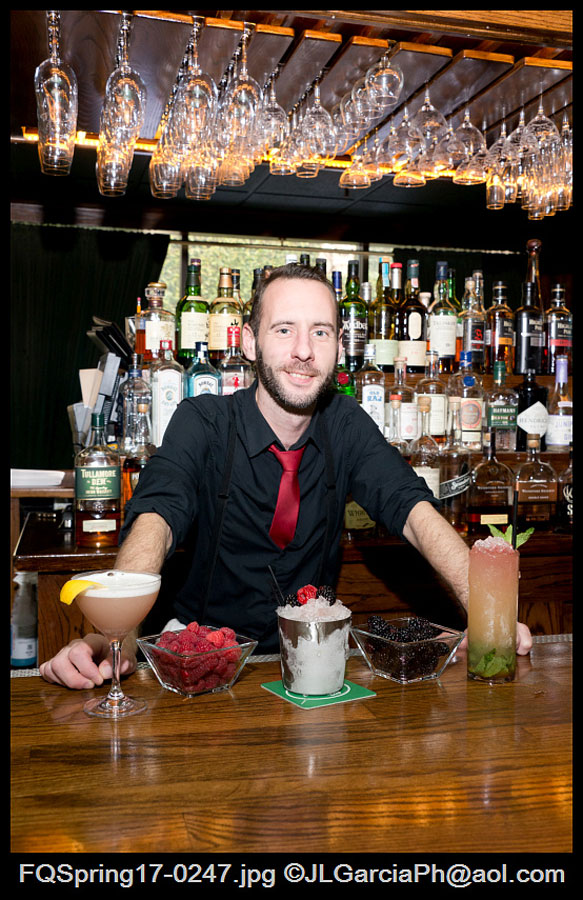 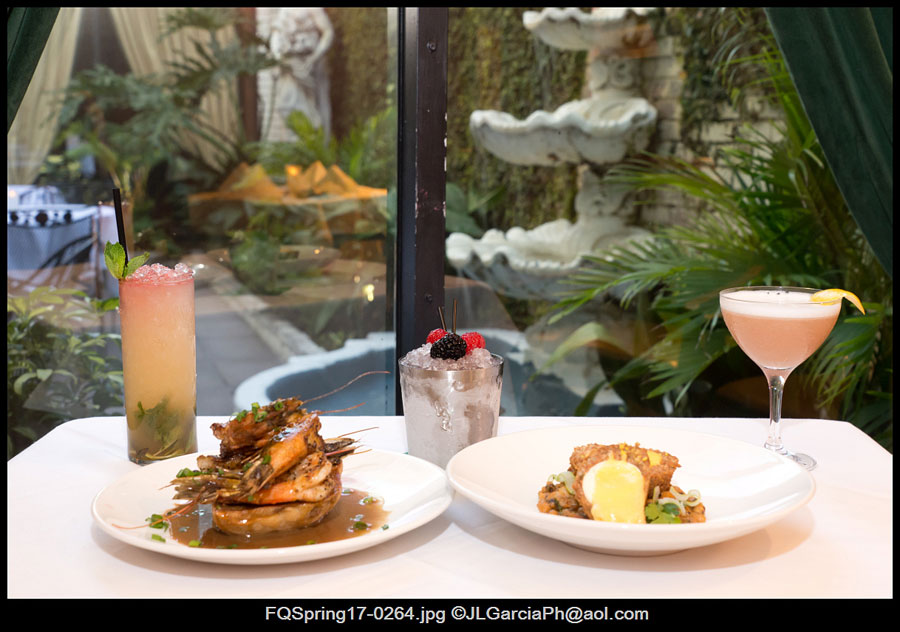 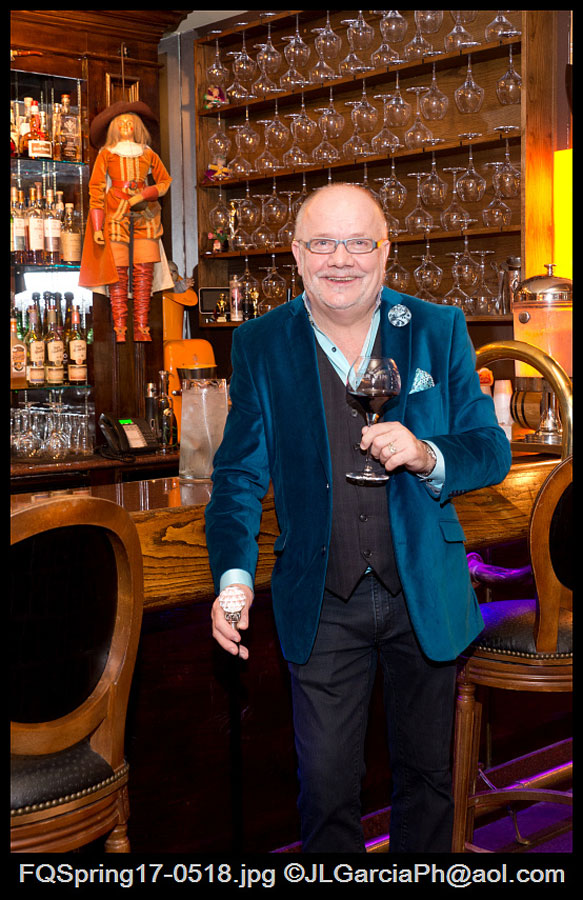 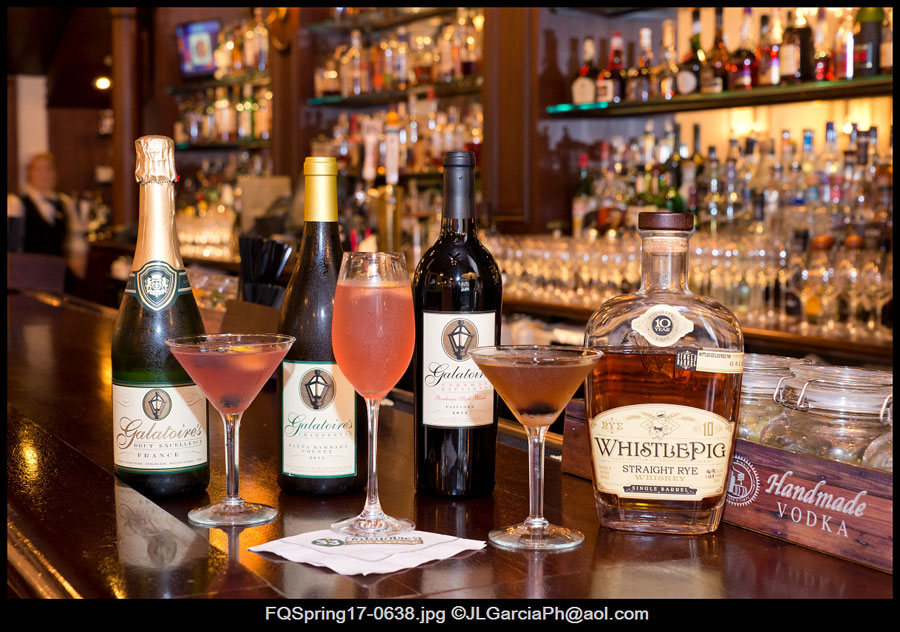 The scenario: You have reservations for dinner at one of the French Quarter’s snazzy restaurants. You’re thinking: “How do I make this more interesting, from the get-go?” Perhaps you’re meeting your spouse — with or without other family members (who may all have been out shopping?); or another couple; or business associates or your boss and his wife; out-of-town guests; or … a date.

Just for fun, enhance your evening’s scenario with a prelude at the bar with your dining partner(s), especially if the restaurant where you’ve having dinner has a cool bar. Have cocktails or a glass of wine with no extra travel headaches yet adding a different setting at the initial meeting up, thus making the evening more interesting.

Here are a few suggestions, with one stand-alone bar that takes cocktails or wine before—or after—dinner to another level.

Home to the New Orleans Rum Society, which you can join at no cost, the Black Duck features more than 150 rums from all over the latitude, including the Caribbean, heading west to Southern Louisiana.

The rums are not only available to individual tasting purposes, but the mixology staff is particularly well-versed in cocktail creations. No doubt many of the patrons who stop here leave with a different favorite cocktail from when they came in.

Because the bar is on the second floor of one of New Orleans’ favorite Canal Street restaurants, there is no need to change addresses for drinks and then dinner. You may not even need to change floors.

There is a bonus for those in the know. Chef Rene Bajeux, one of the few Master Chefs in Louisiana, is a true expert in the art of creating charcuterie. The charcuterie is available both at the bar and at the tables, and all items are created in-house. Seasonal local delicacies are a specialty, with delightful items from the land and the sea always on hand to accompany the extensive drink selection.

The Black Duck was actually a piece of history, the fastest rum-running boat along the East Coast from Caribbean up to the East Coast. During Prohibition, many a bottle of rum was brought to thirsty customers in this manner. The boat was finally put out of commission by a hail of bullets from the U.S. Coast Guard in Newport Bay in 1929. The vessel was captured, retrofitted, and became the fastest boat in the Coast Guard fleet.

A haven tucked away at the end of a hotel driveway off of Conti Street, not far from Bourbon Street, The Bombay Club is without any “curb value” whatsoever. But once you enter the nondescript doorway, perceptions change and the promise of a properly constructed cocktail—maybe two or three—is fulfilled.

The Bombay Club is that place New Orleanians like to keep to themselves. For more than two generations, seekers of stylish and lush surroundings, perfect martinis, and bar snacks of the highest order have gravitated to the clubby atmosphere, plush furnishings, and live music that have become Bombay’s trademark.

Chef Philip Todd’s offerings from the kitchen cover the gastronomic range from Creole to American to French and into Cajun with creative interludes into Italian and English specialties. Locals who know the Bombay enjoy the private dining areas—and there are larger areas, punctuated by a most comfortable bar setting, throughout the floor plan.

Speaking of the bar, mixologist Blake Kaiser both amazes and satisfies with definitive versions of New Orleans-created cocktails as well as international favorites. Plus, Happy Hour begins at 4 p.m. daily and lasts until 7 p.m. … and live music nightly.

The restaurant even wraps around a small, well-appointed courtyard area perfect for al fresco dining or drinks during most of the year, thanks to New Orleans’ semi-tropical climate.

In truth, the Bombay Club is a Creolized version of the ideal English private club which could only happen in New Orleans.
Bombay Club, 830 Conti St., New Orleans, La (504) 577-2237

As you enter just a few doors off the bustling and sometimes crazy environment that is Bourbon Street, you are greeted by a small patio surrounded by brick walls with seating areas shaded by a large tree that has grown well beyond the roof line of the Mazarin Hotel, which adjoins Patrick’s. More than just a place to have a quiet beverage, Bar Vin is an oasis.

And, yes, there really is a Patrick, a French-speaking Belgian, in fact, who is the owner, proprietor, resident story-teller, and knowledgeable resource for wine and cocktail suggestions.

Inside, there is another parlor, a living room setting, and then the main body of the bar. Along side the bar is another large setting area which resembles a library and one of those rooms from a 1940s movie, complete with a curved velvet sofa and plush leather chairs. There are also lockers belonging to valued patrons who have stored their personal favorite wines, ports and spirits.

Patrick Van Hoorbeck oversees it all. This is his domain and he is indeed a man of proud heritage and traditions. He offers beers from around the world, wines from the great wine regions, and cocktails concocted only from the highest quality ingredients.

Since this is a New Orleans bar, there has to be a courtyard and there is, shared with the Mazarin Hotel. The place is always lively, populated by Patrick’s friends, of which everyone who comes through the door becomes one.

“Criollo” is the Spanish word for Creole. This delightful bar and restaurant is in the French-Spanish community’s grandest Creole Hotel, The Monteleone. With, obviously, a light touch of Italian heritage. Criollo boasts a location just off the lobby, next to one of the most popular and liveliest bars in the world: The Carousel.

The whole exciting package is wrapped up in a decidedly New Orleans vibe. It would be not-quite-right to come to New Orleans and not give this place a whirl, literally.

Just entering the impressive lobby off Royal Street, you immediately “get the vibe.” Those who arrived beforehand have a head start. Go right in and be dazzled by the carousel. Yes, it’s not you, the entire structure is turning, patrons and all. One revolution every 40 minutes. Not so fast that you are in danger of losing your cocktail.

There will be a challenge as to what beverage to order. Great wine list of by-the-glass choices and legendary cocktails. The Vieux Carré cocktail was invented here in 1937. Rye whiskey, Cognac, Benedictine, sweet vermouth, and two different styles of bitters. The name refers to what the neighborhood is also known as, the Old Square.

Or you could try, maybe for the first time, a drink that features the national spirit of both Chile and Peru. Pisco Sour is a very popular choice and a specialty of the bar.
Criollo Restaurant, Hotel Monteleone,
214 Royal St., New Orleans, LA (504)681-4444
Galatoire’s 33 Bar and Steak

New Orleans’ renowned, century-old Galatoires, among the French Quarter’s four Grande Dame establishments, now has a sister restaurant, Galatoire’s 33, next door. The two restaurants are connected by an entrance mid-way along the shared wall, the kitchen, and the elevator to the second floor.

Galatoire’s 33 opened in 2013, after the original Galatoires acquired the adjacent building and spent nearly a year renovating the historic structure. While the original Galatoires, which received the James Beard Foundation award for the most Outstanding Restaurant in the U.S. in 2005, features a classic French Creole menu, “33” presents versions of some of the flagship restaurant’s specialties but focuses on traditional steakhouse fare, including dishes like Lobster Thermidor, Veal Chops, Double Cut Lamb Chops, Crabmeat au Gratin and many more tantalizing dishes prepared by Executive Chef Michael Sichel and his 30-member kitchen staff.

The bar at “33” has become a beacon for both diners and drink-sippers as perhaps both the classiest and most comfortable bar on Bourbon Street. Guests can sit at the custom-built arched bar or the easy chairs throughout the bar gazing through the full length windows onto the Bourbon Street activity, glass in hand, while chatting with dinner companions, or snatching a look at selected sports events on the large screen televisions.

But with all that charm, maybe the best part of the bar experience is the drink selections, which include a wide variety of cocktails, local and rare spirits, and awesome wines from around the world selected by Wine Director Gabrielle Waxman.

The bar also offers Galatoires’ private label of French sparkling, California Chardonnay, and Cabernet Sauvignon, the latter of which Waxman collaborated with the winemaker to reach the final blend. Drink up…dinner’s on the way!
Galatoires 33, 215 Bourbon St., New Orleans , LA
(504) 335-3932