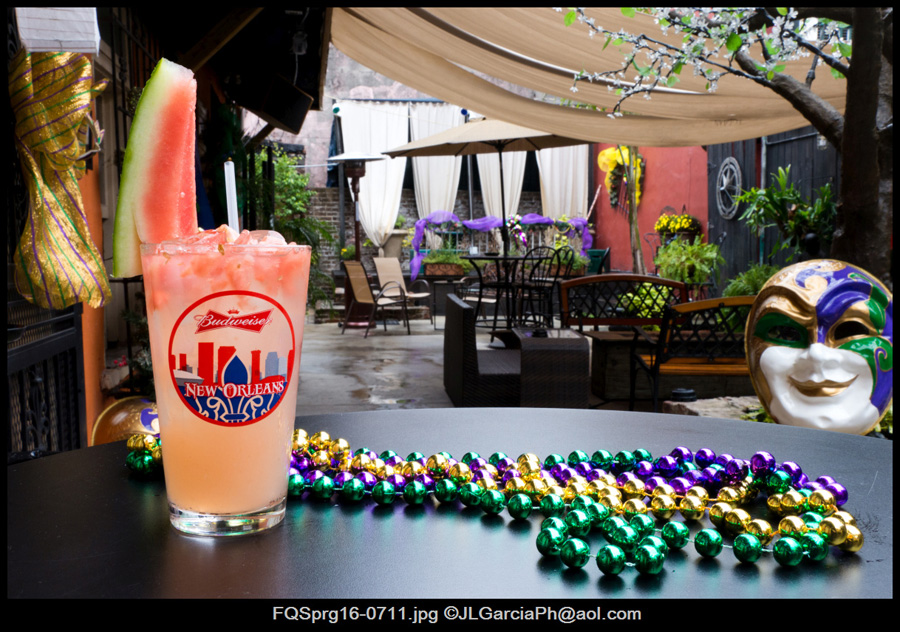 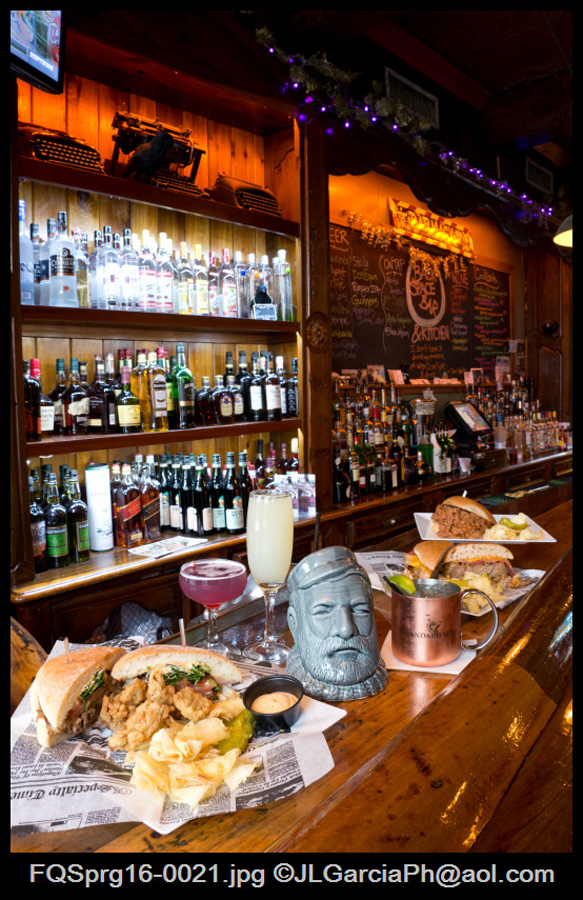 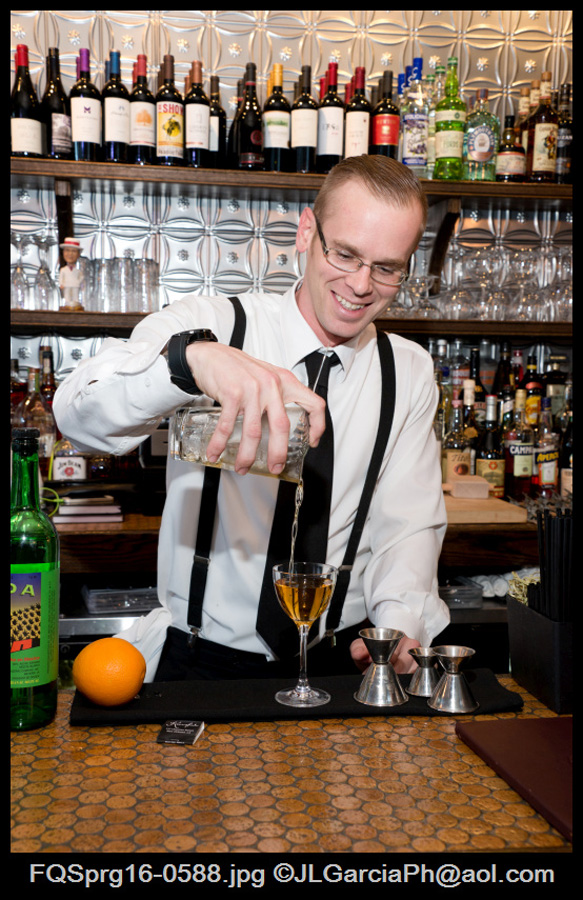 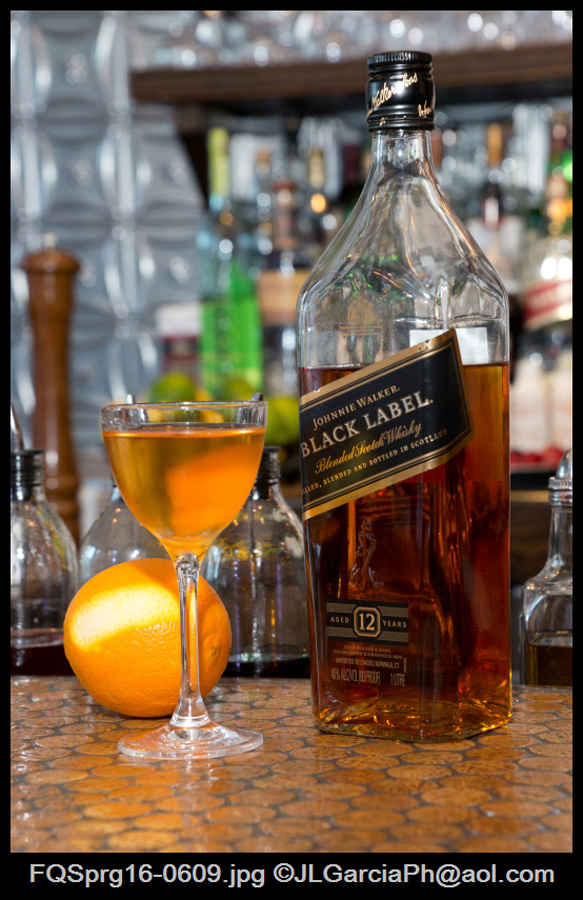 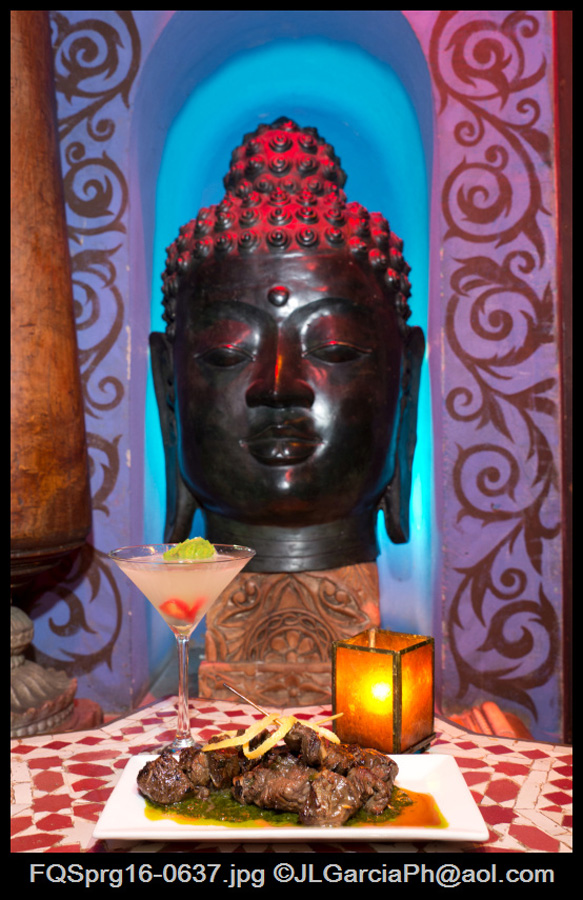 In a culture that swoons over not only the latest cocktails, but also tried-and-true Manhattans, Martinis and Margaritas, New Orleans can drink from the trophy cup for its role as the birthplace of many original concoctions as well as intriguing variations on many of the classics.

In fact, many historians report that the cocktail was invented in New Orleans by pharmacists who prescribed a potion made from brandy and bitters, with perhaps a little water and sugar to ease customers’ ailments. The potion was served up in an egg cup, a coquetier, which was eventually mispronounced as “cocktail.” The truth behind these “facts” is lost in the mist of time, but there is no doubt that during the early beginnings of cocktails in the first part of the 19th century, New Orleans was enjoying very fine drinks served nowhere else.

From some of the city’s original creations --the Sazerac, Ramos Gin Fizz, Grasshopper, Hurricane, Vieux Carre, Absinthe Frappe, Roffignac, Brandy Crusta -- to the latest locally crafted cocktails, New Orleans’ offers an exciting array of drinks, bars and lounges where enthusiasts can appreciate these sensational libations. The following are a few carefully selected places that answer the question, “Why go to a bar?”

It’s said that every bar has its own personality, and that certainly holds true for the Backspace Bar & Kitchen. Founded by Robert and Chloe Watters, the bar pays tribute to renowned southern literary geniuses.

Co-owner Robert Watters explains, “Backspace tells the story of those writers who have been inspired by New Orleans, bringing with them their stories, culture and their favorite alcohol-laced libations.

“Our goal is to provide a comfortable, welcoming place that serves our favorite refreshments – both liquid and culinary,” he explains. “Ernest Hemingway wrote the words that express our core philosophy : ‘a clean well lit room.’ Add in copper table tops, a couple of worn leather chairs in front of the fireplace, flagstones on the floor and a bar that’s older than any of us. These are the ingredients we’ve stirred together to make a memorable watering hole. “

The literary-themed spot offers comfort food, fabulous drinks and an easy place to relax. Although the talented barkeeps can execute any kind of cocktail expertly, the featured drinks are exceptional. In the Poetry - Traditional Cocktails section of the menu are such favorites as the Moscow Mule, Sidecar, Death in the Afternoon, Vesper Martini and French 75, another concoction that, while not invented in New Orleans, rose to a position of prominence in the cocktail world thanks to this city’s adaptation and promotion.

In the menu’s Adventure category, “Cocktails for the Uncommon,” patrons can explore a Scorpion served in a Hemingway Tiki mug, Singapore Sling, Dark and Stormy and Beachcomber. Another popular dink is the Hemingway Daiquiri. Even a storied Boulevardier is within reach here. In keeping with the theme, most of the drinks here tell a story.

The food menu is also literary themed: The Introduction includes Red Beans and Rice, Gumbo and Chef’s Salad. The Prologue features entrée sandwiches with house-made chips including a BLT with optional egg, cheese or avocado. Best of all, the Backspace Breakfast is served from 11 a.m. – 8 a.m. the next day, 7 days a week.

Located off Bourbon Street, this hidden gem is a respite from the madding crowds. Backspace Bar, the tagline says it all …. “A menu of liquid inspirations ….”

Just two blocks down Chartres Street, is another fine bar that will definitely grab thirsty strollers’ attention. The bar’s moniker, Kingfish Kitchen and Cocktails, pays tribute to the colorful 1920s-30s era Louisiana Governor and U.S. Senator, Huey P, Long, nicknamed “The Kingfish.” Without a doubt he was one of the most fearless, outspoken populists elected to gubernatorial and U.S. senate offices in modern history. He was both beloved and reviled, and assassinated in 1935 at the Louisiana State Capitol building,

While bringing progress to the state in education, healthcare, better roads, a public works program and many other advances, the Kingfish made time to enjoy drinking and eating and on one occasion in a New York City hotel bar, he ordered his favorite drink, a Ramos Gin Fizz. Long was so displeased with the quality and style of the drink as the New York bartenders prepared it, that the next day he flew several New Orleans bartenders from the Sazerac Bar in the Roosevelt Hotel to New York to show the NYC bartenders how to prepare the drink properly.

And, yes, you can order a Ramos Gin Fizz as the Governor would have enjoyed it at Kingfish along with a bevy of other classic cocktails such as a Pimm’s Cup, Mint Julep, Brandy Milk Punch, Queen’s Park Swizzle, Cable Car, Absinthe Suissesse, Cocktail a la Louisiane, Sazerac, etc.

While keeping the classics, lead bartender Justin Gehrmann, is also inaugurating additional libations to tempt patrons’ palates even more. A Mescal cocktail and Sloe Gin cocktail are newbies as well as a barrel-aged gin-based cocktail, The Last Word, a pre-Prohibition drink. “We’re also aging spirits in small barrels as well,” he adds.

Gehrmann learned his chops in the hospitality industry by spending 15 years in the kitchen and as a server and the next 8 years as a bartender. Then he came to Kingfish and worked under the legendary barman, Chris McMillian, who recently left to open his own place. “I learned so much from Chris,” he said, “especially the right way to prepare all the classics. They have been good for the past 100+ years, so why change them now?!”

Kingfish hosts Happy Hours daily Monday through Sunday, 3:30 p.m.-6 p.m., half off on all brews and by-the-glass wines.

B Mac’s Bar celebrated its first anniversary earlier this year, but running a popular French Quarter bar is no strange or new pursuit to owner Brenda Mac. She and her late husband, Ray Newman, owned and operated the mainstay Chart Room in the Quarter for decades.

Her new bar, B Macs, is hailed as a French Quarter haven by locals and visitors alike, just doors away from Bourbon Street but with a welcoming, relaxed vibe. A friendly, neighborhood place, B Mac’s encourages people to come in, unwind and get away from the hustle and bustle of the Bourbon Street madness, if only for a short time. It’s also a great place to meet up with your friends and visitors, or to make new friends.

The bar already has a following among locals,with her new place being a great drawing card for both neighbors and visitors who’ve heard about it from others, read articles, reviews, online comments from regulars, or just stumbled in one evening and…. felt like they were “home!”

The latest excitement is that B Macs will serve – unofficially – as the host headquarters for ALL New Orleans’ festivals – beginning with Mardi Gras. Meet-and-greet gatherings will be the norm between locals and visitors as glasses are hoisted and clinked. Let the toasting begin!

Bartenders Will Chilton and Sheila Ponsaa lead the bar team with C.J., Trace, J. R. and Muriel who are happy to satisfy customers’ requests or make recommendations. The Watermelon Lemonade is a crowd favorite and definitely one of B Mac’s libation sensations!

Bloody Marys are a Sunday tradition. Other popular drinks include Margaritas, Lemon Drops and many additional favorites. Monday and Tuesday are movie nights with popcorn served.

Perhaps one of B Mac’s most endearing attractions are the low bar prices: beer $2-$4, wine-by-the-glass $4-$8 and cocktails $4-$8. But there’s more! A vocalist and entertainer in her own right, Brenda Mac’s CD is on what many say is “the best jukebox in the city,” along with an all-star lineup of many of the city’s great musical talents.

In addition, B Mac’s pleasant patio is available for private parties and get-togethers. Outdoor heaters and a fire-pit can be activated if the weather turns chilly, or, if too warm, turn on the misters! A raised terrace is at the far end of the courtyard and used for special musical events.

New Orleans’ House of Blues the first expansion location of this now international dining, drinking and entertainment phenomenon, is renowned as the incarnation of its characteristic tagline, “Where music feeds the soul,” but there’s much more here to love.

But first, for those who have never experienced its charms, this hidden gem’s physical layout plays to the members’ every need with an exotic décor, exclusive party and social rooms, a fantastic bar, gourmet dining from Executive Chef Nathan Winowich, monthly themed dinners, happy hours, sports event screenings, and more… including a mysterious and captivating vibe that permeates the premises.

For starters, as select guests interested in high-end fun in a rarefied atmosphere, you are cordially invited to sample the Foundation Room’s multiple pleasures during its Tuesday through Friday Happy Hours.

In an effort to attract new members, the Foundation Room is allowing non-members to participate in certain programmed events by reservation only (via Open Table). One such event is “Art & Soul: NOLA Vinyl,” every Tuesday, 6-9 p.m.

Noted DJ Doug Funnie is charged with spinning the thematic tenor of the evening on vinyl records, unleashing an onslaught of New Orleans’ music, from jazz, blues, funk, rock n’ roll, etc. Funnie knows his music and how to rip it …. and rock it!

In addition, Funnie routinely invites a local artist to showcase his/her craft whether it be handmade jewelry, sculpture, sewing arts or whatever.

At these events, $5 call drinks and $5 craft beers are available. Bar bites are served at regular price until 7p.m. Interested parties are encouraged to make a reservation for the Happy Hour events atNolaFoundationRoomRSVP@livenation.com or see the number below. Please note that a dress code applies to all Foundation Room events: business casual attire -- no shorts, flip-flops, or sport caps.

Foundation Club membership comes with extensive benefits such as exclusive access to House of Blues worldwide and Live Nation concert tickets as well as many other amenities and entertainment opportunities. For membership information, call (504)310-4974.