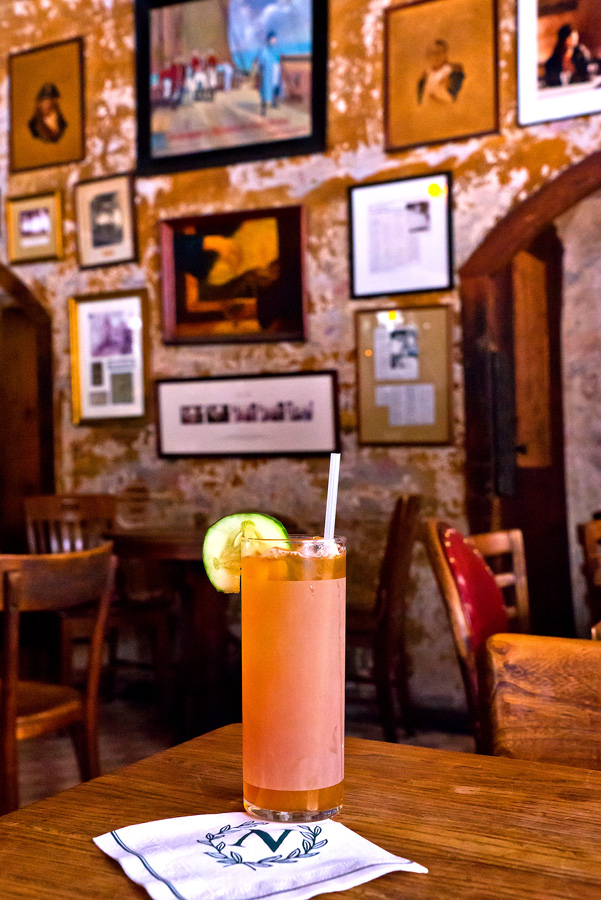 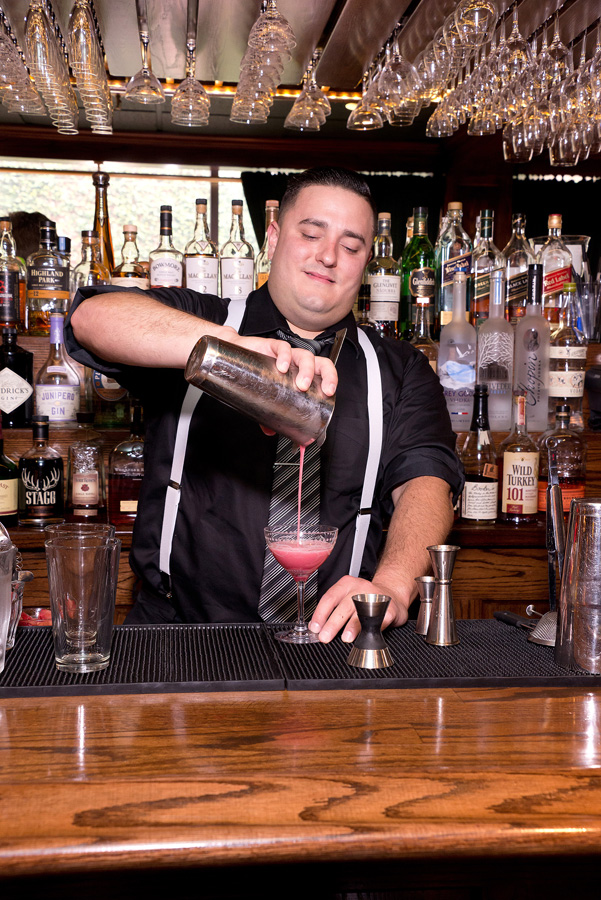 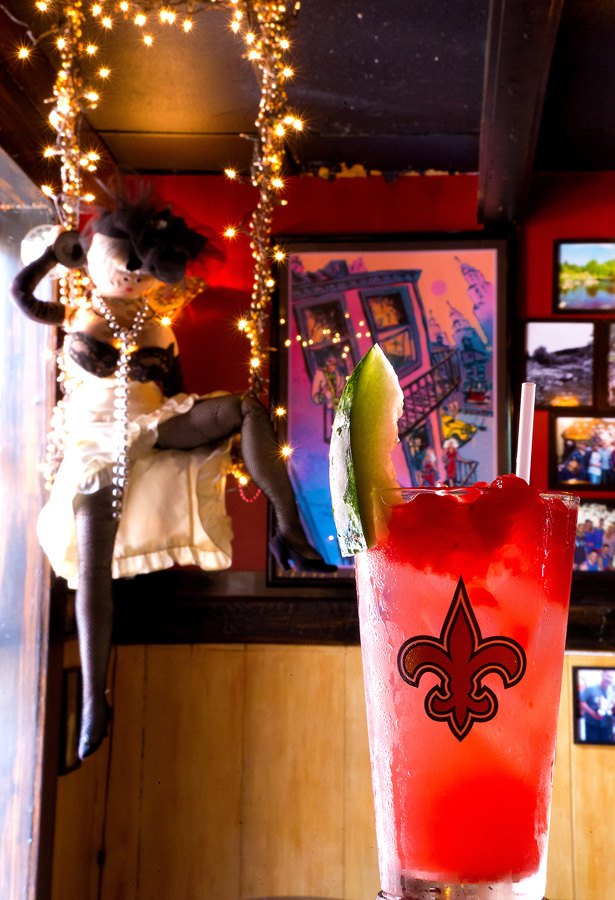 Of all the iconic landmarks in the French Quarter, Napoleon House is perhaps the most renowned – both in its historic connection between the Old World denizens and the New World ex-patriots to its current iteration as one of the best bar/cafes in America.

As history tells us, the initial structure was originally erected at the corner of Chartres and St. Louis in 1797 by the Girods, a wealthy and prominent French family who crossed the ocean to ply their trade in the shipping and mercantile business.

Nicholas Girod, elected as New Orleans’ fifth mayor in 1812, was a staunch Frenchman and devotee of Napoleon Bonaparte. He was not alone in his fervor for the former Emperor -- now in exile on the island of St. Helena --and in 1821, Girod joined in a plot with other French ex-patriots and pirates to rescue Napoleon and bring him to America.

During his mayoral tenure, a large 3-story addition was made to the property at Chartres and St. Louis and was further outfitted and furnished as Napoleon’s home in the New World. However, the plot was dashed by Napoleon death.

Designated as a historic building by the U.S. Department of the Interior, Napoleon House is now owned by Ralph Brennan, a member of one of New Orleans’ most distinguished culinary families.

However, this recent development (2015) in Napoleon House’s history is a continuation of the Impastato family’s ownership and operation of the treasured property over the past 100 years. During that time, the bar and café emerged from the family’s corner grocery during the early 20th Century and went on to become “the place” to experience in New Orleans.

With its patina-ed walls and century-old wooden bar; classical music; enchanting and intimate patio; and the kitchen and bar’s familiar treats, “Nothing has changed, just maintained,” said Napoleon House Chef Chris Montero, who took over the reins and vows to honor the Impastato’s legacy.

The Bombay Club, tucked into the back of the Prince Conti Hotel, may seem like an insiders’ bar, but once through the door, guests will feel right at home. It’s dark, but simultaneously downloads both an intimate and sophisticated vibe. The mood is set, infectious, and the ambience is all- encompassing.

Then there are the drinks, the food and the music. Martinis may be the draw and one of the best-ever, guests should not miss the opportunity to taste Head Bartender Blake Kaiser’s other concoctions. “Customers are requesting the Royal Raspberry,” he said, “gin-based with lemon, blonde vermouth, apricot liqueur and raspberries”

Part of the new team operating the classic lounge and restaurant, native New Orleanian Kaiser has served time behind the bars of many of New Orleans most noted establishments: Commanders Palace, Brennan’s and Kingfish, to name a few. His repertoire is strongly influenced by traditional local cocktails and fresh ingredients, “which are the best way to flavor drinks,” he said.

When it comes to Martinis, Kaiser notes, “We mostly stay with the classic: gin, vermouth and bitters,” but many other variations are available to customers.

New Orleans’ most famous cocktails are expertly rendered at Bombay by the mixology staff, said Kaiser, including the Sazerac, Pimm’s Cup, Vieux Carre, and Brandy Milk Punch. In addition, the bar excels in crafting international classics like Negronis, The Original Cosmo, Manhattans, Martinez, Ponch’s Sidecar and many others.

During daily happy hours, the bar staff offers a “drink of the day” as well as specials on well drinks, beer and wine. Bar Grub treats are also available such as Pork Cracklins and Pimento Cheese, Pickled Shrimp Wraps in Bibb lettuce, The Cheeseburger, and Chicken Turnovers with black-eyed peas, Crawfish and Green Onion Hushpuppies and more.

However, be warned! Once customers get a taste of new Executive Chef Ben McCauley’s innovative preparations, they decide to stay for dinner!

Kingfish Kitchen and Cocktails, occupying the corner of Conti and Chartres St., is aptly named for Louisiana Governor Huey P. long whose nickname was “Kingfish.” The gov cut quite a swath in politics – as well as many other interests, including cocktails -- during the late ‘20s until the mid ‘30s when he was assassinated at the state capitol.

Inside Kingfish, framed posters, art works, and other interesting artifacts regarding the late governor are displayed in this tribute to his many contributions to government education, infrastructure and other pursuits… such as drinking.

It is noted that when Long approved the Highway 90 stretch, he made sure it left the exit of the Baton Rouge state capitol and went straight to the backdoor of his favorite watering hole at the time, the New Orleans’ Sazerac Bar at the Roosevelt Hotel!

A player in national politics as well, said to be FDR’s next opponent for U.S. president, Long was often on government business in the northeast. Once when he was in New York, he walked into the New Yorker Hotel bar and asked for a Ramos Gin Fizz. What he got was not up to par for the governor so he flew the head bartender from the Sazerac Bar to New York overnight to show these NYC hotel bartenders how to make a proper and correct Ramos Gin Fizz. In fact, an old 1930s news reel of the event often plays on TV screens above Kingfish’s bar.

However, Kingfish guests won’t have that problem in this bar! Renowned bartender and historian Chris McMillian mans the bar where craft cocktails are shaken, stirred and served by him and other innovative drink- makers.

Step up to the bar and order a French 75, Moscow Mule, Dark ‘n Stormy, Cocktail a la Louisiane, Absinthe Suissesse or McMillian’s marvelous Mint Julep which he serves accompanied by a nearly 100-year old ode, one he has performed -- by request -- at Washington D.C.’s Smithsonian over the years.

Stay for dinner and enjoy the amazing cuisine of Louisiana Chef Nathan Richard, who has also cooked at Commanders Palace, Cochon Lafayette, Fig and High Cotton in South Carolina.

Sometimes, you just want to walk into a bar and feel like you’re in a neighborhood setting where everyone is friendly, allows you your own space, but you still feel like a part of the group. Such a place exists just off Bourbon Street on St. Louis.

B-Mac’s is like a New Orleans’ version of the Boston- based “Cheers” bar from the 1982-1993 TV series. Sophistication is off the charts here. Brenda Mac, the namesake and owner of the new bar (February 2015) is a veteran of the French Quarter bar scene, who worked alongside her husband, Ray Newman, in the popular Chart Room,

She ran the business following Newman’s death until new ownership took over. When she departed for B- Mac’s, bartenders Will Chilton and Sheila Ponsaa came along. The bar team also includes C.J., J.R., Trace and Muriel, who are happy to make the bar’s famous Watermelon Lemonade, Bloody Marys – a Sunday tradition, Margaritas, Lemon Drops and whatever else guests request.

Although the only snacks served regularly are popcorn on Monday and Tuesday movie nights, sometimes, the inspired Ms. Mac cooks up some mini meatballs, cocktail hot dogs or some other small treat for the bar crowd, gratis. But what really brings cheers from the customers are the low prices such as beer for $2-$4 wine at $4-$8 and cocktails $4-$8

The bar also sports an outdoor courtyard (available for private parties) with light water-misters that invigorate guests who’ve been shopping or antiquing all day. The area is laid-back with planters, and a raised terrace that could also be used as a stage. In addition, to the bar’s TVs for ALL sports, four 42” TVs are hung in the courtyard for football games during the season.

A vocalist and entertainer -- her CD is on the excellent jukebox along with many other of the city’s outstanding music artists, Mac plans to offer a piano trio with perhaps a “local songstress” who may join in the performance.

B-Mac’s is a “true find,” a throw-back to a simpler time, and a comfortable place to chill out in the shadow of bustling Bourbon street. Maybe after your initial visit, the next time you step inside B-Mac’s, everyone will know your name.