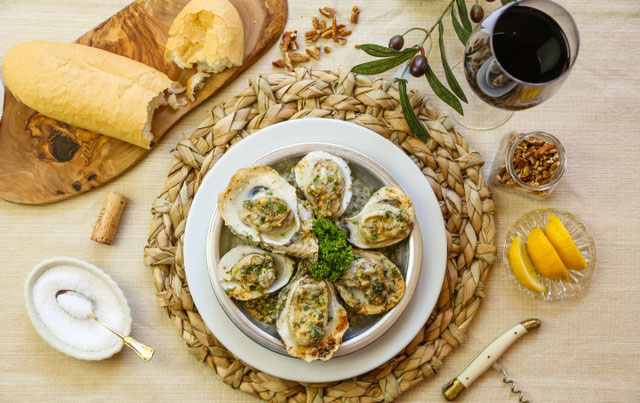 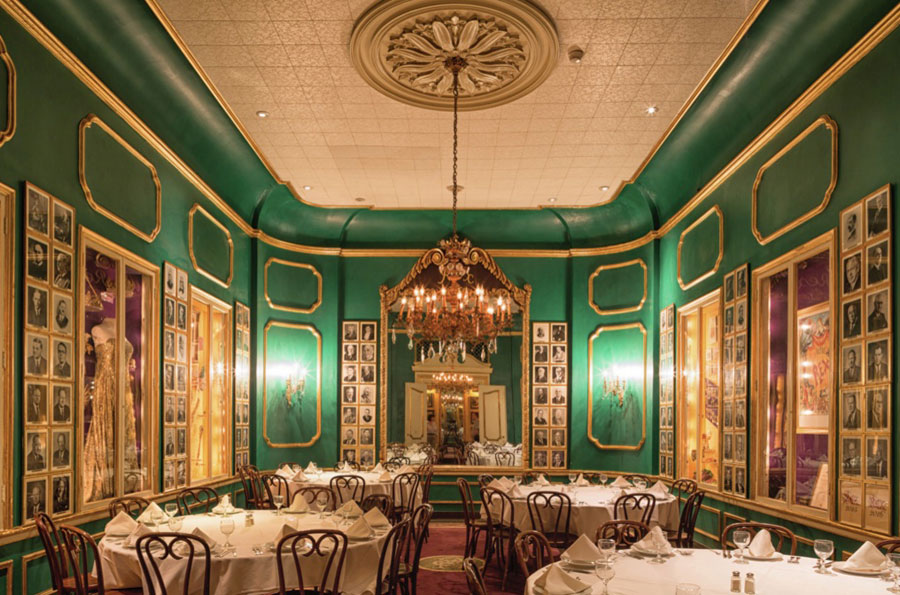 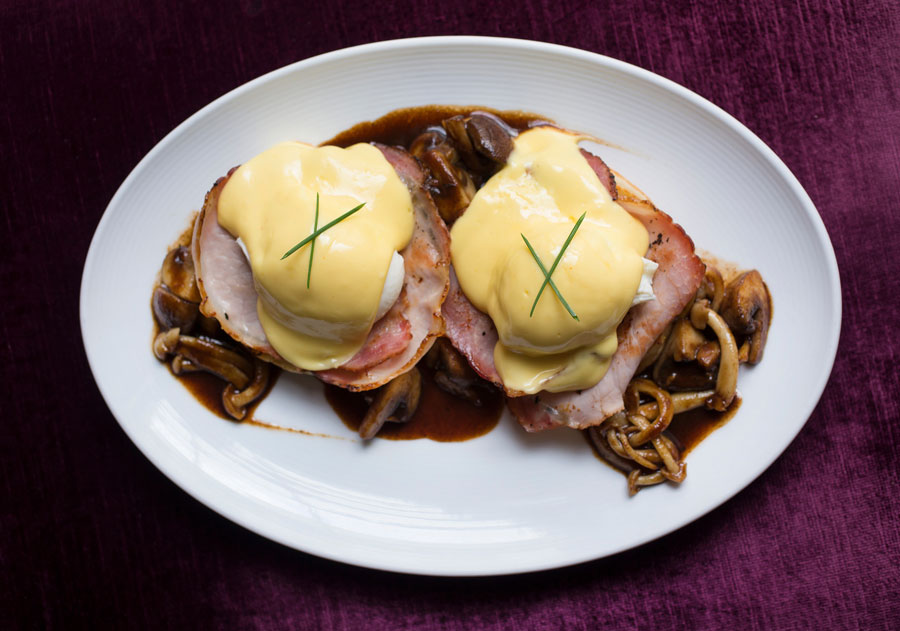 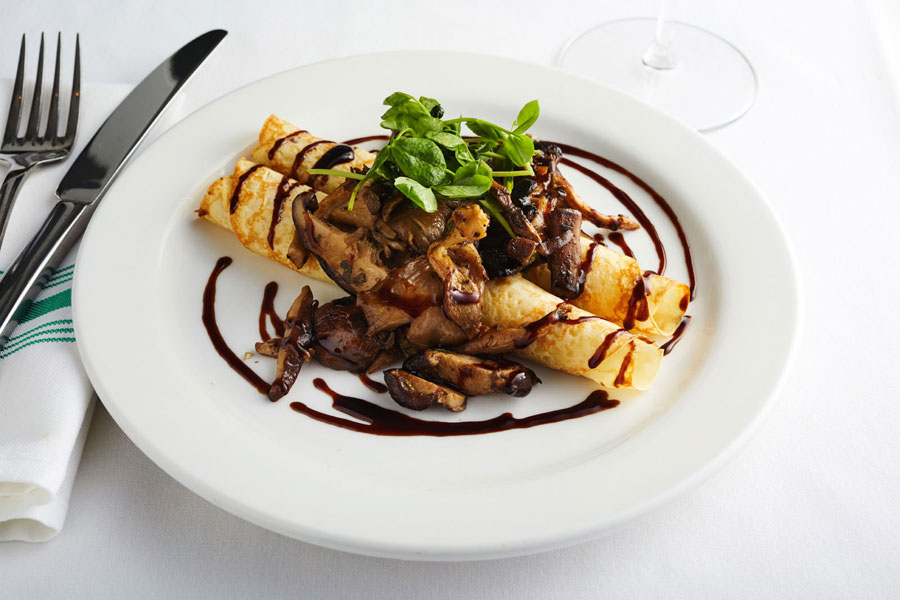 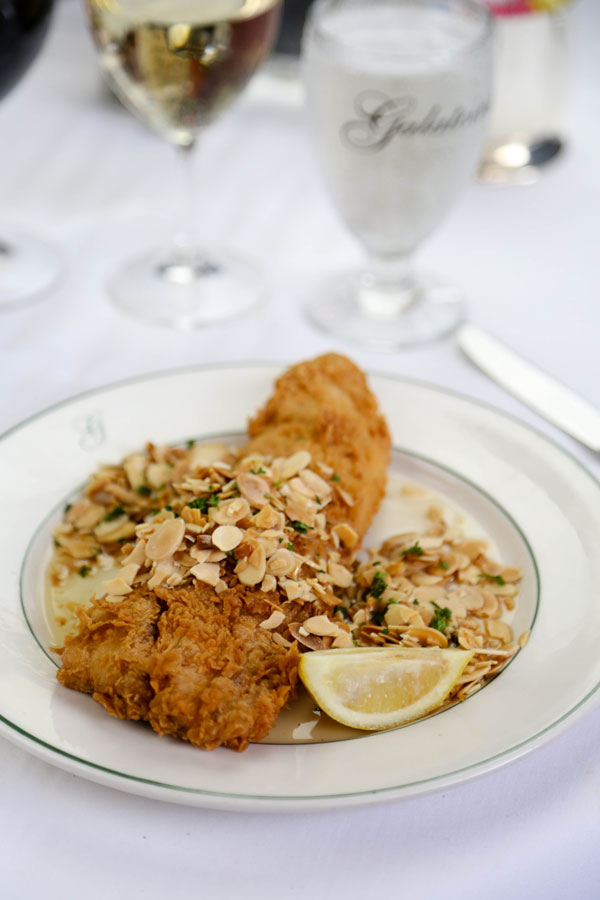 In the often-fickle restaurant industry, where one day you’re in and the next day you’re out, several iconic restaurants in the Crescent City continue to stand the test of time. Year after year of offering tried and true dishes, exceptional libations and top-notch service in a charming atmosphere, these historical dining institutions have garnered countless accolades and legions of fans. And due to our unwavering affinity for timeless traditions and classic cuisine, these legends remain as prominent and celebrated today as they were decades ago.

Few restaurants have endured decades of war, the Great Depression, Prohibition, pandemics, plagues, fires and more. Not only has Antoine’s survived, but it has continued to thrive for 182 years. Founded in 1840 by a young French immigrant and trained chef named Antoine Alciatore, the oldest family-owned and operated restaurant in the country is located here in the French Quarter. What began as a bed-and-breakfast soon grew into one of the world’s most illustrious and celebrated restaurants. The classic French establishment was hit with the city’s well heeled, and in 1857 expanded to its current location on St. Louis Street. Upon honing his culinary skills in France and New Orleans, Antoine’s son Jules took over the kitchen’s helm, where he created the restaurant’s most renowned dish: Oysters Rockefeller. Antoine’s is also the birthplace of Eggs Sardou (poached eggs, artichoke bottoms, anchovies and hollandaise), pompano en papillote and Café Brulot (the potent, post-dinner concoction of chicory coffee, triple sec, cinnamon, cloves and sugar, flamed tableside with brandy). Throughout the years, several decedents have overseen the restaurant, maintaining its noble status, culinary mastery and distinguished service. Today, Rick Blount, Antoine’s great-great grandson, is responsible for keeping the New Orleans tradition going strong. Comprised of 14 uniquely appointed, elegant spaces, Antoine’s has played host to numerous famous guests including celebrities, United States presidents, the Duke and Duchess of Windsor and the Pope. From its Mardi Gras-themed Rex and Proteus rooms, exquisitely decorated with carnival regalia, to the vibrant red Tabasco Room adorned in the color of the popular Louisiana-made hot sauce, guests continue to savor signature classics including Soufflé Potatoes, Escargot Bourguignon, Fish Amandine, Filet with Marchand de Vin, and Antoine’s house specialty dessert, Baked Alaska. Indulge in Antoine’s Sunday Jazz Brunch or belly up at the Hermes Bar for a Sazerac or Vieux Carré. Take a peek into the impressive wine cellar (accessible on Royal Street) that holds up to 25,000 bottles. Be sure to explore each room of the legendary institution, which is bursting with decades of historical photos and collectables.

Known as the Count Arnaud Cazenave, an eccentric wine salesman with an affinity for Creole French cuisine, founded his namesake fine dining establishment in 1918. As the success of his lavish restaurant grew, so did its footprint; Cazenave purchased and connected adjacent properties until it took up nearly an entire French Quarter block. Arnaud’s now spans 11 connecting buildings, which house 17 opulent dining rooms, each with its own unique personality ranging from Art Deco to Creole Cottage. You’ll even discover a Mardi Gras Museum, which pays homage to Cazenave’s bon vivant daughter Germaine—she reigned as queen of more than 20 carnival balls—who ran Arnaud’s for 30 years and helped elevate it to its iconic status. In 1978, Germaine sold the landmark to Jane and Archie Casbarian Sr., who lovingly restored Arnaud’s to its former glory complete with original chandeliers, cypress paneling and colorful Italian floor tiles. This grande dame is now in the deft hands of co-proprietors Jane Casbarian, along with daughter Katy and son Archie Jr. While menu updates have taken place over the years, dinners continue to indulge in classic signature dishes including Souffle Potatoes, which Arnaud’s helped to popularize: Shrimp Arnaud, the signature dish of Gulf shrimp marinated in Arnaud’s tangy Creole Remoulade Sauce; Oysters Bienville, an Arnaud’s original showcasing baked Louisiana oysters topped with shrimp, mushrooms and green onions in white wine sauce; Gulf Fish Pontchartrain topped with Louisiana crabmeat; and Veal Tournedos Chantal served in a wild mushroom sauce. Visit the French 75 Bar—originally a “gentlemen-only area”—for a classic Sazerac or a namesake French 75. The stately restaurant hosts a Sunday Jazz Brunch, featuring an extensive three-course “prix fixe” menu with selections like Eggs Fauteaux (poached eggs atop house-smoked Gulf pompano on English muffins with dill-infused Hollandaise); Arnaud’s Crab Cakes with white remoulade sauce; and Crepes Suzette flamed tableside. Celebrate Bastille Day on Friday, July 15 with a special lunch, and don’t miss National Souffle Potato Day, which Arnaud’s helped to create, celebrated on Sept. 30 with a special Friday lunch and other spud-related surprises.

World-renowned Brennan’s Restaurant was born out of a challenge. Count Arnaud, owner of Arnaud’s restaurant, threw down the gauntlet when he stated to his friend Owen Brennan that an Irishman’s culinary skills begin and end with boiled potatoes. Determined to prove otherwise, in 1946 Brennan threw open the doors of what was then called Owen Brennan’s Vieux Carré Restaurant to the Who’s Who of New Orleans and rave reviews. When the 1948 best-selling book, Dinner at Antoine’s, stirred up attention for his competitor, Brennan countered with his own buzz generator “Breakfast at Brennan’s,” making morning dining with adult libations fashionable. Eventually, Brennan’s would come to serve more wine at breakfast than at dinner! Brennan uprooted his Bourbon Street restaurant and, in 1954, following an extensive renovation, the elegant French-Creole eatery landed in its current location on Royal Street. In 1984, the Brennan family purchased the iconic pink building, which later underwent another major remodel for $21 million, lead by current owners Ralph Brennan, Owen’s nephew and successful restaurateur, and developer Terry White. The present incarnation is majestic and ornate boasting a grand staircase, fanciful décor and a picturesque courtyard. Chef Ryan Hacker masterfully elevates Brennan’s most iconic dishes such as Eggs Sardou with crispy artichokes, Parmesan Creamed Spinach and classic Steak Diane with caramelized baby carrots, potato galettes and brandied mushroom reduction. Famous for the creation of Bananas Foster, the dramatic and decadent dessert that’s flambéed tableside, their new signature dishes like Octopus Étouffée with scallion relish, and Dried-Aged Lacquered Duck with sauce poivrade will not disappoint! Gather in the bar area aptly named “The Roost” to sip an innovative cocktail like The Honeysuckle Collins, Caribbean Milk Punch or Sparkling Strawberry Cocktail or opt for a bottle of wine from their impressive two-story, 15,000-bottle cellar. The lively establishment hosts Bubbles at Brennan’s happy hour, Thursday through Sunday from 9 a.m.–6 p.m. and Monday 9 a.m.–2 p.m., with Champagne bottle saboring in the courtyard at 5 p.m. to kick off the sparkling experience. Pop in on June 9 for a special Pride Happy Hour, featuring celebratory Pride-themed drinks.

Ask any local where the place to be and be seen for Friday lunch is and, more often than not, the reply will be at Galatoire’s. In fact, for decades, business professionals and socialites have gone so far as to hire a “placeholder” to stand in line at the legendary dining establishment for a chance to score a coveted first-floor table, where reservations are not accepted. Today, with the expansion of a second floor in the late 1999s and more recently into Galatoire’s 33, the restaurant’s adjacent property, the line may have dwindled, but certainly not the popularity of this cherished New Orleans treasure. Established in 1905 by Jean Galatoire, who migrated from a small French village to America ultimately settling in New Orleans in 1900, it was the city’s strong French influence and adoration of classic culinary techniques that made the Crescent City the ideal place for Galatoire to learn the tricks of the restaurant trade from chefs and restaurateurs. Jean’s three nephews, Justin, Leon and Gabriel, became part of the family business and upon Jean’s retirement in 1919 purchased it. The classic French recipes and traditions, inspired by Jean’s familial dining style of his homeland, have continued for more than 117 years. Now in its fifth generation, it is the Galatoire family and decedents who continue to play a major role in keeping the restaurant’s culinary customs and traditions alive while influencing its evolution. Classic French-Creole dishes such as Crab Maison, Oysters en Brochette, Shrimp Remoulade, Meuniere Amandine Fried Trout, Shrimp Clemenceau and Broiled Pompano remain favorites. Step foot into Galatoire’s on any given Friday afternoon and you’re sure to find a jovial atmosphere, packed with diners indulging in signature cuisine and spirited libations like Old Fashions, Martinis, Champagne and Galatoire’s Specialty Cocktail, a blend of bourbon, Herbsaint, Peychaud’s Bitters and simple syrup with a lemon twist. Galatoire’s continues to close its doors on Mardi Gras day, so the Friday before has become one of the most sought-after dining days with guests dressed in colorful costumes and periodic Second Lines breaking out. Another exciting time to visit is for the quarterly Fried Chicken Brunch, featuring all-you-can-eat fried chicken, savory sides and free-flowing bubbly. Frankly, every day is a celebration of food and life at Galatoire’s!

The second-oldest dining establishment in New Orleans, Tujague’s, was founded in 1856 by Guillaume and Marie Abadie Tujague, newlyweds who migrated from France to begin their life together. Guillaume operated a butcher shop in the French Market for several years before deciding to try his hand in the restaurant business. The couple opened Tujague’s on Decatur Street primarily to serve basic breakfast and plate lunches to nearby dock workers. Located a few doors from Tujague’s sat Dutrey’s Coffee Exchange, which later became Begue’s Exchange, where the tradition began of serving a hearty, multi-course meal (including plenty of wine and chicory-laced coffee!) around 11 a.m. to hungry butchers. Taking note of the popularity of their neighbor’s “butcher’s breakfast,” Tujague’s started offering their version served at a slightly later time, hence creating what came to be known as brunch. Eventually, the restaurant’s focus shifted to serving traditional French-Creole cuisine for lunch and dinner including trademark dishes like boiled beef brisket and chicken bonne femme. Tujague’s was also revered for slinging stiff cocktails—it boasts the oldest stand-up bar in America—and created the Grasshopper in 1918, which can still enjoyed today. Tujague’s has changed hands several times over the decades, ultimately landing with current proprietors Mark and Candace Latter, who re-established the legendary eatery as one of the city’s brunch mainstays. In 2014, the culinary icon saw the return of its famous five-course “table d’hote” menu, which was the only offering from 1856 to 2013. In 2020, the restaurant relocated to 429 Decatur St., a newly renovated, three-story building that features eight refined dining rooms, an exterior balcony, elegant courtyard and an inviting bar area, all of which are beautifully adorned with New Orleans charm and historical Tujague’s décor. Popular menu items include Shrimp Remoulade on Fried Green Tomatoes, Shrimp and Grits in New Orleans-style BBQ sauce, Herb Chicken on Parmesan polenta with truffled mushroom salad and Crawfish Bread Pudding with étouffée sauce. Don’t miss their special events like the Sazerac in Seersucker Bourbon Dinner on June 16, or "Poppy's Drag Queen Brunch" held on the last Sunday of each month.