Time Out for Brunch! 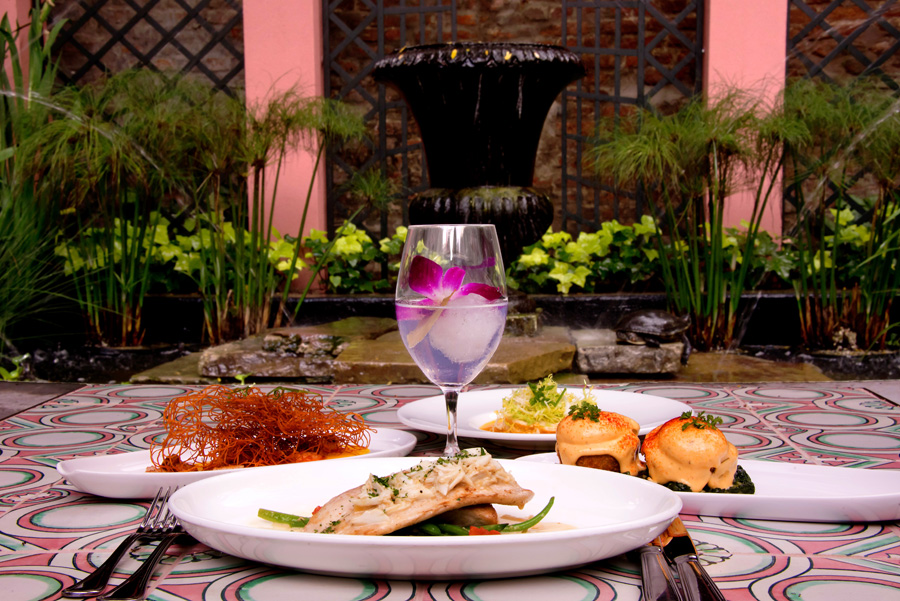 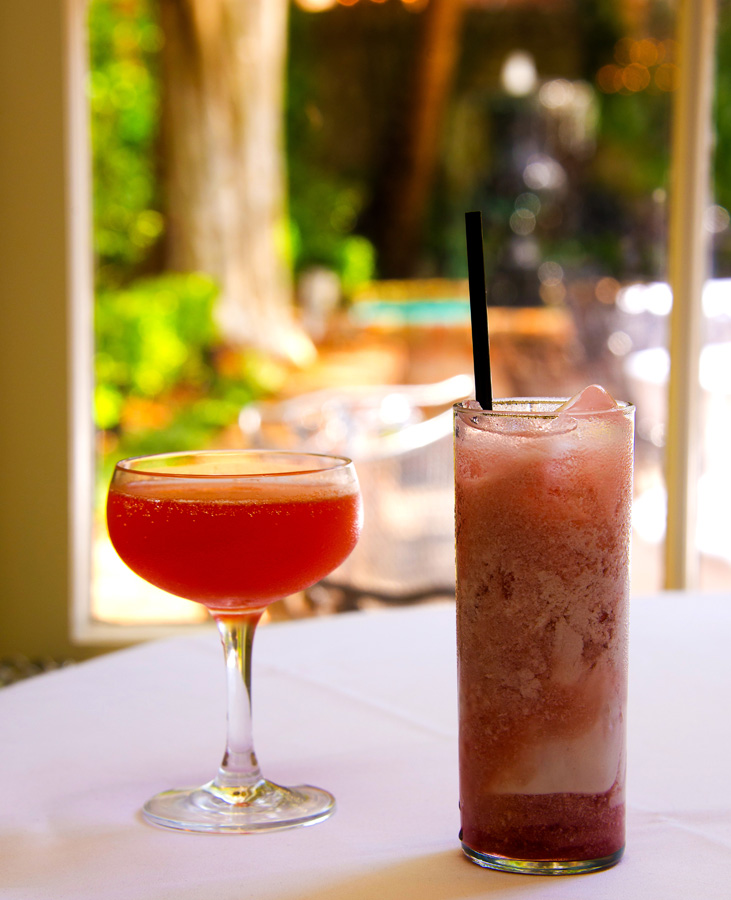 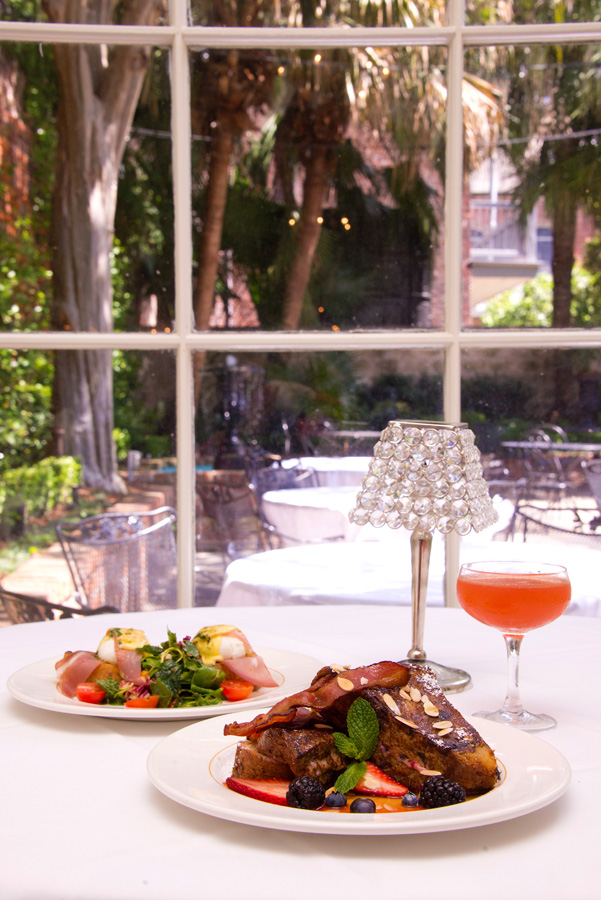 Dining out in New Orleans is always a treat for locals and visitors alike. A late breakfast or hearty brunch is a popular way to get the day started, whether followed by work, meetings, shopping, mild exercise or whatever. Or a long brunch, accompanied by cocktails, is also in the cards for enjoying a special event, such as "Sunday," meeting new friends, or just being in New Orleans.

If brunch is on your schedule, or even if it's not, here are some very fine places among our favorite French Quarter eateries to find a welcome repast.

Originally constructed in 1834, the building was the Borrello family mansion, parents of aspiring Chef Joseph Broussard's fiance, who gifted the young couple with the mansion as a wedding present.

Here, the newlyweds created the restaurant, based on Broussard's culinary studies in France and the Creole cuisine in New Orleans. Along with other family members, they operated the 5-star restaurant for the next 45 years until their deaths, one month apart, in 1966.

The landmark restaurant was sold several times over the next nearly 50 years, and each group added its own legacy to that of the original family's. Today's owners, the Ammari Family, honor the traditions and history and continue the culinary excellence with Executive Chef Neal Swidler in the kitchen.

Hidden from the street, the centerpiece of the muti-room restaurant is an enchanting, huge courtyard with a fountain and lush landscaping, a favorite spot for a Sunday jazz brunch. Chef Neal's menu is set up to offer creative dishes to please individual guests' tastes.

A cocktail is a wonderful way to begin, perhaps paired with a delicious appetizer, like Shrimp Toast with pickled okra slaw or cornmeal-crusted Oysters Rockefeller. A guest favorite, bottomless Mimosas are available for $12. From carafes of various fresh juices as well as endless bottles of Cava sparkling wine.

To add to that, the Empire Bar offers a cocktail selection from noted Barman Paul Gustings including Brandy Milk Punch, Ramos Gin Fizz, Bosom Caresser and Corpse Reviver, along with traditional Bloody Marys and other concoctions.

Other apps are the Shellfish Bisque with crab, shrimp, roasted red peppers and sweet corn. Salad lovers will be thrilled with the Satsuma Avocado Salad with bibb lettuce and jumbo lump crabmeat; Shrimp and Artichoke Remoulade with deviled egg: Pecan, Pear, Bacon and Blue Cheese Salad; and Fresh Fruit with grapefruit sorbet and strawberry coulis.

A featured entree selection, the Eggs Benedicto is Chef Neal's spin on the traditional Eggs Benedict, with an Italian twist. Poached eggs are wrapped in prosciutto and placed atop focaccia bread with basil Hollandaise sauce. A warm sundried tomato and arugula salad accompanies the dish.

Caribbean Sunrise is another take on the brunch standard. The poached eggs rest on crispy crab croquetas with citrus Hollandaise and smoky black beans. Broiled Black Drum Rosalie is enveloped in a mustard and rosemary crust and finished with a ginger-apple glaze. The Gulf shrimp and crabmeat cake is served with whipped sweet potatoes and pickled okra tartar sauce.

Other delicious preparations from Chef Neal's kitchen are shrimp and grits, biscuits and gravy, pain perdu, a Cuban sandwich and Broussard's burger.

Just a block away at the Royal Sonesta Hotel, the staff at Restaurant R'evolution are also busily prepping for Sunday Jazz Brunch service.

The restaurant, a joint venture between two award winning, world-renowned chefs, John Folse and Rick Tramonto, showcases cuisine creations based on the culinary culture of the seven nations that influenced the state's history.

Modern takes on Creole and Cajun classics are offered along with interpretations of gastronomic traditions from other settlers who inhabited the swampy region, many bringing plants from their native lands. Today, the restaurant sources much of its fresh seasonal produce, meats, seafood and other foodstuffs from Louisiana fields, farms and water bodies.

Eggs Sardou with artichoke, Absinthe and Hollandaise can also be prepared with the addition of oysters or crab. Eggs a la Crème, a dish with scrambled eggs, crawfish, and today's Cajun caviar, was documented in the1860s as a Creole breakfast dish. Duck Confit is the star of a dish with poached eggs on toasted brioche with warm potato salad and duck bacon.

Eggs are also featured in dishes with sugar cured ham, boudin, beef debris and house made meats and artisan breads.

When it comes to brunch, the iconic Brennan's literally wrote the book) -- "Breakfast at Brennan's," with more than 155,000 copies in print.

Acclaimed Chef Slade Rushing came on board as executive chef to lead the kitchen crew. Rushing's style is rooted in the Creole classics and traditions, while bringing modern techniques and contemporary tastes to the table as well.

For brunch starters, the turtle soup with aged sherry or seafood file gumbo with crab, shrimp and oysters are hard to beat. Another not-to-miss dish, roasted Veal Sweetbreads is accompanied by black truffle grits, bacon lardons and sherry bacon jus.

Egg dishes are very special at Brennan's. The Artisanal Eggs Benedict is layered on house made English muffins, Canadian Bacon and topped with Hollandaise. Eggs Hussarde rest on house made muffins, with prosciutto and are served with both Hollandaise and Marchand de Vin sauces.

Entree dishes include a Fried Oyster salad with butter lettuce and a Creole Spiced Shrimp Salad with hearts of palm, avocado and lime dressing. Fin fare is represented with Pompano a la Plancha and Grilled Black Drum with lobster sauce.

Meaty treats are exemplified by Classic Steak Diane, a Two-Run Farms Lamb Burger and Filet of Beef Roscoe, with wilted spinach, brioche, seared foie gras, an egg over easy and Sauce Perigourdine. A Croque Madame Royal is another delicious option.

Desserts include a famous Brennan's creation, Bananas Foster, as well as Vanilla Crème Brulee, Spiced Pear Napoleon, the Chef's selection of artisan cheeses and other sweet treats along with some coffee cocktails.

While the previous suggestions are from the French Quarter's "grand" dining establishments, Wink's World Famous Buttermilk Drop Bakery and Bistro is decidedly a simple, "down home" kind of place.

Located across from the historic French Market, the business is famous for more than their Buttermilk Drops. Dwight Henry the proprietor and head baker starred in the Academy Award winning films, "Beasts of the Southern Wild," and "12 Years a Slave." In fact, Henry named the bakery and bistro after the character he played in "Beasts" "

Henry perfected the buttermilk drop recipe - and taught his kitchen team how to prepare the much loved treat for when he is on location making a film.

The buttermilk drops, which resemble a large doughnut hole, come in original glazed, cinnamon sugar and chocolate hazelnut. According to reports, the drops are made with both doughnut and cake batter, and are slightly crisp on the outside with a fluffy and moist texture inside.

Lunch specials are offered daily along with chicken, shrimp and tuna salad sandwiches, or, served over a bed of lettuce. Fully dressed burgers made from New Orleans' style hot sausage, beef, turkey and veggie patties are served with French fries or sweet potato fries.

Pound cakes are available in seven flavors: lemon, strawberry, cream cheese, butter nut, chocolate chip, blueberry and apple cinnamon. And, we hear that the coffee is some of the best in town!