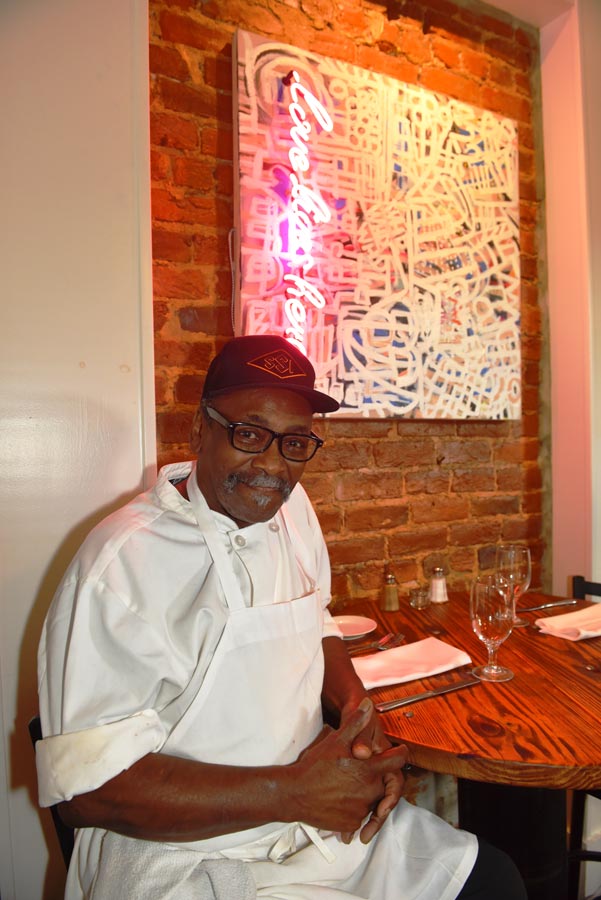 Chef Milton Prudence has created a legacy in Southern and Creole cuisine cooking in the Crescent City. As Executive Chef of Annunciation Restaurant, Prudence brings his unique style and taste to every dish, giving diners a true New Orleans dining experience.

Milton’s personal history in the culinary scene in our city is just as inspired as the delicious meals coming out of his kitchen. Born in New Orleans, Milton’s family moved to Providence, Rhode Island where he was raised. When he was of age, he joined the Marine Corps. After he was discharged in 1968, he stopped in New Orleans on his way back to Providence and never left. This city does have that magical effect on people. His first job in the restaurant industry was as a dishwasher at the iconic Galatoire’s, where he impressively worked his way up to Executive Chef in his 34 years there. Before finding his home at Annunciation, he also worked at Tommy’s Cuisine and Creole Cuisine.

When he arrived at Annunciation, Prudence set up his menu with his take on traditional Creole and Southern Cuisine. What he finds exciting about being a Chef in New Orleans is the abundance of dishes that come form our French Creole and Cajun ancestors. “As chefs, we just take those dishes and run with it; making it our own. Our cuisine is elevated but true home cooking. For example, there are 99 ways to make gumbo. Everyone has their own recipe and spin on this traditional dish; but at the heart, you still have the roux.”

In addition to the delicious dishes on the menu, Chef Prudence has created a “Coolinary Menu” that goes through September, and has an amazing Réveillon planned for the holidays. His menu includes classic New Orleans dishes such as Oysters Rockefeller, Shrimp Étouffée and Godchaux Salad to more contemporary twists to classics such as Veal Annunciation and Soft-Shell Crab Monica.

When you dine at Annunciation, know that you are seated at Chef Prudence’s table. Here, you will be treated like family.