Urban Grit and the Particles In Between 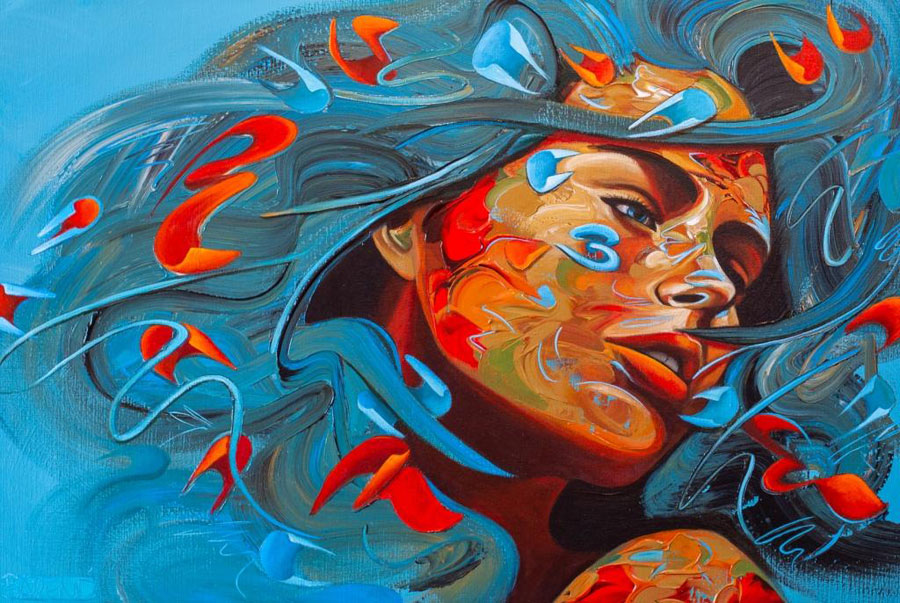 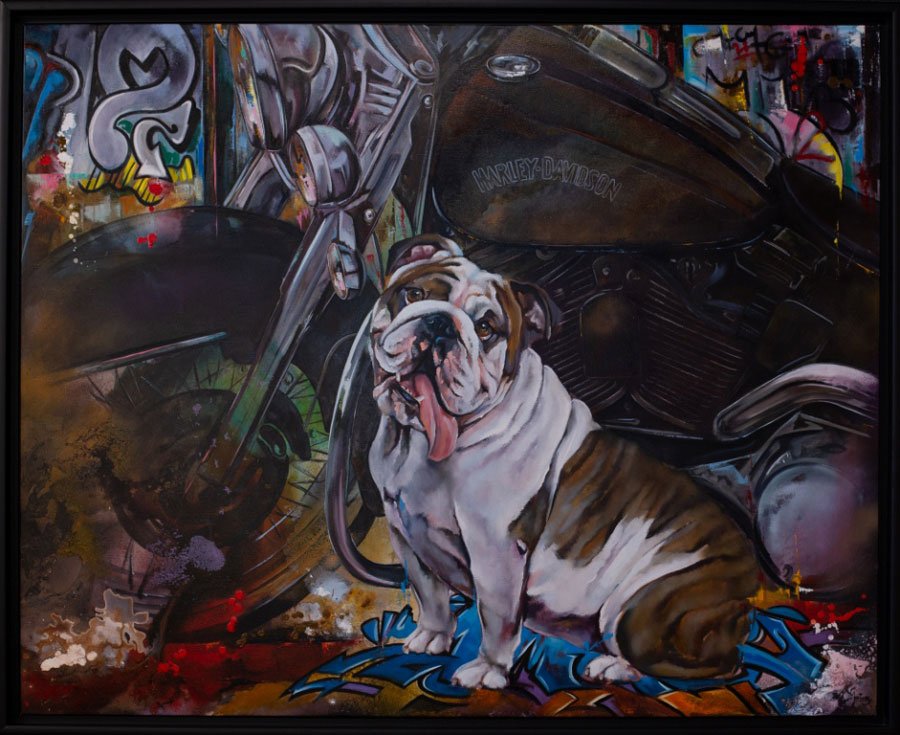 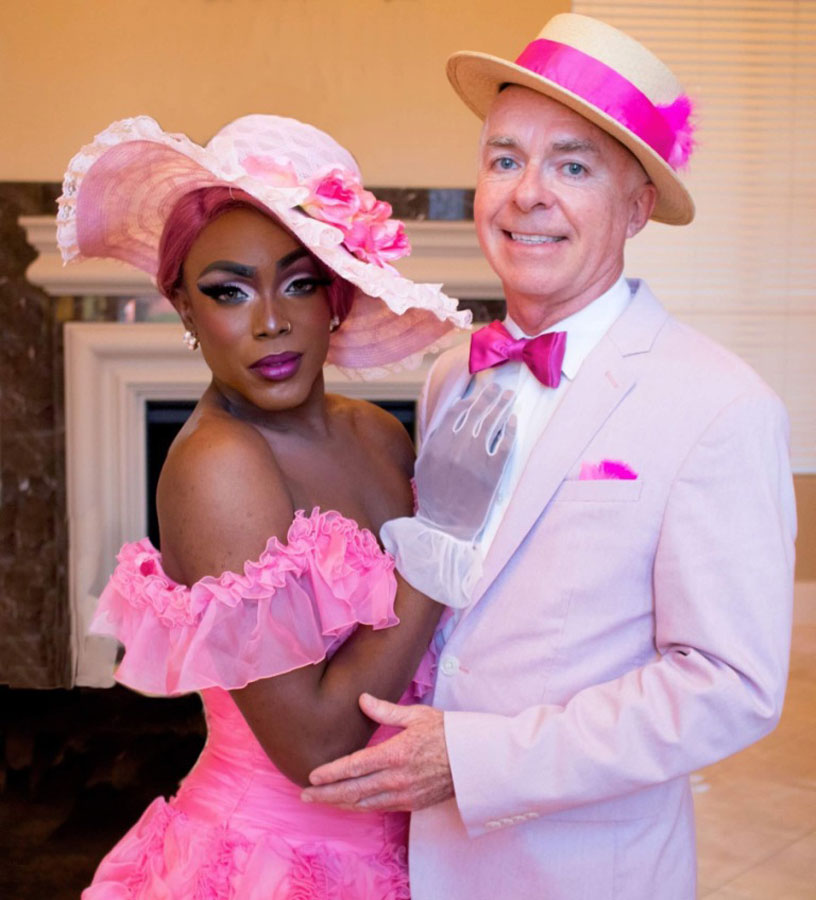 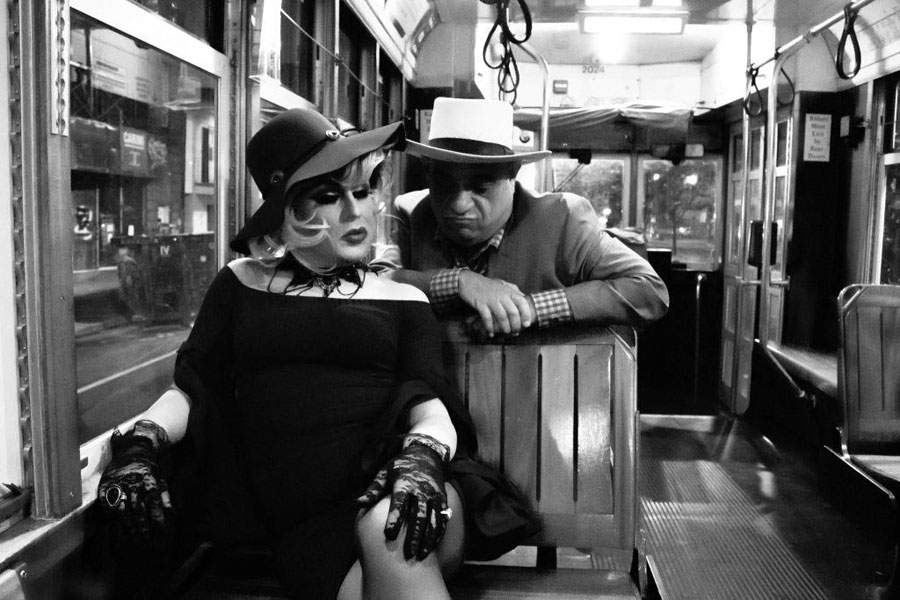 Never underestimate the power of coming home. I used to. I couldn’t wait to move away from my small-town Louisiana life and head for the big city. Any city, it didn’t matter, I just wanted-no, needed-lights, and action, and a functioning gas station after nine thirty.

While every other aspect of culture found nirvana and smashed some pumpkins, the art world looked on with delight. After all, it had been doing grit and grunge since the eighties and was wondering when the rest of the world would catch on. Cities like New Orleans, New York, and San Francisco all had communities of artists who not only focused on grunge and grit but brought the urbanization of America and its art to the forefront.

New Orleans has always been a leader in what we refer to as the “urbanization of everything”. Music, movies, writing, and most of all art, is a celebration of city living; no matter how good, bad, or ugly.

Galerie Rue Toulouse at 509 Royal Street is showing that they understand what urbanization means today. No longer are we purposely focusing on the grit itself, but on the fact that we, as a society, have embraced it. With a collection by French painter Guy Martinez, French Art Network, the parent company of Galerie Rue Toulouse, cultivates a collection that is not only urban but delightful at the same time. Martinez’s paintings remove most people from the equation by either not showing their faces, or by limiting their presence to just a faint hint of a stiletto or a hand. He uses French Bulldogs as subjects, engagingly adorned in a variety of stylish accessories from spiked collars to jewel encrusted tiaras. Human counterparts are painted with hand tattoos and piercings, and are dressed in urban wear that is unmistakably fashion influenced. The backgrounds of the paintings are festooned with graffiti and social messages and convey the overall look of an urban, chaotic delight. Harley Davidsons and sleek muscle cars sit aside a few of Martinez’s dogs and we get the feeling that this canine companion calls the shots for his fashionably and somewhat out-of-focus master.

Using the likes of French Bulldogs to relay the message of urban grit and grime in a positive way is something that we have seen only recently. Artists like Martinez are starting to understand what society needs from its art, and they have committed to deliver. Gone are the days of an artist having a handful of benefactors who hoard their collections and commission an artist over and over, simply because they are the only people who understand the artist’s vision. Today, artists want to be understood by, and want to understand what it is, that makes people want to make their creations a daily thing in their lives. Martinez is leading the pack of artists who have decided that instead of painting only what an individual wants, or painting only what society will accept, they will create works that compromise boundaries and, in turn, create new movements.

Galerie Rue Toulouse’s Esther Barend is following the same school of logic as Martinez, with a far different finished product. Barend creates the busts of women with the same loose and textural qualities of the painted graffiti we see on the sides of buildings in and around the Bywater. One cannot help but recognize the quickness of hand, the deliberate restroking and removal of paint from one color to another to create death and texture. The texture itself is an object to be studied with this artist. She manages to season each painting with so many different lines of texture that we almost become lost trying to follow the maze of colors, strokes, and definition in the hair and eyes. Much the same as the streets within a city, her gestures cross over one another, create short cuts to and from the center image’s face, and bring you right back to where you started. Barend, by creating an urban feel, has chosen a more modern message for us to unveil. The power and strength hidden within a woman. A message that is in the forefront of our daily lives has been transformed onto canvas and depicted in a way that make us bolt up with attention. Her painting “Coming Out of the Blue” seems a literal translation of the action happening in the painting: a perfectly formed face pushes through the blue surface of the canvas, while pools of blue collect and run from her cheeks and forehead. The piece is captivating, and enticing, and if you like color and texture you will relish the urban message this artist has for you. The great thing is that the message is basically left up to you. Another artist who feels that leaving the viewer with a bit of control will have them embracing and welcoming their imagery rather than setting foot to battle it. www.frenchart.net

New Orleans phenom Arthur Severio is taking more than just pictures. He is documenting the growth of a city and its people on the rise. Severio captures images both candid and staged that define a certain New Orleans, and a people that are rolling around in true urban grit and loving it. “Easter Parade” is by far the best, as we see cultural elements unite and blend together with the bright pink edges of an event that is lauded amongst the LGBT community in the French Quarter. The slight lean of the female figure and the smile of her gentleman leave us wondering and invite us to interpret an image that many might just see as a photo. But it isn’t a photo, it is a visual account of an event in a city where events are everything. The delicately gloved hand of the female is beautifully posed on the chest of her male companion, and we can’t help but feel an opulent elegance to this Easter Parade, without so much as a bunny, Chris Owens, or a float in sight.

Severio’s eye is very easily compared to Mapplethorpe as we venture into his more provocative nudes. I like that these nudes aren’t perfect specimens of masculinity. Again, he has left things missing and yet we still feel whole. I found these men to posess a sexiness and an allure that I would normally not even connect with. That’s when I knew I had a photographer that could justly document our world. That would not only take images of our times, but TAKE IMAGES OF OUR TIME!!

A photographer who makes me realize something I didn’t know about myself and realize I am putty in his ever competent, creative hands.

“Magic” and “Rome “are examples of Severio’s stage eye. Developed no doubt from his years as an entertainer himself, Severio has placed physically beautiful people in poses and emotions that are not easy to read, but easy to consume. I wanted to be in every picture. I wanted to be as fancy, as beautiful, as mysterious, and as naked (well maybe not as naked) as his subjects.

“Magic” is timeless. With just what we are given in the photo, we have no idea when this might be happening. The tilt of the lady tipping her hat to hear the secret proposition being delivered. Well, that’s my interpretation anyway. What is glaringly obvious is that it is in New Orleans. The heart of the city beats hard through the photograph and screams with the new urbanization of art. “Rome,” on the other hand, is simply put, a decadent swirl of beauty and street trade. Two very different subjects in one photograph, both equally as beautiful. That is what a city is: a meshing of things more interesting and more enticingly different than the next and the last.

Clean and beautiful images of city life reflect the way its citizens see it and feel about it, not how we assume outsiders misconstrue it.

Severio sets the bar high for incoming figurative photographers. He is a genius behind the lens of a camera with some pretty cute eyeglasses to boot. www.aurthurseverio.com

It’s no secret that I love NOLA, but what some of you might be surprised to hear is that I love my small Louisiana hometown too. I have grown to understand that sometimes you must leave home to realize what home even means, and you have to realize what home even means to understand this amazing world we share. I bring the grit back to my little home town. What I left home to find, I now represent.