Stepping Back in Time in the "Paris of the South" 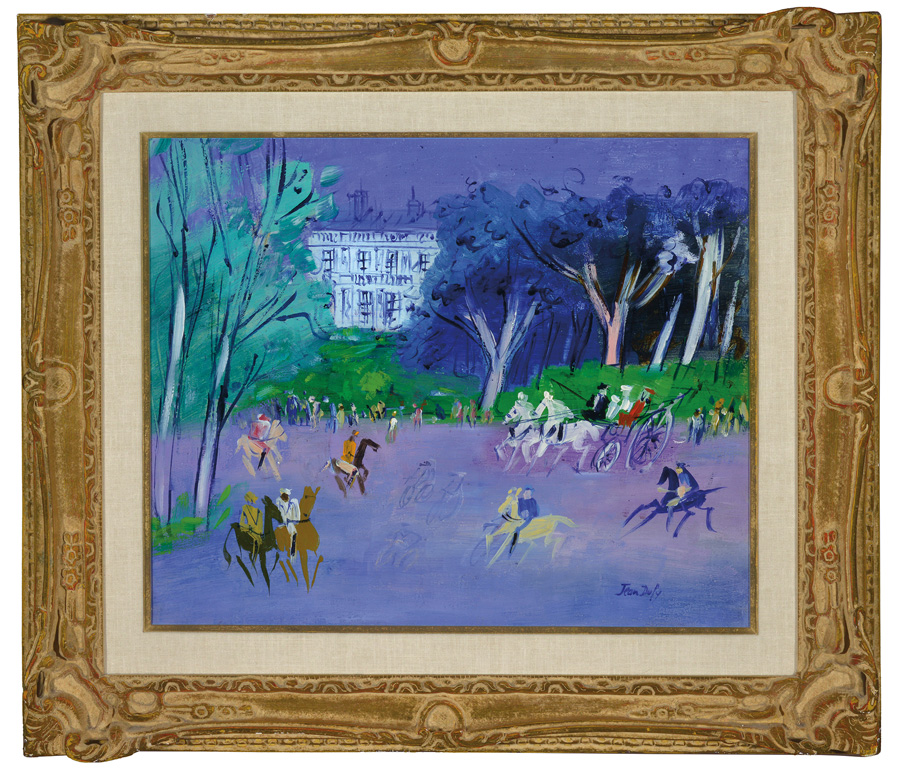 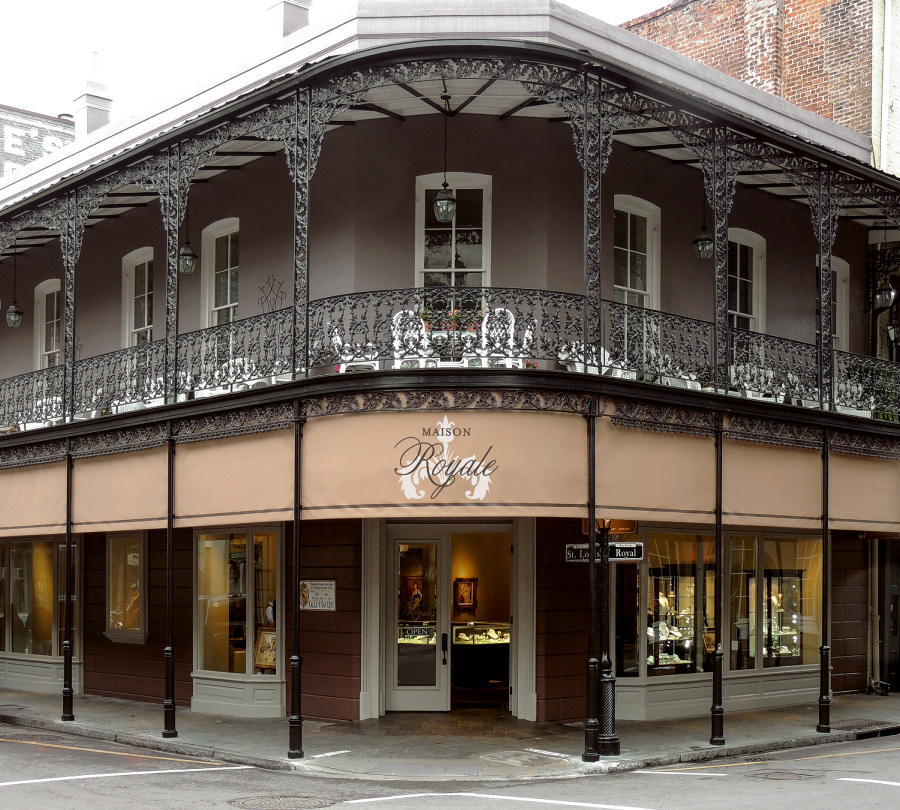 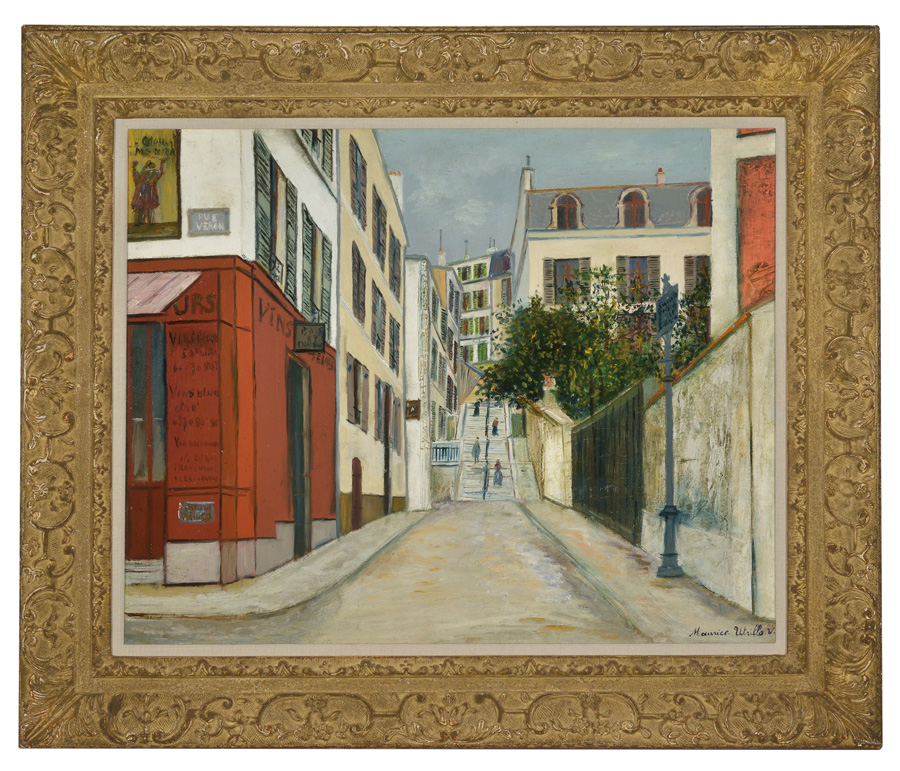 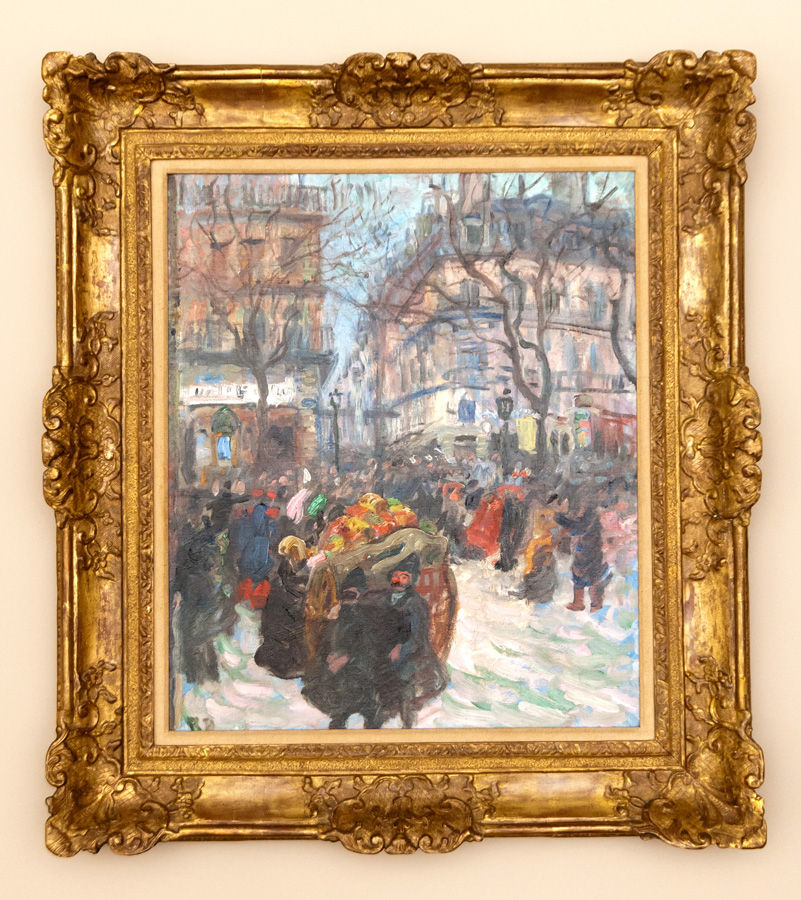 Sipping Cafe au Lait while indulging in buttery, golden croissants at the Croissant D'Or Patisserie, we stepped back into a time when time itself was savored and sipping coffee with friends was a special daily ritual. For a moment, we thought that we might walk out the door and see the top of the Tour d'Eiffel peeking at us from behind a row of Haussmann apartment buildings rather than the Ursuline Convent nearby.

New Orleans, with its diverse culture and unique charm is often called the "Paris of the South" due to its romantic ambiance, aesthetics, and architectural design. Each is complex in its offerings and diverse in its appeal, with a history of artistic originality and a culture that revolves around creativity and expressiveness. It is no wonder that in the earlier days, New Orleans was known as "Little Paris."

As we sauntered through Jackson Square with many artists setting up easels, it brought back fond memories of tales of Place du Tertre when Montmartre was the mecca of modern art. At the beginning of the 20th century, many penniless painters, including Monet and Picasso, were trying to scratch out a living in that bustling Parisian neighborhood. As we strolled and perused the art along the cast iron fence with fleur de lis finials, we wondered"... might a future master be among us?

We wandered down Royal Street and into Maison Royale, an exquisite gallery specializing in fine art, rare gemstones and finely crafted jewelry. The tremendous display is hand selected by both Jack Adams, third generation jeweler from a renowned family of jewelers in New York and Rick Sutton, third generation merchant of fine art in New Orleans. They greet us warmly as we browse through the incredible treasure trove and feel like we have stumbled into one of the fine shopping gallerias in Place Vendome in Paris. Among the many dazzling treasures, we were drawn into the Salon where we were mesmerized by Impressionistic paintings that rival those one may find in a salon of the Musee d'Orsay.

Rick Sutton made us feel at home as our eyes settle on a cityscape painting of a Montmartre plaza titled, "Passage Elisee des Beaux-Arts, Montmartre" by Maurice Utrillo. He points out that Utrillo is one of the few famous painters of bohemian Montmartre who was actually born there. Utrillo was the son of artist Suzanne Valadon, a protege of Degas. Born with a natural talent, Utrillo is widely believed fathered by Renoir or Degas. With only the training by his mother, he drew and painted what he saw in Monmartre. By 1920, he had achieved international acclaim. In 1928, he was awarded the Cross of the Legion of Honor by the French government.

We admired a Parisian carnival scene in by Raoul Dufy, a French Fauvist painter noted for scenes of open-air social events. Fauvism is the style of a group of early twentieth-century Modern artists whose works emphasized strong color over the realistic values retained by Impressionism. The Fauvism movement, led by Henri Matisse and Andre' Derain, flourished only from 1904 to 1908, and had three exhibitions. It is evident that impressionist landscape painters such as Claude Monet and Camille Pissarro influenced Dufy profoundly. Dufy's cheerful oils and watercolors depict events of the time period, and this lovely "Carnaval a Paris" circa 1904 would be appreciated by all who have endured Fat Tuesday.

Raoul's younger brother and yet another internationally renowned painter, Jean Dufy, painted a striking equestrian landscape masterpiece in shades of blue titled, "Cavaliers et Caleche au Bois de Boulogne." Jean Dufy's work has become highly regarded and extremely valuable in the post-impressionistic world. In his oil paintings and watercolors, he represented Paris using a constantly evolving creative process dominated by a harmony of blue tones. For Jean, blue was an insatiable source of inspiration for the Gates of Paris, the streets, the horse-drawn carriages, the Eiffel Tower, the sky, and the Seine.

Though it is difficult to select just one, my favorite painting in Maison Royale may be a Parisian street scene by Édouard Leon Cortès titled, "Rue de La Paix." One of the most prolific and recognized artists of his generation, Cortès was a post-impressionist French artist known as the "Parisian Poet of Painting." Around 1900, he began to paint the scenes that he would become most famous for, Paris' streets and monuments in a variety of weather and night settings. Mr. Sutton explained, "Cortès noticed the reflections from the lights when he was walking one rainy night and he began to include them in his paintings." In his last year of life he was awarded the prestigious Prix Antoine-Quinson from the Salon de Vincennes.

Constantin Kluge was an award winning painter from Russia who spent his formative years in China. He eventually settled in Paris and became a French citizen. It was in China that he learned a respect of the handling of the brush and the appreciation of the beauties of nature. He is known for his French landscapes and romantic scenes of Paris. His joy in painting the river banks, bridges, and streets of Paris he had come to love are evident in his painting where you may feel as if you can almost wade into the Seine.

He has been described by French art critics as a painter of poetic realism.

These are just a few of the many highly regarded paintings that are available at Maison Royale. You will also find paintings by Eugene Galien-Lalou, Hughes Claude Pissarro, Albert Charles Lebourg, and many other accomplished artists of that period.

Indeed, when art collectors gaze upon the fine art treasures at Maison Royale, they acknowledge that the gallery does not just have paintings by renowned artists, they hang only the finest paintings... the paintings that these artists truly enjoyed painting. When shopping in the French Quarter, treat yourself to the best in fine art and exquisite jewelry at Maison Royale, which has been located at 501 Royal Street since the early 1960s. Their knowledgeable and friendly staff will make your visit a memorable and delightful diversion in the Paris of the South.