It Starts at the Heart 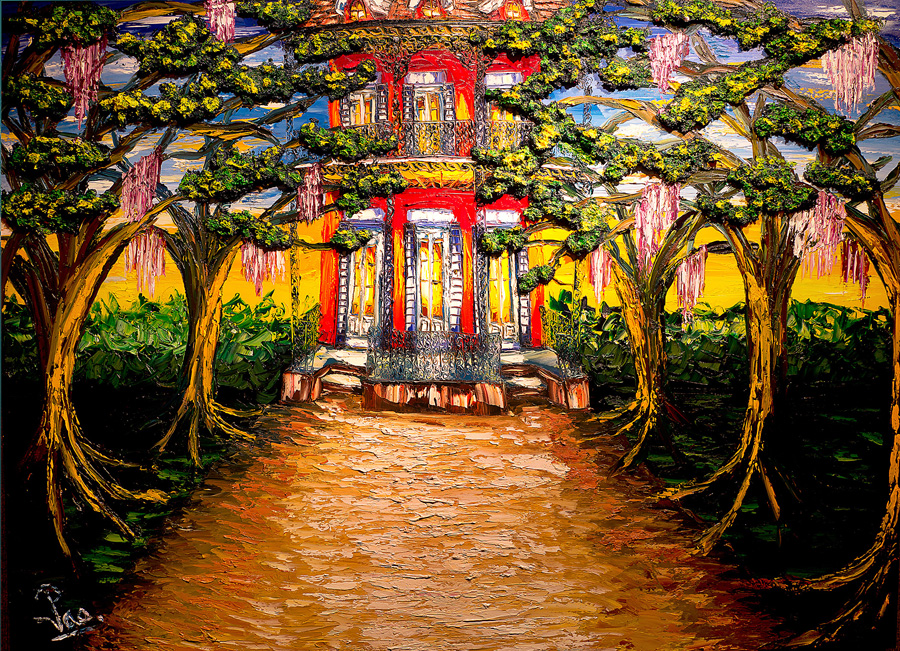 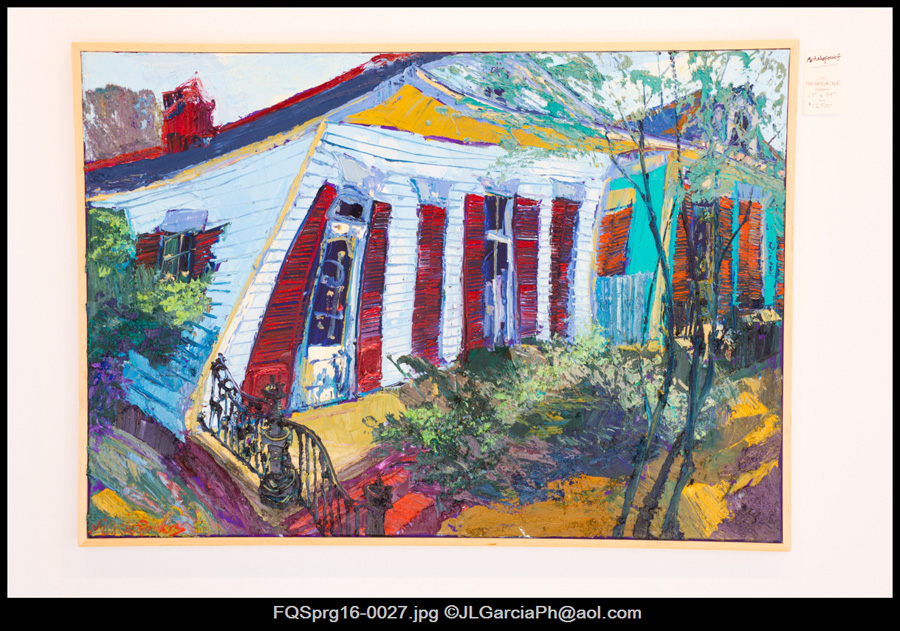 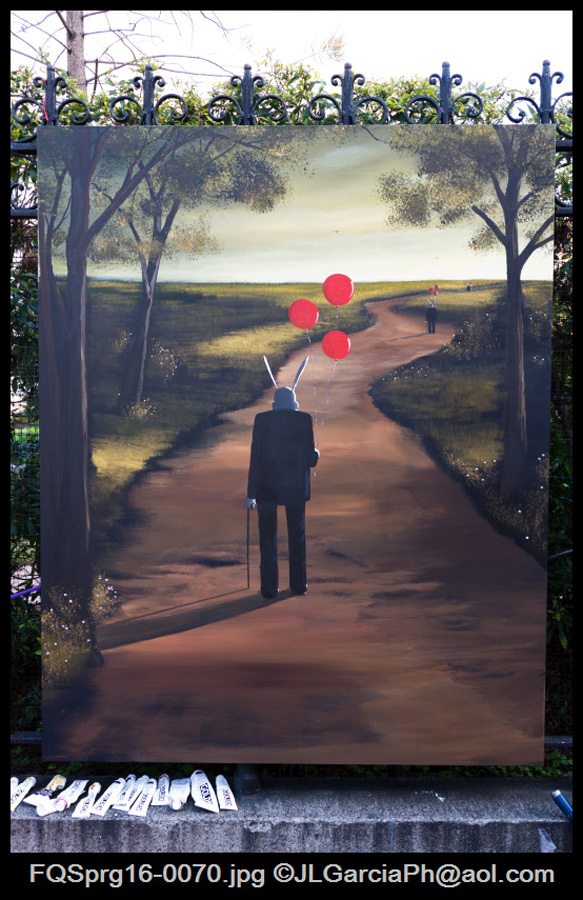 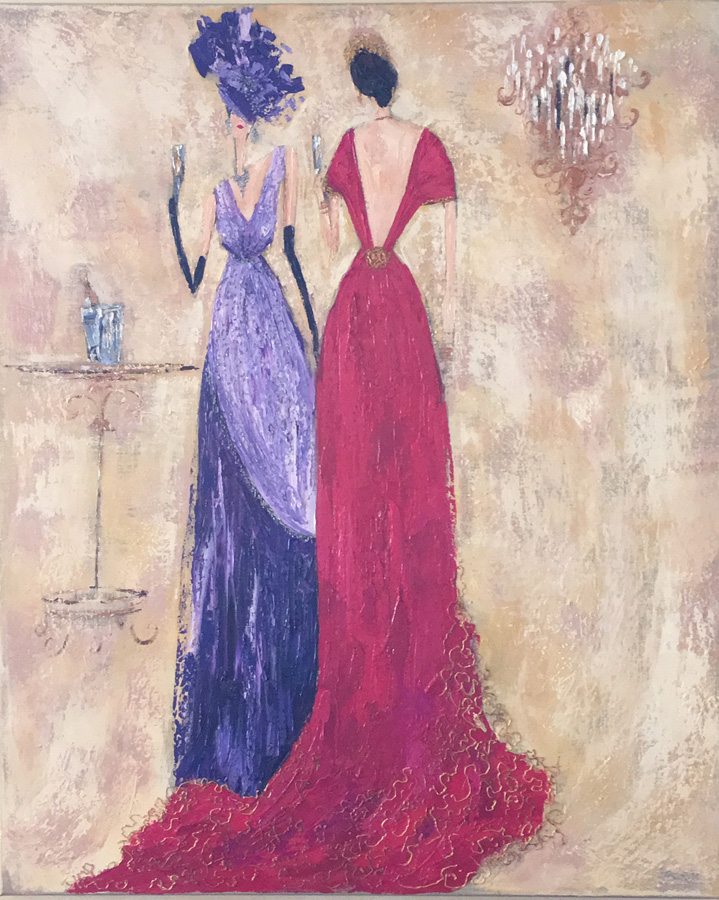 Art starts at the heart. Literally, when referring to the French Quarter. Jackson Square is in the heart of the French Quarter and is also the center of the local art scene. The Square has been the launch pad for many successful New Orleans artists.

Artists have gathered and displayed their works in Jackson Square from as far back as anyone can remember. It has been rumored, that Civil War widows sold drawings on the fence after the war as a source of income. In the early 1970’s, New Orleans issued licenses for artists to show and sell their work. Class “A” allows artist to show in Jackson Square, while Class “B” license is issued for Pirates Alley and Royal Street displays.

To go from selling art on the street to getting represented by a reputable gallery, or actually owning their own gallery, takes more than just hard work and determination. It also requires an abundance of talent and more than a fair share of sacrifice. Two things the following artists have in common, their art comes from their heart and they got their start in the heart of the Quarter.

Caliche and Pao, an artistic couple, became members of the Jackson Square art scene in 2002, and within seven years, were able to open their own gallery. The couple now have two galleries in the Quarter, both located on the prestigious Royal Street. Caliche and Pao’s works are solely housed at 312 Royal Street. There is a collaboration of Pao’s portraits and landscape paintings and several other artists including Caliche’s brother Ricardo, at the 313 Royal Street location.

Tanner also started in the Square nearly thirteen years ago. In March of 2010 he was able to open his own space, Tanner Gallery located at 830 Royal Street. Tanner creates his masterpieces by relying on memories from his childhood in southern Alabama, a time and place he holds dear to his heart.

Michalopoulos is a name synonymous with New Orleans art. Michalopoulos maintains a gallery at 617 Bienville Street. His use of thick paint and vibrant colors creates illuminating light that gives the feel of walking through the streets of the city. Through his works, you will experience the eclectic neighborhoods and the many different cultures our great city has to offer. He states on his website, that he has no formula. His art is from the “heart”. It is evident he loves the city of New Orleans, its architecture, the music and the people. James Michalopoulos never sold art in Jackson Square, however, he did paint on a publicly- owned fence on Bourbon Street in the 1970’s. It was not an easy journey given the many trials and tribulations of scouting the right location to showcase his work and dealing with the elements. He has certainly earned his fabulous spot on the corner of Exchange Alley and Bienville Street.

I’ve been keeping my eye on Danny DeLancey. More than likely if you have walked down Royal or Pirates Alley in the last year or so, you’ve seen him too. Danny has been painting all his life. With the encouragement of his father, who also shared his passion for art, Danny entered and won his first art contest at the age of five.

In 2004, Danny started selling his paintings outdoors on Bourbon Street and eventually found his way to Pirates Alley. This past year, he created a series titled, “The Stroll”’. Featuring a sharply dressed rabbit holding bright red balloons, this series is symbolic of Danny’s life’s journey. The balloons represent the special relationship he has with his daughters.

Exciting opportunities were presented to Danny in 2015, one being the privilege to hang his art in the Tresor Gallery. Tresor Gallery has two locations in the Quarter. Danny’s work is exhibited at the 811 Royal Street location. Tresor Galley houses a diverse collection of national and international contemporary artists such as, Kazu Tsuji, Vinsantos, Mark Andrew Allen as well as Tim Burton, who displays several storyboards there.

Danny is passionate about his work, and always takes time to visit with interested tourists and potential clients. He’s also been known to share the paintbrush with curious children, aka, young aspiring artists. Danny’s life has taken him down many different paths, however, the journey keeps leading him back to his art.

You can find out more about this fascinating artist on Facebook@DeLancey Art.

Another artist on the rise, is Isabelle Jacopin, originally from France. Isabelle has been painting in the Quarter for over 17 years. She also, at one time, painted in Pirates Alley; now she has a bustling studio in her home on Royal Street. Isabelle is known for her lively images of musicians and festivals that represent the lifestyle of New Orleans. She recently unveiled a new series of paintings that were inspired by the novel, “Welcome to the Garden Club”. The series titled, “New Orleans Elegantes,” captures the day-to-day social life of locals in the Quarter. November 2015, Isabelle’s submission design won her the coveted prize of creating the official poster for French Quarter Festival 2016. She will be the featured artist of the festival with a booth in Jackson Square for festival weekend, April 7th – 10th.

Isabelle closed out 2015 with a solo show at Brand New Orleans Art Gallery, located on Tchoupitoulas Street in the CBD.

Congratulations Isabelle on having such a successful 2015 and a great start to 2016. Check her Facebook page @ Isabelle Jacopin, for updates on her shows and her Open Studio dates.

Success is measured in many different ways. For some artists, selling enough to make ends meet is success. And for other artists, success is building a clientele of repeat customers. Then there are artists who have set high expectations for themselves and through hard work and determination, have succeeded in owning their own galleries.

So the next time you wander through the French Quarter or stroll through Jackson Square take time to get to know the artists. And remember, whether you’re creating art, selling art, buying art or using art to help others, it starts at the heart and it’s good for the soul.