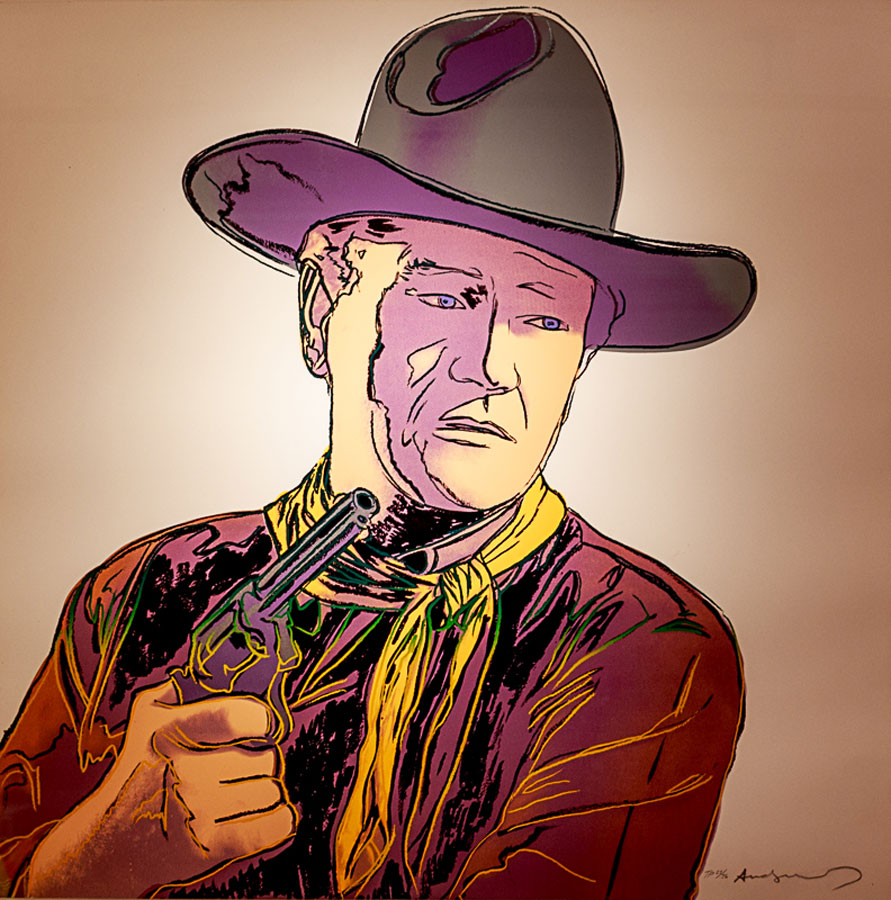 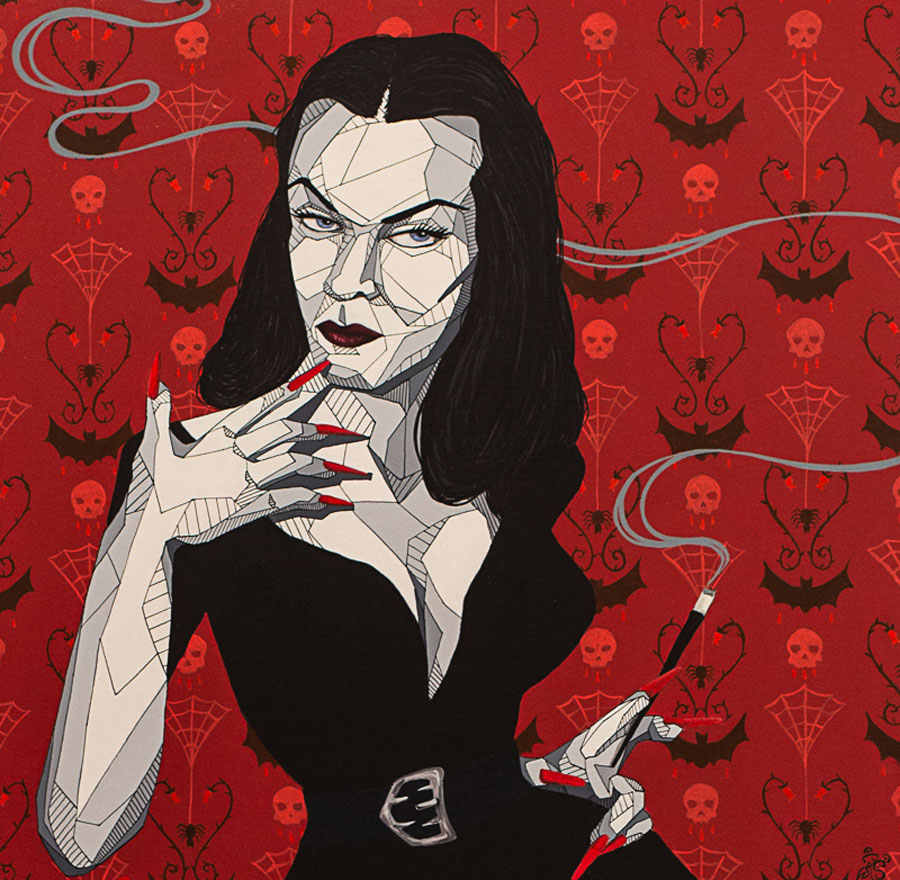 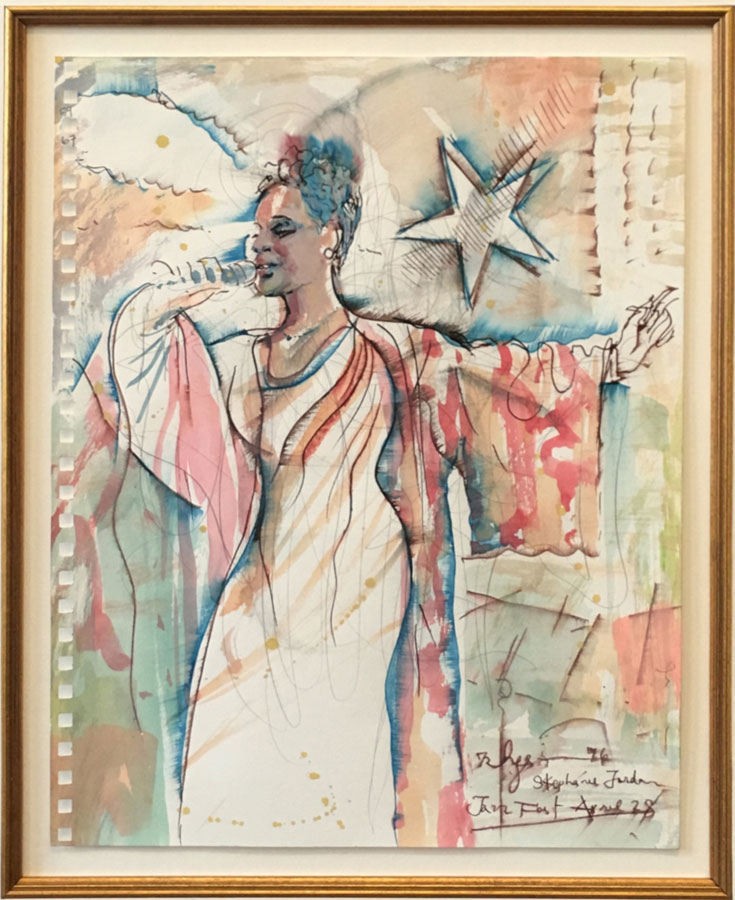 From the first moment I saw Molly Ringwald apply the shiny pink lip-gloss using only her cleavage I knew God had made the right decision in making me a boy. While I do have lips that could sink ships, if I had had that cleavage, I would have done far more scandalous things with it than applying lip cover up. Nonetheless, my appreciation for the art of it and the talent was present and accounted for. Some might say I have been blessed to be surrounded by talented people my whole life. My cousins David and Chris could sing; Cindy could draw; Darrin was a football star; Kristie could twirl flag; Jodie had a knack for rebellion, aside from having a cast iron liver; my cousin Dwain’s smile could light up a room; and my Aunt Shelia’s brownies could have resolved the Cuban missile crisis. Having so much talent around me every day was the catalyst that drove my desire to support the gifts and talents of others without ever becoming jealous. Well, okay maybe I wanted and wished for a cast iron liver at some point in my life, but hey, who hasn’t?

Being able to celebrate other people and their gifts requires a tremendous amount of self-awareness and appreciation. Knowing what you bring to the talent table is the key to being able to give yourself the gift of appreciating the creations of others. Yes, it is a little bit selfish, but what isn’t? You have to love yourself first before you can love anyone else, and just like those pro-wrestler flight attendants on my recent United flight to Chicago reminded us, you must place the mask on yourself before you place it on the face of you friend.

Recently, to my squealing delight(an activity I don’t do very often, unless you know me that is), I was given the opportunity to meet a New Orleans artist that not only redefines an art form with his amazing creativity but taps into and celebrates the gifts and talents of not only artists, but people in general. Vincent DeFonte, affectionately known by his stage name Vinsantos, has revolutionized the world of assemblage art and the craft of doll-making and mashed them together to create a new and exciting artistic dish for the tasting. Funeral Gallery at 811 Royal Street is home to Vinsantos’ amazing posse of dolls that range from delicately macabre to mind-blowingly glamourous. Succumbing to his boredom as a mosaic artist In the Bay Area, Vinsantos packed his tiles and talents and found his way to New Orleans, bringing with him his experience in performance art as a musician and a celebrated drag performer. It was from his boredom with mosaic creations and his love and appreciation for the vintage allure of things from a bygone era, mastering various techniques with clay, that we see the birth of his army of elegance.

My personal favorite, not only for its literary connotation, is his collection of male dolls all posing a reference, in clay face and name, to the author Edgar Allen Poe. Think titles like “Poe Boy” and “Once Upon a Midnight Dreary”, where the smoothly sculpted face of the famed writer with a rather questionable past takes on a new beauty that looks refined, unaged, and untouched by life’s little tribulations. This becomes the moniker for Vinsantos’ magic. He is perfectly preserving his dolls in a state of timeless glamour and beauty and giving them a tongue in cheek nod on the dark side.

These dolls come, like so many, in a box. But not just any box. Vinsantos creates boxes that relate somehow into the story he is telling with the dolls. A celebration of the behind-the-scenes characters, costume makers, make-up artists, circus freaks, and connoisseurs of glam and elegance are celebrated in each uniquely created box and doll.

Pieces like the “Sea Priestess” are a testament to the artist’s knowledge of glitz, glamour, and intrigue. The winding of the jewel encrusted tail of this mermaid beauty is never ending to an eye that cherishes design and loves a good dose of bling. And speaking of his appreciation for bling, Vinasantos is responsible for creating beauty within living people as well, osting a series of drag classes complete with a draguation and final exam performance. “It’s about finding the inner diva,” Vinsantos said, “and teaching them to respect themselves, their talents, and seeing the beauty that lives inside of them.”

Vinsantos is creating beautiful people in boxes and teaching the world to love themselves and live outside of the box. Commissions are accepted and they range from self-portrait, posthumous tributes and subject matter that focuses on time or nostalgia.

Another artist that celebrates the talents of other artists is Emilie Rhys. Rhys has created a small piece of musician heaven on the small courtyard at 708 Toulouse Street. Rhys has been capturing the city’s musicians in real time artwork for years now. Her gallery Scenes by Rhys Art Gallery is a physical space that is dedicated to celebrating the musicians of our area. Rhys isn’t just painting a silhouette of a man with trumpet in the darkness. She is capturing the moment of the sound leaving the musicians instrument. The moment the voice breaks the silence and changes the mood of the room, Rhys captures that moment and delivers it in full to her audience. Rhys not only captures the sounds of the music in the piece, she uses her delicate hand to visually impact each piece with a unique style and concept all to its own. Layered colors and lines almost create a sound wave effect moving out from the center, along each area of the image.

Having an artist capture the appreciation of another artist or enhance the talents of another person is a task that is generally not seen in the art community. What is common is seeing that same action as the responsibility of an art gallery. Art galleries make a living bringing the best and brightest artist and their talents to the attention of the rest of the world. A stand out gallery that brings art to the world like no other is Martin Lawrence gallery. Neatly tucked at 433 Royal Street, MLG holds the works of some of the world’s most accomplished artists. Their multi-location structure has them hailed as one of the largest most impressive collections of original and recreation works produced by global masters of the 20th century. Works by Andy Warhol hold real-estate next to Chagall, Keith Haring, and Picasso. The gallery is not only a staple in the Royal Street gallery scene, but holds a substantial position in celebrating the talents of the artists that have moved mountains when it comes to art. While we celebrate ourselves and our talents within this community, Martin Lawrence Gallery is lifting up the men and women who have led the movements and left us with a diverse, enriched history on which to build future aspirations and dreams. Their newest addition is Brad Faine, recognized as a printmaker and artist, filling the gallery on Royal Street with his British – American pop culture twists. Faine, the founder and manager of the Corinader Studio, focuses on a political, historical, and popular references. His artistic response to the human condition and the signs of our times is remarkable in these often-time computer generated images. But don’t be fooled, while the computer and techno-friendly method are used to create the images, they are further taken to the next level of awareness with easel painting and hands on color manipulation. The final products, a far cry from the original image. “Nude not Naked” is a stunner and is worth a trip into Martin Lawrence Gallery to enjoy it.

Still today I consider myself lucky to be surrounded by people who possess talents that in many cases reach beyond my own. My life continues to be enriched and the value increased by the words they write and the things they create.

When I sit and think about the people I know I often find myself admiring the talents that they bring to the table and grateful that they are here with their gifts. And at times, as I am doing this thinking thing, I remind myself of that airline flight attendant. “RyRy” I say (that’s what I call myself when I am thinking), just remember, you still have to put the mask on your face first before you put it on the face of your friend.