Here's A Story About a Gallery... 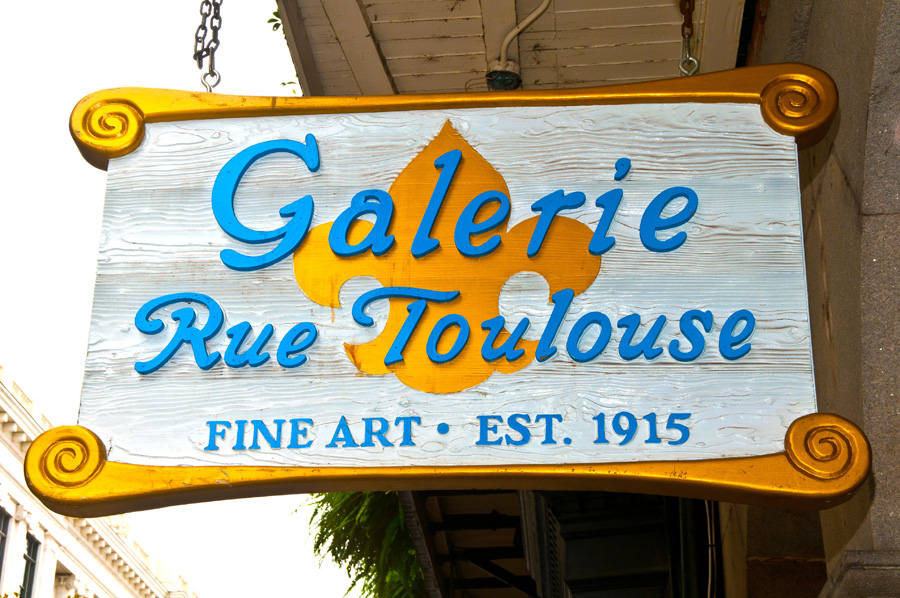 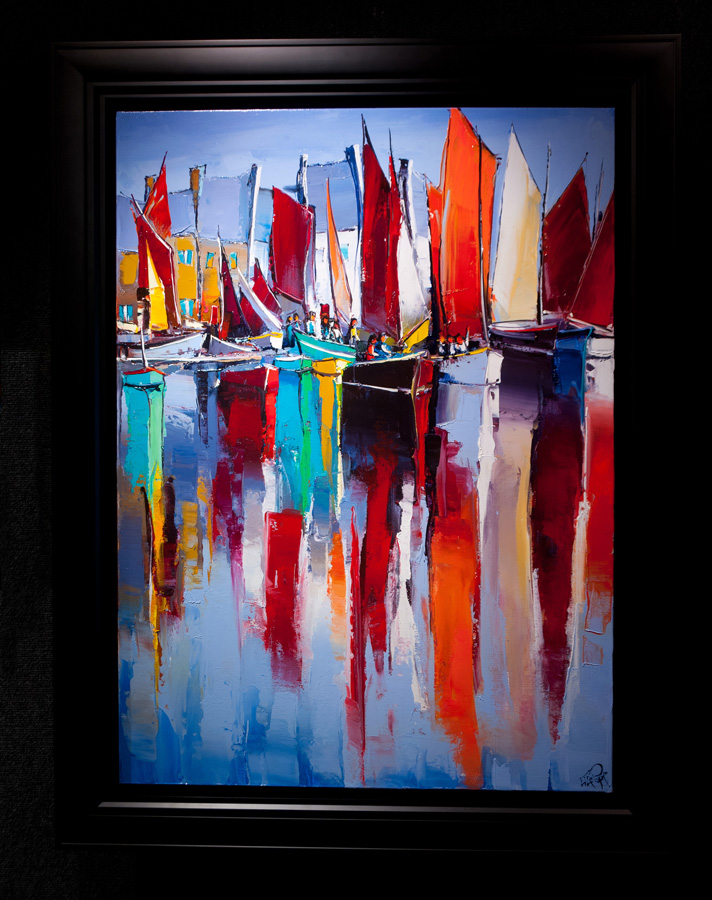 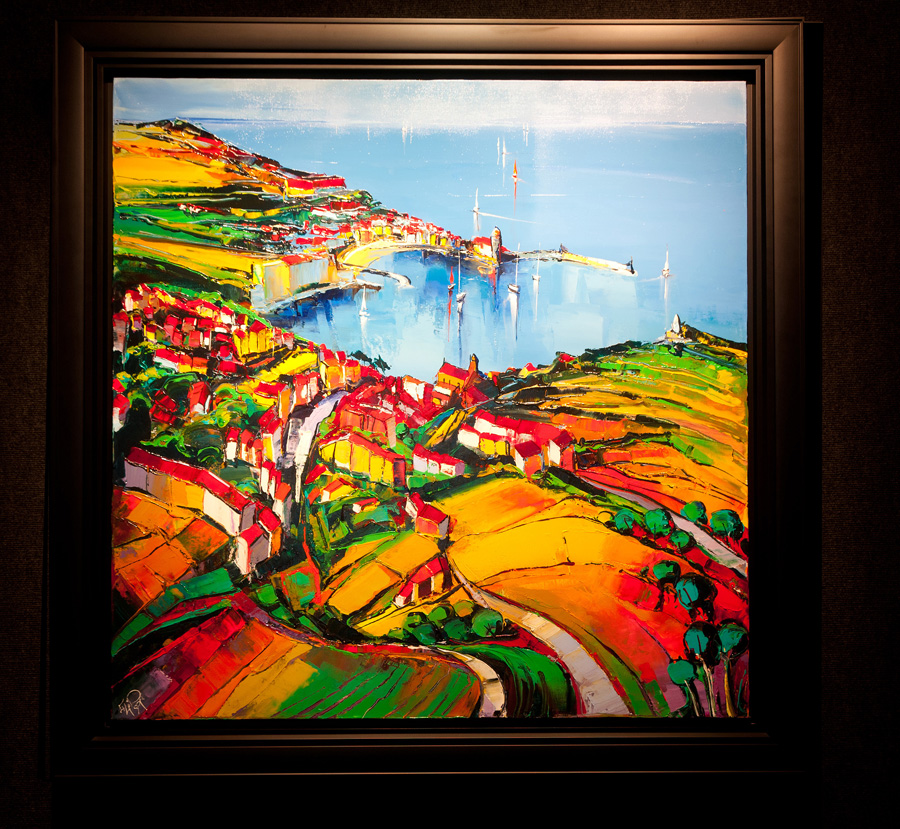 I spent approximately five years of my childhood praying to baby Jesus that he would make me a Brady. I loved their house, their dog, their housekeeper, and I especially loved the day Jan Brady decided she wanted out. I thought "I could do that, I can be Jan Brady; I am bitter and jealous of everyone already." Needless to say, it never happened and I was forced to move forward as Ryan: sweet, soft, loving ... well.

I am pretty sure it wasn't just the dog, the house, and that sassy butcher that made me want join one of the most dysfunctional family units of the seventies. It had to be the camaraderie, the teamwork, the bonding, and the fact that I have always loved large groups of people coming together for a common cause.

Royal Street has its own Brady Bunch. The family of galleries that comprise the French Art Network welcomed a new little sister to the family in June. Standing proudly at 509 Royal Street, formerly The Shop, Galerie Rue Toulouse opened it doors to the public with some of the most impressive and noteworthy artists in the French Quarter. A sleek modern decor highlights the mostly European work holding the gallery's real estate. With sister locations at 541 Royal Street and along Ocean Avenue in Carmel, California, this newbie to the New Orleans art scene comes with some serious back up. Michelle Bassett, French Art Network's west coast sales manager, leads the west coast sales team and is the director of the company's main gallery in Carmel, Galerie Rue Toulouse Carmel. "We are beside ourselves with excitement over our new little sister in New Orleans! The French Art Network family works hard to make our galleries not just galleries but destinations for tourists and havens for locals. We pride ourselves on making sure we introduce our artists to the world with respect and dignity. Our little sister will be a raging success." Bassett said.

What makes Galerie Rue Toulouse New Orleans different from other galleries is not just the fact that a family of people come together to create literal destinations, but that the artists come together in a symphony of sight that springs to life with color and majesty.

New artist Eric LePape will be showing for the first time in the United States at Galerie Rue Toulouse in the French Quarter. From the moment Eric LePape began painting, he knew he loved the sea and the colors associated with it. "I love the sea deeply," Le Pape said, "she represents all human adventure; full of history, connecting people's traditions and cultures" . LePape creates colorful shocks of scenery with oil paints and palette knives, while paying close attention to the use of color. Depth, dimension, and shape can all be created with color alone, and Le Pape is now the new master of it all. Each painting becomes a bit of game as you gaze trying to imagine just what color came first, or where one color ends and another color begins.

His nautical themed paintings and land-locked landscapes are created from the similar colors and similar palette strokes. They are impressive for the reason that we see an artist who is creating from his soul, and experiences, using the same colors and tools to create completely different subject matter with its own individual feel.

Self-taught painter, George Cabot joins the French Art Network family of artists, also from France. George Cabot, or GECA as he signs each creation, allows us to enter his weightless world of color exploration at Galerie Rue Toulouse. GECA concentrates on color with acrylic paint and palette knives; sometimes areas are clean and precise, while others are dense, thick, and weighted. Defining himself as a "colorist" , GECA spends little time worrying about gaining any fame for his creations, but does spend time travelling observing light and atmosphere which allows him to deliver a certain continuity and obvious modernity to a style not always associated with modern movements. This, too, will be the first time GECA has a permanent venue in the United States.

Rounding out the family at Galerie Rue Toulouse is French artist Nicole Sebille. Sebille was influential in creating the red poppy movement on Royal Street from the walls of the very first French Art Network gallery years ago, and has been a constant on the street since. Again, she is an artist influenced by color, depth, and texture. Palette knife strokes bring Provence to life in her creations, while floral triptychs and her signature poppies dance off the walls in amazing shapes and gestures.

This fall Lysiane Beck will grace the walls with figurative pieces and cityscapes. Bold brush strokes create a whirlwind of design elements that force the eye to create scenes within a scene. While Beck is currently hanging at the company's galleries in California, the group has decided to debut her here in the French Quarter with a bit of anticipation and flare.

While some people only dream of joining a team that brings destinations to life, French Art Network is doing just that in the heart of the French Quarter. Galerie Rue Toulouse is another example of the extraordinary influence this company has on, and in, the art world. Director of Operations Dore Levy says, "Galerie Rue Toulouse is our new gem, and we can't wait to see how brightly she shines" . Levy also commented that these new artists are not just new to French Art Network, but new to the United States, and are offering a look and style that could change the way art is seen on Royal Street.

Success of this family brings another star to Royal Street and the French Quarter.

It has been quite sometime since I have dreamed of being Jan Brady, but I still have an appreciation for a team that works hard, believes in commitment, and makes things happen not just for themselves but also for an entire community. It just lagniappe that it happens to be my family, wink wink!