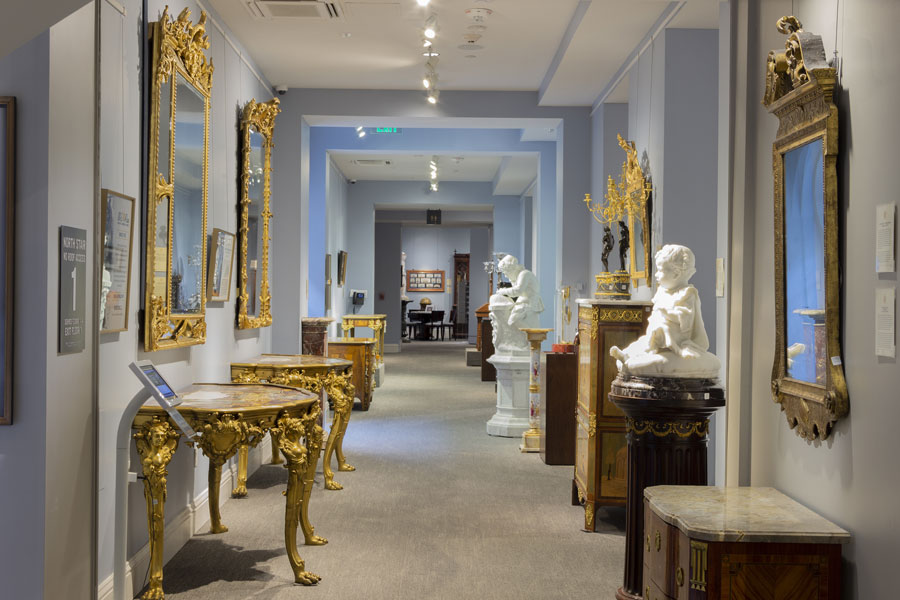 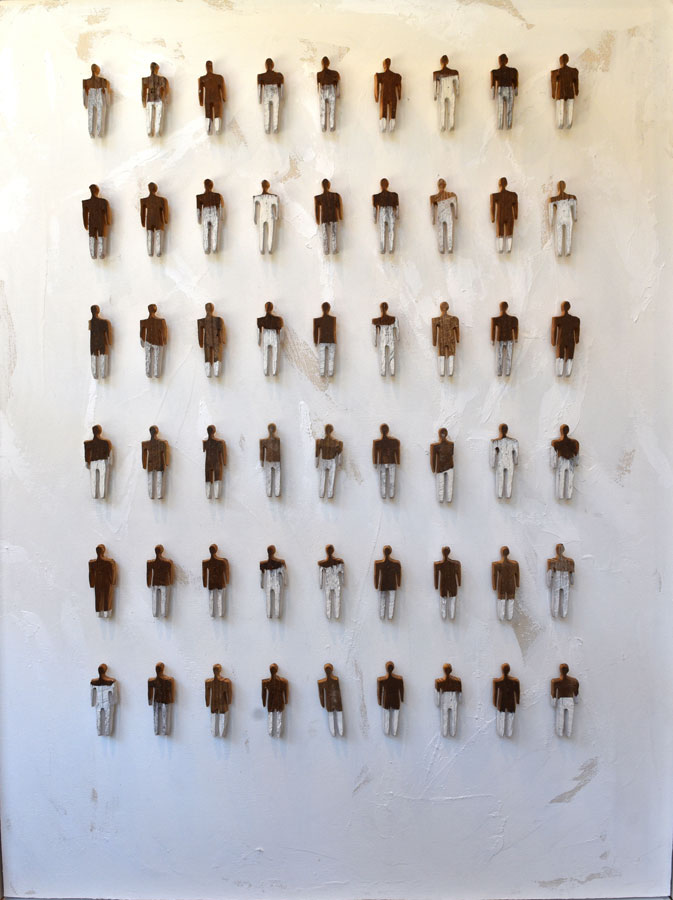 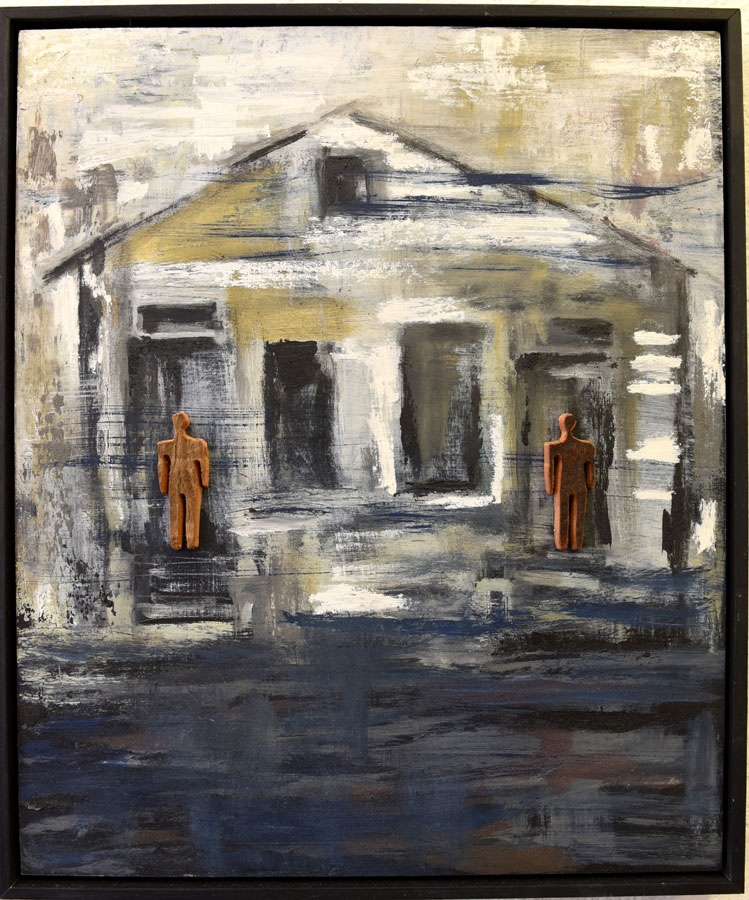 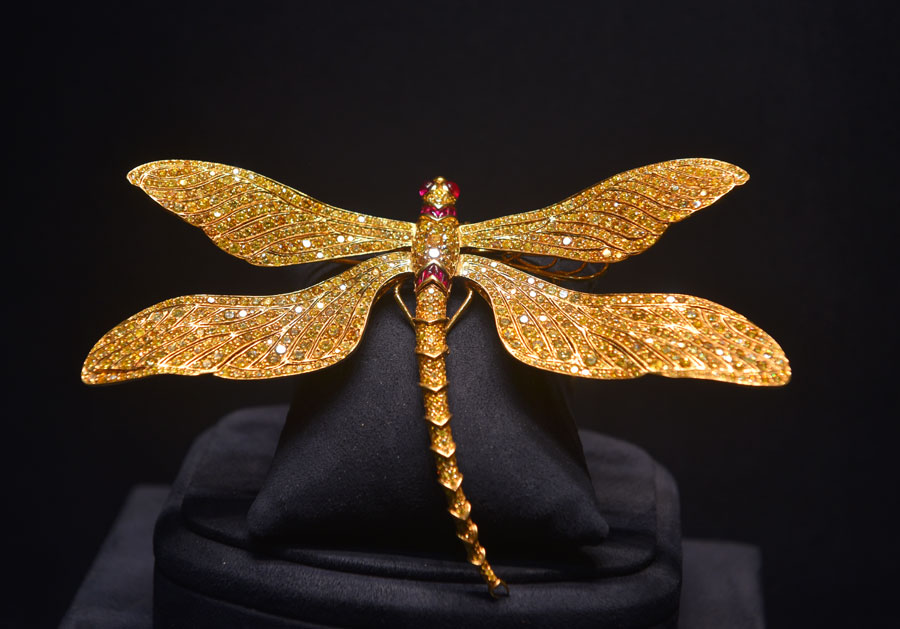 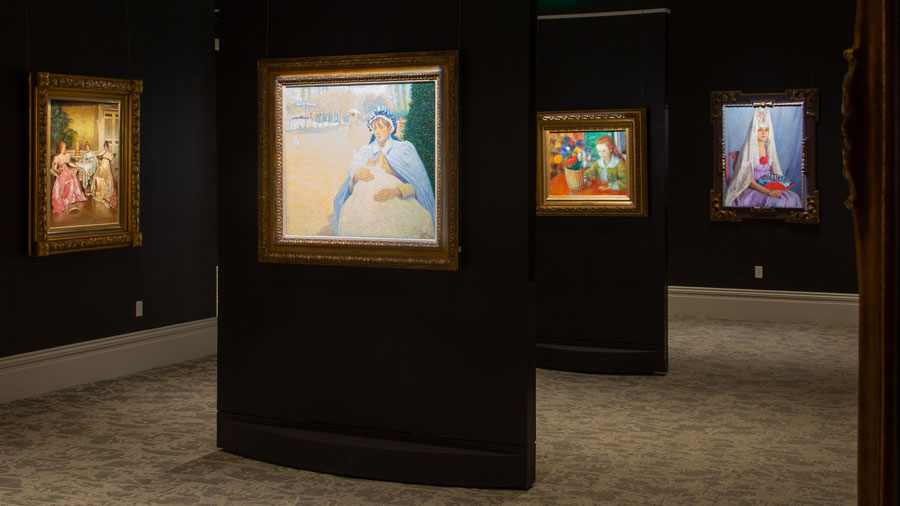 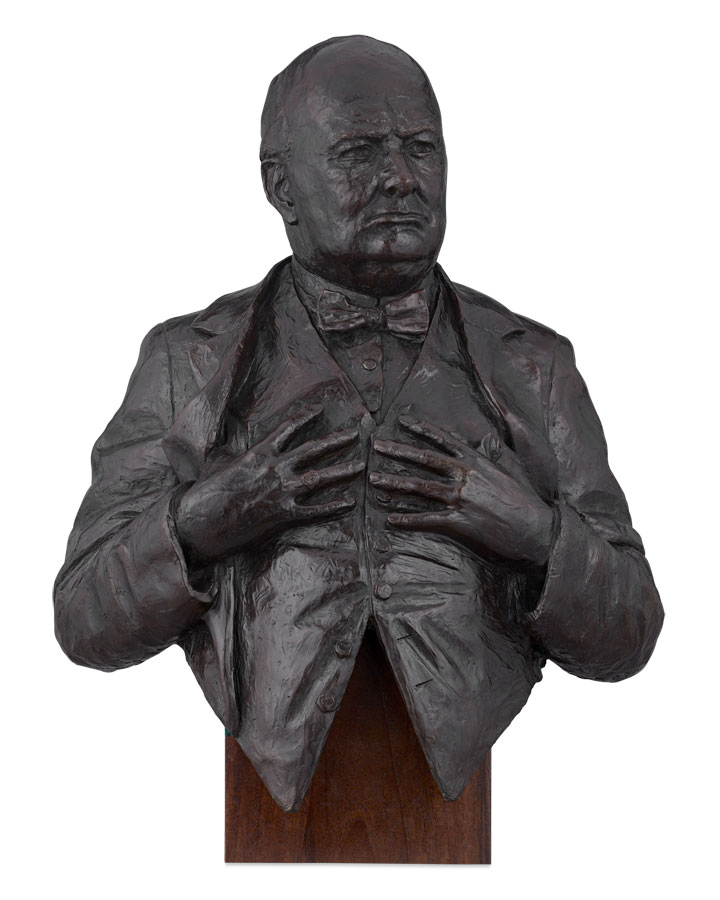 People like to say that kids say the most at amazing and honest things, but I disagree. I find children horrifically boring. And I find that the truth tends to topple the tower of delusion on which I have built my life.

Old people speak verbal gold. Not only do we look past the words of wisdom of our more experienced elders, we also don’t brag about them nearly enough. We tune out anything that starts with “When I was your age…” or “I wish I’d known…” And you never hear anyone say, “My grandmaw can knit a quilt twice as fast as your grandmaw,” or “My pawpaw calls me by my brother’s name more often than anyone else.”

But it’s not just people with some time under their belts who we don’t appreciate. We often overlook the treasures of the world once they no longer seem valid, or dare I say, are no longer “on-trend.”

One of the many good things about the art world is that we don’t tend to shy away from the rejected, or the already used. We like to call them “found objects,” or “reclaimed.” No matter what we call them, it’s a good time to pay homage to the services they have provided. Gallery Haven at 621 Toulouse St. is exactly that: a haven for things that have been reclaimed and given a new life and new purpose while maintaining their beauty and integrity. This fast-growing company places as much emphasis on family values as it does on reclamation. The family members have joined forces, each one bringing their talents and stunning abilities together to create an organization and product line that is carried nationwide and in Australia and Canada. Retailers like West Elm, One Kings Lane, Von Maur, and Nordstrom punctuate the list of retailers.

The team began with the life and talent merger of Gregory Morris and Susan Haven-Morris. Gregory, a BBQ-obsessed southerner, and Susan, a flower-obsessed northerner, have kind of a Romeo-and-Juliet dynamic. Now add in two amazing and talented kids, Greyson, the family “anything guy,” and daughter Tatham, a speed demon in paint finishing and a spreadsheet master, and what do you have? A perfect example of what happens when people follow their dreams and are supported by the ones they love and love them. This dream team all started in North Carolina as a happy accident, taking shape during the preservation and renovation of an 1880’s farmhouse. The power couple wouldn’t let the lumber pulled from the farmhouse go to waste, and combined southern charm and signage to create the business Slippin’ Southern in 2011. After years of practice, the company’s success took them to New Orleans. Signs the shapes of whales, pigs, and other animals found their way to NOLA. There the couple also saw an abundance of reclaimed wood options to fuel their creative fires.

If you think the story is inspiring, just step into the gallery. You’ll be consumed by creative energy and become inspired to run home and make something. I know I was. Susan’s fine art figural wood assemblages titled “Population” are figures made from reclaimed wood from various New Orleans buildings and have been left unfinished to show the striking colors of the 100+ years of aging. They float, magically mounted by two pins, over a white textural background. Presented in the gallery’s front window, it’s the main reason I stepped foot into this oasis for your brain. A sense of calm takes over and you become immersed in what it feels like to allow an artist and a craftsman to impress you. Susan also creates larger, free-standing human forms made from reclaimed wood and partially dipped in acrylic paint. These can find a happy place in any corner of your home.

I was specifically drawn the one painting series titled “Coming Home,” inspired by the couple’s return to New Orleans after Hurricane Ida. The morning light highlights the Superdome and the city, and the dark night sky moves on over the rest of the planet. The piece is abstract and perfectly balanced. Its simple lines and color placement create a visual puzzle.

The gallery is a beautiful addition to the neighborhood and speak volumes about what it means to be creative, and to be a family of creative souls who offer their talents to the world.

In a world of pressboard, all-star antique dealer M.S. Rau continues to stand out. Founded in 1912, it’s hailed as one of America’s most notable and influential antique dealers. Respected for artwork, furniture, and jewelry, this family-run business operates globally. Bringing some of the world’s finest pieces to Royal Street, the exquisite front entrance welcomes visitors into a posh yet elegantly arranged collection of some of the world’s most prized possessions. One example is the Royal Ice Pail created for King George IV of England, which took the firm of Rundell, Bridge, and Rundell over ten years, and a whooping cost of $15,000,000 (in today’s dollars), to craft for the British Royal family.

You should be prepared to learn a thing or too as well. Did you know that besides being an historical icon and statesman, Winston Churchill was also an accomplished artist and painter? M.S. Rau houses his painting “Tower of the Koutoubia Mosque.” This painting was the only one completed in its entirety during the Second World War. It depicts the time he spent in Marrakech with Franklin Roosevelt overlooking the Atlas Mountains at sunset.

And for the masses, M.S. Rau has not only produced museum-quality shows inside its New Orleans’ doors, but has curated and produced those same shows, and larger ones, in impressive art venues all over the country. With over fifty specialists in their varied fields, M.S. Rau can offer clients comforting and financially lucrative information during their acquisitions. A team of researchers pride themselves on making sure each item is verified and documented for authenticity.

So now, maybe you understand my love for aged things a bit more. I just think they bring more experience to the table, if you will. But don’t get me wrong—I adore kids. I really do. You can’t appreciate one chapter of life without seeing the good in the others. I would just adore them a bit more if they could drive themselves to soccer practice, see the value in brushing their teeth, and barked instead of talked…at least until the age of eighteen.