Drink in the Art and Culture of the French Quarter, As Well as its Libation 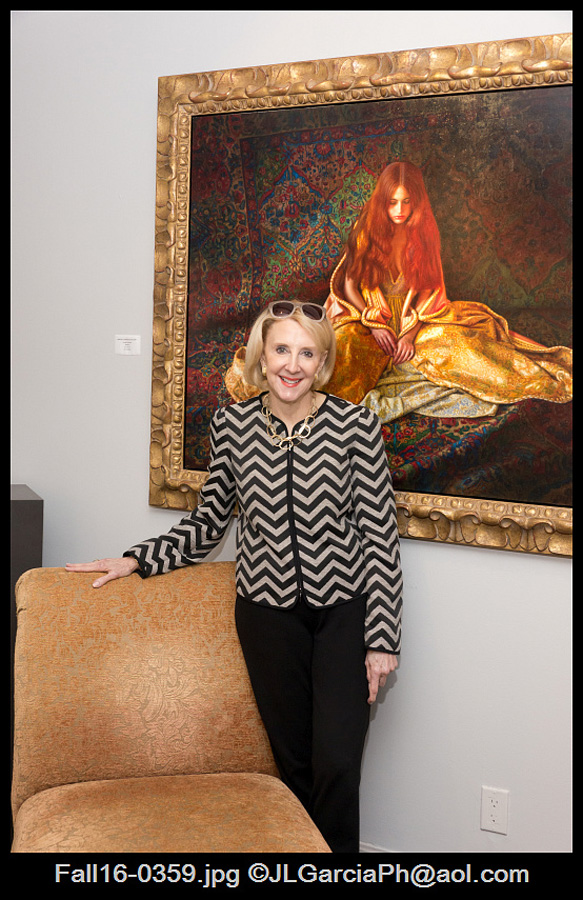 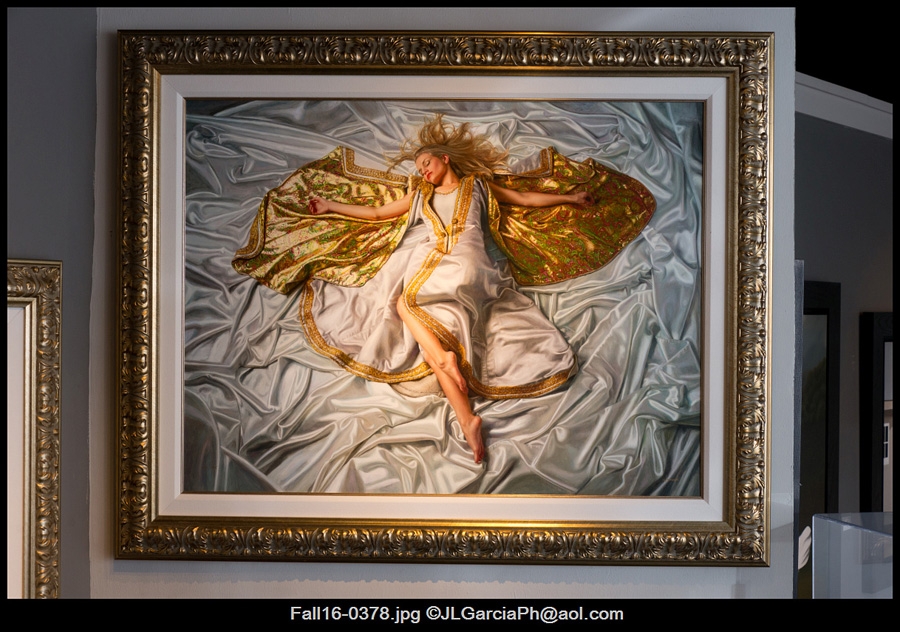 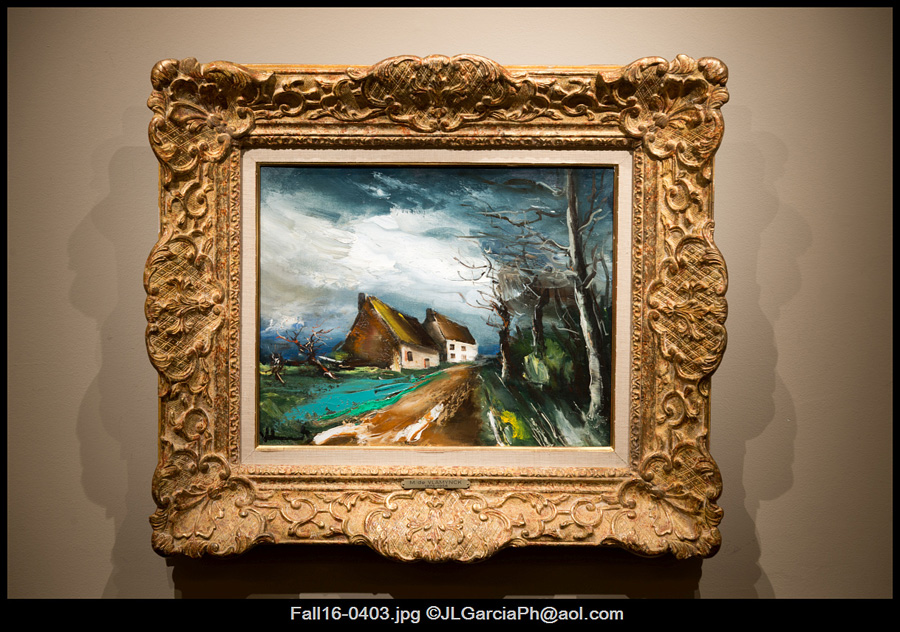 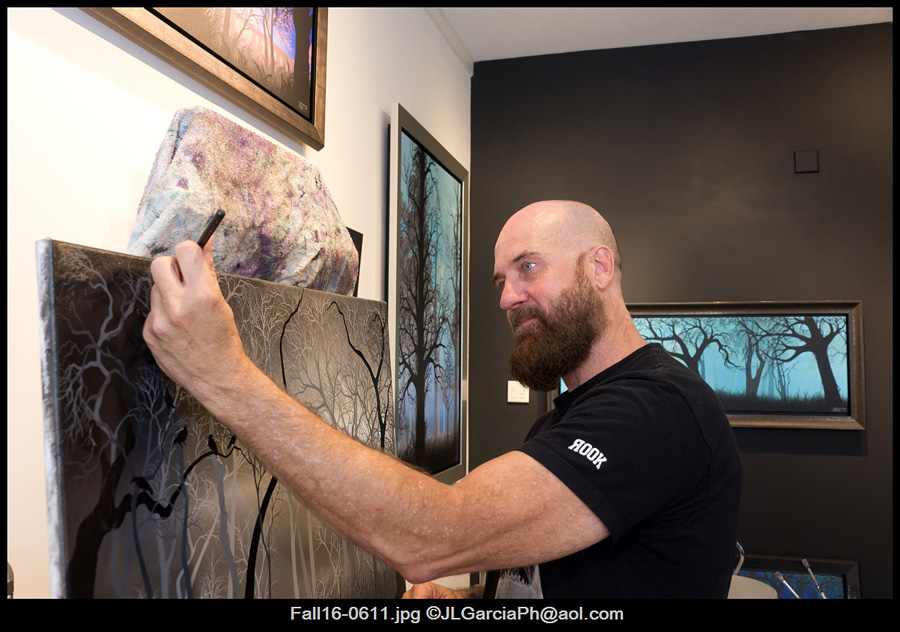 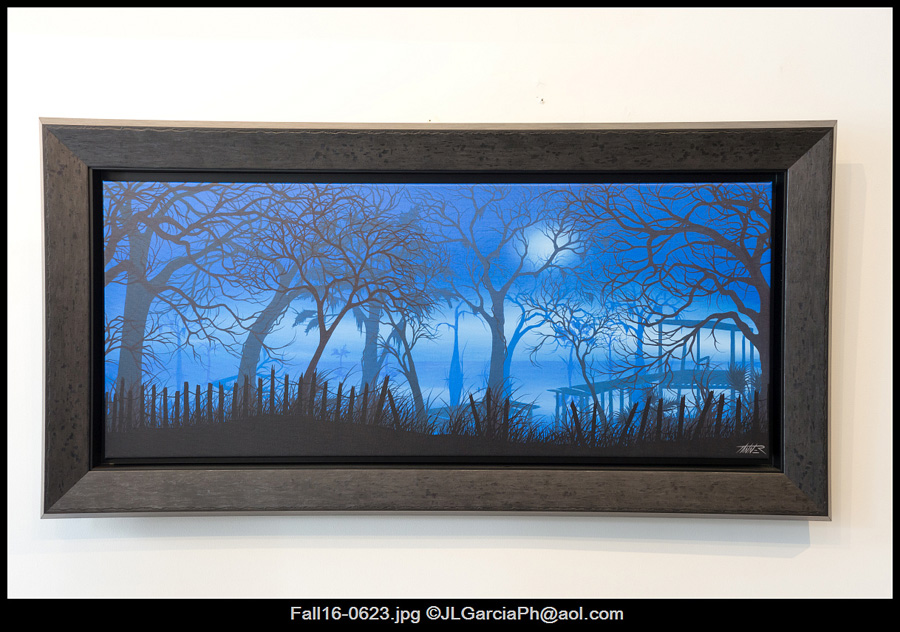 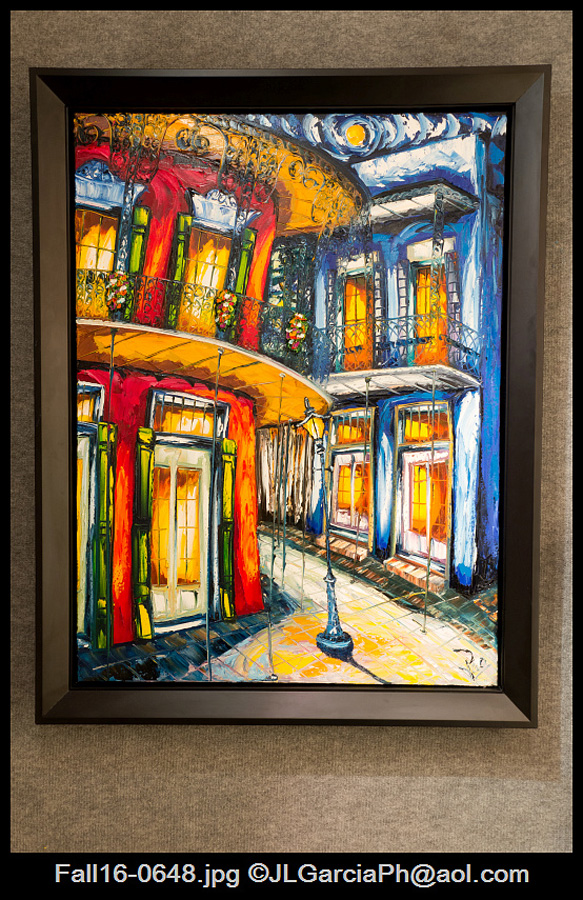 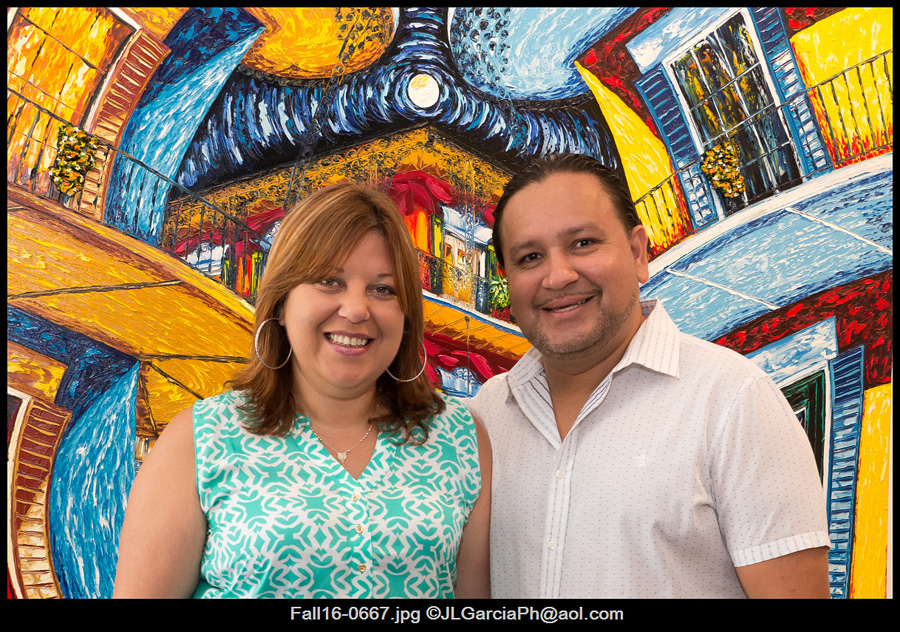 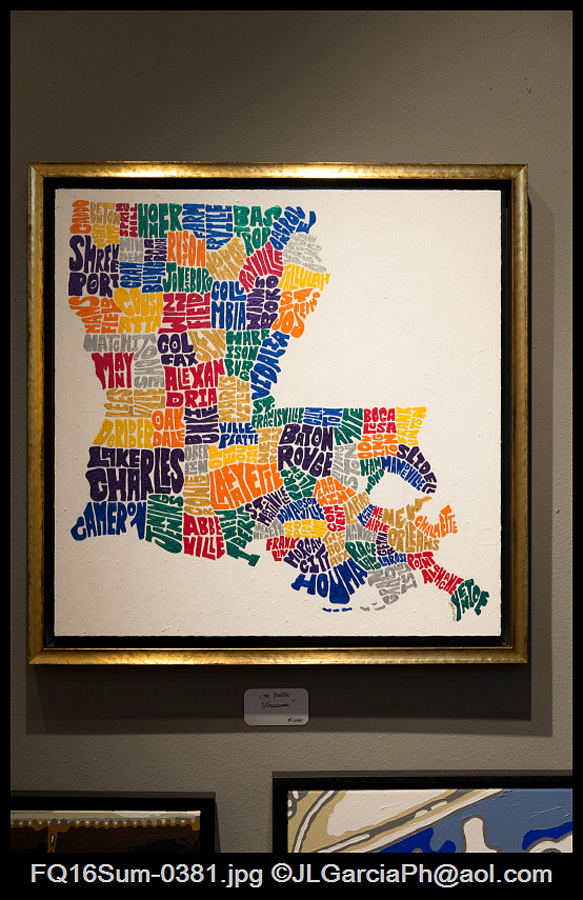 A stroll along Royal Street, with its historic buildings, inspires visions of the past, of centuries when artists, tradesman and explorers exchanged both greetings and the products of their labors.

Art and New Orleans’ French Quarter have gone hand-in-hand for almost three centuries. As the city prepares to celebrate the 300th anniversary of it’s founding in 1718, it’s not hard to envision artists and cartographers, who often accompanied early explorers, sketching buildings and ramparts of the new city for monarchs and anxious investors back home in Europe.

By the early 19th-century, the Quarter hosted a thriving art community; and, in the early 1870s, famed Impressionist painter Edgar Degas spent several months visiting family just outside the Quarter while recording his impressions of Americas most “French” city. Arts and Crafts clubs abounded in the bohemian confines of the Vieux Carre in the early 20th century; and the 1950s and beyond saw the establishment of formal art galleries that hosted both local and international exhibitions, making the Quarter the center of artistic life in the city.

Mama always warned against airing your dirty linen in public, but with Dirty Linen Night's 15th anniversary coming up on Saturday, August 13th, it’s perfectly acceptable to reveal something unique or interesting about artists and gallery owners in the Quarter. The shops themselves attract with an array of both home-grown and internationally-celebrated artworks; but it’s the people involved who make a visit to a French Quarter gallery memorable.

The dynamic husband-and-wife team at Caliche & Pao Gallery, 312 Royal St., frequently regale visitors with stories of their lives before they arrived in New Orleans. Husband Caliche, who was born in Bogota, Colombia, retains the influences of his native land in the colors that now infuse his interpretations of life in the Vieux Carre. Facades of historic buildings seem to wrap themselves around the viewer, and typical lampposts join in mad jazz patterns in a tribute to the music for which New Orleans is known.

Their theme is “Made in New Orleans,” which refers not just to their studio above the gallery, but also to the fact that these interpretations are unique to this city. Where else, you might ask, could you envision fanciful lampposts wielding a mean saxophone — after a night in the Quarter?

For Pao, the inspiration is nature and Technicolor flowers that reflect both her Italian heritage and the culture of her native Uruguay, where she studied at Montevideo’s Athene de Bellas Artes.

“I was learning art when I was 8 years old,” Pao has said.” My teachers taught me in the old fashioned way, but I feel that this is not my way. When I am painting with my colors, I express how I see the light. Every day is an opportunity to learn and express everything.”

Caliche tells us that he was interested in art as a young man in Colombia. But, he reveals, his full potential wasn’t realized until he found himself in this city: “When I got to New Orleans, I realized I was looking for this city. It has passion. What I try to do is transmit all these things in my canvases, create a piece of New Orleans.”

Across the street, the couple has opened a second gallery, Lozano & Barbuda, to display some of their larger pieces, Pao’s florals and works by Caliche’s brother. There are also dynamic paintings of horses and works in the styles of the Old Masters by a Colombian master painter.

Living, working and painting together has brought fulfillment to the couple. “Together,” Pao says, “The art is better, the love is better, and the business is better.” For romantic couples, Caliche and Pao will create a personalized dedication on the back of paintings, to remind them of the love and exuberance of these artists and their adopted city.

At Martin Lawrence Gallery, 433 Royal St., director Mary Coxe, brings the experiences of almost 30 years in the Quarter’s art world to her selection and display of works of art by internationally-famous artists of the 20th century, as well as artists on the rise today. As part of a nationwide series of galleries under the same ownership, Martin Lawrence Gallery has an extensive inventory from which to draw both intimate and large, dramatic pieces of art.

Despite her impressive history as a gallery director, Coxe is a welcoming presence in the gallery, explaining to visitors the techniques and quality of etchings, lithographs, paintings and sculpture by celebrated artists such as Picasso, Salvador Dali, Marc Chagall and Erte.

Something few people know: Coxe downplays her casually-elegant appearance, but staff maintain that she’s a dead ringer for the haute couture model in one of gallery’s Erte masterpieces, “The Boudoir.”

Coxe explained that the gallery’s owner has purchased complete series of works by modern masters such as Picasso and is able to offer an extensive selection to collectors. Woodblock prints from Dali’s monumental 1964 tribute to Dante’s Divine Comedy — which numbered 100 images — hang opposite a trio of jewel-like lithographs of works by Chagall. Sculptures based on Erte’s fashions enliven the space. The gallery also features graphics by contemporary artists, and changing exhibitions throughout the year.

Jack Adams, owner of Maison Royale, 501 Royal St., attended school in New Orleans but lived for many years in New York City, something you might not suspect from his engaging enthusiasm for New Orleans. But his years in the East Coast center of the art world explains the charming display of paintings by French Impressionist painters, their predecessors, and their followers, that enliven this art and jewelry gallery founded in New Orleans in 1915. It was just time to come back, he explained; and for the past 5 years he has been extending the range of artworks and jewelry, which are displayed together in Maison Royale’s main exhibition space.

Maison Royale is a unique space in the French Quarter, a window back into the world of the French Impressionists who influenced many painters in this bastion of all thing Gallic in the New World. It’s not often that one can take a visual journey in a gallery from the French plein aire (in the open air, as opposed to in the studio) painters of the early to mid-19th century, through the Impressionists to the French Modernists – all in an historic French Quarter building that has been a gallery for just over a century.

You’ll find paintings by Camille Pissarro, Toulouse Lautrec, Pierre Bonnard, Jean Dufy, Kees van Dongen, Maurice de Vlaminck and Bernard Buffet, as well as Parisian scenes by 20th-century painter Constantine Kluge. Although born in Russia, Kluge lived in Taiwan, where he attended a French school. Immersed in the language and culture of France, Adams explained, it was only natural that Kluge moved to Paris and became a post-Impressionist-style interpreter of the city’s life and architecture. Kluge is one of the 20th-century painters who carried on the glorious colors and Parisian views of the Impressionists, and he has received critical praise for his views of the city that hark back to the earlier, less sophisticated world of Paris in the 19th century.

With artistic jewels on the walls, and exquisite jewelry in the display cases in the exhibition rooms, Maision Royale is an especially refreshing retreat from the Dog Days of August in The City that Care Forgot.

To grasp the breadth of artistic talent in Louisiana, visit Royal House Gallery, 813 Royal St. Gallery director and co-owner Jamie Lehr's goal is to promote the state's artists, giving them a bricks-and-mortal showcase in the French Quarter from which to launch international careers.

Phil Thompson, a stalwart on the local art scene for 35 years, captures still life of fruit and vegetables with the deftness of an Old Master, but lends each canvas a light touch that makes it feel thoroughly contemporary.

Lehr's presentation of these and other local artists give visitors a glimpse into the creativity that Louisiana inspires.

Tanner Gallery and Studio, 830 Royal St., offers visitors a journey into the imagination, a world in which nature serves as an antidote to the stresses of the modern world. The artist, known simply as Tanner -- his last name, is as serene and mysterious as the paintings that surround him in both the gallery's exhibition space and the adjacent studio, where his trusty canine companion, Loretta, often rests in her canine bed, which is discreetly tucked into the carved mantelpiece that reflects the history of this charming Creole townhouse.

Visitors to the gallery have the opportunity to observe Tanner at work and to engage him in conversation about both technique and artistic inspiration. The luminous paintings that surround him are like windows from the gallery into enchanted worlds that, as Tanner has written, sometimes "also are a little unsettling at the same time."

Tanner, a native of Alabama, studied at the prestigious New Orleans Academy of Fine Art with its founder, distinguished painter Auseklis Ozols. His mentor's influence is clear in Tanner's detailed evocation of ethereal sylvan worlds in which viewers can easily lose themselves.

Actual tree branches, highlighted with tiny, shimmering lights embellish the archway in the center of the gallery's exhibition space, and Tanner’s paintings visually draw viewers’ eyes down into his work. It’s a nifty sleight-of-hand to emphasize Tanner's concern with nature and love of trees -- something that not everyone knows about the quiet, meditative artist. "I've been fascinated with trees since I was a child," Tanner said. So it's only natural that they would play an important role in his paintings. “If my art makes someone forget their troubles, even for a moment," Tanner has written, "I feel like I‘ve accomplished my goal. I feel strongly that many of our problems today are a result of us not being in nature anymore. It is my hope that my paintings will give the viewer a small sense of that tranquility nature provides us, and remind people how vital trees are to our existence.”

Collectors eagerly await each new painting, and visitors can purchase carefully-executed limited-edition prints of many of the paintings. On occasion, the artist has met with potential collectors to create a unique painting that will reflect their experience of his vision.

Tanner says that he approaches the creation of a painting by "first sitting quietly and imagining a place in my mind. "I 'build' this place in my head, deciding colors, mood, and the placement of the trees or other objects. Once I can see this image clearly, my challenge is to transpose this mental picture onto canvas. Other times I just sit down and begin painting, having absolutely no idea what the end result will be."

Whichever method Tanner employs as he faces a blank canvas and begins to paint, the result is the same: a work of art that enchants visitors and collectors and brings respite from the stress and challenges of the world that surrounds him.

In just five blocks of Royal Street, visitors can span a world of fine art and engage in stimulating conversations with artists and gallery directors. And the best part is that there is art for every budget, an enticement to enhance your art collection, or to add a highlight to your home.

Discover a print by a celebrity artist, or select a work by an up-and-coming Louisiana artist and place your bet on a future star. You can do it all on Royal Street.