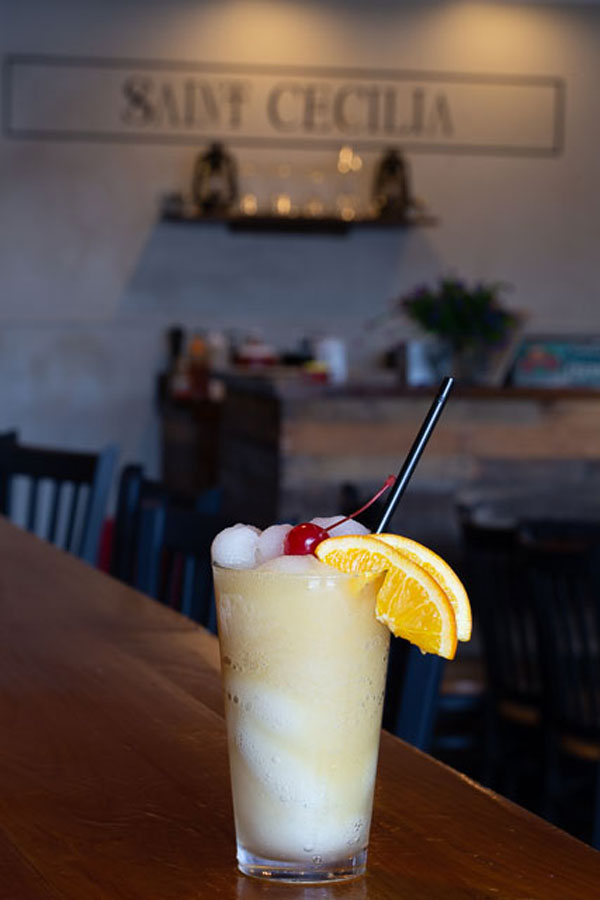 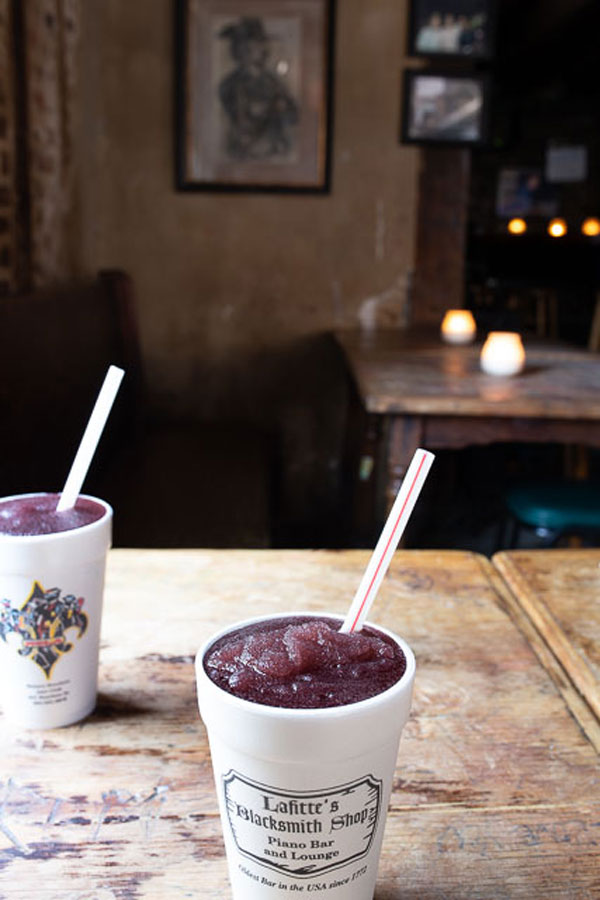 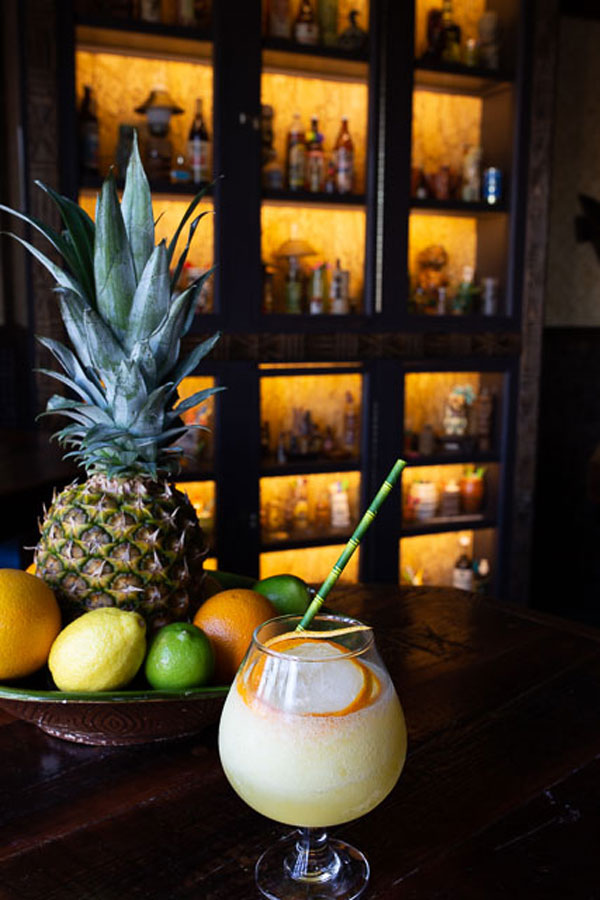 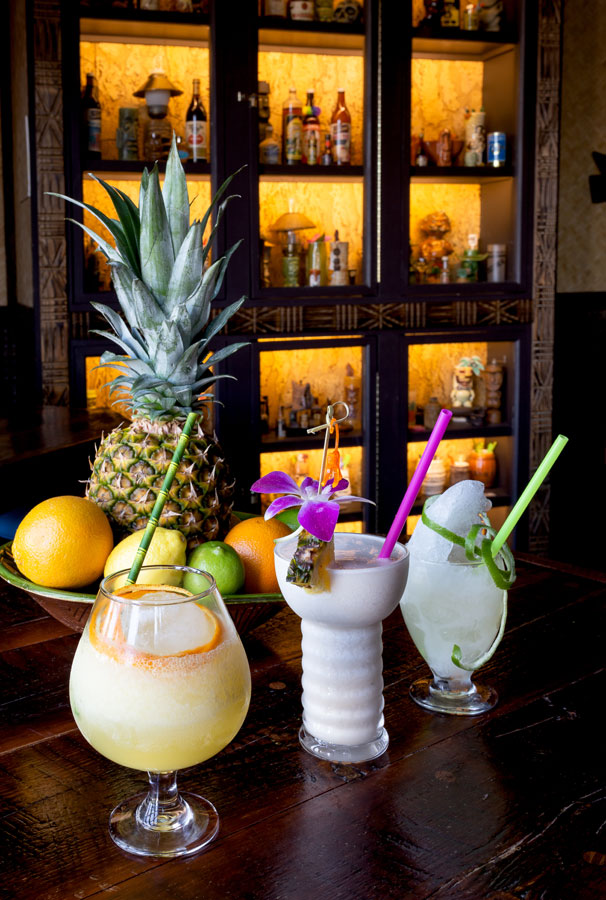 Since the first ice production facility in the world threw open its doors on Tchoupitoulas in 1868 with man-made blocks of the stuff flying off the shelf at less than a penny a pound, New Orleanians have relied on icy treats, from rainbow-hued sno-balls to boozy frozen daiquiris, to get them through sweltering and sometimes suffocating summers.

Conjured in popular imagination as the cheery, but wimpy, day-glow concoctions found poolside on cruise ships, frozen daiquiris don’t receive the same respect as classic cocktails. New Orleans, however, is known for its cocktail culture for good reason. This revered culture held its ground during the dark days of Prohibition from 1920 to 1933 and again as the rest of the country tossed good taste aside for the disco drinks of the 1980s. It’s a city that even birthed the largest cocktail conference in the world--Tales of the Cocktail. New Orleanians embrace the frozen daiquiri as fervently as they embrace the sazerac, so it should come as no surprise that bartenders here take these slushy drinks seriously.

Plus, it’s hot outside, and the Crescent City allows booze in the streets, meaning these sweet, brain-freezing treats make the ideal portable cooling system for those window-shopping for high-end antiques on Royal Street, catching the breeze off the Mississippi River from a bench, or peeking in the art galleries of Julia Street in the Warehouse District. Besides that, they pull double duty by taking the edge off at the same time, and that’s one of the best reasons to indulge. Here are some of the best bets in the downtown area for frozen cocktails.

If slushy, tropical drinks are on the day’s agenda, it only makes sense to visit the best tiki bar in the country. While New Orleans’ subtropical climate and affinity for rum make it the ideal home for a tiki bar, it’s the city’s seriousness about cocktails and dedication to the preservation of history that helped convince tiki scholar Jeff “Beachbum” Berry to open his tiki bar here.

Berry spent decades writing about exotic drinks and tiki culture, effectively spearheading the country’s tiki revival before opening his brick-and-mortar in the French Quarter’s Bienville House Hotel with wife Annene. Though there was a time when a tiki bar meant dust-covered kitsch, Berry’s bar manages to feel completely tiki while also feeling modern.

Predictably, the bartenders sling drinks that go far beyond Mai Tais (though those too happen to be delightful), including some of the lost cocktails Berry uncovered during his deep dive into tiki history. The layered complexity of the frozen cocktails here strike a stark contrast to the straightforwardly saccharin versions many are familiar with. The Deadbeat Daiquiri, for example, combines rum with house made coconut sorbet, lychee, lime, and maraschino. Meanwhile the Outcast of the Islands stuns with gin, Persian lime, ginger, almond, and anise.

That said, the food menu is both on par with the cocktails and in harmony with them. It includes updated versions of tiki classics like loco moco, a beef patty with shiitake and soy sauce glacé with coconut rice and a fried egg. Classic bar offerings like fries get sliced steak and coconut butter. Also look for the rumaki, a bacon-wrapped jalapeño stuffed with chicken liver mousse. Save room for the multi-layered doberge cake cemented with pineapple and crowned with coffee icing. Latitude is like a vacation to Bali within a vacation to New Orleans.

This dark, cave-like space lit entirely by votives can feel like an oasis against midday’s searing summertime sun. By evening, a baby grand piano in the back and throngs of tourists energize the atmosphere as they jockey for seats around the piano, throwing out song requests and crooning along.

Located in one of the Crescent City’s oldest existing structures, the French Quarter’s Lafitte’s Blacksmith Shop might be one of the most photographed buildings in New Orleans. Built nearly 250 years ago, the masonry and brick property is one of the few lasting examples of briquette-entre-poteaux (bricks-between-posts) architecture, a style that surged during the city’s early French colonial area.

According to legend, notorious and celebrated pirate Jean Lafitte ran a smithy out of the building as a front for less law-abiding business operations. It’s hard to prove that story (pirates were secretive), but Lafitte associate Captain Renato Beluche (or family) owned the building, a connection that makes the story a little more plausible. Beluche operated a ship out of Lafitte’s Barataria Bay privateer port and fought next to the legendary pirate in the Battle of New Orleans.

The owners run the charming boutique hotel Lafitte’s Guest House across the street. Located in a 150-year old former home with balconies over Bourbon Street, the courtyard provides guests with the perfect retreat in the middle of all the French Quarter fun. Plus, the 14-room hotel has its own bar and lounge.

This exuberant, pop culture-oriented Warehouse District bar boasts a mammoth 7,000-square foot dog-friendly patio with corn-hole, life-size Connect Four, and mega-Jenga, plus a large projector screen for movie nights. Since it also has its own dedicated outdoor bar, there’s no reason to miss a turn at the game or a moment of the movie when it’s your turn to buy the next round. (For those craving some AC, there’s an additional 7,000-square feet of dining and drinking space inside.)

In keeping with its beachy vibe, Flamingo A-Go-Go pours plenty of icy libations, including a top-shelf frozen margarita, a snappy frosé, and the Bushwacker--a sunny, frozen treat filled with rum, coconut liqueur, and Kahlua. Additionally, the expansive drinks menu includes plenty of cocktails on tap, beer, wine, and more.

There’s also a full menu of food that includes appetizers like smoked salmon spread and onion rings, shareable flatbreads;, several entree-sized salads (one topped with fried chicken), plenty of sandwiches, and entrees like smoked gouda corn grits and shrimp. Bring the pup along to dine from the dedicated “puppy plates” menu with beef, chicken, and salmon entrees as options.

Happy hour runs 4 p.m. to 7 p.m. on weekdays and includes the frozen margarita and other choice cocktails for just $5.

Situated a stone’s throw from the brass horns and beating drums of Frenchman Street, St. Cecilia took its name from the patron saint of music. Its big, wooden doors front doors open to views of the historic French Market though, making the tiny restaurant a lovely spot to recuperate, perched on a bar stool with a fresh fruit juice frozen daiquiri in hand, after perusing the iconic open-air market’s wares across the street.

This all-day cafe regularly pumps out frozen drinks like Pimm’s Cups and the rum and grapefruit-based Hemingway’s Downfall. Owner Jeff James says the restaurant may switch one of these to a Friesling (a frozen Riesling) depending on the weather. Be sure to check what’s on special on the board behind the bar.

For those looking for something other than liquid sustenance, a menu includes Southern-inspired dishes, including chargrilled oysters and more. Fancy some crawfish pasta for breakfast or stuffed French toast for dinner? Deviled eggs any time? No problem. The breakfast, lunch, and dinner menus are available all day.

A rooftop bar during summertime in New Orleans might not sound enticing--unless there’s a pool involved. Alto in the Ace Hotel has all that covered plus panoramic views of the city, a menu of Italian small plates, and a full bar with a couple quality frozen drinks on rotation to keep things cool.

Though the frozen drinks change from time to time, look out for the Eternal Summer made with freshly squeezed orange juice, honeysuckle vodka, and coconut. A divine frosé combines white zinfandel with elderflower, velvet falernum, Peychaud’s aperitivo, and lemon.

There’s plenty of shaded seating and free Wi-Fi to top things off. For those not staying at the Ace, there’s a $20 food and beverage minimum, but with tempting menu items like grilled Calabrian shrimp and pizza topped with mozzarella, salami, and chili oil, the minimum shouldn’t be a problem.