One More for the Road... 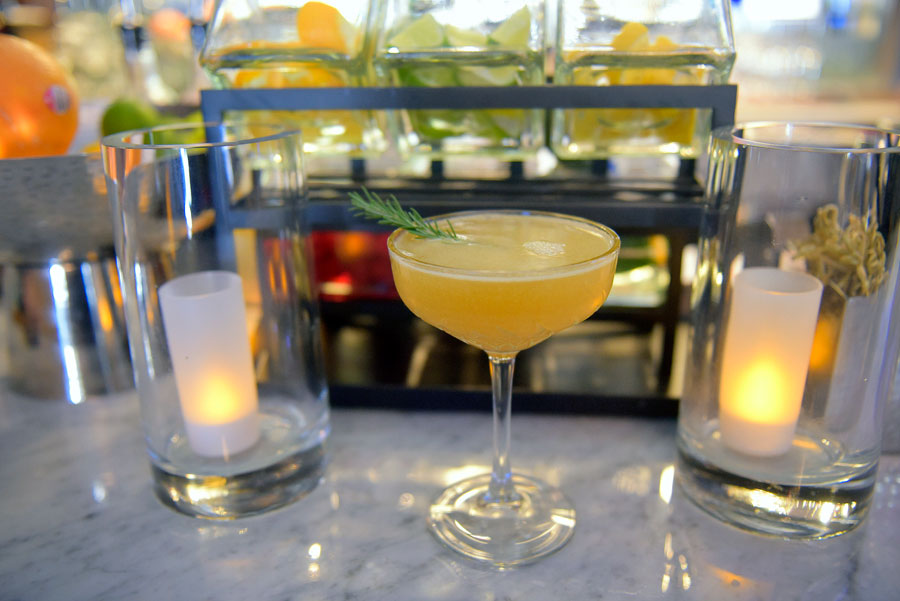 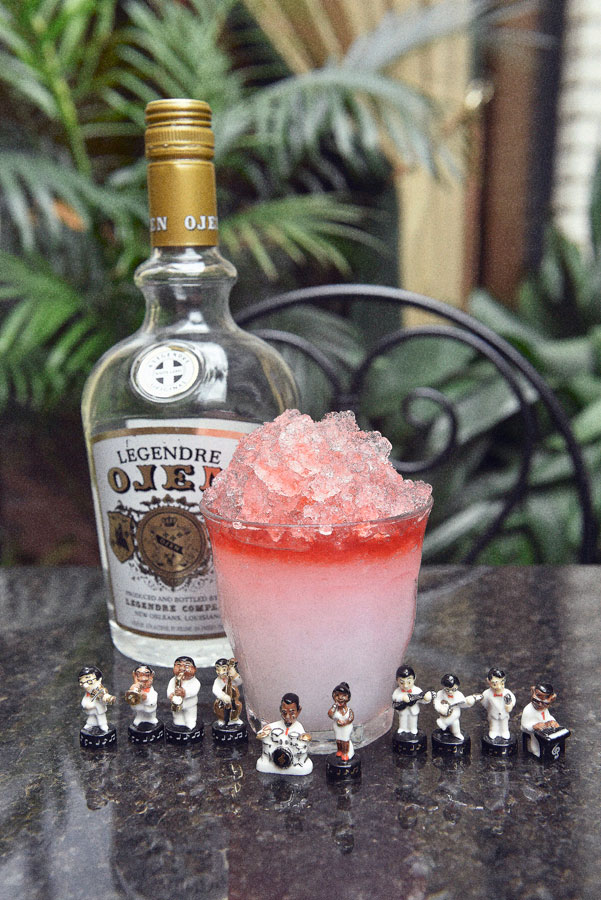 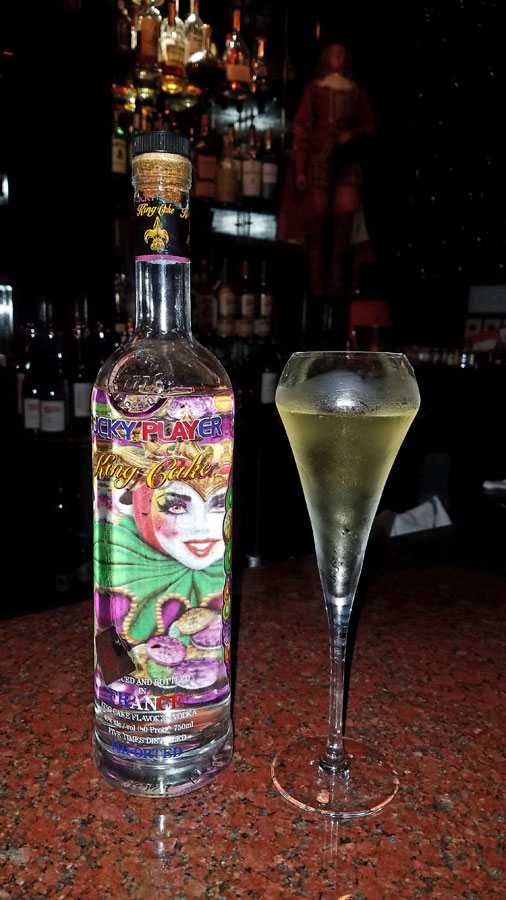 Libations are for socializing and celebrating, and then there’s the other side of the coin-- when there’s loneliness and sadness.

Maybe these two opposites joined by a familiar thread, drinking (!) is one reason the classic bar song, “One More for My Baby, and One More for the Road,” has been so popular for more than 75 years. Perhaps many have been on both sides of that situation, or that it’s just an emotionally charged song that once you hear it– stays with you for a while.

Just for the record, pun intended, the Harold Arlen (music)-Johnny Mercer (lyrics) composition has been recorded by Frank Sinatra on at least 4 different albums–in addition to his many television and nightclub performances, who could be considered “owning it.”

The song has been recorded by other artists such as Tony Bennett, Lena Horne, Ella Fitzgerald, Willie Nelson, Paul Anka, Marvin Gaye, Cab Calloway, Iggy Pop, Billie Holiday, Etta James, and Chuck Berry. Plus the bar ballad has been featured in about 40 film and television shows, the first being sung by Fred Astaire in the 1943 film, “The Sky’s the Limit.”

Speaking of “the sky’s the limit” as just an ordinary phrase, Bombay Club bar manager Bret Daniel had quite a surprise serving a couple in New York City a decade or so ago.

Daniel first wants to encourage Bombay Club patrons to order the Legendre Ojen Cocktail made from the iconic liqueur flavored with anise that is a tradition during the city’s Carnival season.

“I was only 22 and just back from a military excursion in Japan, and working at this little dive bar,” Daniel’s story begins. “I was waiting on this couple who breezed in out of the cold weather and sat down at the bar.

“I sized them up from what they were wearing and drinking. My take is that they were ‘dive bar’ kind of people. They ordered the cheapest well liquor.”

“They paid in cash for their first few drinks, but kept on ordering the cheap stuff, getting pretty drunk and sloppy as the time passed, but appeared to be having a good time.”

“When it was time to close, I didn’t know if the guy had any more cash and he sure didn’t seem to have a credit card on him, but he pulled out a card. I noted that it had the notation, ‘please request an ID to be used with this credit card,’ so I asked for the ID which he supplied.”

“The couple staggered out into the cold weather and the dishwasher and I locked up and began cleaning up. A few minutes later, there was a knock on the door. When I answered, it was a chauffeur who was working for the couple in their Mercedes Benz-Maybach luxury sedan. He said, ‘Excuse me, but you did the right thing in requesting the ID. Here is your tip.’ He handed me 10 $100. bills, $1,000.00! You just never know!”

Royal Frenchmen Hotel bar manager, Ferrell Dugas, has been present for many of both the happiest, as well as forlorn customers in her dozen or so years working behind the bar. However, it is Mostly the cheerful patrons.

A New Orleans native, Dugas, worked the bar at world- renowned Commanders Palace restaurant for the past 11 years. Now, as bar manager for the Marigny’s most captivating boutique hotel, she and her staff take good care of hotel guests and walk-ins. Really, when you think about it, who isn’t having fun in the Marigny?!

The hotel is located on the corner of Royal Street and Frenchmen across from Washington Park-- with 16 distinctively decorated rooms, 3 spacious suites, and a charming courtyard. The bar is inside the hotel foyer with a small kitchen nearby ready to dispense Happy Hour bar bites to be served alongside the Royal Frenchmen’s bar drinks.

Happy Hours, from 2 p.m.-7 p.m. daily, should cheer up any bar patron because everything is 20 percent off during Happy Hour.

Dugas notes that the current signature cocktail is a French Royal 75, but that iconic local drinks like Sazeracs, La Louisiane, Vieux Carre, Ramos Gin Fizz and Pimms Cup are also often requested along with Old Fashioneds.

“One of our house-originated cocktails, Purple Rain, is made from hibiscus tea which gives it a kind of lavender hue,” said Dugas. Other ingredients are Big O ginger liqueur, bourbon, Peychauds Bitters, and some chopped ginger, she noted.

Effervescence, the French Quarter’s newest, most exciting Champagne-bistro has an audience of patrons who always seem to be maxed-out with merriment!!

Located on historic North Rampart street, the circa-1890s Victorian cottage has been renovated with the utmost care, stylish design, and detail. A charming patio with outdoor seating and a central fountain adds to the charismatic atmosphere.

If anyone for any reason feels just a little “off,” owner Crystal Coco Hinds and her crew have just the answers: Bubbles + Troubles sparkling wine cocktails!

The Prosecco Pop is a double whammy with a seasonal Popsicle and Italy’s gift to the sparkling wine world, a topping of Prosecco. A Honey Island Daiquiri seems so perfect with New Orleans’ pot-distilled Roulaison rum, honey liqueur, and lime, joined by sparkling Tokaji from Hungary.

Bites and flights of deliciously prepared dishes can be ordered from Effervescence’s kitchen to pair with the stunning drinks. A seafood Plateau feeds a small group while smaller bites include West Indies Crab salad, Royal red Shrimp, Murder Point Oysters, Snapper Aji Amarillo Ceviche, grilled half wheel of cheese, pommes frites, beef and panisse bites, and many other tasty treats.

Patrick’s Bar Vin continues to gain more excellent reviews since the owner-proprietor, Patrick Van Hoorebeek opened to much hoop-la 7 years ago. Named a top-10 wine bar in the U.S. by both Gayot and Fox News, Patrick’s Bar Vin has become a top draw for wine and spirits enthusiasts throughout the world, as well as winery and distillery business owners. Van Hoorebeek who is New Orleans’ semi-official Belgian bon vivant, is also is the permanent King of the Krewe of Cork, a parade organization that he organized in 2000.

The Krewe of Cork parades twice a year, once during carnival, on February 2 this year, and during the New Orleans Food and Wine Experience, Royal Street Stroll, May 24. In addition to parading, members enjoy monthly dinners, parties, and other social get-togethers.

Every year, a Grand Marshall is selected as the ceremonial leader of the parade. This year’s honoree is Andrew Brown, the CEO of Precept Wine in Seattle and founder of Browne Family Vineyards.

Patrick carries a number of Browne’s wines at Bar Vin, particularly the Washington State Browne Cabernet Sauvignon and Browne Sauvignon Blanc, which will be served to the marching Krewe members on Krewe of Cork parade day.

While, just off Bourbon Street, Patrick’s Bar Vin has a somewhat secluded entrance, which upon entering has a very different style and vibe than most of the bars in the French Quarter. In addition, Bar Vin has a huge covered patio for parties and other events. The bar is most always lively and celebratory, particularly around special occasions. And, there’s always “one more for the road” for patrons!